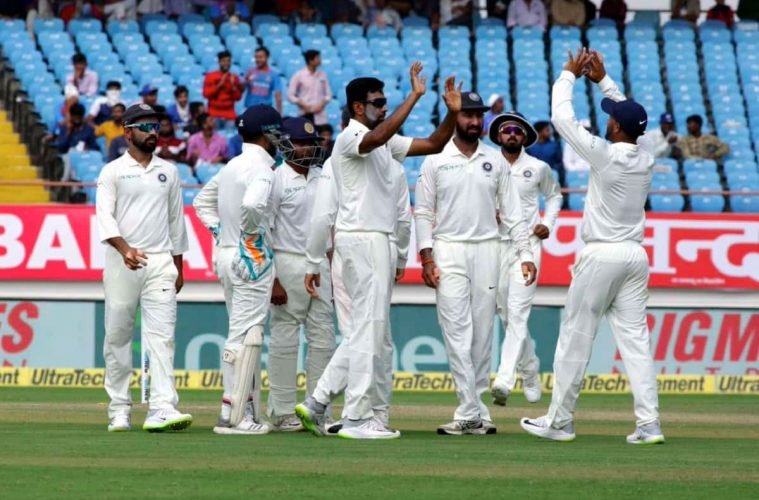 It took just three days for the No.1 ranked Test team to topple a weak Windies side. India had a plenty of positives to take out from the game. The biggest being skipper Virat Kohli ending his jinx of losing seven consecutive tosses. India went on to register their largest victory ever, surpassing the one against Afghanistan a few months ago. While some exciting cricket was played over the past few days, India hardly faced any competition. 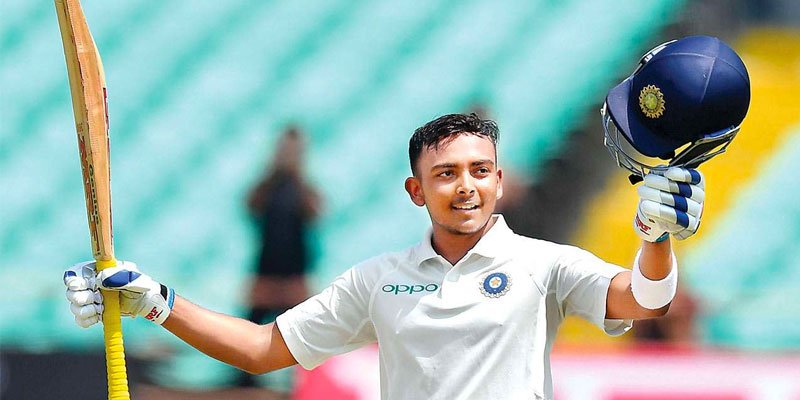 Alongside KL Rahul, it was a young 18-year-old boy who walked out at the crease. A short guy with a wonderful batting stance making his test debut at Rajkot. Despite losing an early wicket, Prithvi Shaw got going with some wonderful shots. Such was his influence that even Pujara batted with a fascinating strike rate. Together both stitched a 206 run partnership for the third wicket. While Pujara got out, Shaw went on to become the second youngest Indian to score a century.

Virat Kohli had yet another day on the cricketing field as he took his century tally to 24 overtaking Steve Smith. Rishabh Pant played another spectacular inning and with as much aggression and firepower. His 92(84) included four maximums. However, it was Ravindra Jadeja’s batting exploits that took the Windies by storm. The all-rounder registered his first ever Test hundred.

India went on to post a mammoth total of 649/9 before declaring. The Windies bowlers had to toil hard on the field. Devendra Bishoo, who bowled one-third of the overs, picked four wickets. 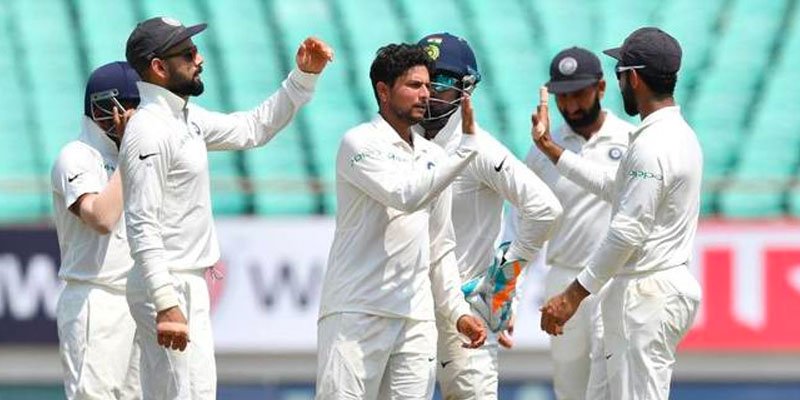 Both the West Indian openers were dismissed cheaply. Mohammed Shami who has been India’s highest wicket-taker this year continued to impress. Once the spinners took over, it became a more daunting task for the visitors. While Roston Chase and Keemo Paul tried to prolong their stay in the middle, Umesh Yadav struck the first blood on Day 2. Ravichandran Ashwin had the tail off in a flash. Chinaman bowler Kuldeep Yadav got taken away to the cleaners.

The Caribbeans were bundled for 181 runs. Virat Kohli didn’t have to do much as he immediately asked for a follow-on. It was Kuldeep’s chance to make it right in the third innings. The wrist spinner after being tonked in the previous innings returned with a five-wicket haul. After accounting for Shai Hope’s wicket, Kuldeep had both Hetmyer and Ambris back to the pavilion in quick succession. He also got Roston Chase and Kieran Powell to end up with figures of 5/57.

Ravindra Jadeja also got three wickets in his home ground. The West Indian batsman again failed to withstand the force of India’s spin bowling prowess. Their battling lineup could only manage a total of 196 on the board. The Indian team recorded an astounding victory of an innings and 272 runs. The Caribbeans received their second-worst defeat in their test cricketing history.

The Aftermath of a pure one-sided encounter

India not only outplayed the West Indies in all the three departments. They went on to decimate the opposition with their dominance. After a rough England tour, the ongoing series has allowed India to provide a platform for the youngsters. The next big assignment will be Down Under, a country where India has failed to win a single Test series. Hence, they still have amends to make after the poor outing against England.

For the next match in Hyderabad, India will be looking forward to trying Mayank Agarwal too. The lad was amongst the top performers in India A tour. Mohammed Siraj and Hanuma Vihari are also likely to get a chance. As for West Indies, they’ll have to retrospect and work upon their shortcomings quickly. The Caribbeans have never defeated India in a single Test match since 2002.