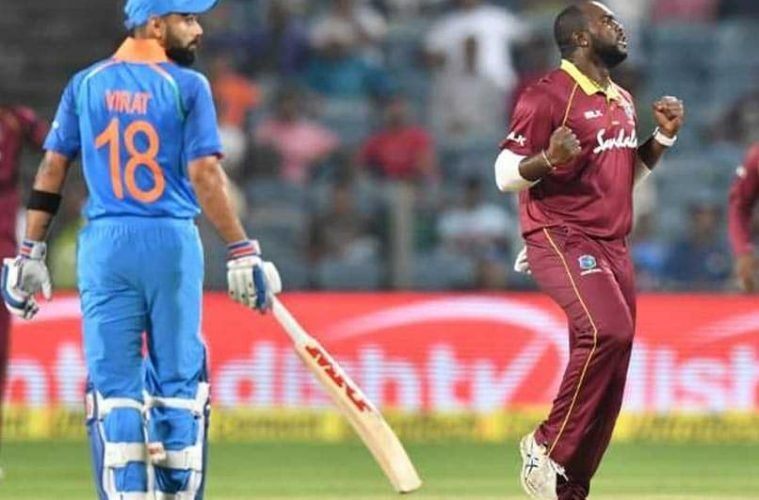 The Test matches were a testament of India’s dominance over the hapless Windies. A stamp of their absolute failure to even provide a fight to the strong Indian team. In spite of a vast difference between the caliber of both teams, everyone was aware that the limited overs series would be more promising. The news of Evin Lewis and Chris Gayle opting out certainly didn’t work well for the Windies.

A new look Caribbean side with some familiar faces in the ranks. There was some talk about the talented youngsters in their unit. The likes of Shimron Hetmyer, Rovman Powell, Fabian Allen, and Oshane Thomas as well. In the end, the series can be divided into two halves for the visitors. The first passage where they showed immense grit and determination. The second which was a replica of the Test series.

An Entirely Different Windies In The First Few Games

The first One-Dayer was a spectacular run-fest at Guwahati. Shimron Hetmyer’s scintillating innings of 106(78) took the Caribbean to a total of 322. However, India fancied chasing it under lights with the top order stepping up. Virat Kohli and Rohit Sharma combined for a sensational 246 run partnership between them. Both scored centuries as India registered the run chase with ease.

India decided to bat first for a change in the second game. Kohli scored another ton while no.4 Ambati Rayudu played a fascinating knock of 73. A total of 321 seemed enough on the board. The Windies were reduced to 78/3 but Hetmyer again had other plans who blasted a quick-fire 94(64). However, the star of the day was Shai Hope who scored an outstanding century. With 5 runs required off the last ball, the 24-year-old hit a boundary as the match ended in a tie.

Another game where the Windies underwent an early slump. Again it was Shai Hope and Hetmyer who helped them recover. The Windies were soon reduced to 227/8. From there on, Ashley Nurse’ late charge of 40(22) meant the visitors had 283 on the board. Comeback man Jasprit Bumrah picked a four-wicket haul. For India, Virat Kohli went on to smash his third consecutive century in the series. However, he failed to find any kind of support from the other end. Samuels got rid of Kohli and cleared the tail as Windies won their first game in the Indian tour.

The fourth and the fifth One Day Internationals were probably the most one-sided victories for India. It seemed as if the Windies slept midway after providing glimpses of their caliber. India went on to win the Mumbai game by a stunning 224 runs. A game where Rohit Sharma almost scored his fourth double century. For India, the everlasting problem of the no.4 position and the third seamer were sorted to an extent.

Ambati Rayudu scored a century at the most coveted spot in Indian cricket for a considerable period. On the other hand, Khaleel Ahmed proved his audacity as the third seamer for India after Jasprit Bumrah and Bhuvneshwar Kumar. Both restored the faith shown in them by the team management. It was a splendor game from India’s perspective at least for the time being.

The final frontier turned out to be another one-sided encounter. A match that didn’t even last 50 overs. The Windies who elected to bat first were all out for 104 runs. India had it done and dusted within 15 overs. Ravindra Jadeja picked up four wickets and ended up winning the man of the match. Virat Kohli who amassed 453 runs in the series won the man of the series. 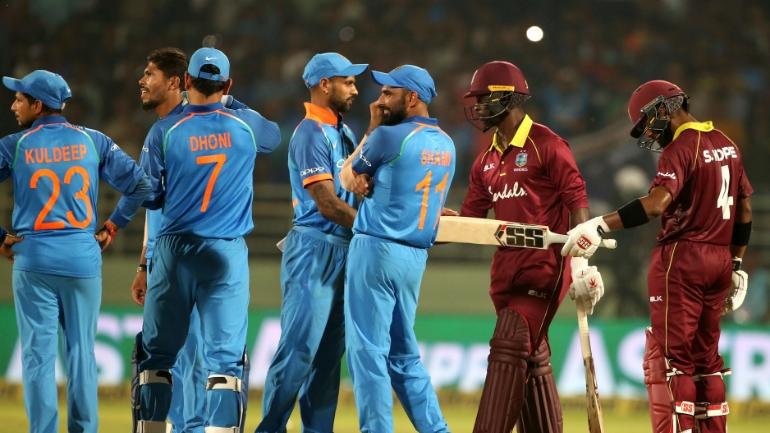 The Aftermath of the Series

There are certain questions that still remain for India though. The form of MS Dhoni is going to be a major concern once India totally shifts its focus to the One Dayers. Also, the middle order remains untested and one spot is still up for grabs. KL Rahul, Manish Pandey, Rishabh Pant and Kedhar Jadhav are all engaged in the battle. Between Mohammed Shami and Umesh Yadav, India will have to choose their fourth pacer.

The current series played a significant part for India on the road to the 2019 World Cup. At the moment, India has 13 ODIs lined up before the big trip to England in June. This again gives India enough time to test their bench strength and finalize their squad for the mega tournament. With all these games scheduled against Australia and New Zealand, there’s going to be some level of competitiveness.