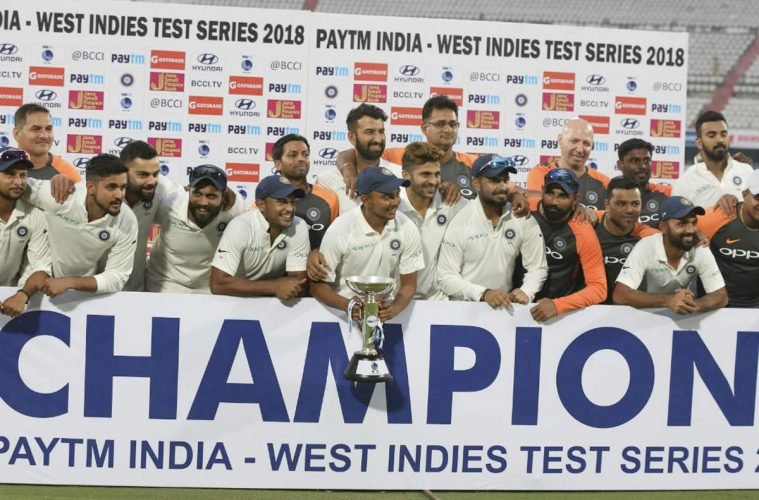 The Hyderabad Test witnessed some spectacular cricket though it didn’t last long. The West Indies performed much better than the first Test. They even had their moments in the game. Unfortunately for them, India was just way too strong yet again. With the ten-wicket win, India registered their seventh consecutive Test series victory over West Indies. Moreover, the Caribbeans have failed to record a single test victory against India since 2002.

To summarise this test match, it was another game where the Indian players stood out taller than the opposition. To be fair to the Windies, this wasn’t that bad a loss but then the record book won’t show otherwise. Whether it was the young batting duo or the spin trio or even the lanky pacer surprisingly, everyone stepped up together. The West Indians lacked the firepower to combat this reckoning force.

A tale of Yadav Hold’er’ing the Chase 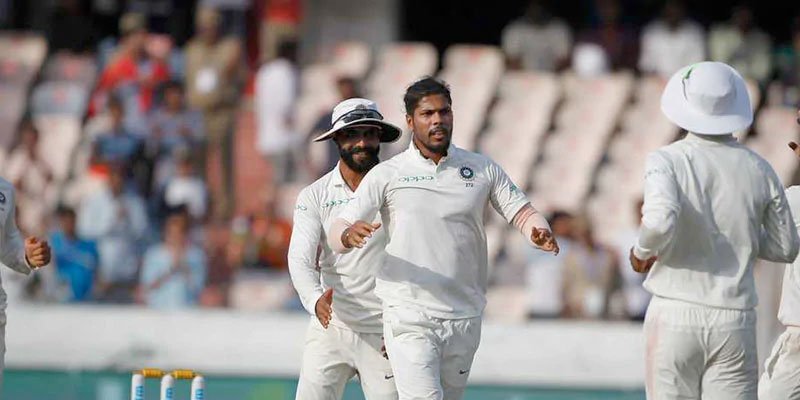 The visitors won the toss and immediately elected to bat first. The start didn’t pan out well. Openers Kraigg Brathwaite and Kieran Powell failed to withstand the spinners. Shai Hope and Simon Hetmyer also failed to get amongst the runs. West Indies were left reeling at 113/5. Roston Chase who inspired some confidence in the first Test took to the task of rescuing his team.

He combined for a 69 run partnership with Dowrich followed by a splendour 104 run stand alongside the skipper. Unfortunately, Jason Holder was dismissed on the last ball of Day One. The Windies could only add 25 more runs to their tally on the next day. However, it also saw Chase register his fourth Test Century, his second against India. Umesh Yadav ended up taking a six-wicket haul.

A tale of Holder and two young Indian prodigies 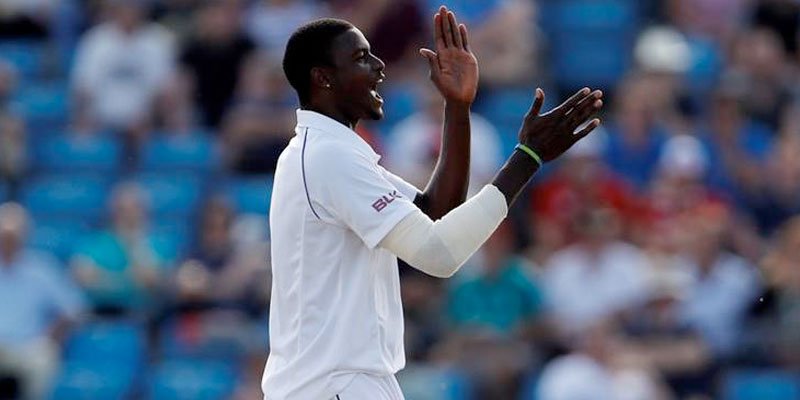 Prithvi Shaw has been creating a namesake for himself with his aggressive batting at the top. While KL Rahul was again dismissed cheaply, the 18-year-old blasted his way to a 53 ball 70 before getting out. For a change, Virat Kohli didn’t score anything significant. It was Ajinkya Rahane who was battling out there. Of late, the questions over his spot in the team have been pouring like anything.

On the other hand, there was Rishabh Pant who continued to impress everyone with his fascinating batting. The wicketkeeper-batsman like Rahane missed out on a hundred. However, a collapse followed by an Ashwin cameo meant that India had a 56 run lead. Jason Holder picked up his fifth five-wicket haul in Test cricket as India were all out before lunch on Day 3.

One bowler short? no problem for India 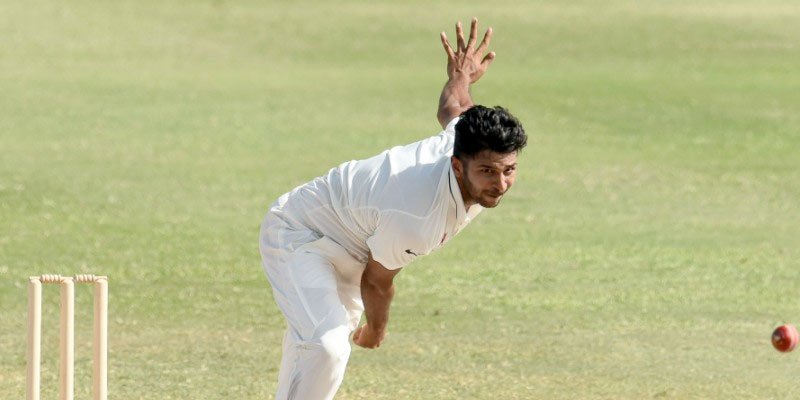 Shardul Thakur potentially bowled 10 balls on his debut game before getting injured. That means India was already a bowler short. With Umesh Yadav being the lone pacer, he didn’t disappoint at all. Bowling long sessions, executing the pressure and taking wickets. He repeated the same feat in the second innings as well. Both the Windies openers were dismissed for a duck.

The wickets kept tumbling for the opposition as the Indian spinners cashed in. Together, the trio of Ashwin, Jadeja, and Kuldeep made life difficult for the batsmen. The Caribbeans toiled hard but bowed down soon enough. They were all out for a paltry 127, giving India enough time to finish it in a single session. Prithvi Shaw and KL Rahul ensured there were no casualties as they took India to the shore with ease.

The aftermath of the victory

No prizes to guess Shaw was the man of the series for being the highest run scorer. Umesh Yadav went on to become the first ever bowler since Kapil Dev and Javagal Srinath to take a ten-wicket haul at home. The hosts surely had a lot of positives to take from the series. While the opposition was substandard, that doesn’t take away any sheen from the performances displayed.

As for West Indies, Roston Chase scoring a magnificent hundred. Or Jason Holder’s fantastic all-around show. The Caribbeans certainly had something to rejoice about. However, this doesn’t take away the fact that they lost both the games in three days. Adding to that, the Windies need to improve a lot before they can start posing a threat to a team like India overseas. They were completely belittled by this Indian unit.