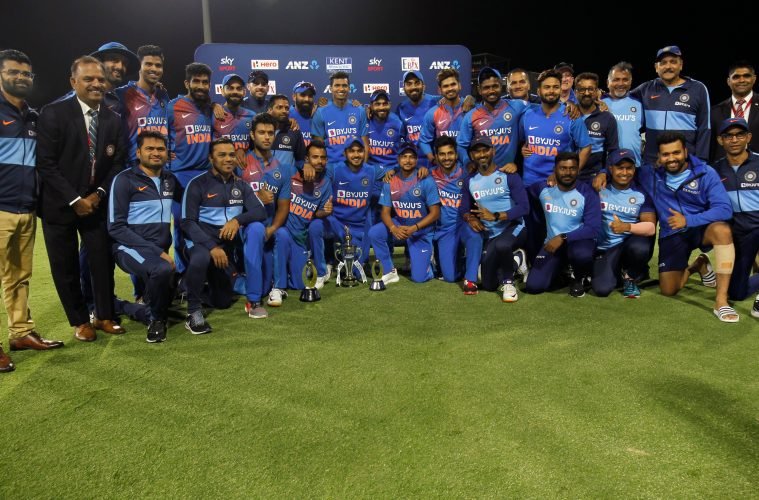 India Whitewash New Zealand 5-0 In Their Own Den

For a change, we did not have a Super Over at the Bay Oval. The crowd still witnessed a fantastic encounter in a game that didn’t have two of the most prominent batsmen from both sides, Virat Kohli and Kane Williamson. But we did witness again is yet another choke from the New Zealanders. India registered a 5-0 whitewash over their opponents as they won the game by just seven runs. The torch-bearers of the victory were Rohit Sharma and Jasprit Bumrah, who led the mantle in both the departments. 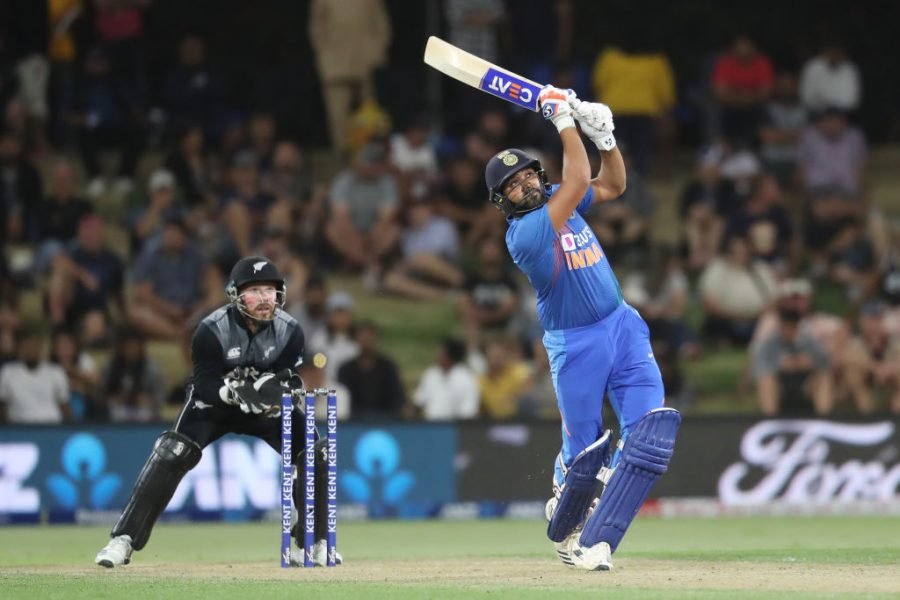 Before the series, there had been enough criticism with regards to Sanju Samson being deprived of a chance to play for India. The visitors continued to back him despite his failure in the last game as stand-in skipper Rohit Sharma came in at No.3 with KL Rahul and Samson opening. This time, the youngster failed to make any kind of impact as he found Mitchell Santner at cover off Scott Kuggeleijn. Rohit had to anyway walk in to bat in the second over.

Both the in-form batsmen then took the New Zealand pacers to the cleaners. KL Rahul went after their seniormost pacer as he slammed Tim Southee for 15 runs in an over. Rohit also kept the scoreboard ticking before the spinners were introduced. Leaving no stone unturned, the Indian captain took on Mitchell Santner and Ish Sodhi. Both added 88 runs from just 60 balls for the second wicket. Rahul got out for 45 (33) as he fell short of what would’ve been a deserving fifty.

Rohit Sharma played 2 Innings at No.3 in T20Is 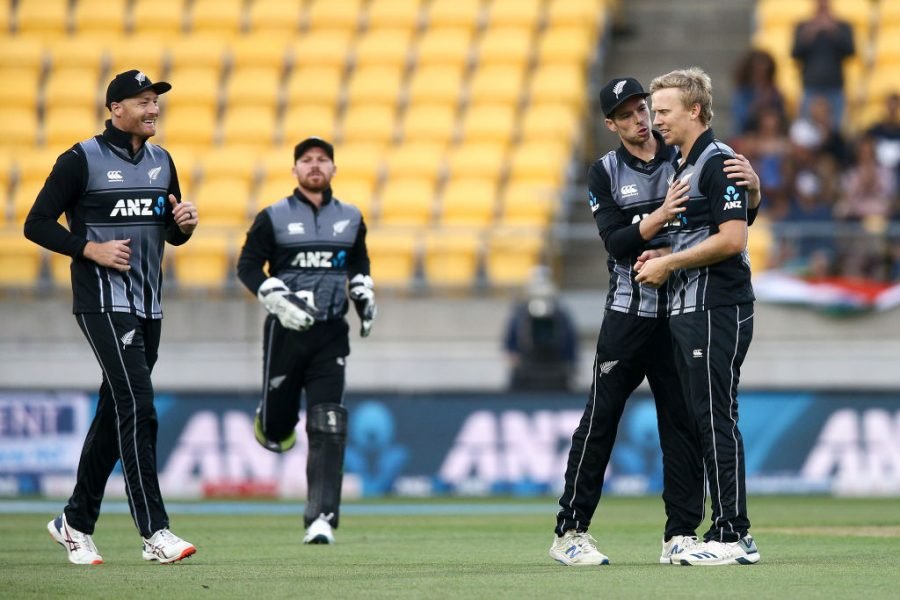 Shreyas Iyer began slowly as the likes of Santner and Hamish Bennett tried to build the pressure on the Indian batsmen. However, it was released once Iyer hit consecutive sixes, trying to get into the groove. Rohit went on to score a half-century before he got in trouble with his cramps. After depositing Ish Sodhi into the stands, he couldn’t continue anymore and decided to go off the field.

With the last few overs, both Iyer and Shivam Dube were expected to go bonkers. Instead, they ended up playing a lot of dot balls. After the captain went back, only ten runs were scored in the next 14 balls. Manish Pandey who came to the crease in the last over had no option but to hit out. Southee’s poor lengths allowed him to do exactly the same as India managed to get 15 runs in the last over to finish at 163/3 at the end of 20 overs.

Shivam Dube can’t even get into RCB’s final 11 straightaway and here he is playing ahead of Manish Pandey. This management is a joke most times🤦🏻‍♂️#NZvIND

New Zealand go slow before Dube hands them the momentum 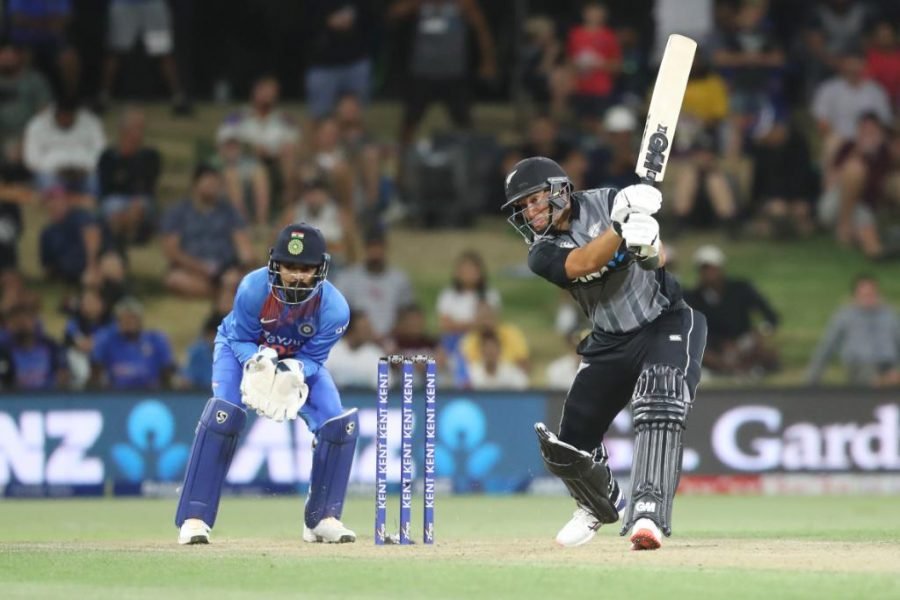 With Rohit not taking any further part in the game, Rahul who has been kind enough to don every single role in this Indian team took up the captaincy honors. Washington Sundar was back to opening the bowling for the visitors. Jasprit Bumrah struck first blood as he got a crucial wicket in the form of Martin Guptill. Munro who slammed Sundar for a six and a four before the bowler got a sweet revenge as he uprooted the the opener’s leg-stump. Tom Brunce was run-out without troubling the scorers. The Kiwi batting lineup already looks handicapped in the absence of Williamson and with the score 17/3, it seemed a huge task for the hosts.

Tim Seifert and Ross Taylor didn’t take much time to settle as they kept the run-scoring intact. However, it was the tenth over that shifted the game totally in New Zealand’s favour. Dube who had a poor outing with the bat messed up big time with the ball. The duo of Seifert and Taylor went berserk against him as he was hit for consecutive sixes by both the batsmen. With 34 runs conceded, he ended up with an unwanted record as the equation went down to 66 required off 60 for New Zealand.

Identify them by their clothes. pic.twitter.com/kcs938TlA3

Shami watching the ball fly in that Shivam Dube over! JK #NZvIND pic.twitter.com/YY6ffpjg5l

Shivam Dube is a part-time bowler. But after today's terrific performance, he can become RCB's lead bowler. #NZvInd 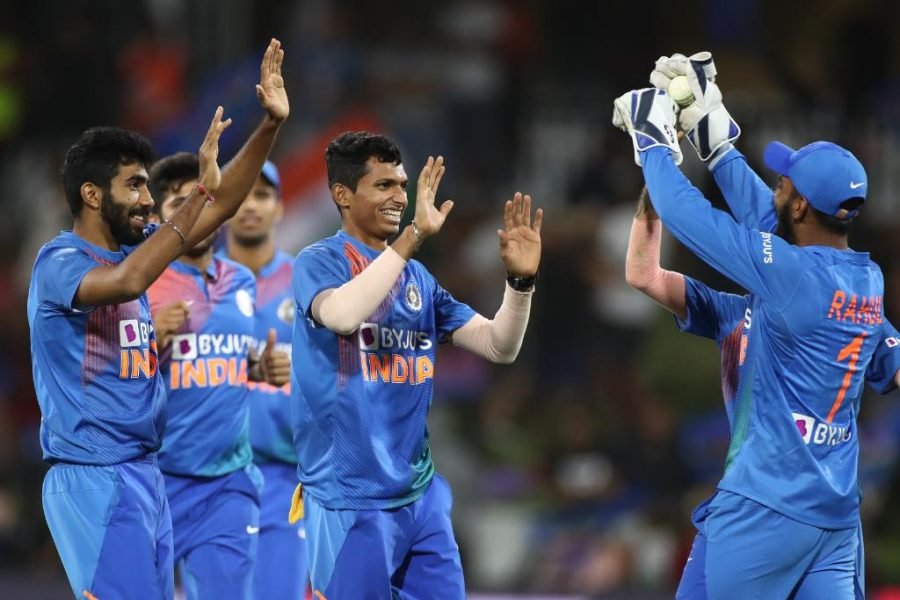 After the last two games, one would expect the New Zealand side to make a comeback of sorts. With the advantage resting on the Black Caps, they threw it away yet again. Seifert scored back-to-back fifties before losing his wicket to Navdeep Saini. The hosts further lost Daryl Mitchell as the scoring run started going down drastically for them. The Indian bowlers slowly started to capitalize before Shardul’s twin strikes reduced New Zealand to 133/7 at the end of 17 overs.

With Ross Taylor still around, the match could have still gone either way. However, Navdeep Saini accounted for him on the first ball of the 18th over as the Black Caps continued to choke under pressure. Bumrah had a phenomenal day as he ended up with figures of 3/12 as he also won the Man of the Match. There were a couple of sixes in the last over from the bat of Ish Sodhi but it was too late for the home team as they fell short by seven runs.

NZ side very similar to your average #BBL09 side – absolutely no batting depth after the top 3 or 4 batsmen…. #NZvInd

With this win, India sealed a 5-0 whitewash over their Kiwi counterparts. While the Men in Blue displayed scintillating form throughout the series, the Black Caps also gave a tremendous fight. The scoreline may not do much justice to their performance but they played their hearts out. Just that in moments that mattered, India always managed to get the better of them. Both sides will now travel to Hamilton as the ODI series kickstarts. The Kiwi side will look to rejuvenate themselves as the battle between the No.2 and No.3 side begins.