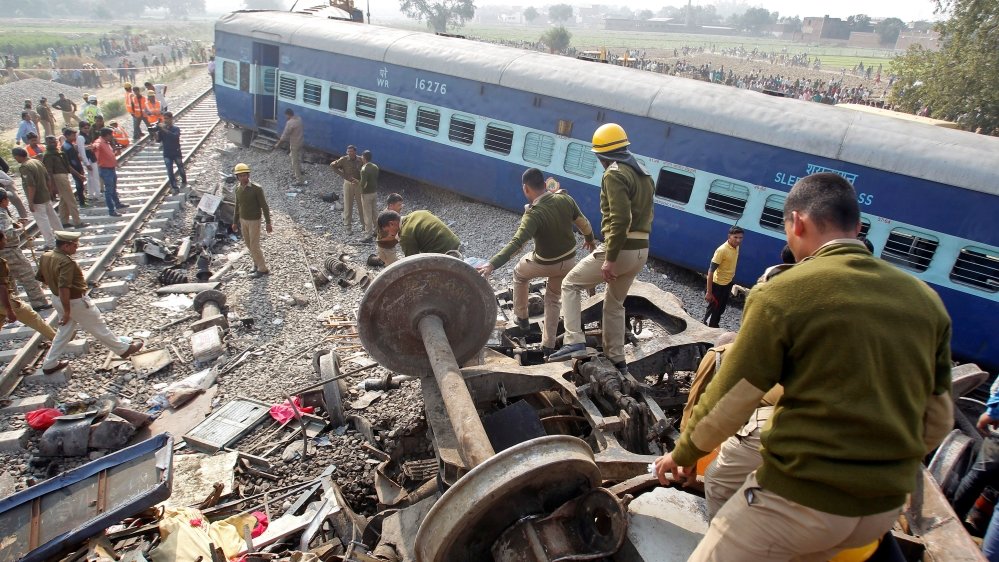 Indian Railways And The Derailment Saga – Who Is Behind And Responsible For It?

We all know that there are issues in our railway system. Managing such a complex and magnanimous system cannot be easy a task. Thus, evidently mistakes or faults are not rare. But railways is also an industry where mistakes may mean risk to lives of thousands of people. And if we, as citizens, get to know that some faults are enhanced on purpose to make an accident appear natural, then it breaks our trust in the system. Sometimes somethings that happen could be averted if the government is a little more vigilant. Once the blame shifts in the government’s court, it gets highly political.

The Kalinga Utkal Express derailed on the 19th August in Muzaffarnagar District of Uttar Pradesh. It was the third major derailment in Uttar Pradesh and fourth in the country. Coaches climbed on top of each other, crashed into houses killing 25 and injuring 156. A compensation of Rs.3.5 lakh was offered as compensation to the kin of those who lost their lives. Rs.50,000 were offered to those who were injured.

Here it is notable that it has not been long since Uttar Pradesh was taken over by its new Chief Minister, Yogi Adityanath who replaced Samajwadi Party’s Akhilesh Yadav. Thus, many people have been speculating but few dare to speak out, is that this is the result of the opposition trying to shake the Modi government. As BJP continues its rule and Modi’s position continues to strengthen in the country, other parties seemingly tend to take steps that justify the ‘dirty’ attached to ‘politics’. 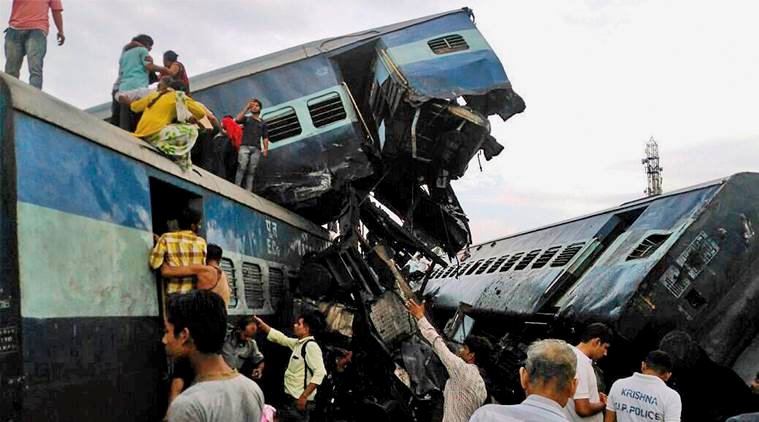 The Railway staff is always surrounded by blame stories. Failure of equipment, like broken rails, road spread, the effect of weather on tracks, deficiency of lubrication (among several others), poor handling of the train by the driver also adds to the already never ending list of problems. For instance, the Kuneru train derailment earlier this year, which caused a hiatus, was blamed on the reuse of logs. The logs were being used even after they had crossed their expiry date of five years.

There are just too many things that can and are going wrong. But there are some factors that go beyond the government’s already loosening control. At a time when 7,000 km of the 64,000 km railway tracks, 80 bridges, 40000 coaches are in urgent need of change and 5,000 level crossings are in dire need of removal. However, Indian railways is facing a loss of Rs.33,000 crore, as per last year numbers. All this is only on passenger business. How is such a large system to be maintained, in such a case? How in the case, if every rupee that is earned, 95 paise goes towards meeting the working expense? You may ask, especially in light of the fact that on 7 September alone, three trains in Delhi, Uttar Pradesh and New Delhi derailed. What has triggered this unwanted series of deaths and mishaps?

Can one reason be that as time passes, more and more tracks pass their expiry date?

Then there is this one problem that is ever present like turmeric in every Indian dish. The threat of terrorism. The most recent such derailment that was also the most intensive in terms of damage. It was the Indore-Patna express derailment in Kanpur in November last year. This was also the most devastating derailment that the country has seen in the last seventeen years. Before that two trains carrying 2500 civilians had collided in Assam, in 1999.

That accident had killed 250 people, while the derailment in November killed 150. Bihar police captured three men who confessed that they had been paid 3 lakh rupees to cause the derailment. ISI is suspected to have plotted the entire accident after paying somewhere around 30 lakh rupees to a man in Nepal. This man, Brajesh Giri, had connections in Dubai, that are linked directly to ISI.

Sometimes, the Maoists too are said to have been behind the attacks. For instance, the derailment in May 2008, when 148 civilians lost their lives to a planned derailment by Maoists in West Bengal. Needless to say, several others were injured. The Kuneru train derailment (January,2017) also occurred in Vizianagaram district in Andhra Pradesh, a Naxal hit area, where the tracks too showed heavy signs of tempering. The Maoists were especially under fire due to the closeness of the date of accident with the Republic Day.

The case against them intensified when Prime Minister Narendra Modi was to visit the state of Odisha in April. To oppose this visit and his policies, the Maoists blasted a railway station in Rayagada district in Odisha and plastered handwritten posters against him.

In light of the recent events, the political factor seems to weigh out every other factor. Can Maoists really carry out such catastrophic acts alone, with no help from anyone of any considerable influence? The government is taking measures and making promises. A total of 1 lakh crore rupees has been invested to introduce new technologies like track monitoring. Some 2 lakh employees have been hired and a whole lot more has been put in. But how is any of that going to control the political rivalry and unrest that prevails in every state, every district and every village of the country?

On 3rd September Suresh Prabhu was replaced by Piyush Goyal as the Railway Minister of India. This comes after Prime Minister Modi reshuffled his cabinet on the same date. By doing this, the Prime Minister signaled his countrymen that he will not let incompetent people stay in his cabinet. However, if you look at it at a deeper level, the change also signifies that the government has been rattled. 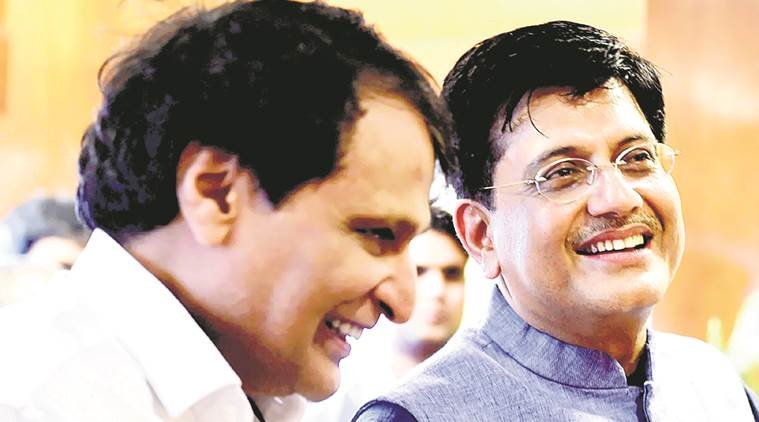 Is paying compensation by the government enough, though?

After every train derailment, the railway government, the head of the  the state where the derailment occurs and the central government, all offer cash compensations to those who are affected by the accident. Each person in paid at least 50,000-1,00,000 rupees. The rescue workers put in their time and effort and risk their lives to save the victims. The Ambulances are continuously on duty and the doctors work overtime. Chief ministers and health minister too, get involved. Trains are cancelled and diverted.

A very common question that arises in such a situation is that, if you are shelling out money anyway, then why not pay for the prevention rather than the cure?  Why not increase the security? Why not make laws and take measures that terrifies the underlings of the masterminds behind the derailments? It is pretty clear that in their attempt to snatch power, the political parties frequently make pawns out of civilians. Apparently, these pawns need to die in (at least) hundreds for things to change in their favour. So why not attack the doers, the ones who are acting out the strategies, the base of the tragedies?