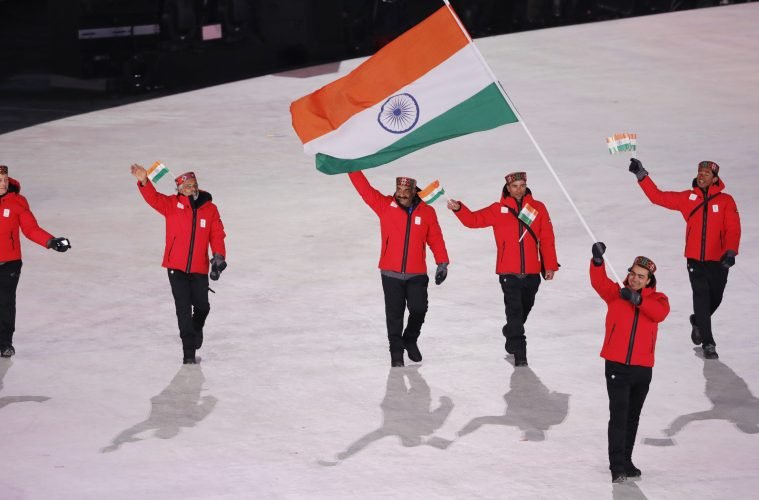 For India this year has been no stranger than the previous Winter Olympics at Sochi. And the previous one at Vancouver and at Turin and Salt Lake City and Nagano. The list goes on.

It is understandable that Winter Olympics aren’t held in the same regard as its summer counterpart. More because of the participating efforts rather than the events. But the dismal performance of India over the years cannot be justified.

From a minimum of 1 participant to a maximum of 4 (2006, Turin), it has become a matter of formality rather than competing for medals. Yet there has been one athlete who has been holding the mantle of the whole nation over the last 20 years. 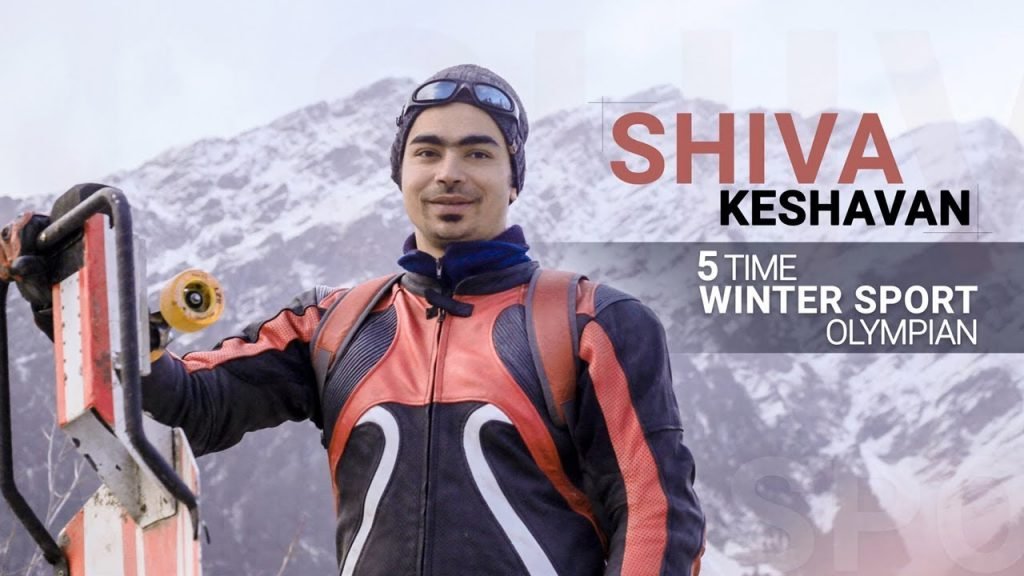 Keshavan – India’s flag bearer at the Winter Olympics for years

Born to an Italian mother and an Indian father, Keshavan has been regularly competing in the sport of Luge. It is sport where a competitor or two-person team rides a flat sled while lying supine, face up and feet first. He has been representing India since then.

At 36 though, Keshavan had announced this would be his last Olympic event. He has also represented India in the Asian Championships as well. Keshavan is the reigning Asian champion in Luge and the speed record holder. He has won Asian Luge Championships in 2011, 2012, 2016 and 2017.

Now in his final year, Shiva Keshavan ended his run finishing 34th in the Men’s Single Luge event. Though not his best, but it is only so much he could do with limited equipments and quality trainers. More so, when the Italian Association came calling for him in 2002 to represent Italy, Keshavan chose to stand by his country.

“I started my Olympic journey as a young, 16-year-old. They say time flies when you enjoy what you’re doing. Here I am, 6 Olympics old. What an emotional and exciting ride it has been.”

Jagdish Singh – Another victim of red-tapism

This time around though, another Indian made his Olympic debut on another white field. Jagdish Singh competed in the 15km cross country Skiing event. However, the result was hardly motivating. The 26-year-old skier clocked 43.03 minutes while crossing the finish line at the Alpensia Cross-Country Skiing Centre to end his race at 103rd out of 119 competitors. 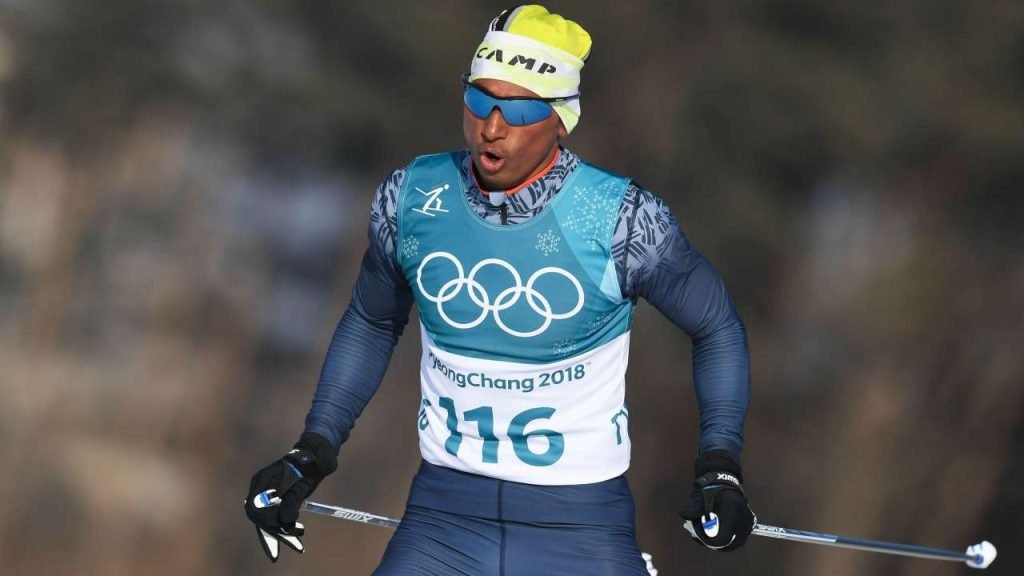 Jagdish was thrilled with his debut. After the game he said,

“It feels great. I gave my best and had a good run. I’m happy I was able to finish the way I did. I performed a lot better than I expected to.”

Earlier there was some delay in arrival for the debutant as there was a disagreement  between the Winter Games Federation of India and his employers, the Indian Army, over who were supposed to accompany Singh to the Games.

Nadeem Iqbal, 34 who is a former skiing participant from India confirms to have been training the athlete since he had been himself involved with the sport.

Training alongside him, Jagdish improved on his skills to qualify for the games this year. Iqbal, the first athlete from Jammu and Kashmir had participated in the Sochi games previously finishing 85th in the cross country Skiing event in 2014.

From training on ski tracks with potholes to competing in events using borrowed equipments, infrastructure and institutional negligence has caused competitive sporting in India to take a backseat. More so for the winter sports.

For instance, Dipa Karmakar, the first Indian gymnast to qualify for a Women’s Vault final at the Olympics 2016, began her training on equipment fashioned using discarded scooter parts and crash mats. 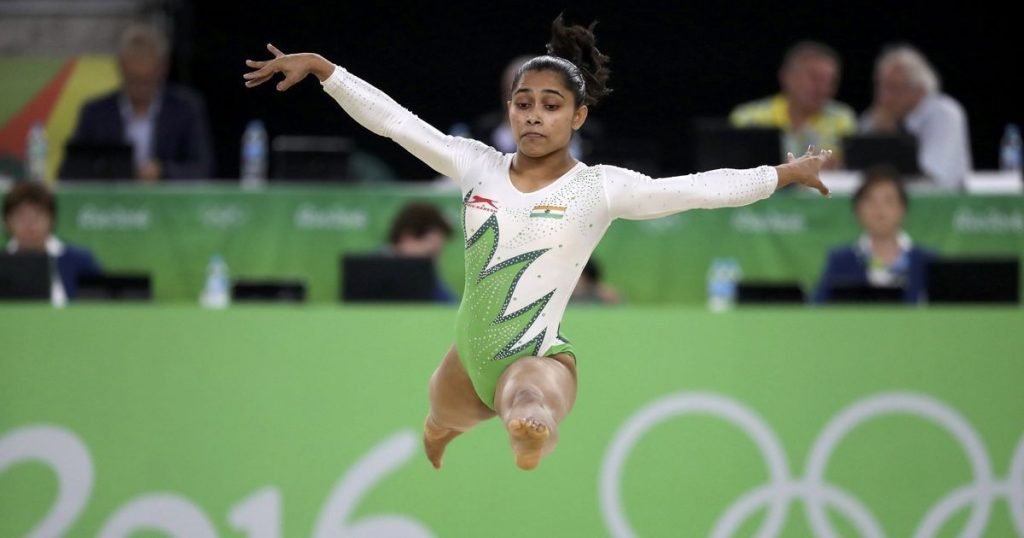 Shiva Keshavan has also commented on crowd funding his participation quite often for international events. The Indian Sports Ministry did provide the Luge rider with 20 lakhs this time but then again it was just three weeks before the Pyeongchang Olympics.

Jagdish Singh too believes that the winter sports unlike regular games require movement of different muscles hence special equipments and training is required.

As heard on numerous occasions, athletes lay much emphasis on the “process” rather than their personal efforts.

So for once let’s take their word for it and hope India’s next winter outing doesn’t remain so cold.