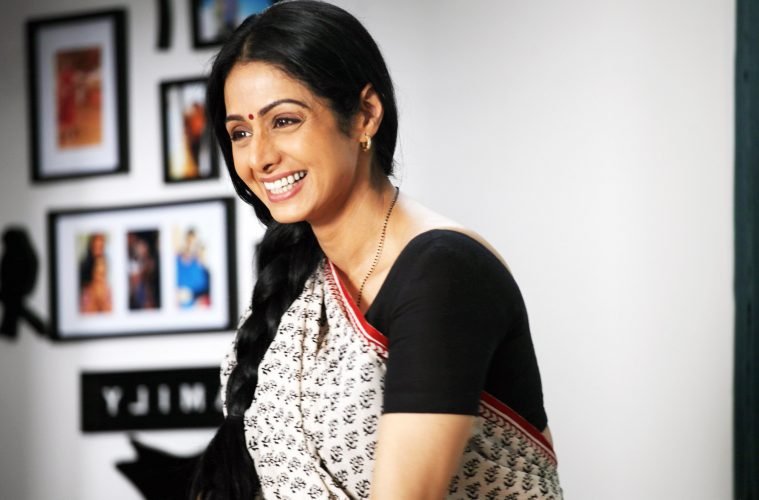 Rest In Peace, Sridevi! You Will Always Be Remembered As India’s First Female Superstar

The night passed a little too slowly for fans around the world, her fans and the film fraternity. As legendary actress Sridevi passed away, it seems that the film industry and everything around has come to a standstill.

She died due to a cardiac arrest while attending her nephew’s wedding. With the death of the “No. 1 female superstar”, a vaccum has been created which would be difficult to fill in the years to come.

Let us take a journey back to the time which made Sridevi what we know her today and gave us a legend we can never forget.

A star in the making

Born as Shree Amma Yanger Ayyapan on 13 August 1980, Sridevi started her acting career at a very young age. She starred in the movie Thunaivan at the age of 4. She essayed the role of Lord Murugan.

Sridevi was only 13 when she played the role of Rajnikanth’s stepmother in the movie Moondru Madichu and later went on to play his love interest in the movie Chaalbaaz. 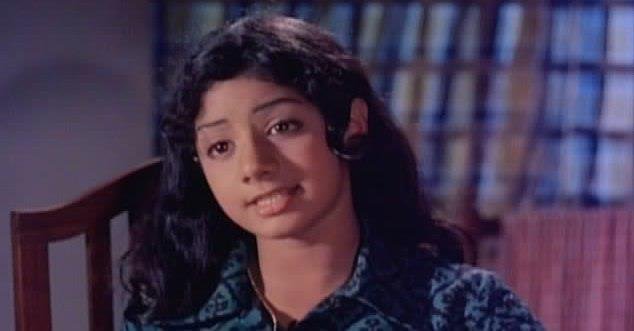 After doing many films in Tamil, Telugu, Kannada, Malayalam, she made her Bollywood debut in the cult movie Julie. She essayed the role of Anglo-Indian Julie’s younger sister, Irene and thereon started a remarkable journey which will always be tough to forget.

Sridevi is very famously known for the versatility she showcased in all her movies. Working with actors like Rajnikanth, Kamal Hassan and Amitabh Bachchan, Sridevi showed natural screen presence and an ability to play all her roles with extreme honesty.

Be it the fierce mother in Khuda Gawah or the young journalist in Mr India to the Icchadhari Naagin in the movie Nagina, she portrayed a wide variety of roles in her career. What she was particularly known for was her comic timing and extreme prowess when on screen. Her comic timing was so good that sometimes she even overshadowed her fellow actors with her stellar performance. 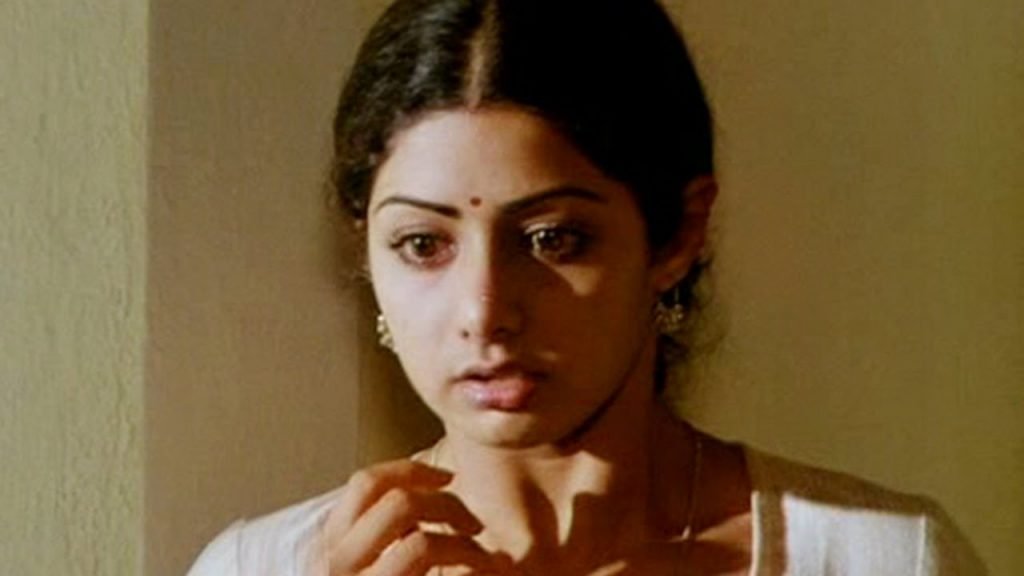 The movie Sadma is one example of her fine acting where she portrayed the role of a girl who behaves like a 6 year old. She debuted as a heroine with the movie Sola Salavan and then came a string of successes starting from Himmatwala.

Nagina was however, her first breakthrough from where on she went on to be classified as the “No. 1 female superstar”. This is because she did a number of female-oriented movies like Chaalbaaz, Nagina and Chandramukhi.

And well who can forget those dance moves!

The “kaate nahi kat te yeh din yeh raat” is a legacy in itself. The blue saree was a fantasy in everyone’s minds and still remains to be one.

The person Sridevi was off camera

On the work front, Sridevi remained to be a reserved person. Which was often confused with arrogance for some time. Often after shoots, Sridevi used to resign to her room and start reading. Something which people like Kajol also got inspired from.

Sridevi reached the peak of her career with utter silence and all the hard work. Known for never being in controversies, the only time she became a major headline was when she got secretly married to Mithun Chakraborty, who later ditched her. She got divorced and eventually married Bollywood producer, Boney Kapoor. 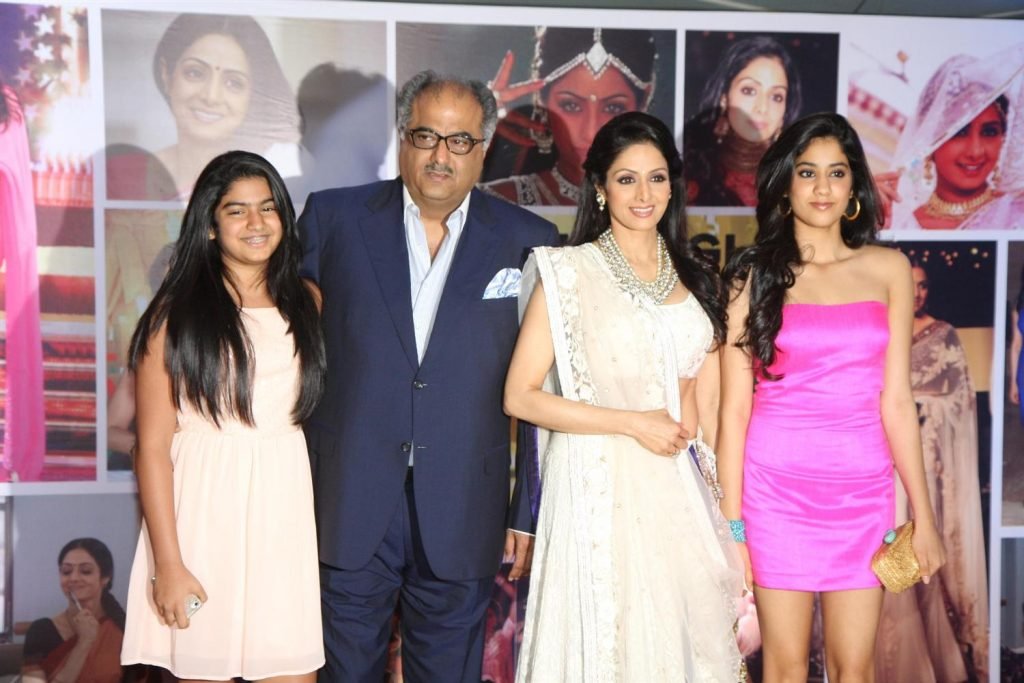 One of the most strong headed woman, Sridevi never kept the fact away from the media that she was 7 months pregnant at the time of her marriage. Sridevi eventually took a sabbatical from movies. Her major contemporaries like Madhuri Dixit and Jayapradha continued to get inspired by her.

In her interviews, Sridevi has often laid importance to education. While she could not be educated because of her tight shooting schedule, she kept her daughters education on the forefront. And has also encouraged other children to focus on their education.

She made multiple TV and film appearances and finally made a fierce comeback with Gauri Shinde’s English Vinglish. In which she played the role of a mother incapable of speaking English. Her last movie was Mom. The movie received good critical acclaim and accolades for her performance. 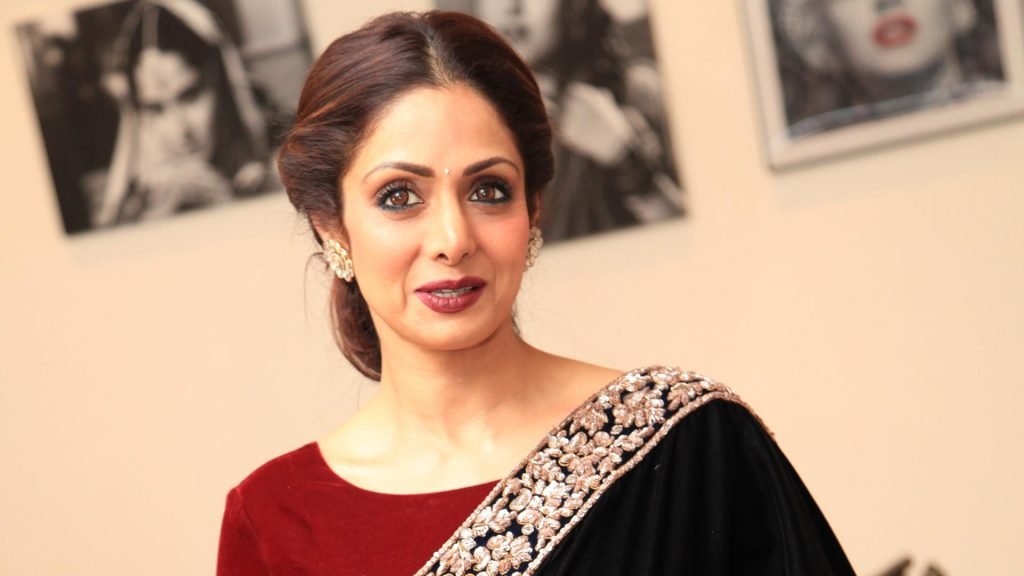 It is truly sad to lose out a star who enumerated people’s lives with laughter and entertainment for all their lives.

The world has lost a gem and this loss can not be recovered soon. You will be missed, Sridevi!