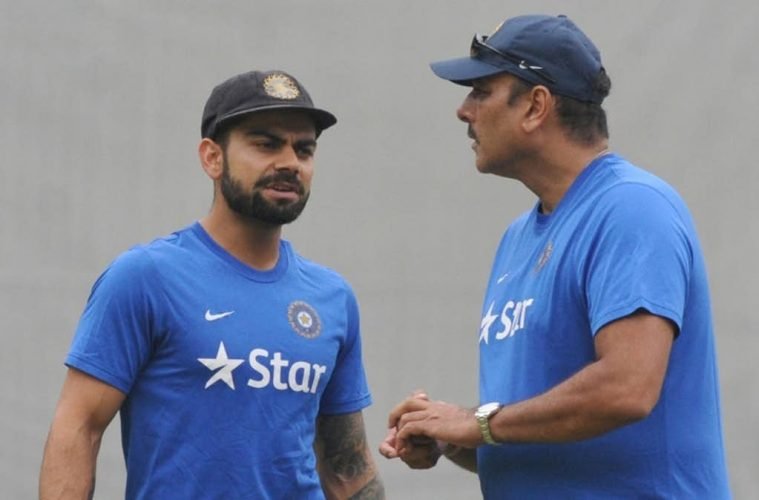 What Could Be India’s Perfect Batting Order In ODI?

The legendary Sunil Gavaskar recently said that India’s top 3 batting order are the world’s envy. And there is no doubt that Rohit Sharma, Shikhar Dhawan and Virat Kohli are the kind of batsmen every captain would want to have in their team.

However, it’s the vulnerable middle order that has been the biggest riddle for the Indian team management is yet to solve.

But have these men provided a solution? Or is it the right batting order the side is looking at considering the 2019 World Cup?

Well, I will be extremely blunt here. I have serious doubts about the thought process of both Shastri and Virat. This is because class performers are sitting out and the players who have been given almost uncountable opportunities in the past are back in the team. 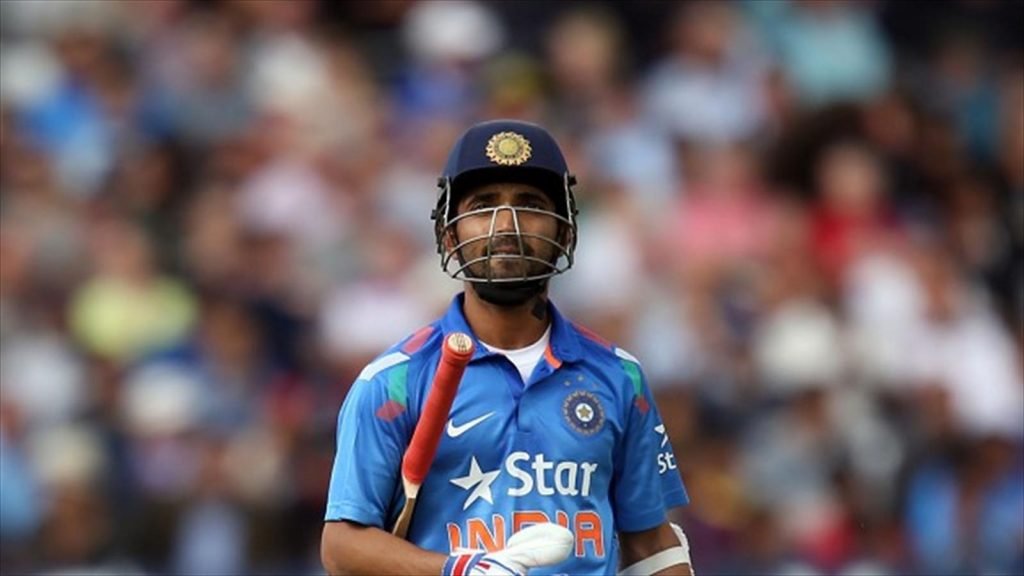 Imagine a man who has been an opener in every format is asked to bat in the middle order just because there is no place for him at the top. Although, he has the elegance, shots and temperament to be extremely successful in the limited-overs format.

For me Virat is being selfish, just because he wants to bat at No. 3. He is not trying to understand what a Rahane would bring to the table just by making the cut in the playing eleven.

In an ideal scenario Virat’s position should not be tinkered with. But a captain needs to take tough calls depending upon the requirements of the team.

Did not Sourav Ganguly let go of his opening slot to accommodate Virender Sehwag? Didn’t Dhoni become a finisher because he knew he was the best man for the job? If those two greats can do it, there is absolutely no question why Virat can not. 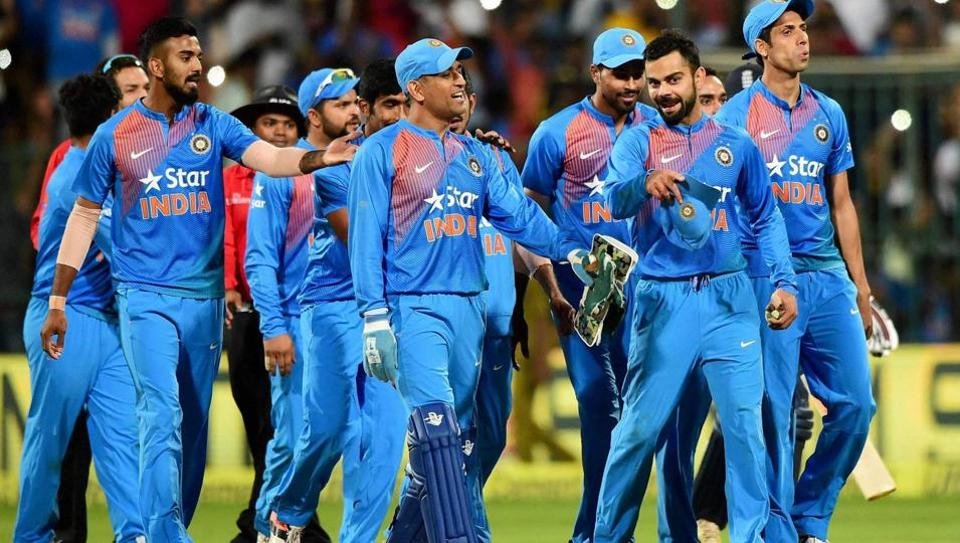 In the present context the only way out for the team management would be to have Rohit and Shikhar as openers and Rahane as the No. 3 batsman in the side. After all, the guy has a solid technique. Also, in recent times he has shown the promise of being a fine limited-overs batsman.

His record during the West Indies tour and the ODI series against Australia at home was simply exemplary. The Mumbai lad had also spent some considerable time with Sachin Tendulkar. He has worked on his technique, showing immense improvement in his much criticized ability to rotate the strike against spin in the middle overs.

Just because you assume that he is your third opener shouldn’t be a predicament for him not being picked in the eleven. He is in such great form that keeping him out of the team will look foolish. Sadly, that is precisely how it is looking right now.

Captain Kohli’s rightful position in this batting line-up without any iota of doubt is No. 4. This is because from there he can play the kind of role he wishes for the welfare of the team. If a lot of overs are left with, then he can play the role of a sheet anchor which he does with such commendable ease at the moment. Or else he could come in, get his eyes set and then launch a full blooded assault on the bowlers with Dhoni coming in at No. 5 and Hardik Pandya following him. 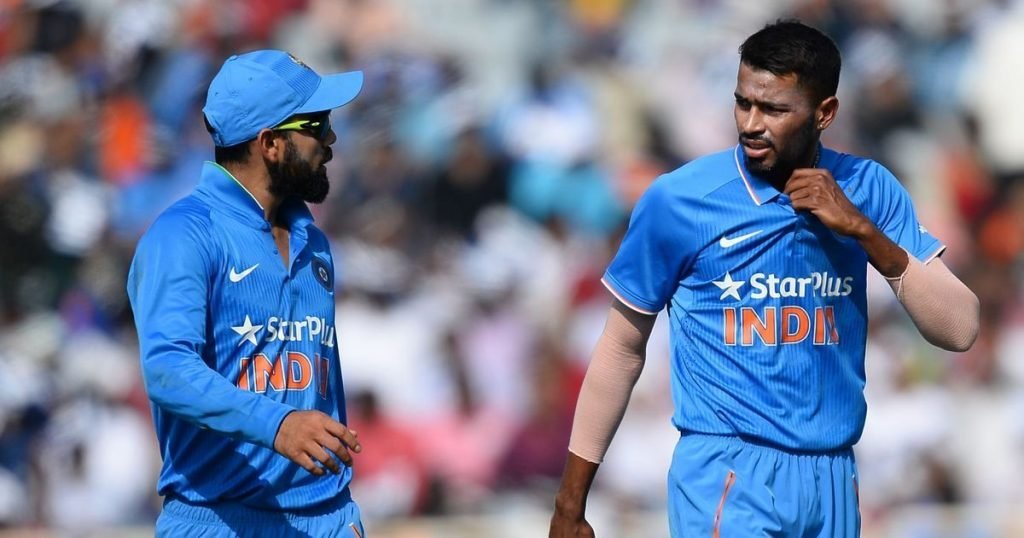 Kohli at No. 4, followed by Dhoni and Hardik makes a lot of sense as Kohli can easily adapt to any situation whatsoever.

At No. 4 overs won’t be a problem either. Because, the captain would definitely get to play a lot in the middle of the innings. That way India wouldn’t have to sacrifice Rahane just for the sake of Shikhar’s inclusion in the eleven.

With Dhoni and Hardik coming in to bat right after Kohli, provides a perfect balance to India’s batting. That would mean MS would get the much needed overs to settle down before he starts to hit the ball right out of the park.

In recent times, Dhoni has found it really tough to straightaway hit the deliveries for sixes. This is because he hardly gets any time to spend at the crease.

Moreover, it would also mean that more often than not Kohli and Dhoni will be in the middle together during the most crucial juncture of the match. That is, the last 15 overs or so and that would surely help the team as the two are champions at assessing their and the team’s targets. They both can decide accordingly whether they need to be aggressive or focus at picking ones and twos.

With Hardik batting at No. 6, either of the two, Kohli or Dhoni will play with him. This will keep his emotions in check by advising him to play according to the demands of the situation. Hardik no doubt has all the makings of a great all-rounder. Although, one thing is certain. He needs a mentor in the middle to prevent him from going overboard with his hitting prowess. That job can be easily done by both Virat and MSD. As far as clean ball striking is concerned, Hardik has shown that he has what it takes to fill the big boots of Dhoni. He can be the perfect finisher Team India is looking for the future.

This line-up will make India’s batting much more dynamic. It will be a good mix of players who rely more on finesse rather than power and players who are superbly good at smashing the ball over the ground.

By picking this team, Virat can easily avoid the pain of chopping and changing the side almost after every series. In fact, his biggest problem of not having an assured middle order could be solved. Moreover, the current era of experimentation could come to an end just by selecting this order of batting.