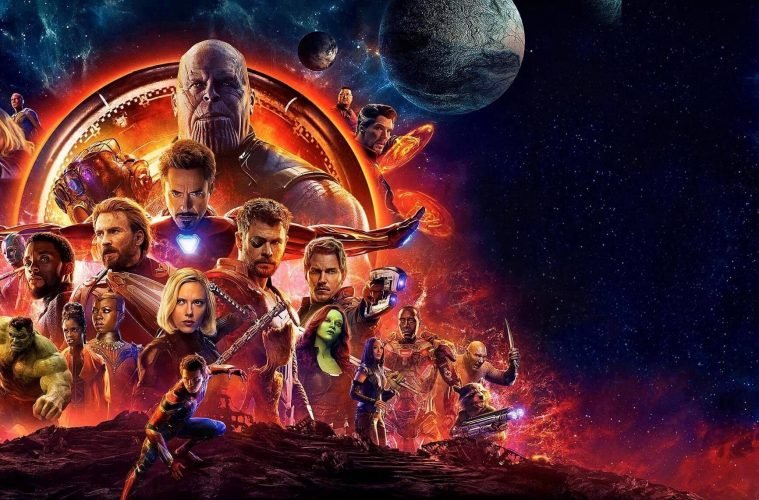 They did it. They actually did it.

One of the most infuriating aspects of that sentence is the fact that I cannot elaborate more on it. I can not. That, however, is also one of the best parts of that sentence. Marvel Studios has done it and they have done it in spectacular and gloriously epic fashion. There are missteps along the way, some more impactful than others. But there is no denying that with this extremely bold movie, Marvel has torn the roof off what would normally be considered “normal” for a film studio of this size. Infinity War is the culmination of stories that have been around for 10 years. The stakes, the danger to our favourite characters and the impact on the overall universe will be felt very deeply until Avengers 4 arrives in 2019.

Let us talk about the good first. The CGI is top notch, especially as far as Thanos is concerned. He looks real and feels like an actual character. The effects for Rocket and Groot are again on point. The set pieces of the film, a majority of them taking place outside Earth, are gorgeous to look at. It is obvious that a lot of attention to details was observed while creating the various planets where the film’s characters travel to.

In fact, as an afterthought, it is pretty safe to say that less than half of the film is based on Earth. The story definitely required it and the VFX team delivers. 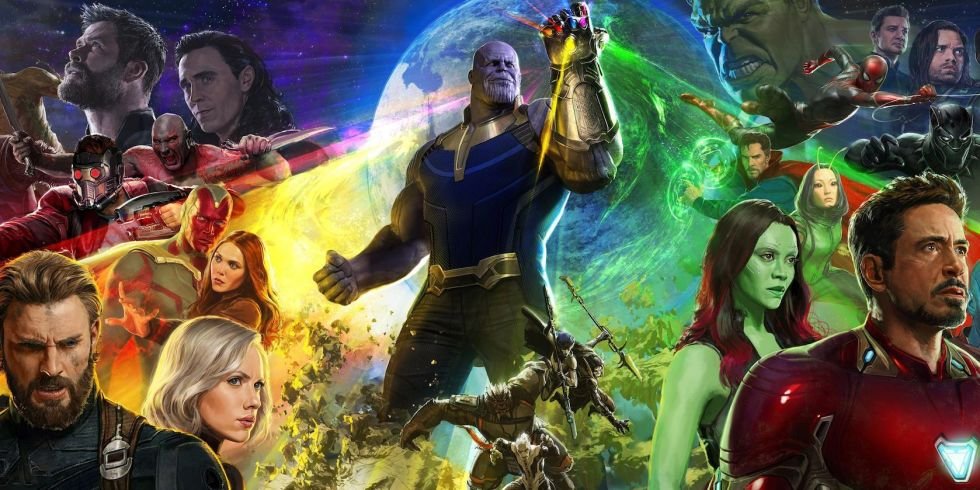 A lot of, if not the majority, fans were actually worried about the balance of humour in the third outing by the Russo brothers. Many were displeased with the excessive amount of comedy in Civil War and even Thor: Ragnarok. This reviewer is one of them. But this film faces no such problem. There is no time for fun or comedy and whatever that is, exists due to characters interacting with each other. It would be ridiculous if the moment of Thor meeting the always flippant Guardians of the Galaxy was not ripe with hilarity. It would also have been weird for Star Lord to be quipping while battling Thanos, who is more than just another bad guy to take down. This is something the movie fully realises.

This brings us to the real strength of the film – Thanos. Personally, I think Thanos is the biggest and baddest villain Marvel has ever produced. The fact that one can actually understand his motivations makes for an even more compelling character. Even if we do not relate to his struggle and what he wishes to do, Thanos is still a brilliantly created character and elevates the film to what it is. He makes the stakes of the film feel real. We feel the fear the characters feel. Especially since they are hopelessly outmatched most of the time. This hits home even more in the case of characters who are non-powered like Iron Man or Captain America. 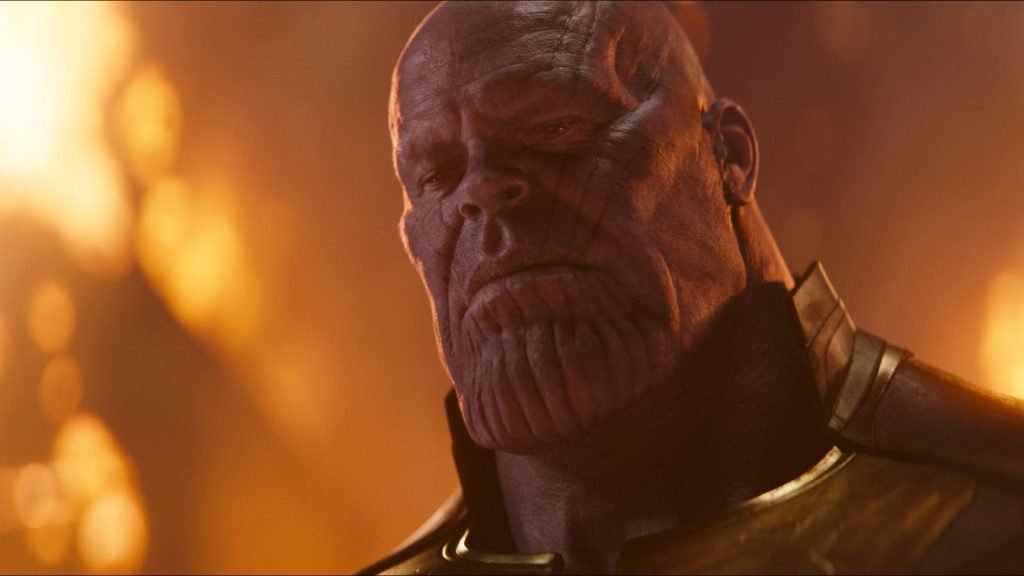 Finally, character arcs are definitely among the film’s strengths. Thanos aside, many of the main players see a definite completion of their own personal stories. Tony is dealing with being a superhero and having a family. Thor is dealing with the loss of his planet. Captain America is now disillusioned and refuses to take orders anymore. His desire to do the right thing still remains the same. However, he is jaded and seems weary in this film. The real surprise is Gamora, however. The way her arc is closely linked to Thanos’ is amazing. And it made for some really moving moments within the film, especially for Thanos. 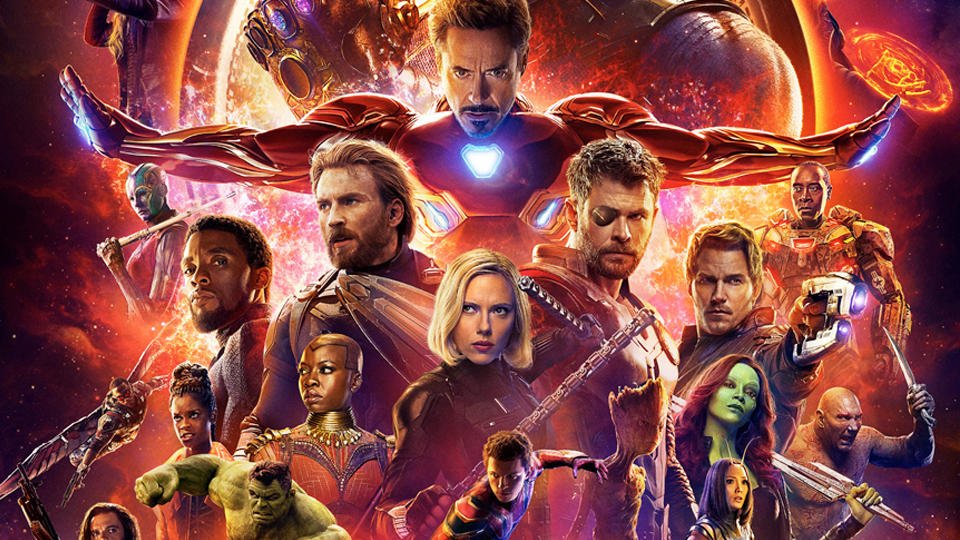 As for the supporting cast, almost everyone fares really well. The Guardians are awesome, as usual. Wakanda was a treat to return to, if only for battle. One definite highlight would have to be the little side-journey that Thor takes with Rocket and Groot (don’t worry, it’s in the trailers). Without going into details, this small arc does wonders for Thor as a character. However, the real MVP of the supporting cast is Benedict Cumberbatch as Doctor Strange. He displays a commanding presence and stands out even when surrounded by Marvel stalwarts such as Robert Downey Jr. Also, his action scenes are astonishingly good.

The burden of too many characters?

But where there is good, there is bound to be bad. Balance must be maintained, as Thanos would agree with. Similar is the case with Infinity War. While character arcs are its strength, the sheer number of characters themselves proves to be a burden for the film. The burden isn’t that heavy, of course. That is due to the marvellous job of juggling them that the Russo Brothers do. But it is enough to make the film overstuffed at times. It also doesn’t help towards giving more time for moments to breathe, especially for Captain America and Black Panther.  However, their respective standalone films provide them with enough character development to make up for the lack of it here. One example is Steve meeting Bucky after a long time. His expressions are enough to relate and add to 100 years worth of friendship. 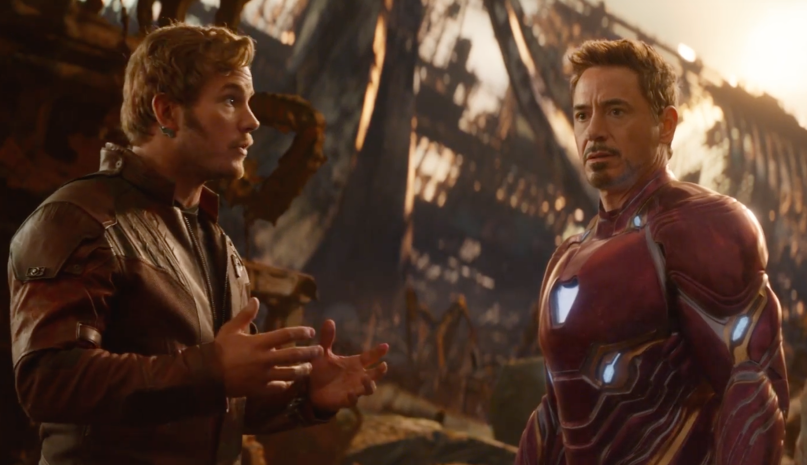 This is probably a side effect of the huge crossover concept that is a staple to comics. The stories over there suffer from such problems as well, but the individual characters’ stories assist greatly in that regard. It is a tad more noticeable in the film, though, and does a significant amount to hinder its otherwise brilliant story. Another problem, which is more of a personal gripe, would have to be the ending. I can’t talk a lot about it, but it definitely ended on a cliffhanger – the mother of all cliffhangers, as far as I am concerned. While it makes for a shocking experience, it creates the experience of an incomplete story, like the rest of it is yet to come.

That being said, Avengers: Infinity War is a bold and exciting film.

It collects all the characters over the past ten years in one film and gives us an experience that needs to be actually seen to be comprehended. It is funny, surprisingly dark at times, epic, grandiose and while it may have some problems, it is an awesome film. It’s adherence to source material, no matter the risky nature of it, is commendable and will now become a benchmark for years to come.

It is the beginning of the end of the path that Marvel set us on, ten years ago. It is exciting to see what comes next, but frankly, it also scares me a little.