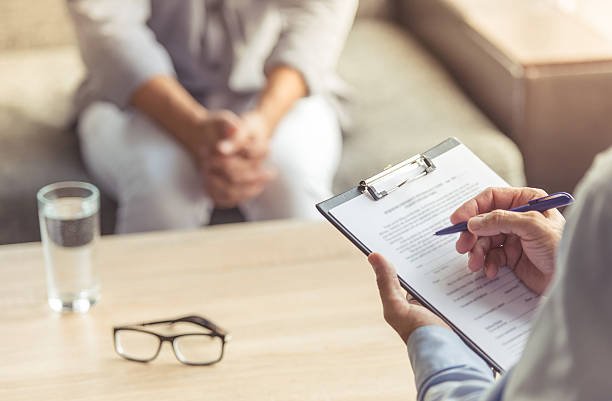 At it’s simplest, it means you can now afford the therapy you deserve through insurance cover.

The day is 16th August 2018. The Insurance Regulatory and Development Authority of India (IRDAI) has issued a notice to all the insurers in India. It marks a positive milestone for the mental health discourse. The notice directs the insurers to make provision for medical insurance of mental illness on the same basis as is available for treatment for treatment of physical illness. 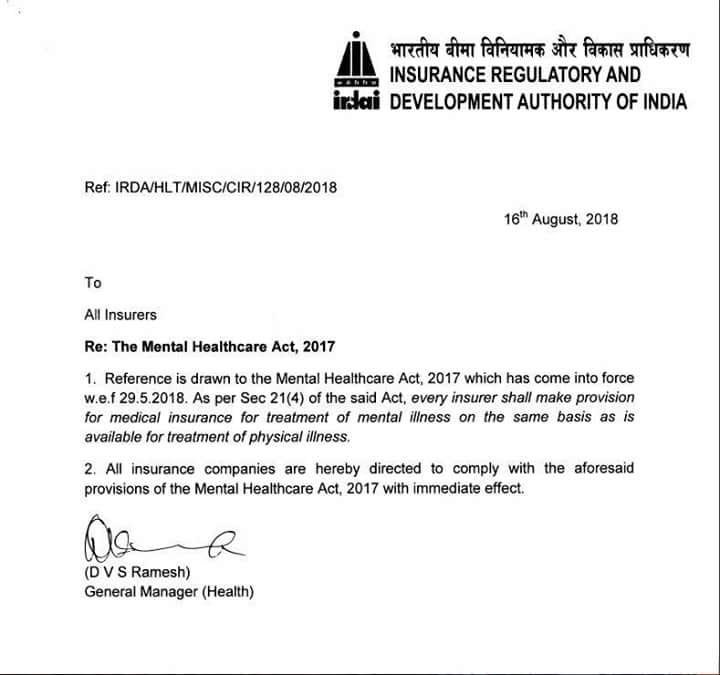 At the root of the milestone Act

It is an important milestone in the normalisation of mental health problems. And this notice owes its existence to the Mental Healthcare Act, 2017 which was formally passed by the Rajya Sabha in August 2016 and the Lok Sabha in March 2017. Everyone concerned calls the Act a landmark victory for all the mental health advocates. And for many reasons too.

For starters, even physical healthcare is not yet a statutory right. This Act also undid years of neglect and ignorance: it decriminalised attempted suicide. Mental health professionals and advocates have been speaking a lot about how progressive this Act is. It doesn’t just give legal foundation to the hitherto taboo-ed ideas of mental ill-health, or therapy, or medication. It additionally offers the patients several rights.

There is the right to information about their illness and treatment, right to confidentiality of their medical condition and right to access their medical records. The Act has gone a step further by adding elements to it that normalise the conversation surrounding it. It does so by making the government very clearly responsible for creating and promoting awareness about mental illnesses and services that provide mental health care support.

It is almost as if the system is trying to redeem itself for all these years of neglect.

What this means legally is that the insurance companies can no longer afford to ignore the inclusion of mental illnesses and their treatment in the insurance products that they offer. We can find more legal backing in the form of penal provisions. Section 109 of the Mental Health Care Act also makes Directors and CEOs of Insurance companies liable for penal action personally for violating rights.

This is especially important in the light of the statistics: According to World Health Organisation (WHO), India spends 0.06% of its health budget on mental healthcare as compared to most developed nations that spend above 4% of their budgets on mental-health research, infrastructure, frameworks and professionals. There are more numbers to prove the shortage: with 3,800 psychiatrists, 898 clinical psychologists, 850 psychiatric social workers and 1,500 psychiatric nurses, India had three psychiatrists per million people.

“I used to hate it when people trivialised mental health issues by calling them illnesses of the rich. Then I see the charges for each therapy session- and conclude that they weren’t wrong after all. Who, but a rich person can afford that?”

As a student, she adds, she was “able to get therapy at lower rates per session, but that is a mental blow as well.”

So far the insurance coverage of mental issues was limited to development conditions such as autism and Down’s syndrome. Thus, this act will make the coverage more inclusive of the basic therapy costs as well. It makes it affordable- yes. That is the whole point. But it also makes it easier to talk about it. Having these things as a category on paper, and in documents, lends them a sort of validity. Such a validity only comes from getting accustomed to seeing these options in forms and documents.

Better therapy and other MH-related services

Mental health literacy will have a ripple effect. It is bound to. When the policies will segregate and create insurance policy products with various levels of mental illnesses covered, it will lead to a clearer understanding of the symptoms and treatments.

Mental Health insurance is not as straightforward as the physical ailments coverage. In general, the health cover means your hospitalisation or treatment expenses will be borne by the company should need arise. There is going to be a complex bracketing than this, for mental health care. But at the end of the day, the positive impact is tremendous.

One, more people will be able to access basic therapy and counsellors via such coverage. Two, insurance will add to the system’s and the professionals’ credibility. Third, the treatment process will become more streamlined. Finally, people will begin to avail services of legit professionals, instead of the pseudo-professionals or semi-qualified professionals, and even predatory godmen.

So, like I said when we started out: you can now hope to afford the therapy you deserve, because, believe it or not, we all have mental health.