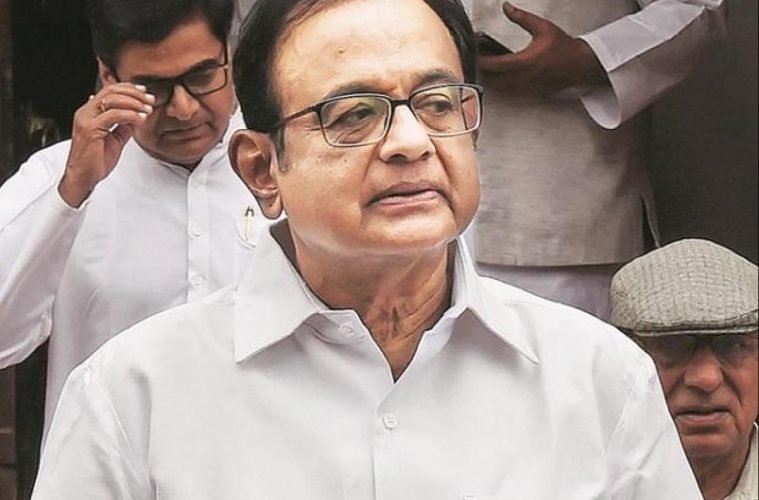 It is an awful period in Congress’ political history. It started with two major defeats in the national elections in the years 2014 and 2019; followed by accusations against former Finance Minister P. Chidambaram and his son Karti Chidambaram in the INX Media case. The Chidambarams were quick to defend themselves by asserting that the BJP laid these traps due to a perpetual strife between the two prominent parties. Political bitterness can lead to unthinkable conspiracies. But is this case a ploy? Or have the Chidambarams landed themselves in a pool of neck deep troubles parading a classic paradigm of abuse of power?

Events That Gave Rise To The INX Swindle

To understand the INX media case better, let’s rewind a little. It all began in 2007 when media baron Indrani Mukherjea’s INX Media thought of venturing into news distribution through a network called INX News. The channel required investments, for which it had obtained permissions from the FIPB (Foreign Investment Promotion Board). But INX Media infused investments which were more than 75 times the amount approved by the FIPB. INX media made this happen by roping in three foreign investor companies that put in huge amounts, as much as ₹305 crores in INX News. Dunearn Investment Mauritius, NSR-PE Mauritius and New Vernon Pvt. Equity bought shares in the media company at a whopping premium of ₹860 per share.

How Are The Chidambarams Accused In The Case?

After INX began operations in 2008, the FIU (Finance Intelligence Unit) discovered that INX had violated FIPB approvals. It had also made downstream investments which the FIPB prima facie disallowed. Two years later, the ED (Enforcement Directorate) filled a case against the company alleging violations.

In order to save themselves from trouble, the Mukherjeas approached Karti Chidambaram to help settle the matter. Through his father’s influential former cabinet position, Karti reportedly agreed to bury these anomalies in exchange for indirectly routed bribes.

According to claims in the case, the Mukherjeas paid ₹3.5 crores to ASCPL (Advantage Strategic Consulting Pvt. Ltd.). This is a reported shell company indirectly owned by Karti Chidambaram. Chess Global Advisory Services in which Karti is a director, owns control in ASCPL. And ASCPL has reportedly made fake invoices to cover up this bribe. In a second chance to start afresh, the FIPB also suggested that INX obtain a fresh approval for investments.

Analytical Perusals In The Case

So far, developments in the case have only led to the CBI digging deep in to the history of this scandal. This has resulted in taking the Chidambarams in to custody, attaching their foreign assets and detaining them for questioning. But there is no core evidence to prove the allegations made against them. Chidambaram and his son are protected from arrest until September 3rd. Tagged as the kingpin behind the offence,  senior Chidambaram is currently in CBI custody for questioning.

As new developments unfold, here are some hypothetical angles to the INX Media case.

Indrani and Peter Mukherjea are currently behind bars for plotting and executing their daughter’s murder. The public already knows how dramatic Sheena Bora’s murder mystery was. The couple had carefully twisted the case, repeatedly trying to mislead investigators.

A smart pair of criminals would definitely think better than confidently pooling in investments worth ₹305 crores as against ₹4.62 crores which the FIPB had in fact approved. A huge difference in the flow of money could easily point out this irregularity. If not for political connections, how else would the Mukherjeas pull this off so easily? They put in no effort to cover up this monetary infringement by INX. This leads us to believe that political intervention took care of it all. 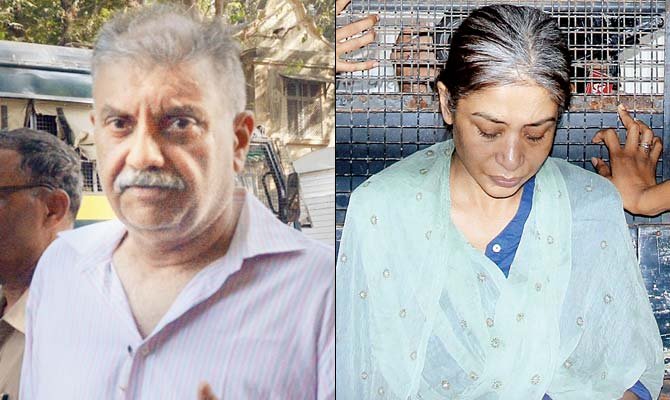 2. Discovery Of The Breach:

The initial hints of investments gone wrong crept in, in 2008. But it took two years for an FIR to be filed. How did a visible crime of such a heavy magnitude not gain attention immediately? Congress was in power till 2014. But no major news flashed for years together post registering a case against INX Media.

A supposed restructuring of INX Media took place in 2010. Reorganising the company in the same year when they were amidst some serious trouble again allows us to think that timing is everything. Such visibly detectable cover ups are surprising.

3. No Developments In The Case For Seven Years:

After an investigation begins, some progress should come out of it. From 2010 until 2017, where did this allegation disappear? The Mukherjeas were punished for a murder, so was P. Chidambaram accused in the Aircel Maxis case for money laundering in a pattern that is similar to the INX Media case. How did zero or little development happen in this case over such a long transition period? By transition I’m also referring to a change of Government in the country.

During INX’s launch, it collaborated with Ekta Kapoor and Smriti Irani to create viewable content for audiences. Fast forward to 2019, the founder of INX is behind bars and Smriti Irani is up the ladder to becoming a cabinet minister in the BJP Government.

Indrani’s sudden decision of becoming a Government approver in this case raises eyebrows. A criminal’s statement pulled out a warrant for the Chidambarams. Personal connections can very well help Indrani avail a commutation or reduction of her sentence. I repeat ‘Political bitterness can lead to unthinkable conspiracies’. Thus, political vengeance cannot be ruled out.

Primarily, P. Chidambaram and Karti Chidambaram are in custody for a case of money laundering. Karti is blamed of accepting huge bribes to surpass FIPB approvals. The company allegedly drew invoices in INX Media’s favour masking them as consultancy service receipts. Eventually, they used these bribes to create foreign assets. The investigation team has found the Chidambarams owning multiple bank accounts and undisclosed assets in the UK, Spain, Mauritius and Singapore.

Similarly Chidambaram is also believed to accept bribes in the form of a stake in Aircel for his son Karti in return for FIPB approvals. A Malaysian communication company called Maxis took over Aircel in 2006 under pressure from Dayanidhi Maran. Maran was the Minister of Communications at the time. This deal secured investments from Maxis for SUN TV Network. Maran’s brother Kalanithi Maran owns this media network. Hence, it is alleged that until Karti received his share in Aircel as a kickback, foreign investment approvals for Aircel were withheld while Chidambaram was in office.

Interlinking of the two cases has led to a concentration of attention on the Chidambarams away from other burning issues in the country. Further, their Chartered Accountant Bhaskar Raman revealed that money from shell companies (created for receiving bribes) funded Chidambaram’s travel and miscellaneous expenses. But the former minister has denied all charges, claiming it to be BJP’s hunt down as a political vendetta against his party. With insufficient evidence to prove any allegations, the INX Media case stands lazing around till the first week of September.

Disclaimer: The section containing ‘Analytical Perusals’ in the INX Media case is not based on evidence. These are questions arising out of freedom to express in a piece of writing. Nothing in this article intends to defame persons mentioned. Nor does it intend to mislead ongoing proceedings in the case. These points do not necessarily represent the views of UnBumf.