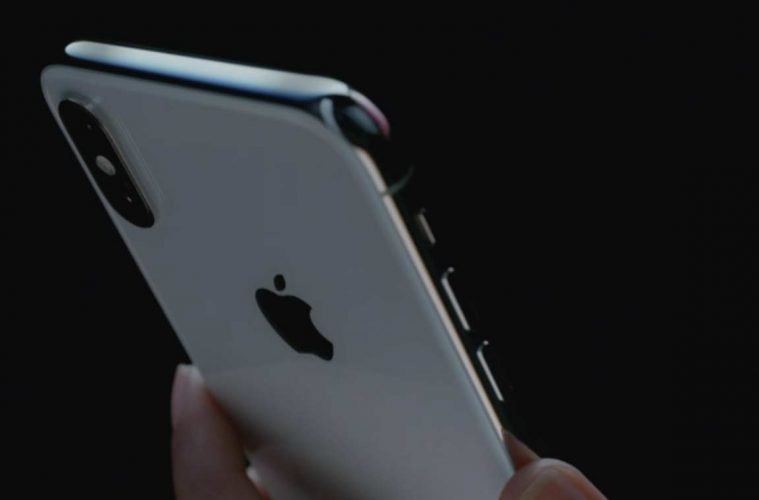 Why Is Your iPhone X So Costly?

Apple recently celebrated its tenth anniversary. And it was quite an event! With the showstopper being iPhone X.

The iPhone X is the latest flagship device from Apple. And needless to say, we all know why it is so. The specs, the new age face recognition technology, the DSLR-worthy camera and so on. But what comes to mind for an average middle-class Indian like me?

So, with a lot of hullabaloo, iPhone X was launched in India a week ago. iPhone X India retail availability began at 6pm IST, with dozens of people lining up outside stores hours before that time in order to be the first to get their hands on the smartphone.

Retailers in India saw huge iPhone X pre-orders. Several media reports claimed that Apple is facing a huge supply gap primarily for two reasons: difficulties in assembling the new facial identification software and 3D camera, and “off the charts” pre-orders for iPhone X after the Apple fraternity didn’t make the expected beeline for iPhone 8 and 8 Plus.

Can I afford it?

Holy moly! An amount that could almost buy you a Tata Nano.

Quoting Tim Cook, “India is one of their major target markets.”

However, how does this price tag impact their iPhone sales? Let’s break it down.

Why Is The Price Of iPhone X So High In India?

The US price for iPhone X is 999 USD whereas the Indian price is about 1390 USD. That is a 40% hike. This price difference is basically a result of Indian’s foreign policies on imported items as well as the dipping value of Indian Rupee.

After the implementation of GST, smartphone companies exporting their products to India need to pay about 12% of the product price as part of GST to the government. This base price only includes Countervailing Duty (CVD) and Special Additional Duty (SAD). That is, basic Customs Duty on goods is implemented separately. To include accessories with these base products, an additional 28.85% tax is to be paid for them. 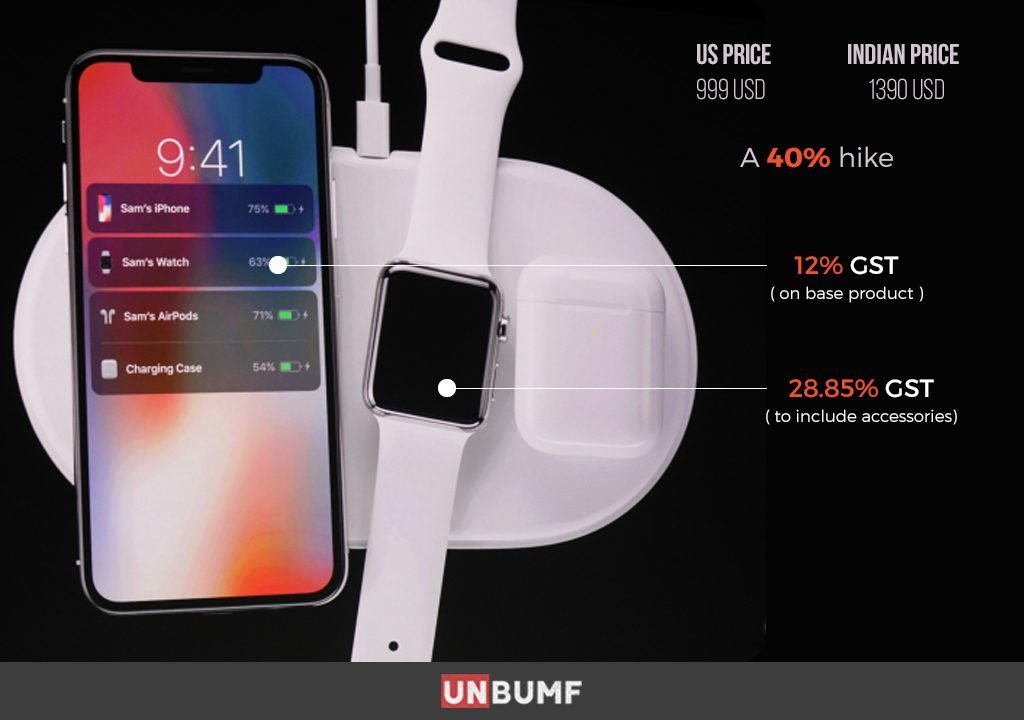 Moreover, all these taxes are levied on the final product price before the market sale and thus involve shipping and handling charges as well. That is a huge amount of tax!

The next big share of profits is directed to the retailers in India. To avail FDI (Foreign Direct Investment) in India, Apple needs the consent of the government as well as certain conditions to be met for its product. One of the conditions is that for FDI beyond 51 percent in single brand, a company needs to source at least 30 percent of the goods value from India. Couple this with the fact that the Indian rupee has shown only depreciation against the US dollar since the beginning of this year.

The profit margins to be maintained by Apple are greatly increased for the Indian markets. All this results in a much, much higher price of the iPhone in India than in other international markets.

For an average Indian earner, the iPhone X sounds like a dream. Even the loyal iPhone users will flinch at the price tag of a lakh rupees. While the phone is definitely worth the price to some, (not me personally), to others it is worth a year of livelihood.

Just for the sake of comparison, one lakh rupees in India can buy you a car. Not a good one, but yeah, a car. The iPhone X has its work cut out in the Indian market. Apple, which currently ranks 11th in the competitive Indian Smartphone market, may not be able to create much of a dent with the iPhone X.

On the other hand, Samsung, which ranks 1st in the Indian market, is about to launch its premium smartphones at a lower price than Apple. 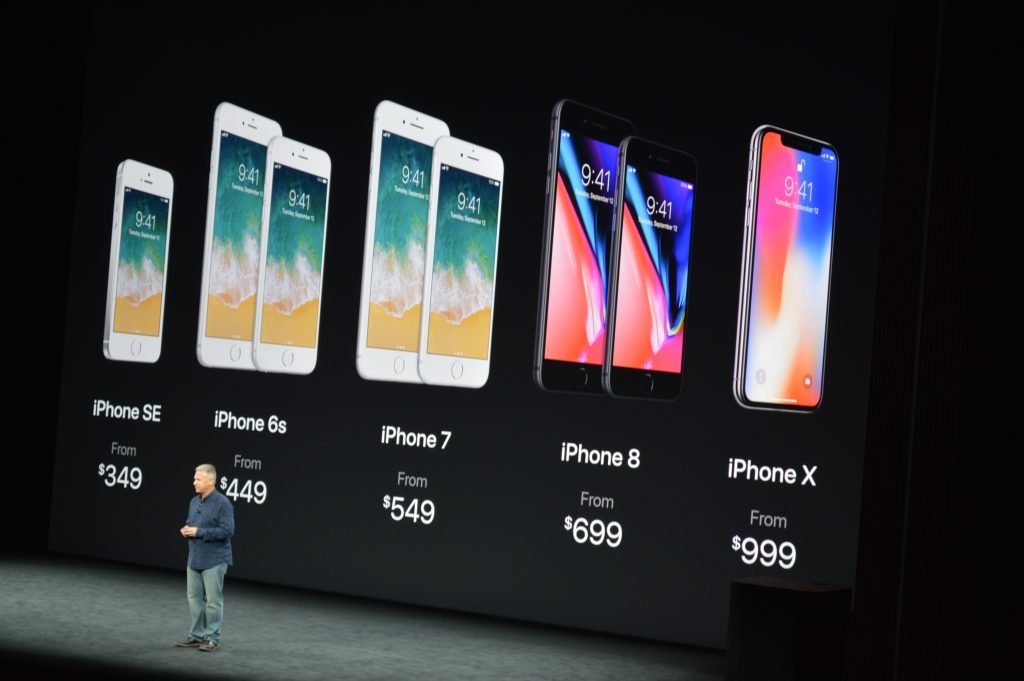 What is controversial on Apple’s part though, is the simultaneous release of iPhone 8 and 8 plus. While the 8 series isn’t cheap as well, starting at 64,000 rupees. It appears to be immensely less compared with the “One-lakh” price tag of iPhone X.

For all the loyalists of apple in India, iPhone 8 will be an appealing and relatively easier option to go for. While the iPhone X will create a niche of premium, high-end customers who will generate enough revenue for the company.

What About The Other iPhones?

With the release of the new iPhones, Apple has greatly reduced the prices of its previous models. A slash of up to 8000 rupees. This will open up the market for the all-time aspirants of Apple who couldn’t afford the expensive smartphones before.

While they may have to buy the earlier versions, they will still be able to join the Apple league. Which apparently, is a very important goal to many.

In terms of volume, Apple currently holds about 2.5% of Indian market share. However, this may receive a bump with the lowering of prices of the older versions of iPhone. While the rich will gravitate to iPhone X, the average aspirational middle-class Indian will gravitate to the newly cheaper iPhones. And the loyal Apple base will upgrade to the iPhone 8 series. A win-win for many.

The biggest competitor for iPhone X, both globally and in India is undoubtedly Samsung. While each has carved a niche for itself in the global markets, the Indian market is highly dominated by Samsung. It holds about 1/4th of the total smartphone market in India. And as tradition dictates, with the launch of iPhone X comes the launch of its arch rival’s Galaxy Note 8. 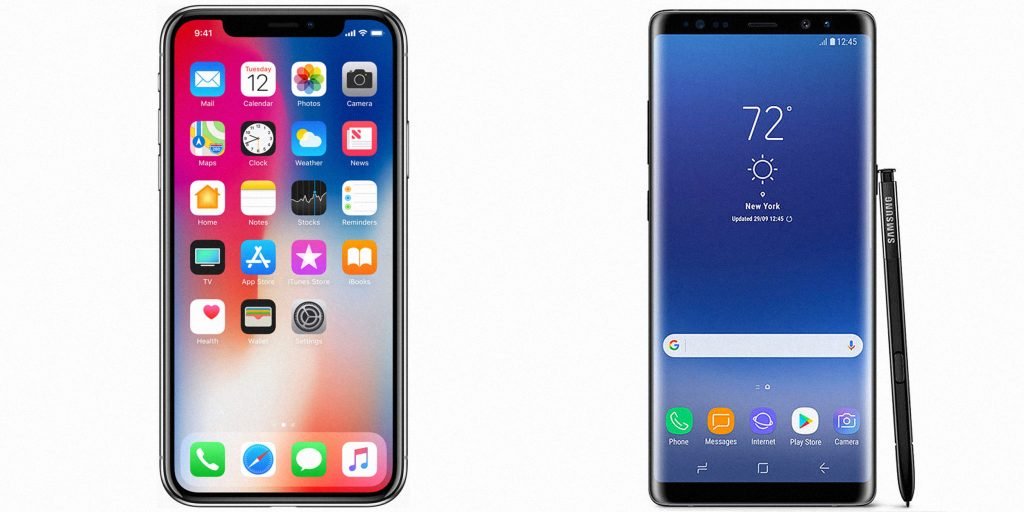 At a price lower than iPhone X (~68,000), it packs plenty of premium features for the business class. Including almost all the features offered by iPhone and more. the dual depth-focused cameras at the rear, the facial recognition, the bezel-less screen, wireless dash charging, both of them have it all. Where Samsung exceeds is its screen size, the ever-stylish S pen, the higher RAM capacity and most importantly, the earphone jack. Although it weighs a little more than the iPhone, it makes up for the same with a larger screen size. 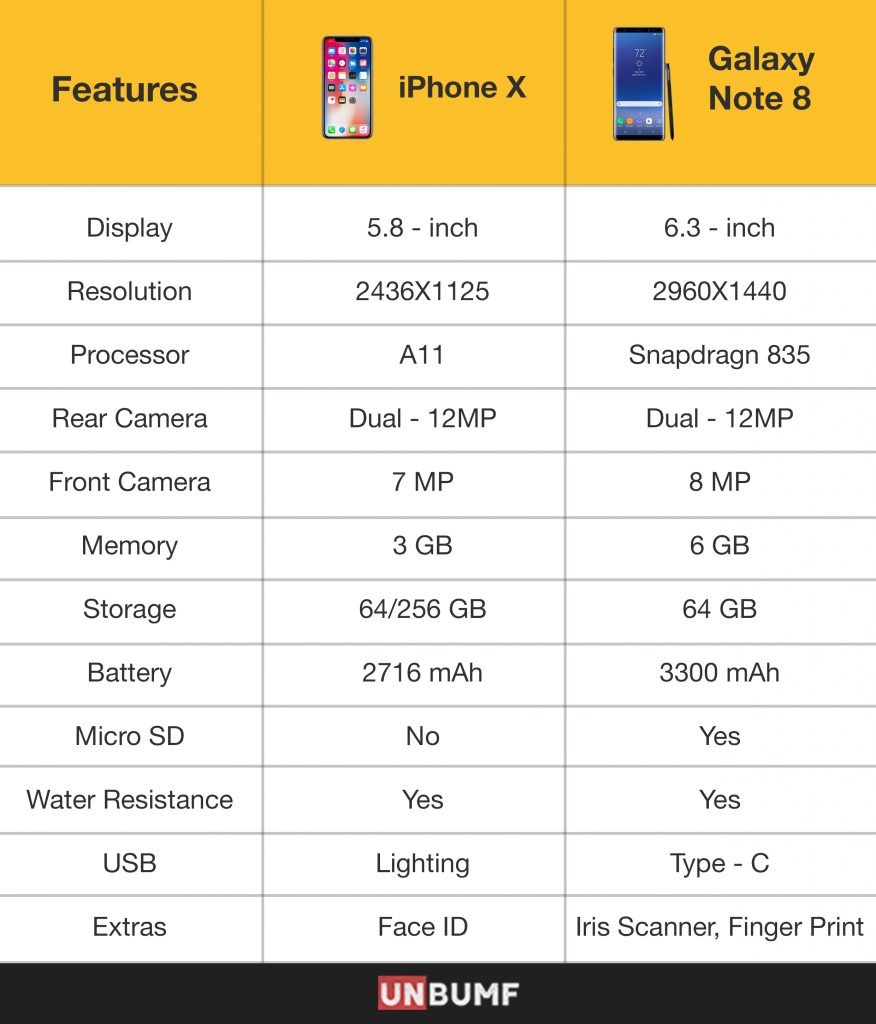 To me, the Samsung Note 8 makes much more sense for the current Indian markets. While both of them are high-end premium handsets that will cater to the business class, yet the Indian attitude will always favor the cheaper, more feature-packed Samsung. Nonetheless, just the name ‘Apple’ is enough to gain customer attention. And the lower, cheaper Apple models may help it gain some amount of Samsung’s customer base in India.

The iPhone X is not the right fit for the Indian market yet. Its price so high that it would be easier to take a trip to Bangkok and buy it there.

But Apple as a whole is definitely gaining its foothold in the Indian smartphone market. While it may still take time for the bulk of Indian consumers to move to the pricey Apple merchandise, the introduction of iPhone X will result in increased sales of older versioned iPhones. Eventually, creating a wider market for Apple.

Personally, I will always be satisfied with my run-of-the-mill, cheap android that I can change every year!