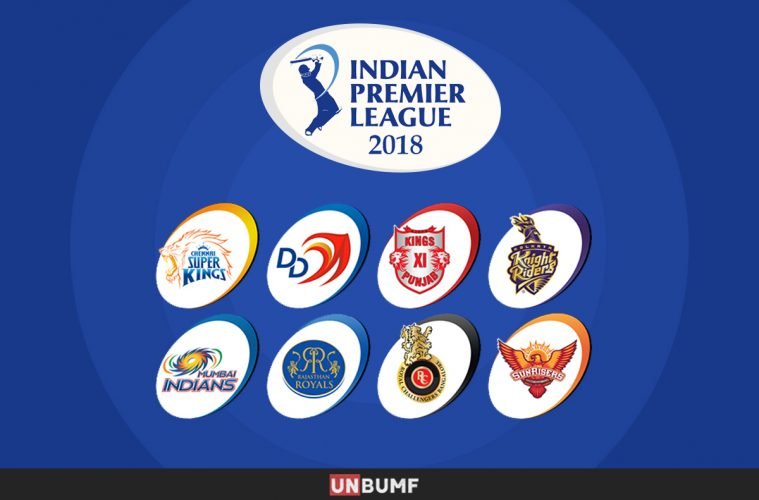 IPL 2018 Is About To Kick Off And Here Is What You Can Expect And What You Should Not Expect!

The IPL is back! The Indian ‘Paisa’ League or the Indian ‘Pre-Planned-hai-Dhoni-jeetega’ League as people call it will enter its 11th edition this weekend. 10 years ago, there was ambiguity. There was confusion. There was a lot of money being thrown around. Fast forward to 2018, there is a tad bit of clarity, the confusion has died down and boy-oh-boy there is definitely more money being thrown around!

The original eight teams who featured in the first few seasons are back. A special mention to the #GoneButNotForgotten Rising Pune Supergiant and Gujarat Lions. They filled the void of Rajasthan and Chennai while the two were out of the tournament getting things ‘fixed’.

After a comparatively subdued couple of seasons, this season offers more optimism, more excitement, a more diverse group of players and more prize money at stake (Duh!). Here is a quick sneak-peak into what you can and what you shouldn’t expect from the star studded franchises. 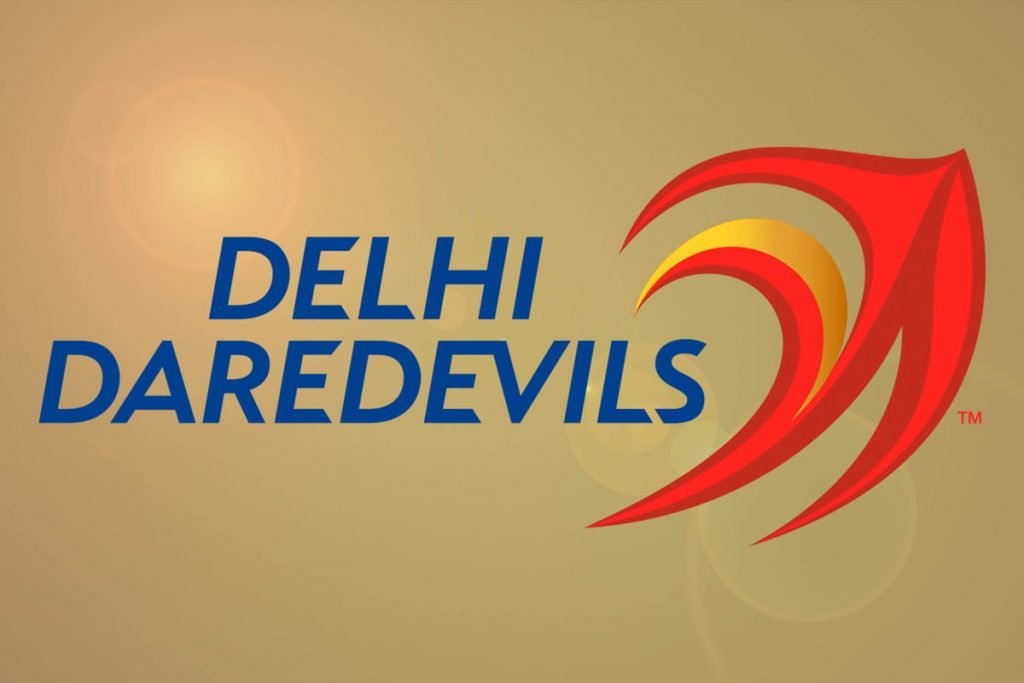 10 years, zero hands on the trophy. A few good runs here and there and absolutely clueless in the auction market. If Delhi were a planet, it would be Pluto because no one really cares if it exists or not. It is predominantly present to make up the numbers.

However, this state of the team is not for the lack of trying. Having started out with Sehwag and Gambhir, they moved on to Kevin Pietersen, spent crazy money on Yuvraj Singh and Pawan Negi. However, they have finally come back to Gautam Gambhir. The ex KKR man has done a ghar wapsi. And he is back with the Double Dees to get some business done. They have heavily invested in youth with the the likes of Shreyas Iyer , Rishabh Pant, Prithvi Shaw, Manjot Kalra and Vijay Shankar. Moreover, there seems continued belief in the camp that the young blood can steer them to some success this season.

What to expect : A better campaign than before with a mid-table finish.

What not to expect : A miracle. 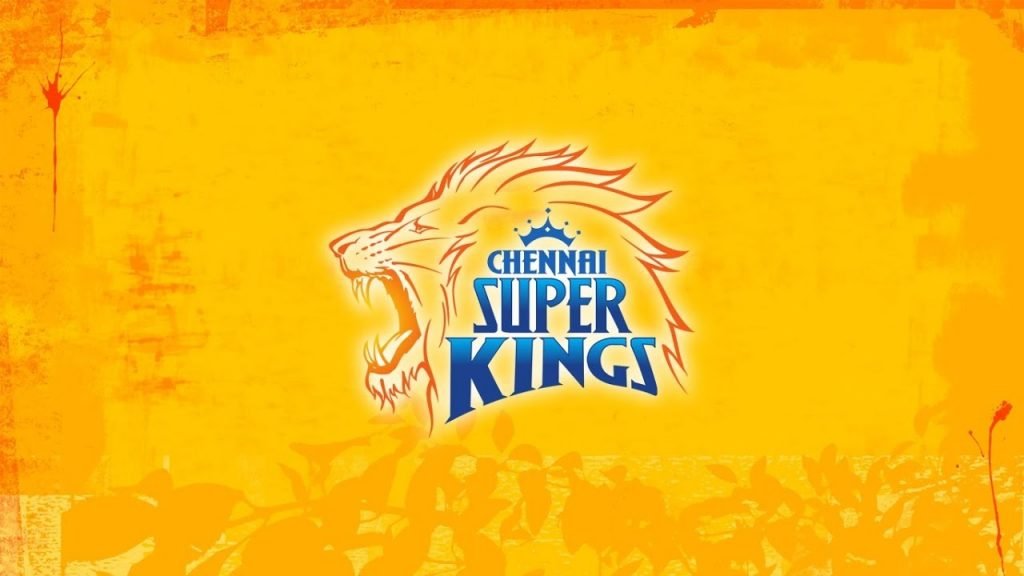 To say they are the most beloved team in the IPL would be a fairly accurate statement. This, after having been banned for 2 years. Above all, not losing an ounce of their popularity. The Whistle Podu are back with a bang. And their talismanic leader, MS Dhoni is donning the yellow jersey again.

The Dhoni that played for the Rising Pune Supergiant last season was not exactly the vintage, powerful Dhoni that we have come to know. In a lot of ways, CSK are like the Real Madrid of the IPL. They have a humungous fan base and are one of the most successful teams in the competition. A relatively older side as compared to others in terms of the average age. However, CSK have gone a different route to the Delhi Daredevils where they focus on experience.

With the core of Jadeja, Bravo and Raina coupled with valuable additions in Faf Du Plessis, Ndidi and Kedhar Jadhav, the men in yellow look set for another stellar campaign.

What not to expect : Another match fixing scandal. 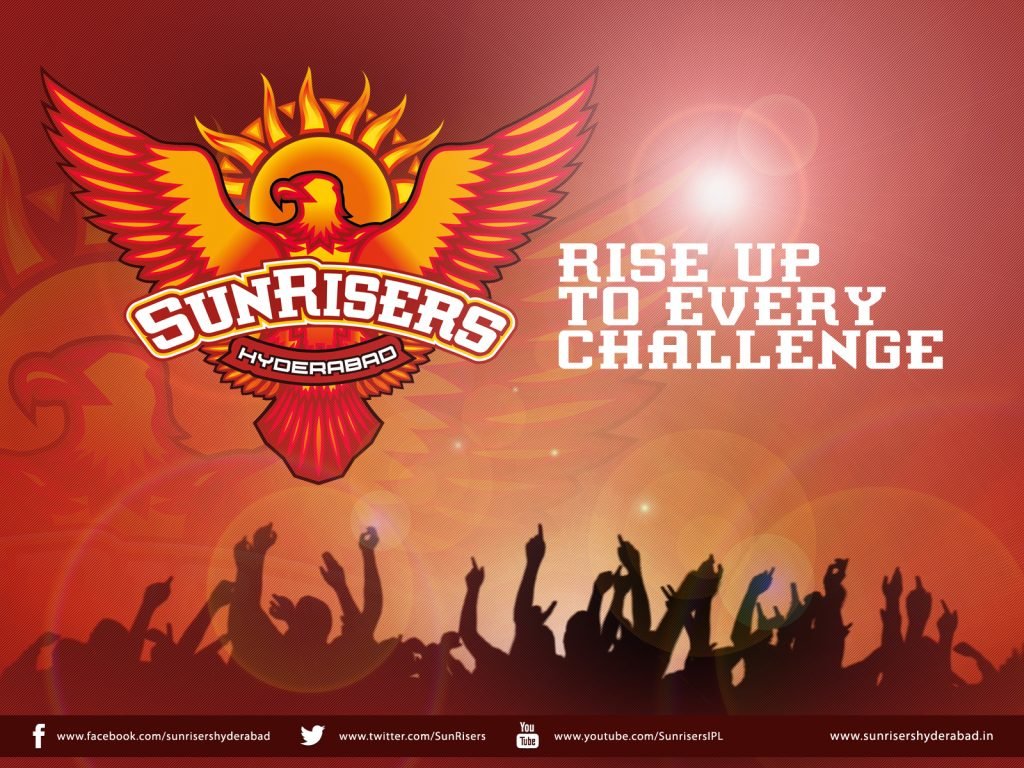 The dark horses of the IPL, they are probably the most underrated side in the league. Going about their business quietly and effectively, they have managed to retain as many as 9 players from their previous campaign. They have a quite impressive bowling line up that boasts of Bhuvneshwar Kumar, Shakib Al Hasan, Rashid Khan and Basil Thampi. They have once again put their eggs in the bowling department.

With the cool and calm Williamson leading the team in Warner’s absence, it will be down to Shikhar Dhawan to thrust some much needed aggression in the side. Their initial planning has definitely taken a setback. This is since the entire auction and line up revolved around David Warner. However, with a well-balanced squad and a good leadership group, they definitely have it in them to come out strong.

What to expect : A qualification for the playoffs.

What not to expect : Anyone indulging in ball tampering.

They have lost their captain. They have lost their star pace bowler. Moreover, they are running pretty thin on numbers and the management team will probably have lost some hair by the time this article is up. Andre Russell, Sunil Narine, Robin Uthappa, Chriss Lynn and Kuldeep Yadav, who were the central theme of this KKR team however, have been retained. With a thin squad that entails of just 19 members, KKR absolutely need to ensure that they are not dealt any more injury setbacks.

That being said, their trump card, Sunil Narine is raring to go. The mysteriously successful bowler has begun to contribute effectively and heavily with the bat as well. What initially started out as an experiment to make him open the innings has now resulted in a fully grown ploy that teams use to give them a much needed quick start.

With a new captain in Dinesh Karthik and one of India’s U-19 stars in Shubhman Gill, there is aplenty firepower in the KKR batting line up. There is still a lot of ambiguity about the team though. And this year might just be one of transition for the SRK owned franchise.

What to expect : A mid-lower table finish.

What not to expect : Too hot, Too cool, Aami Kolkatta, We Rule! 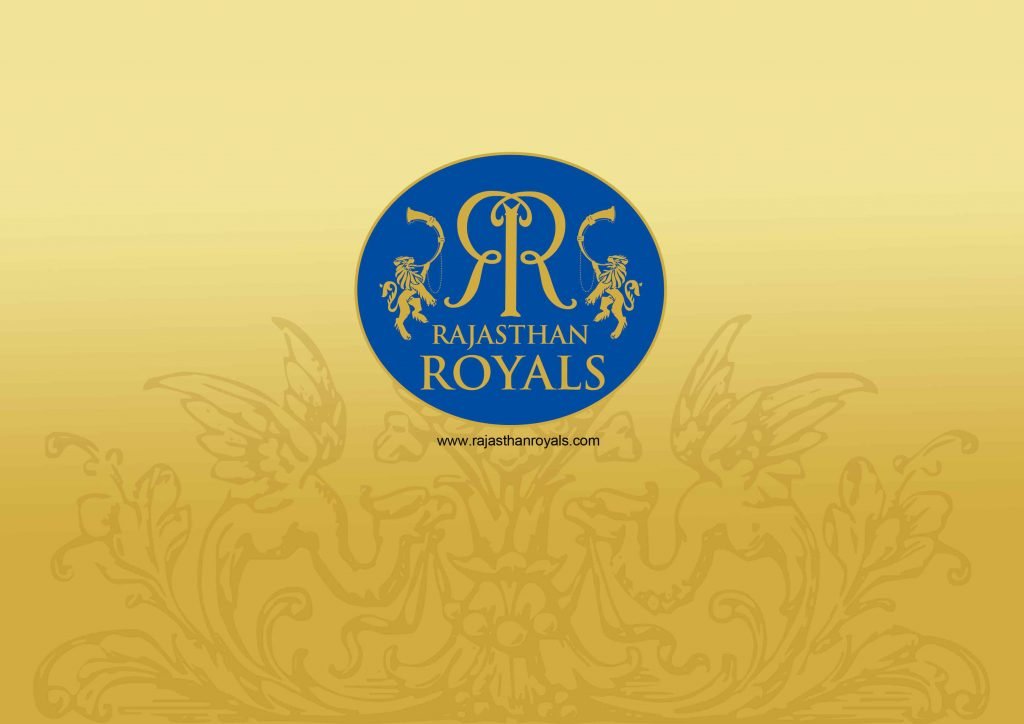 An instant eye catcher in terms of the star players and specialists. D’Arcy Short and Jofra Archer who are coming in from the Big Bash League with some huge reputations and stellar performances. With England all-rounder, Ben Stokes and Indian pacer, Jaydev Unadkat being bought for a combined 24cr, the Royals were the record setters at the auction.

The loss of Steve Smith will be a major blow to the franchise. However, with Rahane stepping up to the captain’s position, it does not create much unrest within the team. India’s vice-captain and a seasoned campaigner in the IPL, Rahane provides the much needed experience and calmness to this squad. Jos Butler and Heinrich Klaasen(the man who demolished the Indian spinners in South Africa) complete their foreign quota and likely middle order shape. The team is filled with T20 specialists. And this could be a return with a bang for the blues.

What to expect : A strong campaign and some big fireworks.

What not to expect : Jaydev Unadkat being worth 11.5 crores. 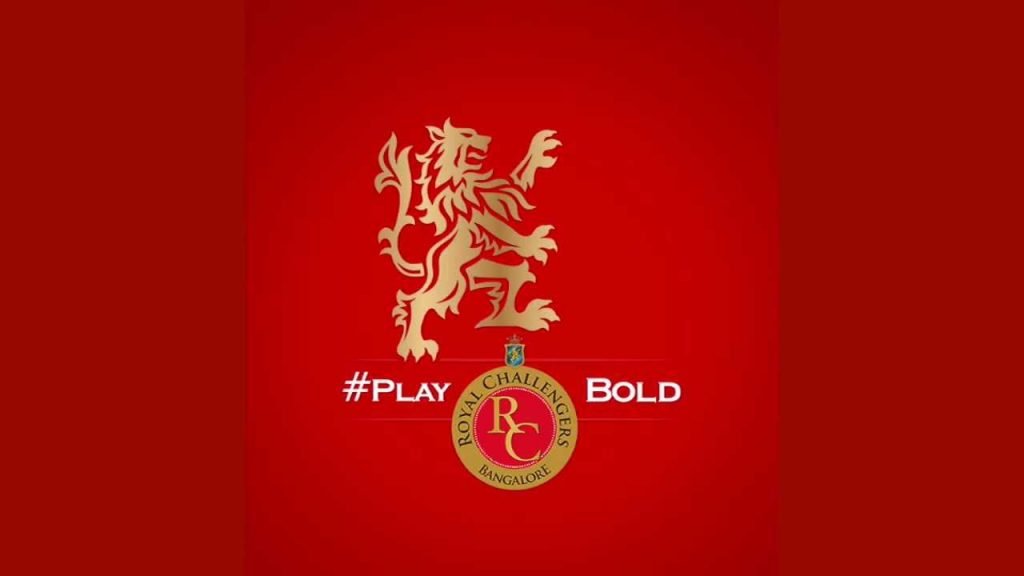 The South Africa of the IPL, they have coughed, choked and even played dead on the big stages far too often. They finished in the last spot last year. However, VK and his men are out to avenge last season’s misfortunes. Over the years, they have been the opposite of SRH whereby they are heavily reliant on an explosive batting line up comprising of Gayle, Kohli, De Villiers and Watson.

Fast forward to 2018. There is no Gayle, there is no Watson, no KL Rahul and even Kedhar Jadhav has had to make way. Instead, they have shifted focus to their bowling department and have done well to recruit the likes of Chahal, Washington Sundar and Pawan Negi. The latter two have economy rates of under 7 and the former is the highest wicket taking spinners in IPL in the last couple of years. Colin de Grandhomme, Corey Anderson,Brendon McCullum and Moeen Ali will compete for the overseas spots. The fast bowling department is covered by Umesh Yadav and Tim Southee. With lady luck on Kohli’s side, this might just be the year that the RCB turn their destiny around.

What to expect : Articles about Kohli’s bad performance linked to Anushka Sharma.

What not to expect : Articles about Anushka’s movies’ performing badly linked to Kohli. 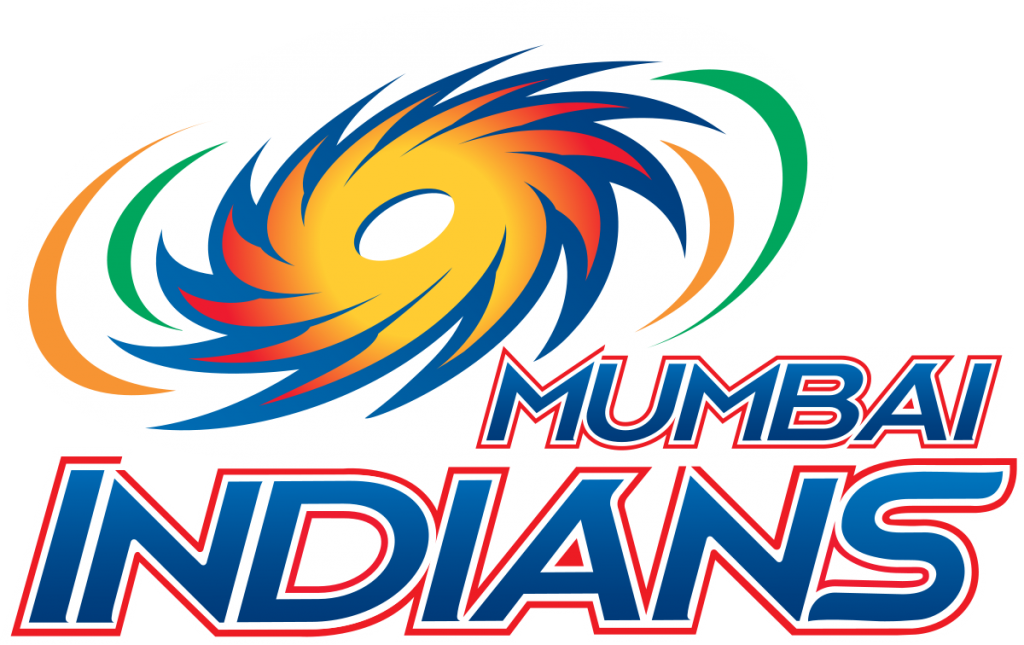 You already know they are winning the league. Ambani’s son is getting married soon and that is going to be one expensive affair! Even if you are the richest man in India, you can still use a little help in terms of financing.

Akash Ambani’s honeymoon will be sponsored with the IPL prize money and there is nothing anyone can do about it.

What to expect : Mumbai Indians to win the IPL, the EPL, the La Liga, the Champions League and the FIFA World Cup.

What not to expect : Getting caught in a match fixing scandal. 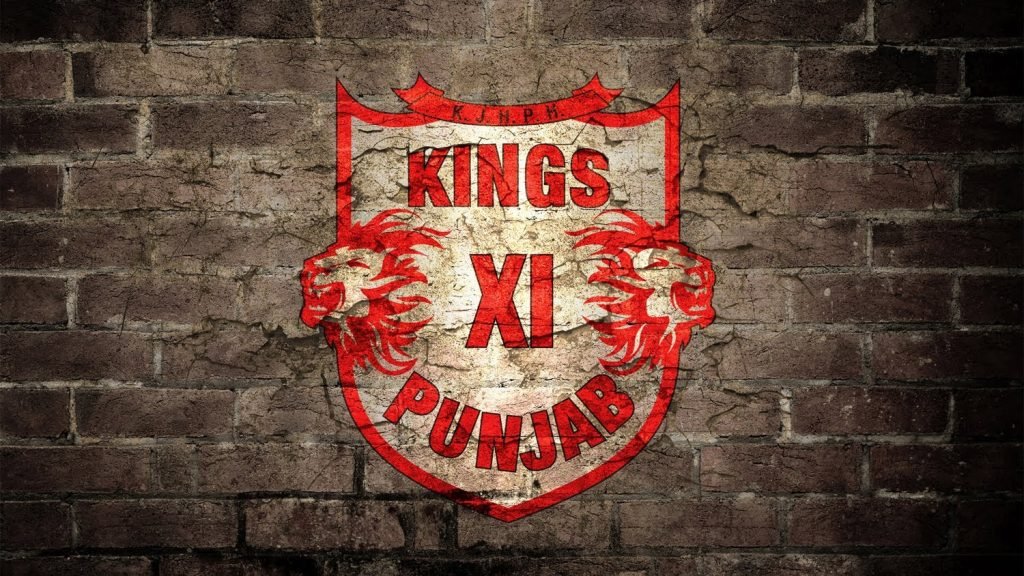 We have saved the best for the last because this is one team that seems confused on paper and even more confused off it. They have gone for a complete squad overhaul, releasing the power hitting duo of Miller and Maxwell. And at the helm of the captaincy is, Ravichandran Ashwin. The Indian off spinner was bagged for close to 8 crores and has been handed the responsibility of leading the Punjab outfit. He has been heavily involved in CSK’s two title winning squads and will bring a much needed winning mentality to this squad.

With big names and egos like Yuvraj Singh, Aaron Finch, David Miller and Chris Gayle to manage, Ashwin will most likely have his hands full throughout the season. Ashwin will be accompanied by 16-year-old spin sensation from Afghanistan, Mujeeb Zadran. Karun Nair,KL Rahul, Mayank Agarwal, Manoj Tiwary, and Axar Patel represent a strong Indian presence in the squad.

What to expect : The camera to focus on Zinta’s dimples.

What not to expect : Ashwin doing a Bhangra dance.