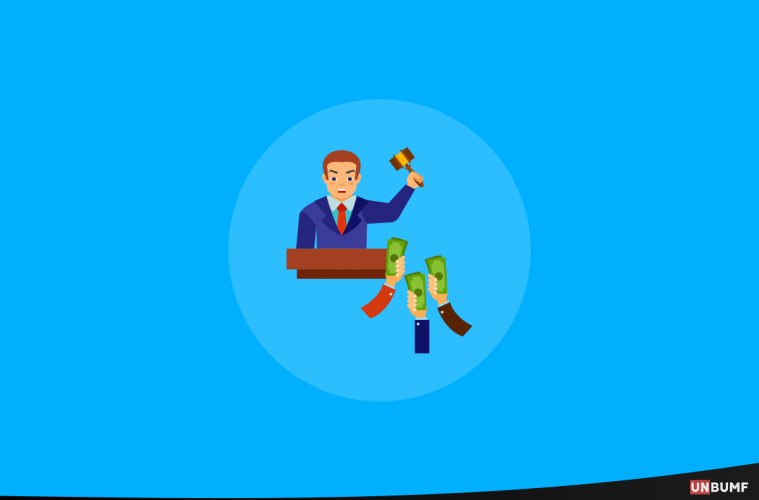 So our own modestly lavish sports league, the Indian Premier League (IPL) returns for the 11th edition this year. To kick off the grand celebration of cricket, IPL auctions were held this weekend.

This year of the league marks the return of Chennai Super Kings (CSK) and Rajasthan Royals (RR), in place of Gujarat Lions and Pune Supergiants. Both former champions in their day, served a 2 year suspension for their respective owners’ involvement in the 2013 betting case.

This year, each team had a purse of Rs. 80 Cr to amass a squad of a minimum of 18 to a maximum of 25 players which could include a maximum of 8 overseas players. The franchises retained a total of 18 players including MS Dhoni and Suresh Raina (CSK), Rohit Sharma (MI), Virat Kohli (RCB), Steven Smith (RR), David Warner (SRH).

This meant that a maximum of 182 slots were up for grabs in the auction. Rajasthan Royals and Kings XI Punjab started the auctions with the maximum purse contents of Rs. 67.5 Cr while Chennai, Delhi and Mumbai started with the lowest at 47 Cr.

Surprisingly the most notable omission on the retention player’s roster was the KKR skipper Gautam Gambhir. Gambhir happens to be the second costliest player ever auctioned in IPL, but still was not retained. He will end up leading the Delhi Daredevils this year, back to his inaugural team.

R Ashwin, who has been one of the pillars of CSK’s dreamy run in the IPL, found no favours from the CSK management and went to KXIP for this year’s championship.

This year’s auction also introduced a complicated Right to Match option. This allows each team to match the auction price of 2-4 players they had previously owned.

5 Studs of the auction 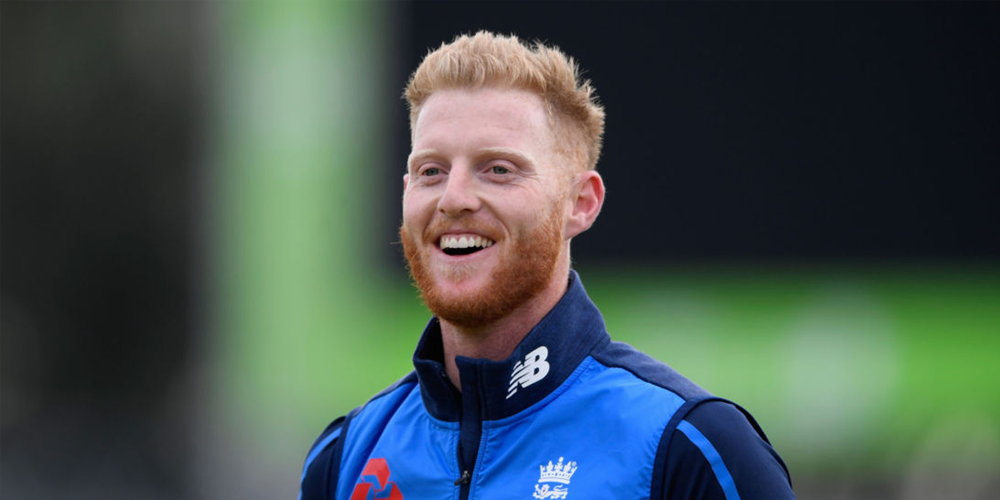 Stokes, 28, is one of the most celebrated all-rounders today. His value is aptly depicted by his price tag which makes him the highest paid cricketer this year with Rajasthan Royals lavishly spending Rs.12.5 Crores for his services. This seems like a wise investment considering Ben Stokes was adjudged the Most Valuable Player the previous season, playing for Pune.

Stokes expressed his excitement on the prospect of playing alongside compatriot Jos Butler in a tweet. 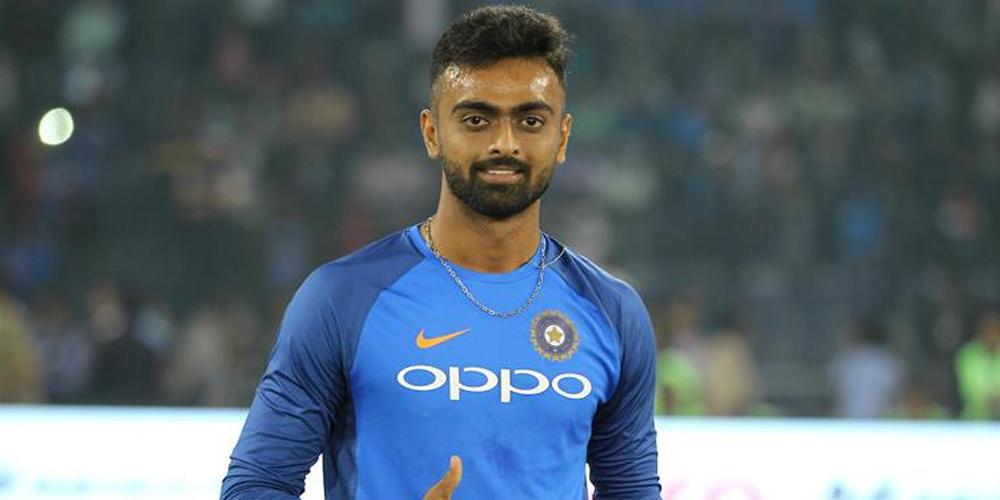 Rajasthan Royals spend generously again on the Indian fast bowler as he emerged as the highest paid Indian player. Unadkat has been impressive in his IPL career so far having played for Delhi, Bangalore and Kolkata. Unadkat was India’s strike bowler way back in the 2010 U-19 World Cup. Just after the World Cup, KKR picked him up where he became a key component in their triumph in IPL 2012.

He was picked up by Delhi in IPL-7 but returned to KKR for season 9. As the second highest paid member of this year’s IPL roster, it will be a significant burden on his shoulders to live up to the expectations. 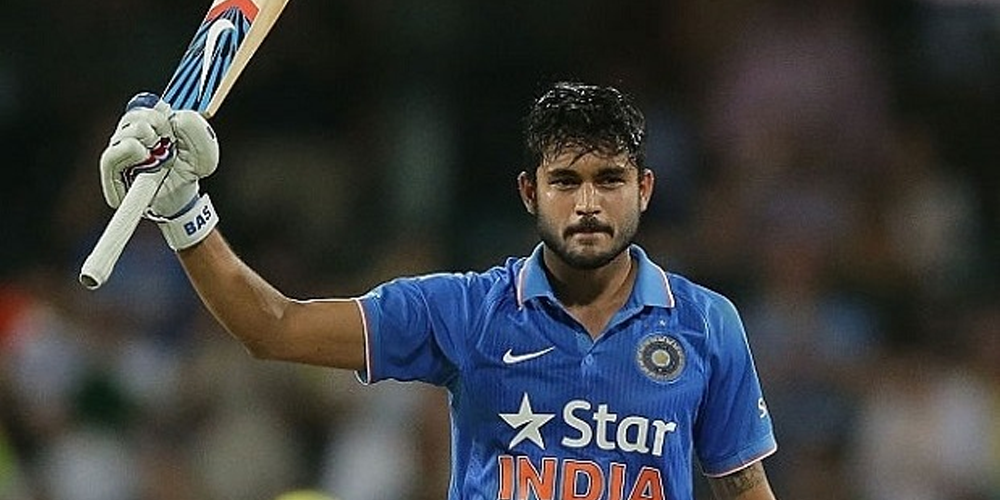 Manish Pandey started off as a valuable player with a base price of Rs. 1 Cr. Hyderabad won the auction brawl with Mumbai and Pandey’s former employers Bangalore.

Manish Pandey was a member of the Virat Kohli led world conquering team of theU-19 World Cup 2008. He started his IPL stint with Mumbai Indians in the inaugural edition. However, he tasted success with RCB the next season when he became the first Indian to score a century in the IPL.

As the highest paid member of his squad, his team will be hoping he lives up to the expectations and carries his team to its former glory. 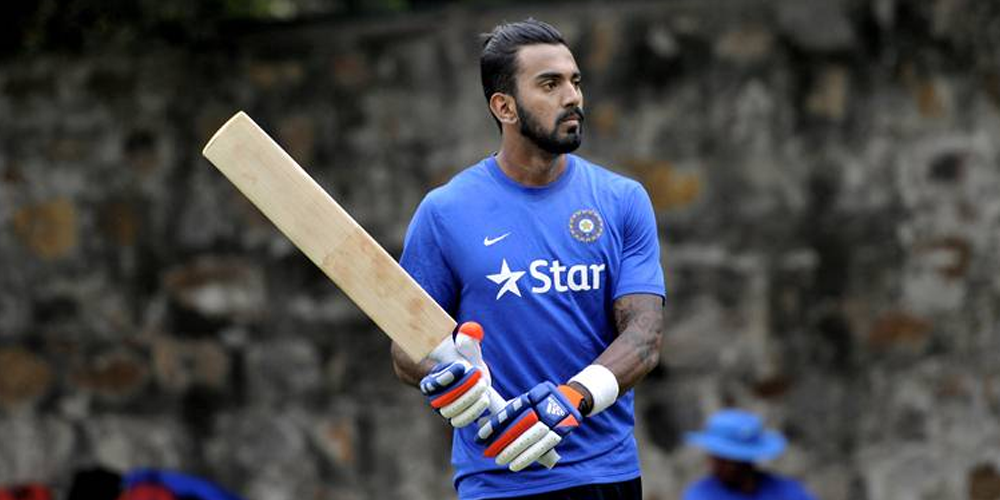 Lokesh Rahul has already tasted considered success with the Indian Test side over the past 4 years. KXIP won the bidding war with Hyderabad for Rahul spendingRs. 11 Cr for the youngster.

Rahul is one of the only 3 Indian players to score a century in all three formats. He also has the bragging rights for the third-fastest T20 century in 46 balls (110 off 51 balls). These figures make his price a modest figure. 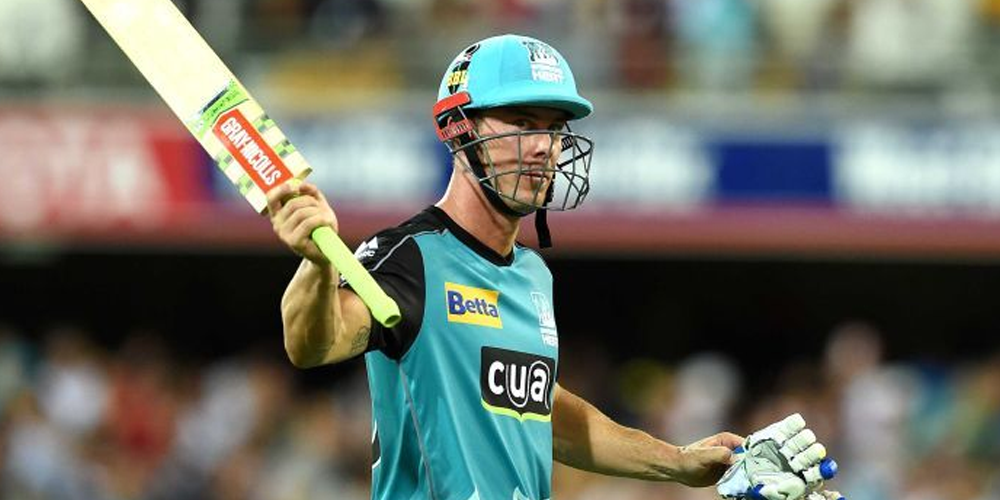 The quintessential six-hitter and a mammoth in the arena of T20, he is well known for his explosive style of play. A consistent member of the Brisbane Heat, he’s been a prolific scorer in the Big Bash League.

He has already tasted the energetic IPL, although probably not as successful as he’s been in the Big Bash League. His employers this year will be hoping for a Big Bash style bashing of the opposition from this Aussie.

And the 5 Duds of the auction 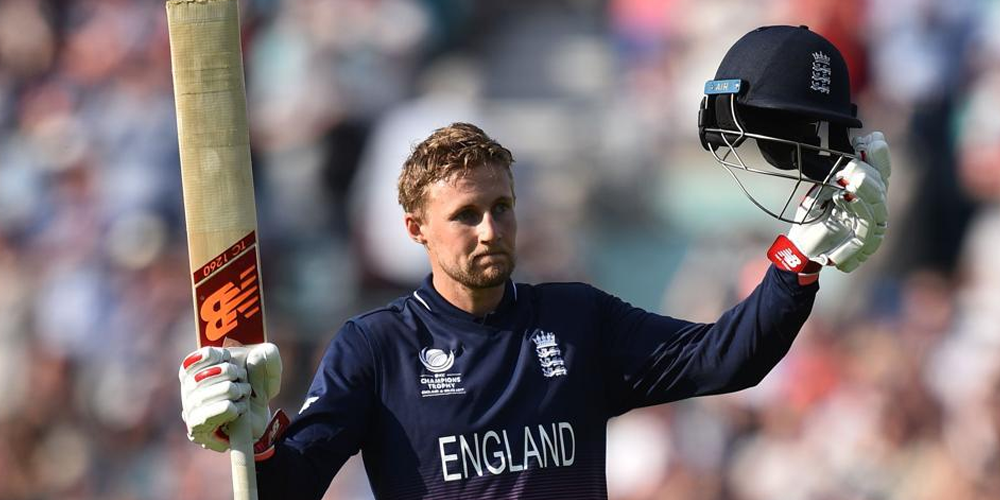 A prolific statesman of the longest form of the game and arguably one of the best Test batsman in modern times, his omission from this year’s IPL rosters seems surprising at first.

According to Nasser Hussain, one of the reasons for his snub this year is because he’s not as flamboyant as some of the other players in his league. The availability of English players is always under doubt. A player of Joe Root’s stature is highly unlikely to prioritise IPL over national duties. This could have been a reason for why IPL franchises seemed disinterested in him.

However, the real reason remains a mystery since Joe Root’s T20 stats are above ordinary. 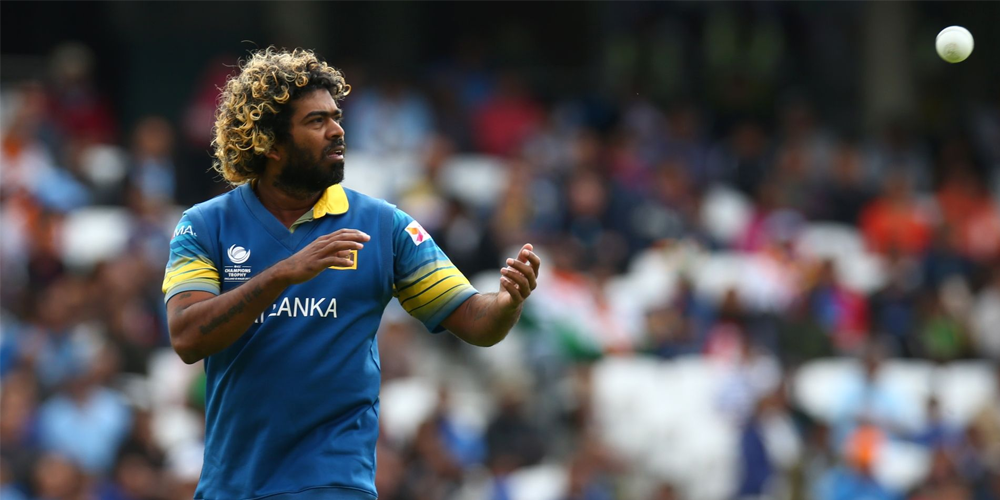 Lasith Malinga is almost a legend when it comes to shorter formats of the game. His fabled slower deliveries and fast paced yorkers are a sight to behold, if you’re not at the receiving end that is.

Malinga has been a key player in Mumbai Indian’s triumphs. But he’s been struggling with injuries the past few years. Add to that, he’s 34 and this makes every franchise think twice before signing him on. 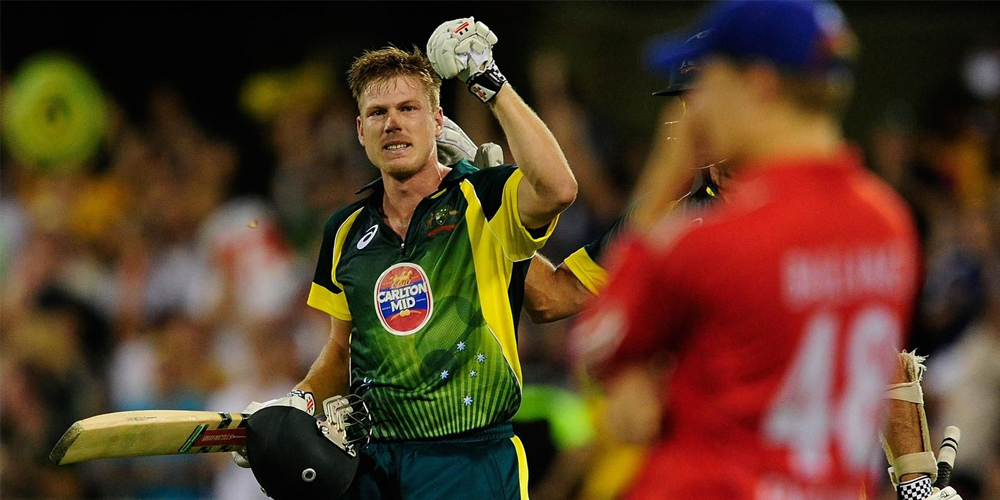 Looking at Faulkner’s base price, he was extremely valuable to begin with. The Aussie is well-known nemesis of the Indian national side, having turned a few games around with his all-round skills.

The 27 year old has enjoyed mild successes with Rajasthan Royals and Kings XI Punjab on his previous IPL stints. 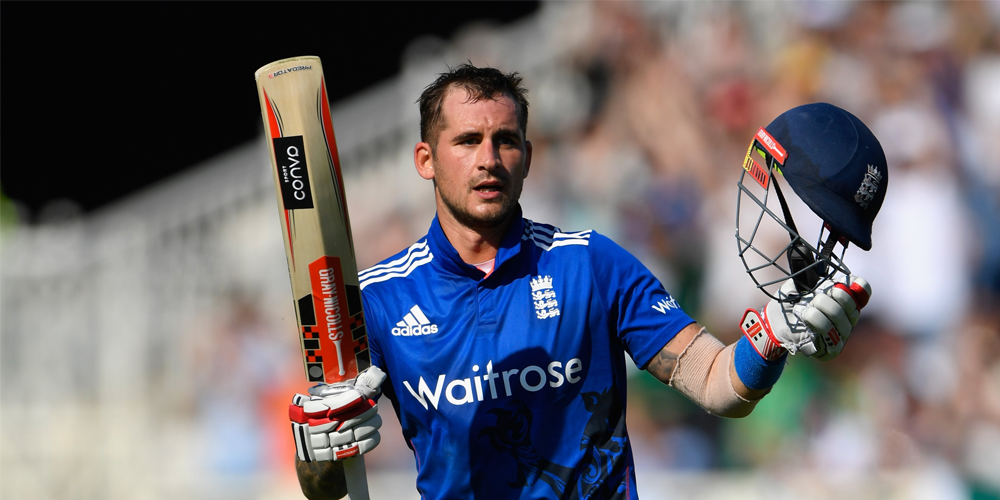 The 29 year old is the only English national to score a T20 century. Co-incidentally, he’s also the only batsman to be dismissed for 99 in a T20. Hales also held the record for highest individual score by an Englishman in an ODI (171) before being bettered by Jason Roy recently (180).

A powerful hitter and well-suited for the shortest format of the game, he was an addition to the unfortunate list of snubbed English players. 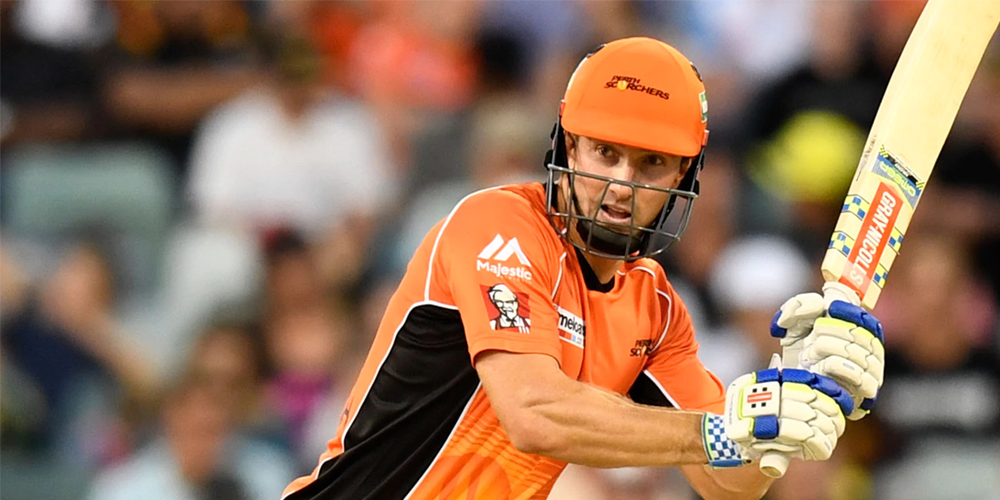 Reputation means nothing when there’s money involved in cricket. Shaun Marsh has had a very successful stints with Punjab in the past, was unable stir up enough interest to be in the squad of any of the teams.

Once an integral part of the Mohali side, even carrying them on his shoulders, being unsold in this edition of the tournament will hurt.

The management and the think-tank (people with money and authority) have done their jobs.

They have assembled the squads and it’s up to the coaching staff to make a team out of the individuals and try and lap up the estimated Rs. 25 Cr (approximately) of the winner’s share of the prize money.

The showdown begins on 7th April. Mumbai will host the opening game as well as the final on 27th May.