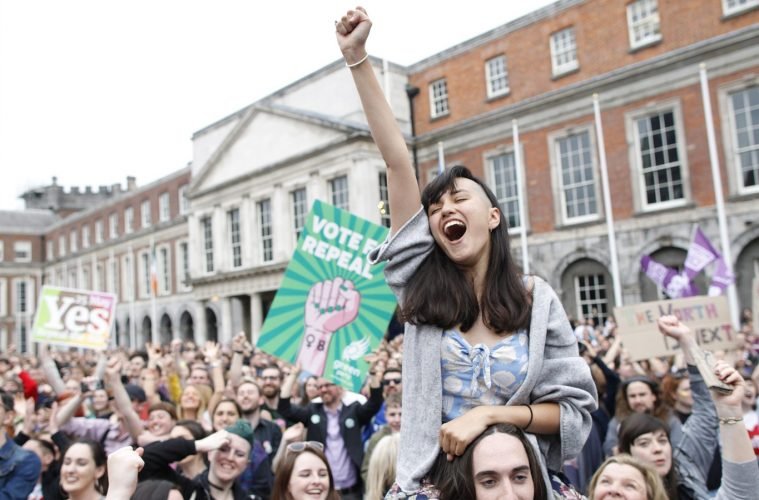 66.4% of people of Ireland finally said Yes on Friday. The “Yes Campaign” won and the “No Campaign” is out of Ireland. Finally, the people of Ireland are looking towards a better life for them. In order to understand what Ireland is celebrating currently and why is it in news, we need to go back to the year 2012. In 2012, an Indian Dentist, Savita Halappanavar, at the age of 31, lost her life in Ireland. The reason behind her death for a 17 week long complicated and agony prone pregnancy. The dentist kept asking her doctors to perform a abortion for her, but they kept denying her plea. This denial was not because they were concerned about the child, because it was already known that it was not possible to save the unborn child’s life, either. The woman finally suffered a miscarriage and died of septicemia.

This was because of a law introduced in Ireland in 1983, called the 8th Amendment. As per the 8th Amendment, Abortion was illegal in Ireland. This amendment was introduced with the idea that a child’s right to life should be equal to a mother’s. This was called a “pro-life” campaign. Since 1983, the referendum had outlawed a woman’s right of reproduction. However, in 1992 the Irish government made traveling to other parts of the world to get an abortion, legal. Since then many women have been traveling from Ireland to London to get an abortion.

This has definitely not been funny for the women in Ireland. This is exactly why the “Yes Campaign” came into being. The “Yes Campaign” consists of 70 organizations that came together to form “Together For Yes“. “Together For Yes” appealed the citizens to say Yes to repeal the 8th amendment and give a woman the right to post abortion medical care. But this did not go uncontested. A “No Campaign” or “Save the 8th” also came into being. This campaign majorly ran by quoting “slavery” and “segregation” as equal to the word “repeal”, as this repeal would take away a child’s right to live due to a woman’s selfish reasons. 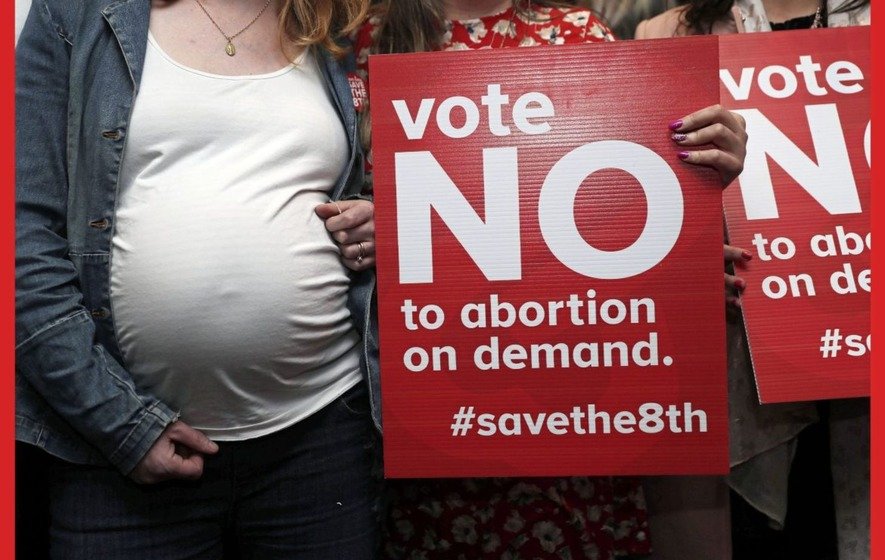 Somehow some people feel it is okay to not let a woman decide when she wants to be a mother. Let’s keep aside the fact that a woman may be pregnant because she got raped. Let’s also not think about a woman who is going through mental and physical complications due to a pregnancy. Do not even think about raising the idea that a woman shall own her own body. No Sir! We do not care for a living human, because a human that might be, is more important.

Look at this from this angle, even in a country like India has better laws on abortion. I mean to think that we are a country that has a high rate of sex identification based abortions, we still have laws that legalise abortion. We are in a better place than a European country in this case. Yet, I highly doubt we are ever so grateful for everything we have.

But then again, that is a discussion for another day….

For now let’s be joyful that human rights are still important. Let’s be grateful that Women’s Rights still have a chance. Be grateful that an Indian made a difference for the masses. Today we as humans have taken a step forward in understanding what our world needs, for it to be better. Proud is all I feel today.