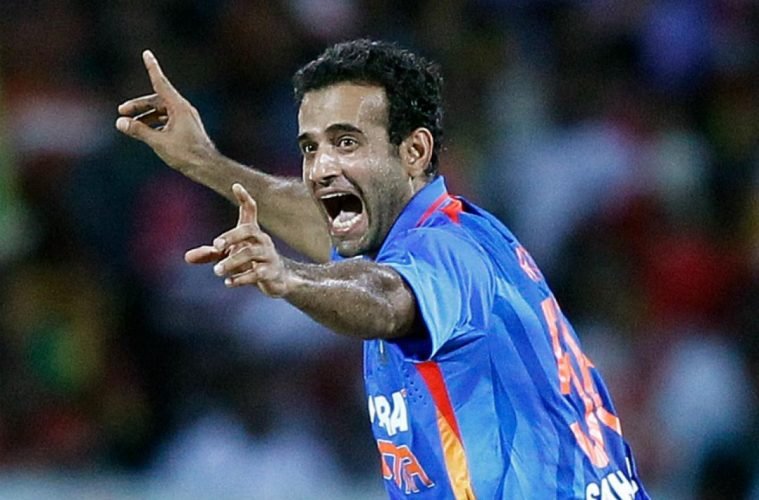 ‘Success is Sweet’. Ask someone like an Irfan Pathan who tasted loads of it at such an early age. When India were embarking history in the whites, Down Under winning the Adelaide Test, it also oversaw one of India’s finest pacers making his international debut. In the next test at SCG which was a batting paradise, he accounted for the wicket of Steve Waugh who was playing his farewell Test match. He also had Ricky Ponting under his belt. The signs were already there but it was the limited overs where he created a significant impact.

A 19-year-old teenager was marking his run-up against the explosive pair of Matthew Hayden and Adam Gilchrist at the MCG. With his swing, he managed to trouble them for a fair bit but also went for runs. He failed to pick a single wicket that day but came up with a different mindset against the same opposition at Brisbane. Pathan got the dangerous wicket of Gilchrist and followed it up with that of Michael Clarke and centurion Hayden. The lanky fast bowler had announced his arrival.

Like VVS Laxman was known as a tormentor in the Aussie camp, like MS Dhoni fed on Sri Lanka, Irfan garnered a similar reputation against Pakistan. His atrocities in the 2004 series where he ended up with 12 scalps were famous. Especially when it made the then Pakistan coach Javed Miandad distancing himself from the ”Your Irfan Pathans are in every gully and mohalla of Pakistan. We don’t even bother to look at them” statement.

However it was his second tour to Pakistan that ignited his best ever performance in the traditional format. The Indian pacer was going through a rough patch. With just two wickets in the first couple of Tests, Irfan had a point to prove. On favourable conditions at the National Stadium in Karachi, India elected to bowl first. Pathan was swinging the ball crazy and after beating Salman Butt for three consecutive times, he found the edge.

On the next ball, he had Younis Khan trapped in front of the stumps. Then came the best delivery to Mohammed Yousuf who certainly did not expect himself to walk out to bat in the very first over. A tremendous inswinger that had Mohammed Yousuf’s bowled. The cheers in the Indian huddle grew louder as they surrounded the man of the moment in adulation. Irfan became the second Indian bowler to pick a hattrick. However, you will hardly see him boasting about it. Reason? Hear it from the man himself. 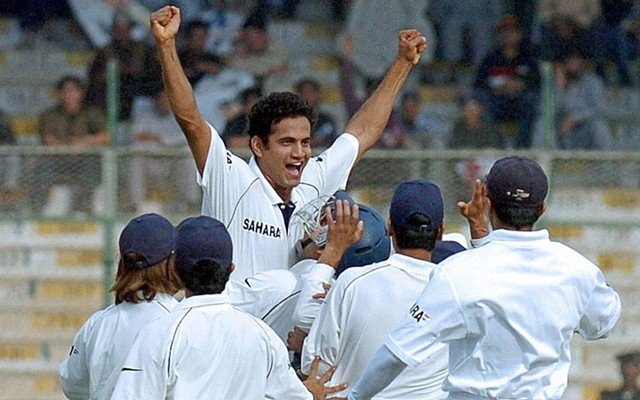 “It was a memorable event but personally I don’t speak about that hat-trick because we lost the match. I speak proudly about the matches in which I have even taken one wicket.”

Coming off from a disastrous World Cup campaign where India were eliminated in the group stages, the mood in the country was quite hostile. With the inception of the World Twenty20, there was not much hope from the young squad that travelled to South Africa. With the first game washed out, India faced arch-rivals Pakistan in an encounter where they also had several permutations to meet if they were to progress into the next stage.

Pathan started off with a maiden over and also crashed into Younis Khan’s stumps to give India the upper hand. He also accounted for Shoaib Malik and finished with figures of 2/20. India went on tie the game and won the bowl-out (which was later replaced with the Super Over). Pathan continued to impress and was amongst the best pacers for India in the tournament. With India set to face Pakistan in the final showdown as well, everyone realised the magnitude of the game.

As India were again set with a task to defend, Pathan struck twice in his second over getting rid of Malik and the all-important wicket of Shahid Afridi. He finished off with shattering Yasir Arafat’s stumps. Irfan had done his job even though there were a lot of twists and turns that followed. He won the Man of the Match for being the best bowler in the final. His figures of 3/16 not only established him as a match-winner but also gave him a new lease of life in international cricket.

Pathan stands out at the WACA

After the Sydney fiasco, there was a lot of discontent amongst the Indian fans. The Perth Test became the focus of attention as India looked to avenge the Sydney Test which they had been robbed off, after a series of wrong umpiring decisions against them. Pathan who played his first Test of the tour at WACA was off to a flier start as he got rid of both openers. In the second innings, he again followed it up by sending both openers back to the pavilion to keep Australia at backfoot. 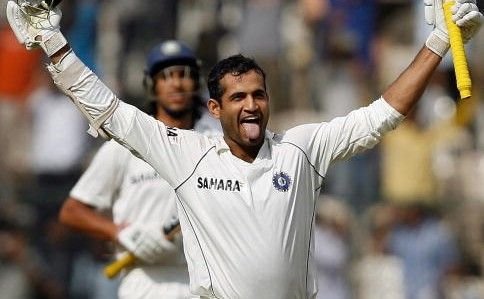 Besides the splendid performance with the ball, Irfan was also quite impressive with the bat, as well. Thus, making a vital contribution with the bat in the first innings, Pathan was promoted to No.3 in the second innings where he scored a crucial knock of 46. No wonder he ended up as the Man of the Match in a must-win encounter against the World No.1 Test side. Surprisingly, he played only two Tests after this.

The proposition to model Irfan into a fast bowler who can bat did not quite work into his favour. Over the years, his speed went down as well. Pathan went through a series of injuries and fitness issues which he failed to recover from. While Irfan last represented India in 2012, he was also a part of the Champions Trophy squad in 2013 though he didn’t play a single game. He again got injured and that was the last we saw of him.

“If there was a support system, it would have been better. If everything could have been managed properly, I could have been able to manage my injuries better. I used to bowl and bat a lot and did not rest and then did not pay attention to injuries”

He played his last game at the age of just 27. He regrets not being able to play more games and taking 500-600 wickets in international cricket. But as luck would have been, Irfan accepts it graciously. A Test hattrick. A Man of the Match performance in a World Cup winning final. 301 international wickets. Irfan Pathan will undoubtedly bow down as one of the best Indian pacers, especially at the peak of his career. Everyone has regrets, but as one turns back and looks at his international career, he lived a dream right from playing cricket at a Masjid in Vadodara to going on and representing India.

Find our other articles related to cricket careers, here.