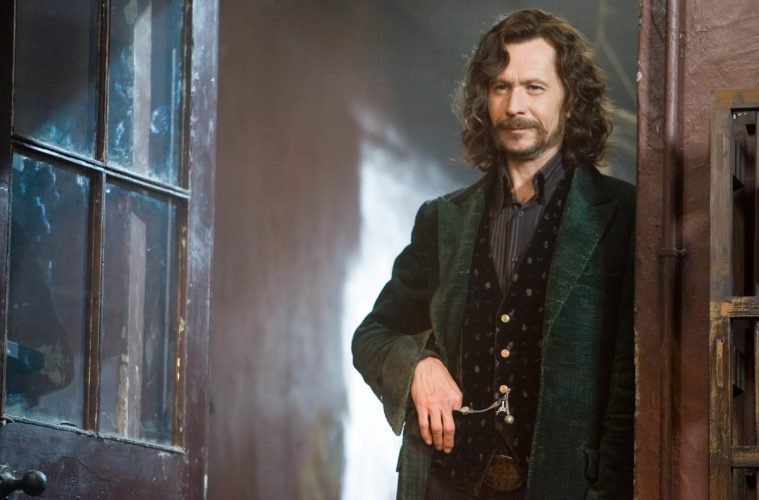 The Harry Potter series is filled with enough twists, twirls and beauty to make even a literature graduate go bonkers. Every time you read it you discover something new. Just like I discovered something this time around. The heart wrenching deaths of all those brave, wonderful characters that one can never get over. The entire Potter fandom collectively gasped when the prospect of Dumbledore’s death came into being. The 115 year old wizard lead a long and exceptional life. But with his death he was released from the guilt of having caused his sister’s death.

Every Potterhead has had to cope with several deaths. But one death that seems to have received much less attention than it deserved is that of Sirius Black. Yes, Harry’s 36 year old godfather died with the accusations of having betrayed his best friend and his family. Nothing prepared the reader for his death. There were no subtle signs, like the blackening of a hand. There was no time for the reader to draw-in air to gasp. One moment he was laughing and the next moment he was falling to his death. I remember going back to re-read this, with shaking fingers and an unsteady heart. Harry’s only chance of ever having a family, gone, just like that. After 12 years of waiting to know Harry, he just died. That too without a chance to say goodbye. He did not even get a formal burial. 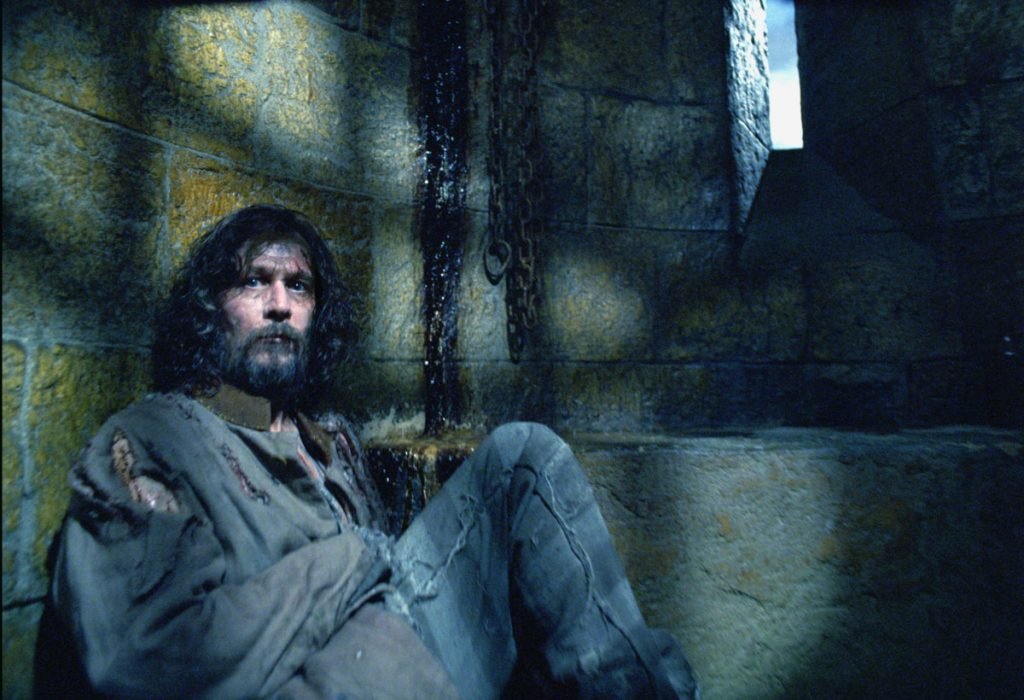 It marked the beginning of a series of deaths of people who Harry considered close. However, unlike others, Sirius died entirely for Harry. Yes, others died for him too, but Sirius had shown in the little time Harry and readers knew him, that despite his reckless behaviour, Harry mattered to him more than anything else. If that meant risking the dementor’s kiss as he walked into the Ministry of Magic to fight the dark wizards attacking Harry, or appearing through fire to guide Harry during Umbridge’s dictatorship, so be it. After all, he hated his own family. His Godson was all the family that Sirius had and wanted after his best friend’s death.

Dumbledore undeniably was fond of Harry, loved him even, but Rowling consoled us, gave us time and encouraged us to accept his passing. Especially so, when all the secrets were revealed in the devastating ‘Prince Tales’, where Snape presented his side of the story to Harry. Dumbledore is a constant presence, despite his death. He reappears to chat with Harry when Voldemort hits him with the killing curse. Lastly, Harry is also seen talking to his portrait in the headmaster’s room. How we wish Rowling had thought of some way to let Sirius linger on for a little while longer, too. But Sirius once gone, is gone forever! 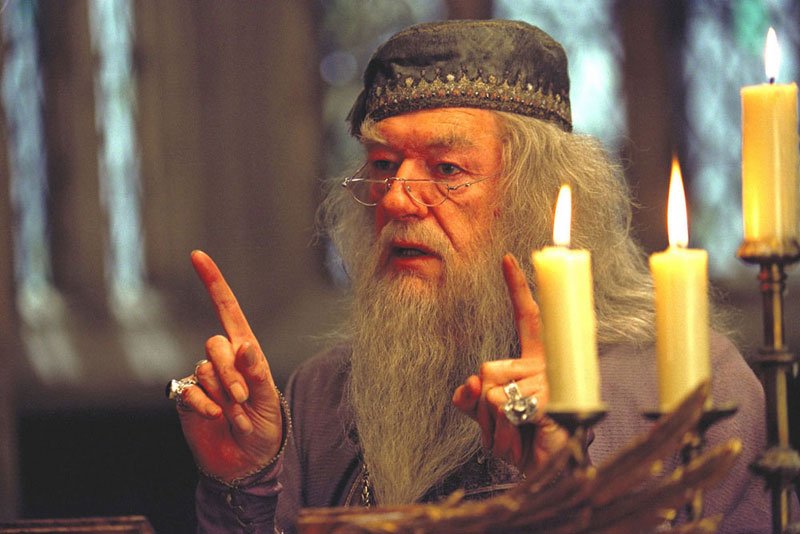 Dumbledore was a guarded, intelligent and a cautious man. This made him an ideal character. Perfect in comparison to Sirius, who was carefree, mischievous and cocky, despite having his youth snatched away with his freedom. I’d say, his is a more relatable character. His mistakes and regrets were more human. What endears him to the reader most is the mutual trust between him and Harry that is formed because they are both imperfect.

If Molly Weasley was like the mother that Harry never had, Sirius was the father figure. When Harry was selected by the Goblet of Fire (amid extreme controversy), his godfather trusted him. He was among the very few to do so. When the entire Order considered Harry too young to be capable of fathoming the danger he was in, Sirius told him as much he could about their meetings. He trusted Harry to be brave enough to not just know the danger, but also to face it. Harry too, frequently showed how much he trusted Sirius. 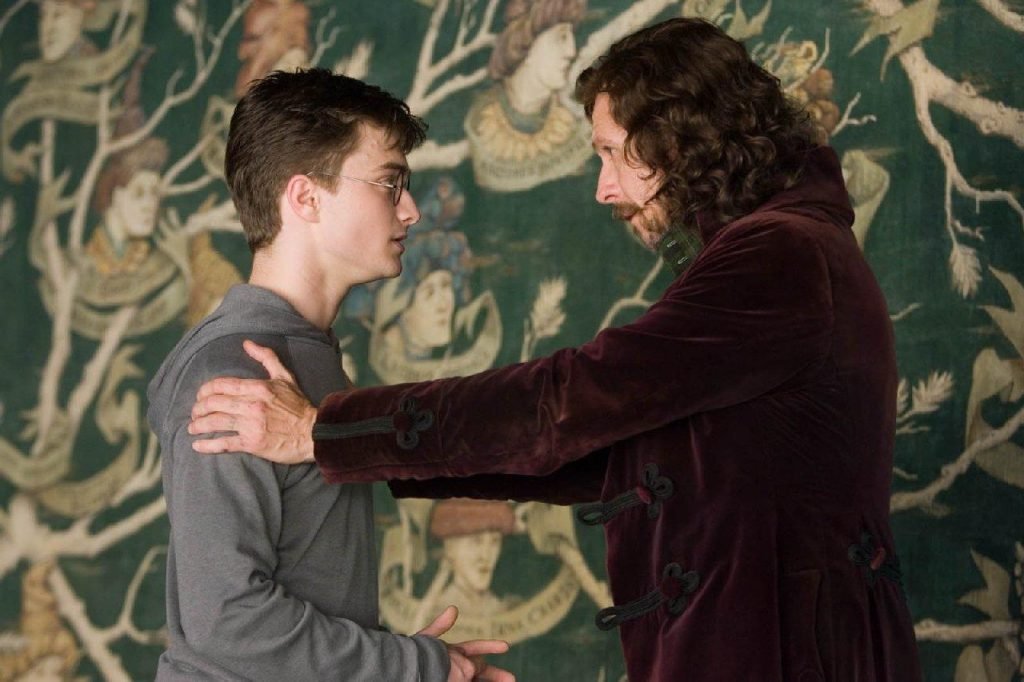 Their connection throughout the series is also magic – intense and immediate. Harry trusted Sirius to always have his back (he proudly threatened Vernon that his Godfather who was a runaway convicted murderer was looking out for him). Moreover, he did not hesitate when Sirius asked him to live with him in ‘The Prisoner of Azkaban’. This became a dream, which was the happy memory that fueled Harry’s first patronus to protect Sirius.

With Dumbledore, this trust was one way. Harry did believe in Dumbledore with all his heart, but remember how Dumbledore would not meet his eye in the entire ‘Order of the Phoenix’? At one point, it stopped surprising me if I discovered that Dumbledore had hidden something important from Harry. In all his wisdom, he would think that he was doing right for Harry, but a lot of the times, would regret it later on. Sirius was not just a father figure to Harry, he was an equal, and a dear, dear friend.

Sirius’s entire family was sorted into Slytherin. Why then, did the sorting hat place him in Gryffindor? Because Sirius chose to be in Gryffindor. Because he knew that most Slytherins turned into dark wizards and he did not want to turn into one. Several years later, the sorting head was placed on a head that had made a similar choice. Harry.

Talking of Sirius’s family, let us consider Bellatrix for a moment. The fact that she sang “I killed Sirius Black” when she burnt the burrow, made it obvious that the other characters knew what Sirius meant to Harry. The desire for revenge had been plaguing Harry, and Bellatrix’s song was more than enough to instigate him. 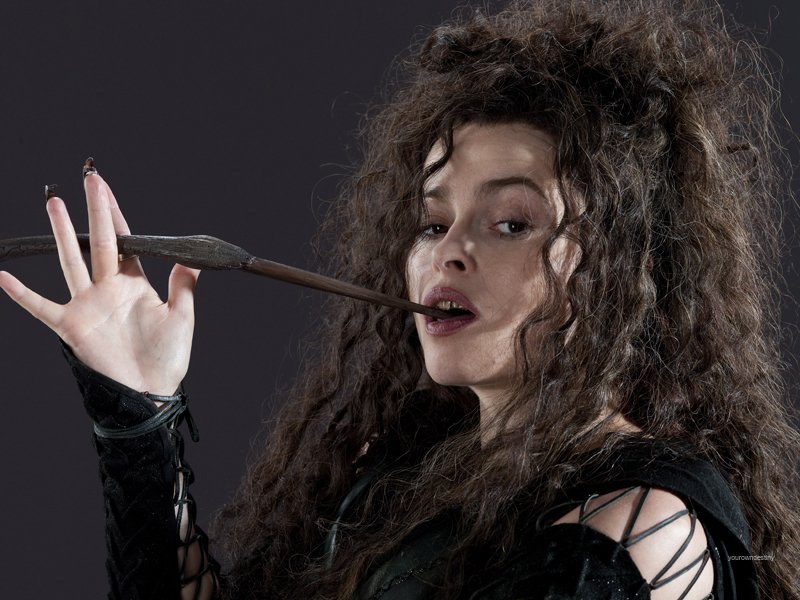 Dumbledore’s death was the end game. That was when Harry knew that he needed to finish Voldemort irrespective of what it cost him. If Sirius’s passing had aroused an anger similar to molting lava, Dumbledore’s passing hardened him.

I got over Dumbledore’s death as I read the books. But five years later, I still feel my throat tense up as I remember how many times I went back to the part where Sirius died, just to make sure that it really happened. R.I.P, Sirius Black.