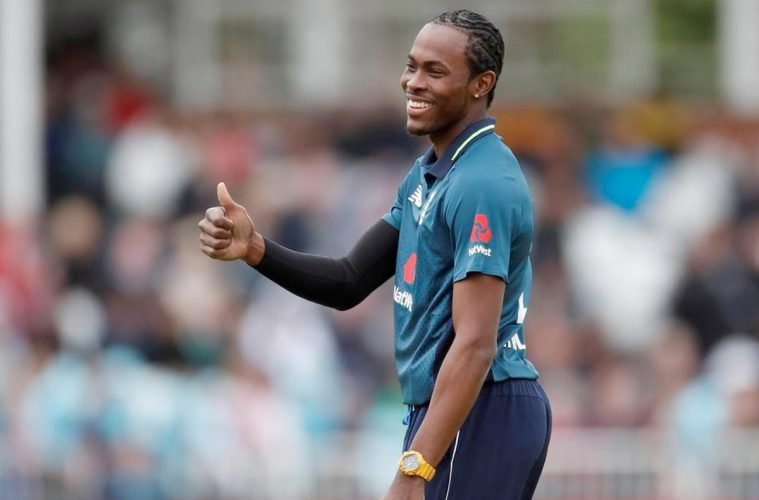 Jofra Archer has arrived on the international stage as the most sensational and lethal fast bowler this year. His fairytale international career started just in time for the World Cup. He picked up 20 wickets at the Cup, joint third on the list, and played a significant role in England’s maiden ICC World Cup. He bowled the super over, defending 15 runs in the chaotic finale while handling a phenomenal weight on his shoulders in just his 14th ODI game.

Currently, he is terrorising the visiting Australian lineup with his 150 kph bouncers. One such vicious delivery hit Steve Smith on the back of his helmet, dropping him on his knees. Smith eventually retired from the final innings of the test and missed the 3rd test with a delayed concussion. Smith’s replacement, Marnus Labuschagne was not spared either. He faced some chin music as well, taking one on his helmet.

With ODI and Test debuts in 2019, 23 wickets in 14 ODIs and a World Cup medal, a 5-wicket haul in just his 2nd Test and a ferocious bouncer that forced one of the best test batsmen in the modern era to retire and miss a test, it has been an extraordinary season for the 24-year old. 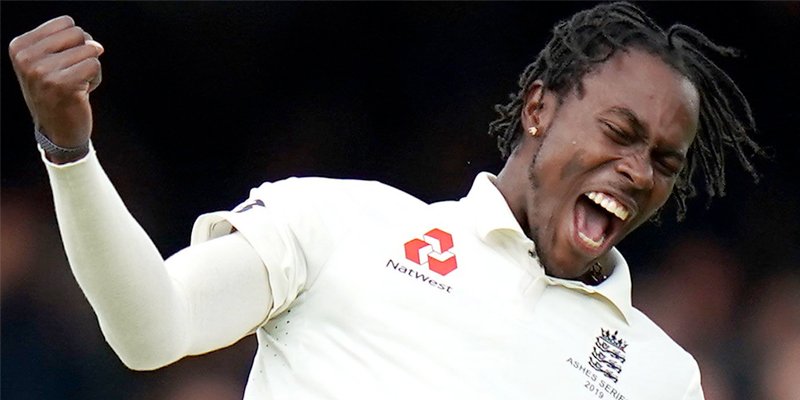 Archer Debuts With the Form of His Life

Jofra Archer was largely unknown to the world of cricket, besides fans of the BBL and IPL who are familiar with his exploits in the tournaments. The Barbados-born pacer decided his future in cricket lies in England and not in the West Indies. When ECB’s rules for eligibility to play for England relaxed, Archer made his debut against Ireland in May, just before the World Cup. He was selected for England’s World Cup squad although he was not included in the preliminary squad.

At the world cup, he was one of the most consistent bowlers in the tournament. He picked up wickets in 9 of his 11 games and bagged 3 wickets in 5 games. He took 20 wickets at an economy of 4.57 – outstanding figures for a World Cup debutante. In the World Cup final mayhem, Archer was tasked with defending 15 runs to win the championship. He stopped a resilient New Zealand 1 run short of the target and England won by having scored more boundaries. A World Cup after just 14 matches – what more could a youngster ask for?

Archer also made his test debut in the second test of the Ashes 2019 series at Lord’s. He took 5 wickets in his first test match, which ended in a draw. In his second test, the third of The Ashes, he captured his first 5-wicket haul, taking 6-45 in the first innings. He also took 2 more wickets in the second innings. However, the 2nd test will be known for Archer’s ferocious fast bowling. He consistently bowled at speeds in access of 150 kph. One such delivery, clocked at 148 kph, broke through Steve Smith’s defence and hit him on the back of his helmet. Smith left the field and Marnus Labuschagne took his place as Smith retired due to a delayed concussion.

Made a Name in Franchisee Career Before International Debut

Jofra Archer made his first-class debut for Sussex 2016. He made his List A debut against Gloucestershire shortly after a few days. Archer has bagged 136 wickets in 29 First-Class matches and 44 wickets from 28 List A games. He made his mark with the bat as well, with a top score of 81* in First Class with 6 fifties to his name.

Archer kicked off his franchisee career with Big Bash League, playing for Hobart Hurricanes in 2017. He has 35 wickets from 28 matches at a respectable economy of 7.69. He became an overnight sensation when Rajasthan Royals paid Rs. 7.20 Crores for his services at the 2018 Auction. Rajasthan Royals retained him for 2019 as well. He repaid the faith shown by RR with 26 wickets in 21 matches in his IPL career. He’s handy with the bat as well. 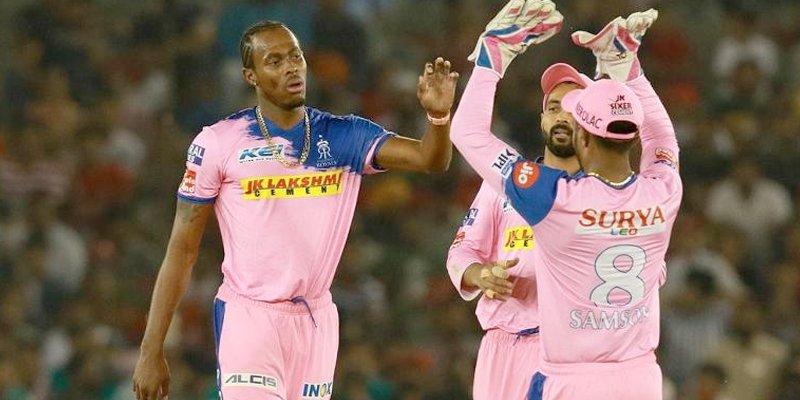 Jofra Archer was born in Barbados to an English father and Barbadian mother. He represented West Indies in U-19 cricket but was dropped for the 2014 U-19 World Cup. He soon realised that his future is outside of West Indies. Thanks to his father, Archer moved to England in 2015 and joined Sussex. Under the then ECB rules, he wouldn’t be eligible to play for England until 2022, after obtaining a mandatory residency of 7 years in England. The ECB relaxed this law, in keeping with ICC and Archer was eligible to play for England from March, 2019 onwards.

With the benefit of hindsight, we can say that this decision brought home the World Cup for England for the first time. England had come close to winning the trophy on 3 previous occasions. They finished as runners-up to West Indies, Australia, and Pakistan in 1979, 1987 and 1992 respectively.

Archer has been the find of the year so far. He embodies the fear-inducing bowling strength and raw speed that reminded of the West Indian lineup of the 80s and 90s. His fast bowling spell in his debut Test at Lord’s was one of the fastest spells in English cricket history. It claimed Steve Smith as its victim. That spell put him in the company of Andrew Flintoff, Steve Harmison and Steve Finn with an average speed of 144.5 kph. Flintoff leads the chart with an average speed of 147.25 kph.

Such a ferocious and lethal bowler is a generational cricketer and could prove to be West Indies’ greatest loss in modern-day cricket.