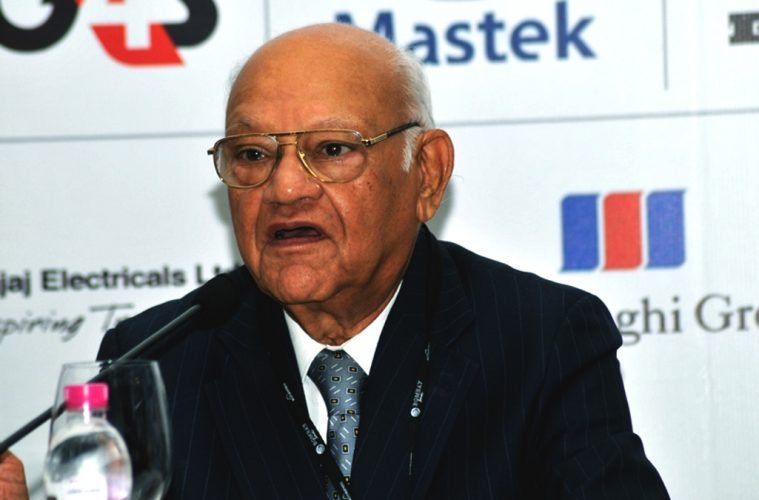 Julio Ribeiro Is A Decorated IPS Officer, But We Cannot Agree With His View That India Will Become Saffron Pakistan

Julio Ribeiro is a decorated officer who did some unbelievable work in Punjab. He is a recipient of the Padma Bhushan award. He survived two assassination attempts and eliminated anti-national forces during his service. Not many of us might have done so much service for the nation that we could question what Mr. Ribeiro might have said in his op-ed in Times of India. However, it is the beauty of democracy and secularism of India which some falsely claim is under threat, that I can express my opinion on Julio Ribeiro’s opinion without any fear of repercussions.

The opinion piece written by him has all the words that the ‘liberal’ and ‘intolerance’ brigade would love. The blog supports the letter written by Archbishop of Delhi asking Christians to vote ‘more carefully in 2019.’ The op-ed says that attempts are being made by the present day government to demolish the institutions. The Congress and opposition parties have tried tooth and nail to convince people that the constitutional institutions are under threat. All this while blaming the EVMs, questioning RBI, and even moving an impeachment motion against CJI. With respect to recent election results, it is quite evident that people have seen through this gimmick of Congress party.

Mr. Julio Ribeiro further questions why a ‘godman’ has been made a chief minister. Ummh, because he won the elections, remember! From here, the blog basically does just one thing – Fear Mongering! He says that religious leaders from minorities need to come forward to voice the community’s concerns. He adds that entire Muslim community has been terrorized and could be the next target in true fascist tradition. Yes, there are a few miscreants who target some people because of their religion. It is something that always existed in the society. No one denies that these fringe groups should be punished and put behind bars. But, to say that Muslim community has been terrorized is beyond comprehension.

Like Mr. Julio Ribeiro spoke to his Hindu friends, I also spoke to my Muslim & Christian friends. Everyone agreed that there are some people in every religion that create trouble, but as minorities, they feel as safe as they have always felt in India. For that matter, I am a minority, I have never felt threatened in the past, I do not feel threatened today, and never will I feel threatened in the future. The reason for it is that the majority of Hindu population in India is secular and tolerant. Also, the idea of ‘Hindu Rashtra’ being a place where minorities will be treated as second-class citizens, is baseless.

I respect Mr Julio Ribeiro and his views. But I certainly do not agree with his views. I am not a second class citizen in my own country, that is the feeling you get living abroad. I am free in India and I am not afraid of living in my Nation. I am an Indian First.

As experts have always said, Hindu is a way of life. Those who claim that Hindu Rashtra is upon us and it will lead to intolerance towards all minorities are pushing political propaganda. One way to look at is that all our ancestors were Hindus and so India is already a Hindu Rashtra. This act of instilling fear and comparison with Pakistan is just to get votes by scaring the minorities. No one wants India to become Pakistan, this argument that Hindu Rashtra will be Saffron Pakistan is flawed.

I have the utmost respect for Mr Julio Ribeiro, but I cannot agree when he says that India will become Saffron Pakistan. The tolerant Hindus and minorities have co-existed for decades and will continue to do so. Irrespective of what  ‘liberals’ or power hungry politicians say to create a divide; the people on the ground have and will continue to respect each other. So no, India will never become a Saffron Pakistan!

Gen. Jacob was a Jewish general who led the Indian army. He never made a fuss about his religion. Parsees have served in high offices without once feeling the need to mention their faith, but a Christian CP, Julio Ribeiro felt the need to play victim despite being so successful