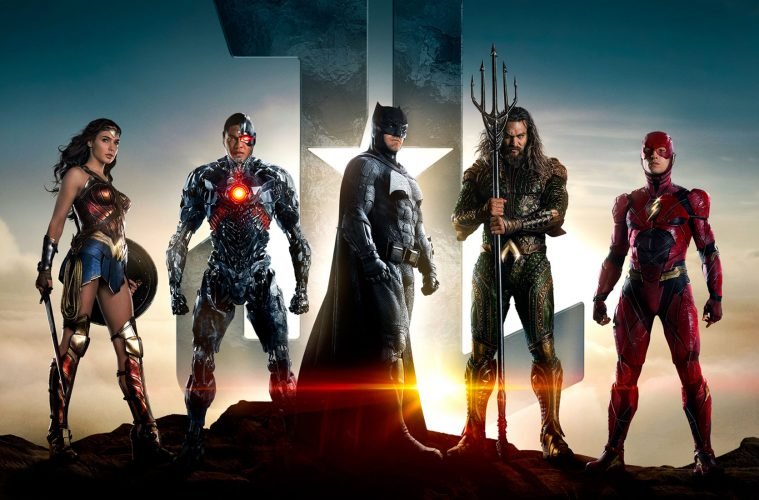 How do you honestly critique a comic book super hero movie?

It’s impossible to do so by remaining solely under the garb of a lover of film. Plot, characters and execution, the backbone of a film, are important factors here. But with a comic book movie, there comes other dynamics that attach themselves to a film like this. Suddenly, things like costume, action and fan service take a much higher priority. As a result, a film reviewer, even an amateur like I am, is faced with quite the dilemma. How do we separate the comic book movie elements from the elements that should be used to judge such a film? Is such a separation even possible? Also, regardless of whether it is or isn’t, should we be even looking to make that distinction?

Justice League serves up a similar dilemma for this reviewer. As a comic book fan, there are many things that would make more sense to me. There are many things, like plot holes that I could fill up with my previous knowledge or future set ups that I would spot right away. On the other hand, the film lover inside me would always look for what the aforementioned backbone of the film is like. The film lover would analyse each and every frame and the finished product as well.

I am going to try my best today. This is a film many have waited more than a decade for and somehow I feel glad to shoulder the responsibility of telling any readers of this review what the film is truly like.

After Superman’s death, Batman is driven by guilt, more than anything, to assemble a team of meta-humans and powered individuals. His aim is to battle a threat that he believes is coming from far away and assisting him is an assortment of some of DC Comics’ most popular characters. He is joined by Wonder Woman (Gal Gadot), The Flash (Ezra Miller), Cyborg (Ray Fisher), Aquaman (Jason Momoa) and Superman (Henry Cavil). And please don’t act like that’s a spoiler. He’s literally been on the posters. 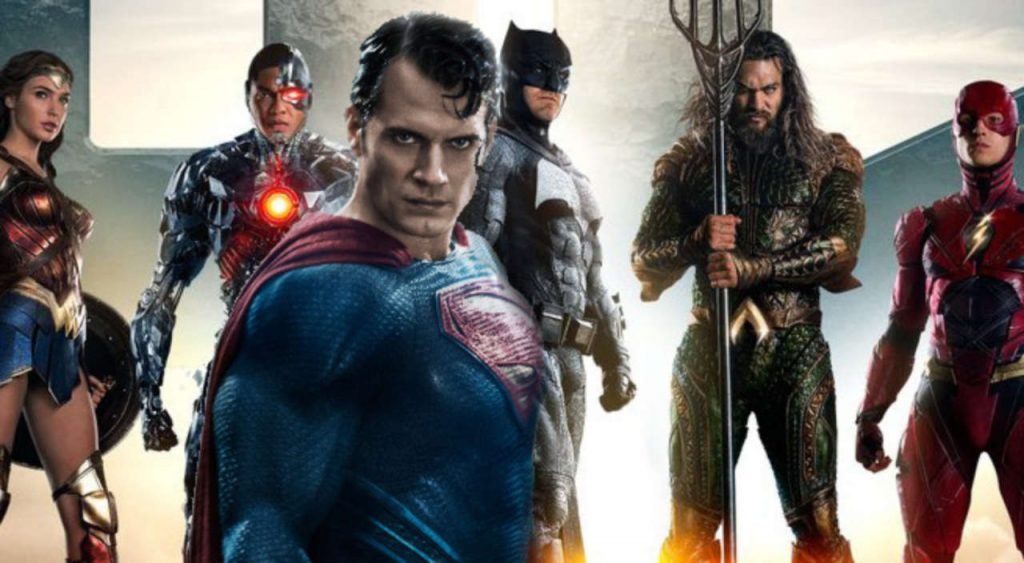 – That it works. Somehow, despite some flaws, the film works. All the elements, viewed separately, could normally spell a disaster but this film actually and truly works.

First off, pacing and tone. This deserves its own paragraph because short of actually making these words their tagline, Warner Bros. told everyone who would listen that the film would be ‘fun’ and ‘light.’ Much criticism was levelled against Batman vs Superman and Man of Steel, especially against the long, drawn out plots and the dark and moody atmosphere of the films. This reviewer, though, never thought that was a problem but when enough people say one thing, studios take notice.

Notice, they did. Justice League breezes along at a speed quite akin to Barry Allen. It clocks in at a brisk two hours and there are some, albeit few, moments that may feel a little rushed. It is obvious a lot of the scenes have been cut, especially after the studio demanded that their movies be no longer than 2 hours. This does show in a few scenes, where the editing is a little too much. None of the action scenes suffer from this, no more so than any normal Hollywood action film at least. The emotional moments, however, or the scenes of character interaction, are pretty short but somehow almost always land. Almost like a piece of candy that tastes delicious but is over too quickly.

As for tone, that is probably this film’s strength. Many were divided over Joss Whedon taking over the reins after Zack Snyder left but thankfully, this movie doesn’t suffer from a lack of identity. Zack Snyder’s stamp is all over the film and the beautiful cinematography corroborate that fact. Say what you will about the man, visuals have always been his forte and Justice League never disappoints. Despite that, however, the tone remains light, fun and above all, it makes for a film that actually has heart. The banter and jokes amongst the league also stands out. None of the jokes feel out of place here and each and every one of them lands right in the sweet spot.

As for the action, the movie nails it. The scenes are beautiful and extremely well shot. All characters are given a chance to stand out with respect to their abilities and they do so with aplomb. Even the banter during each action scene somehow feels completely part of the experience and doesn’t pull you out of the action. There may be people joking around but they’re only doing so because, well, what else do you do in the face of almost certain death. The action becomes heightened especially when Barry Allen takes charge, something that can only be seen to believe. 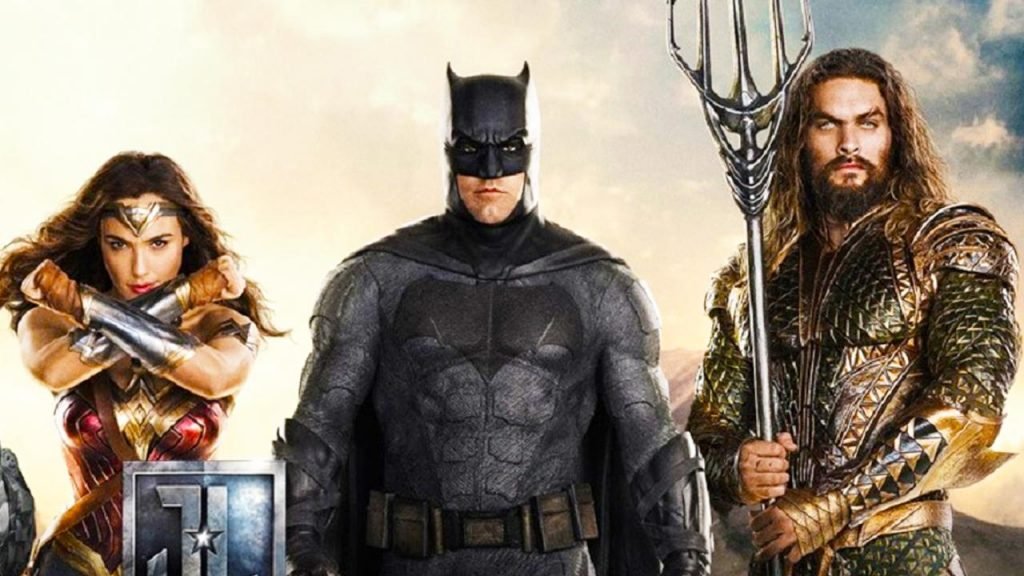 While I may praise the visuals in this film, that is also one of the areas which is its biggest shortcoming. All weird editing and pacing aside, the film’s villain is its only, and ultimate, weakness and don’t even get me started on the bad CGI. While Steppenwolf may be part of some very badass action sequences, his characterization is non-existent. He is supposed to be menacing but we never feel that menace and all he ends up being, is a plot device. Although, that may not be a bad thing, something I’ll get into later.

Of course, it’s the League themselves that shine. You actually feel that sense of hope, wonder and complete awesomeness as you see them unite onto the screen. Their chemistry with each other is remarkable and full marks to Snyder and WB for nailing the cast. Gal Gadot is as charming and unstoppable as ever. Ben Affleck finally comes into his own as the Batman but also as someone who has remembered what he once stood for.  As for the new entrants, they excel. Ray Fisher is surprisingly good and his character is the most intriguing throughout the film. Jason Momoa is…well, Jason Momoa. It’s obvious that his version of Arthur Curry is more of a drifter than a king and is far from reaching the throne of Atlantis, an arc that I am most interested for.

Ezra Miller and Henry Cavil, however, leave everyone behind. Pun intended. Ezra Miller is the definitive Barry Allen for anyone who is a fan of the Scarlet Speedster. He may be a child but he has some of the most brilliant scenes in the film. His jokes land, but so do his innocence and his innate desire to do good no matter what. As for Henry Cavil, let’s just say that this was the Superman most of us have been waiting for. His arc that began in Man of Steel is finally complete and I can honestly say that I am looking forward to more of his Superman.

I talked about the comic book portion of the movie and how it was difficult to separate from the film making aspect of it. I bring that up now to talk about the plot of the film.

The plot is thin. Very thin, if I am being specific. However, it somehow adds to the film’s experience in my opinion. Any film would benefit from a rich plot; but in films like these, the plot serves as nothing but a device. It’s one of the inherent problems with adapting a movie from a comic book. I can’t honestly say that comic books don’t have good story lines because they do. But translating them into a film can sometimes have the opposite effect on even the most exciting story line.

It’s the reason why I believe that Justice League’s weak story actually serves it. It, or rather Steppenwolf, acts as an excuse for these heroes to come together and that has been the point from the beginning. These heroes uniting to save the world from a random threat and realising that this could be a permanent thing, is what the goal was for Justice League.

This film acts as the perfect vehicle for that. The heroes come together, revealing themselves to the world and to us. This isn’t an origin story, this is a story about these heroes finally coming forward and saving the world. It also acts as a reveal for us, it makes us excited for their individual stories, now that we know they exist and frankly, that is the only thing the film needs to achieve. A film that does so is a film to be watched definitely. 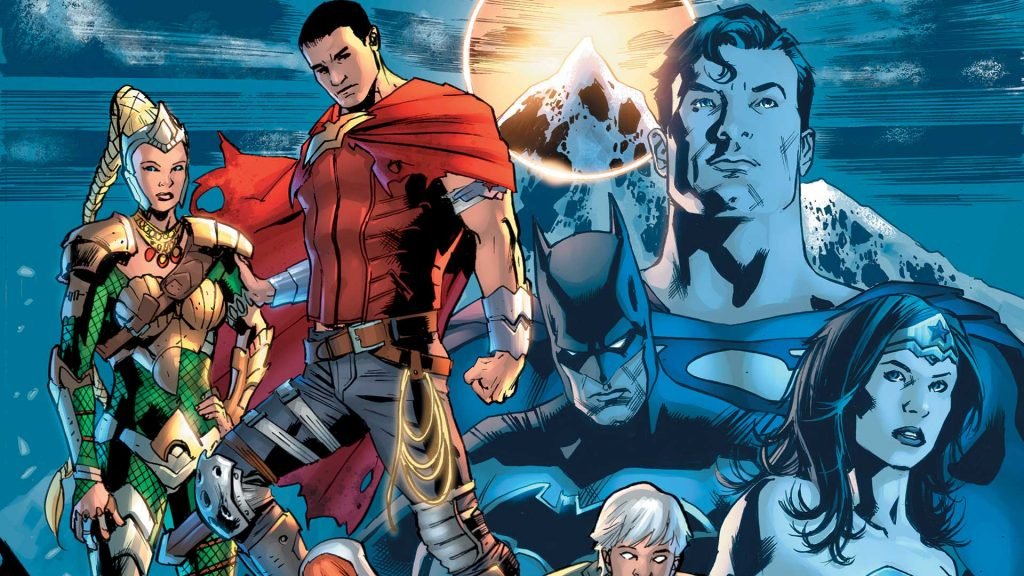 In summary, Justice League is a very solid and extremely enjoyable superhero flick. More than that, it has a beating heart and makes you care for all these heroes that you may see in the future. It does have some problems, but no more than most of the other superhero films out there. And as I said, some of these problems actually work in its favour. And if you’re a DC comics fan, I could not recommend this movie enough. Even if all you did was watch the Justice League cartoon or the Justice League animated films, you need to see this film and experience it. It is a joy, speaking as a fan, and I was beside myself with glee in many scenes, screaming myself hoarse in the rest. And I wasn’t the only one.

You did it, Zack Snyder. They may hate you, but we know what you did. We love you and we hope you’re back. You gave us the perfect superhero trilogy. And I, for one, am glad to be alive in a time wherein I had the chance to experience it. Thank you.

Also, make sure you stay for the credits AND after them.