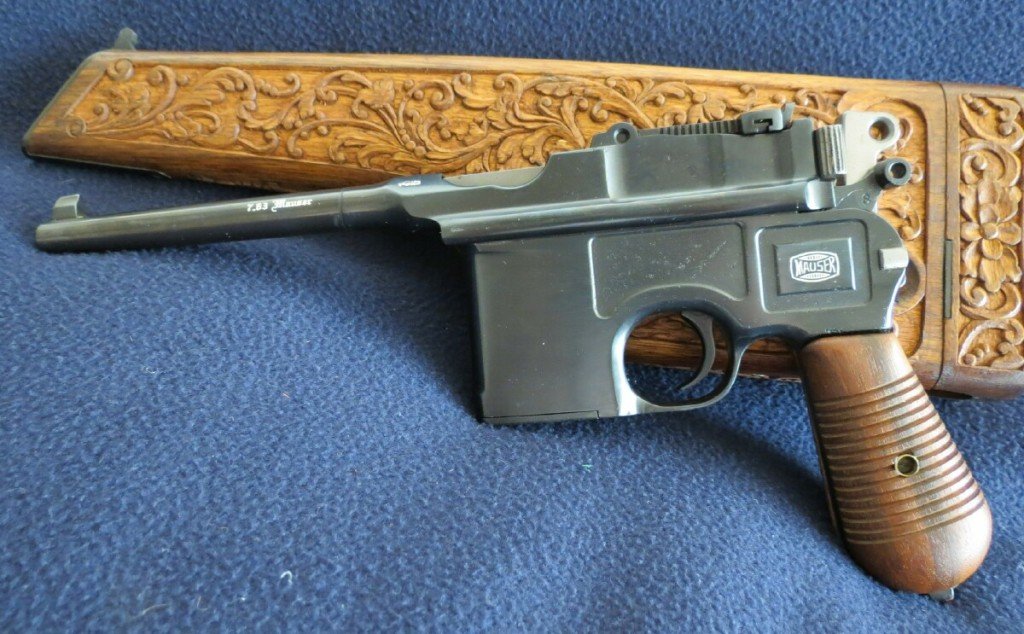 ‘We sigh and think we have done our duty. We do not have that fire, we do not suffer, for we have become corpses. Today they are sitting on a Hunger-Strike and suffering and we are silently watching the show. May God grant them the strength and courage they need in their last few days’.

The above lines were written by Bhagat Singh in his article, “Kakori ke Veeron se Parichay”. This was because he was miffed about how the valiant sacrifice of his revolutionary friends were looked down upon by a few people who did nothing but staged a few hunger strikes. Bhagat Singh had started celebrating Kakori Kand day while he was alive. However, we are just keeping the tradition alive. And finally I shall tell you the tale today. One of my all time favorites – How Kakori’s name was etched forever in the annals of history on 9th august 1925.

Many people have asked me time and again, “why?”. What was the need to raid government treasury and face the immense pressure when they could have comfortably looted rich Zameendars and other civilians? In this way, they could have avoided the government from getting involved with all its force. But it was needed that the Government was looted. And I will tell you why.

On 1st January 1925, from an unknown location in India, a four page pamphlet was published. Title was “The Revolutionary”. It was written by Ram Prasad Bismil under the nom de plume “Vijay Kumar”. In this pamphlet, he espoused his group’s revolutionary thinking, ideology and goals. He openly condemned Mahatma Gandhi for not asking the tough questions to British. Mahatma Gandhi was the best enemy one could pray for – his protests were always called off mid-way, he always denounced the ones who asked tough questions and always held the moral high ground. Thus, British didn’t care of what social changes Gandhi tried to bring in as long as he towed their line and British ruled India.

Meanwhile, Bismil very clearly outlined what kind of systematic changes he and his group wanted and how Britishers have forced them to take this radical stance. Looking at the explosive contents of the pamphlet, Police actively started looking for the author. Consequently, two stalwarts of H. R. A. (Hindustan Republican association) Sachindranath Sanyal and Yogesh Chandra Chatterjee were arrested while they were trying to distribute the pamphlets. This left Ram Prasad Bismil in-charge of the U. P. division as well as Bengal division of the H.R.A.

Hindustan Republican Organisation was facing a severe cash crunch as there were not many who would risk their lives funding a revolutionary movement against the British. Thus, they had no arms, no ammunition and no source of Income. How is a revolutionary group supposed to overthrow a cruel foreign rule without arms? Here H.R.A. took a leaf out of Irish revolutionaries and conducted political loots at Bichpuri on 7th March 1925 and Dwarkapur on 24th May 1925. But both the loots had left one person dead and in turn gave a bad name to the revolution. This affected Bismil a lot. Thus, he pledged that he would only loot the government from now on.

Ram Prasad Bismil was once traveling from Shahjahanpur to Lucknow in Number 8 down train when he observed something. At every station, guards would bring a few moneybags and deposit it in a heavily guarded coach of the train. Something drastic had to be done. Could that be done?

When he discussed his idea with his friends, he was greeted with hurrahs and several encouraging pats on his back. Thus, soon a plan was formed. D-Day would be 9th August 1925. Consequently, ten youngsters were shortlisted for the mission.

On 9th August, as soon as the train approached Kakori, in the second class compartment, somebody pulled the chain and brought the train to a halt. Ashfaq Sachindra Bakshi and Rajendra Lahiri got up. As soon as the guard got down to find out from which compartment the chain pulled, they pounced on him and made him lie on ground face down. In the meanwhile, two of them jumped in the engine room and pushed the driver to the ground. First part of the mission was successful.

One revolutionary each stood guard at both ends of the train and started firing, while the rest started shouting – “We are freedom fighters. We will not harm any Indian. Please do not peep out.” Soon four men were in the guard room. They managed to pull out the box in which money bags were kept, without any resistance. British officers and guards did not say anything fearing a large scale dacoity. They thought they were outnumbered and thus trying to fight would be foolish.

Bismil and Ashfaq being the strongest, started trying to break the box open. Soon, the box lay open and they started filling the moneybags in the rugs which they were carrying. They broke off and ran away in different directions. In their hurry, they committed a fatal mistake. 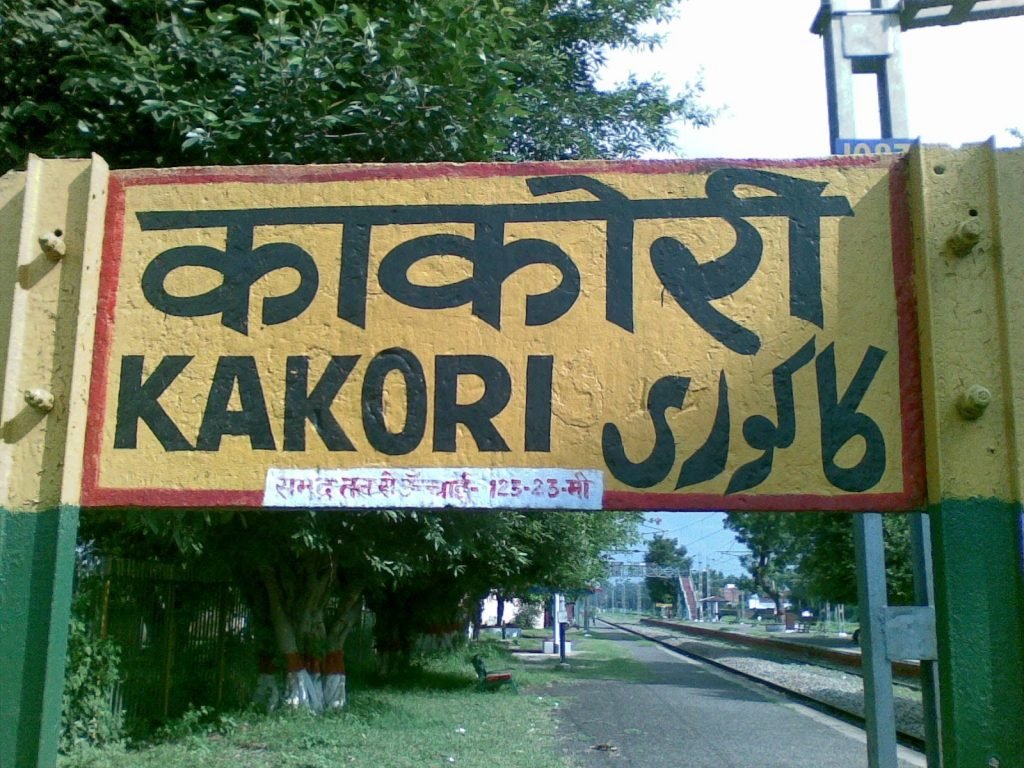 This extremely well planned strike shook the mighty British establishment. CID soon confirmed that this was a planned strike. It was a blot which they wanted to remove as soon as possible. A bed sheet full of cash had fallen behind while the young guns were taking off from the site. That sheet had a mark made by a local dhobi (washer-man). Dhobis leave an indelible mark on the corner or inside of the clothes which they wash so that their clients never lose their clothes.

That lead the police to Shahjahanpur where, after talking to all the dhobis, they identified the one who had washed that bedsheet. This lead the police to one Banarasi Lal’s doorsteps who used to have feud with him and later became Bismil’s business partner. He knew about the plan and became a police approver. He identified all 40 members of the party. 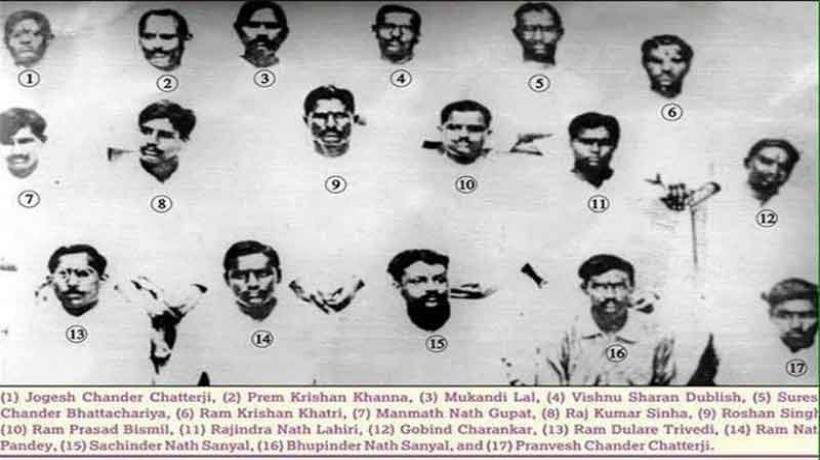 A wide net was cast and the biggest manhunt in the Raj begin. Soon, Ram Prasad Bismil was caught on 26th September. So were the others, with only exceptions of Ashfaqullah Khan and Sachindranath Bakhshi.

A mock trial begin in a makeshift court in Lucknow near Hazratgunj. It was a beautiful building called ‘Ring Theatre’ where the British officials used to enjoy movies and plays. A board was  put at the entrance which read “Dogs and Indians not allowed”. This was the place where all accused were kept together and for next 18 months a Drama called ‘King Emperor vs. Ram Prasad Bismil and others’ was played. Public prosecutor was an eminent lawyer named Jagat Narayan while Ram Prasad was given an ordinary lawyer named Lakshmishankar Mishra on government expense. Bismil decided to fight his case himself.

When Bismil started arguing his case in fluent English, judge, jury and the public prosecutor were taken aback. Chief Justice Louis Shirts had to ask him, “Mr. Ram Prasad! From which University have you taken a degree in law?” Bismil laughed and replied, “Excuse me Sir. A kingmaker doesn’t require any degree.”

Miffed by his reply, court rejected the petition filed by Bismil on  on 18th July 1927 to fight his own case and Lakshishankar Mishra took over.

Ashfaq had ran away and hid in a sugarcane field just before British raided his hideout. He managed to reach Kaashi after a difficult journey, where with the help of a few friends from Banaras Hindu University, he was kept safe. They advised him to lay low for the time being and helped him go to Bihar. He got a job as a clerk in an engineering firm in Daltongunj in Palamu district where he worked for good 10 months before being tired of this exile. He planned to go abroad and strengthen the movement there. This lead him to Delhi to make preparations.

Here he met an old Pathan friend from Shahjahanpur who invited him for dinner. They kept talking till 11 P.M before Ashfaq fell asleep. Next morning he woke up to sounds of relentless banging on the door. This is how last hero of Kakori fell in to Police’s hands due to the greed of a friend. He was coerced a lot by the British to help them in the trial but he didn’t. Later he was tried together with the other accused as the case against Ashfaq was merged with the main case.

The British Court did not do anything unexpected. Ram Prasad Bismil, Ashfaqulla Khan, Rajendra Lahiri and Roshan Singh were awarded death sentence; others were given life sentences. The entire nation was shocked to see these young boys being sent to the gallows. Members of the Central Legislature petitioned the Viceroy to reduce their death sentences into life sentences. Appeals were sent to the Privy council, the highest court in those days but English wanted to set an example. And an example is what they set. For revolutionaries like Bhagat Singh, Sukhdev, Rajguru and countless others who sacrificed themselves for their nation.

The least we can do is to remember how many lives were sacrificed to attain this independence. Let us not squander it.