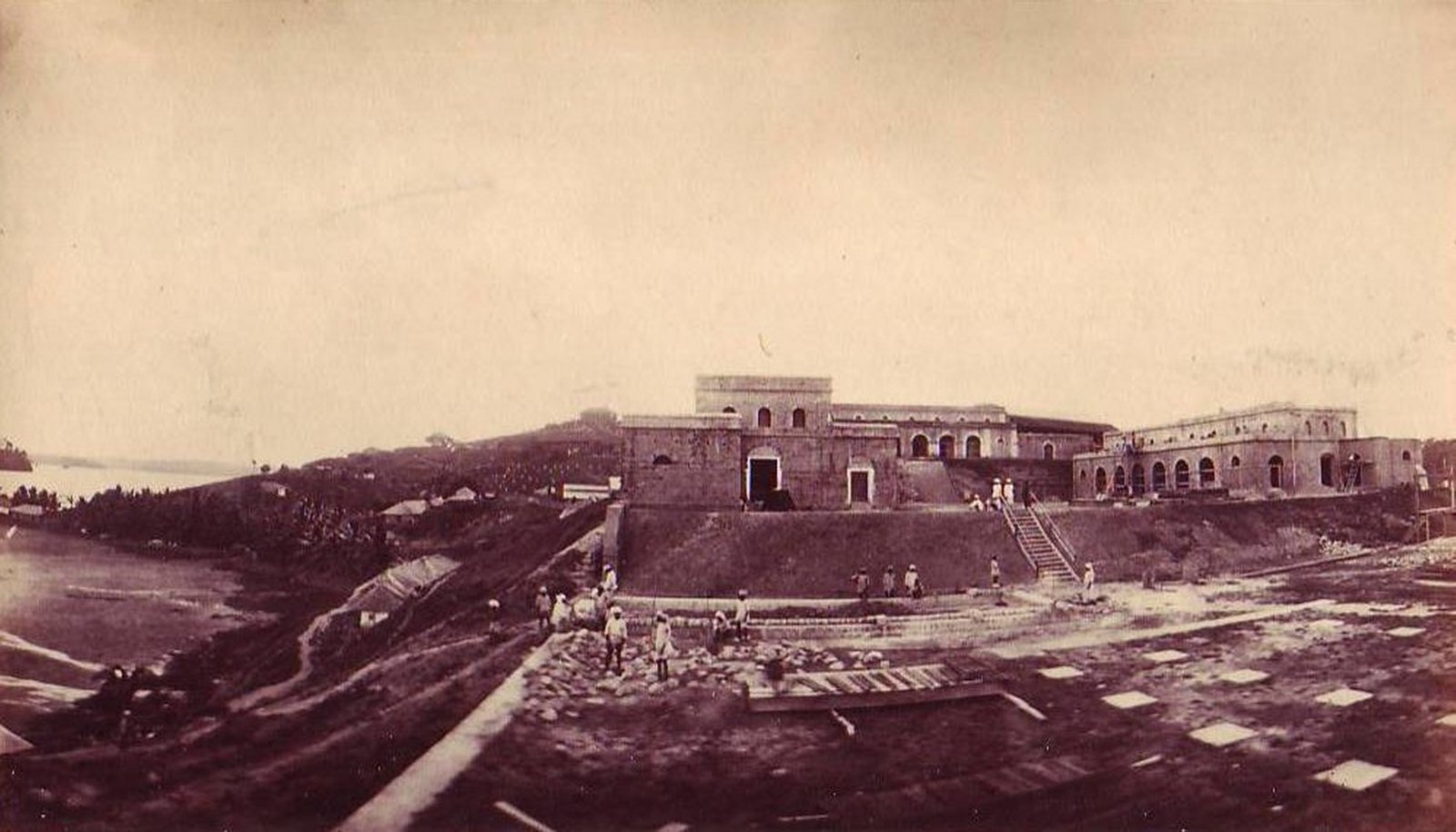 Kala Pani : The Prison Made To Instill Fear

If you are a Bollywood buff, you would know about the existence of this punishment for sure. ‘Saza E Kala Pani’ in Hindi movies meant a faraway place away from civilisation and amidst the sea. Bollywood does get its fact correct at times. Such a place does exist. Kala Pani refers to the famous Colonial era Cellular Jail located in the Andaman & Nicobar Islands down south.

The British made the Cellular Jail in 1906. Its construction started in 1896. The jail was primarily built to house the political prisoners who participated in the Sepoy Mutiny of 1857. Remember Mangal Pandey?

The British believed in meting out the harshest of punishments to any and every criminal. In the dictionary of the British, as is with almost every dictatorship in the world, the word “criminal” included anyone who opposed their regime. The British kept devising new ways of punishments to be given to the prisoners. Sending them off to a far off island, where the prisoners were under total control of British soldiers, and could be beaten up, humiliated and tortured as much as the British wanted was one of the perfect combos of punishments. This was not all. The deportation of prisoners to an island away from mainland India served another purpose. As per Hindu customs, any person who undertook a sea voyage risked the possibility of loss of caste. The fear of being excluded from one’s own caste was enough for most Indians to tone down their anti-British activities.

During the British Raj, the concept of Jail was not the exact same as it is today. Criminals and rebels were sent to far off islands where they were housed in barracks. These prisoners were subjected to humiliation and heavy hard work on these islands. The prisoners were used as free labour for the construction of official buildings, houses, fences, walls etc. The British used various islands in South Asia as sites for such prisons. Converting whole of a small island into a prison was actually a smart move. It decreased the possibility of escape as there simply were no means. 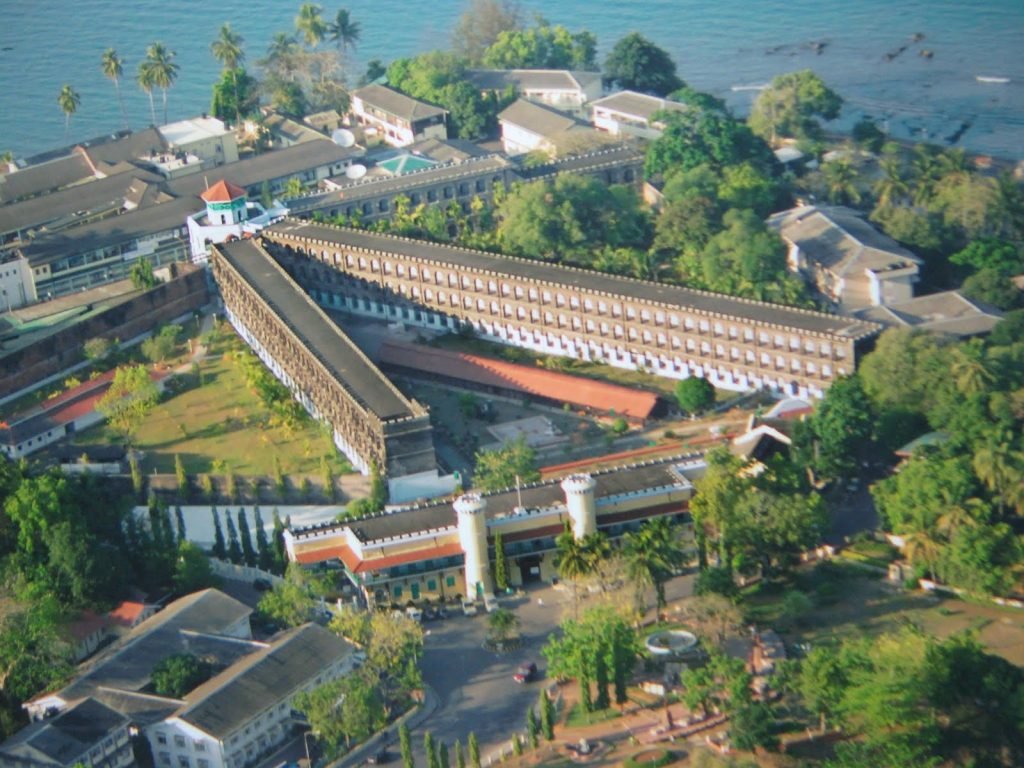 Before the Andamans, the islands of Sumatra & Malaysia were used. After the rebellion of 1857, there was a huge increase in the number of rebel soldiers. While a handful of these rebels were hanged to death, the remaining were sent to Andaman to work on fencing of the island and other construction works.

The Andamans were used as a sort of an open jail for a few years only. The British started building the Cellular Jail in 1896. The 1857 mutiny had ignited a fire in many hearts. This led to increased arrests and imprisonments. With the increase in their number, the British needed some way to keep them from interacting each other. The inmates had already tried escaping once, though they had failed owing to the vast expanse of sea around them. There is also a record of a prisoner attacking a visiting official. These reasons prompted the British to start the construction of the Cellular Jail.

The Cellular Jail was completed in 1906. The jail was made in the shape of a bicycle wheel. It had a watchtower in the centre of the complex while seven straight wings led out of the watchtower like spokes in a bicycle wheel. The central watchtower was perfectly placed to give the guards a view of the whole prison. Cellular Jail was constructed on a format based on Jeremy Bentham’s idea of the Panopticon. The Panopticon was an architectural idea wherein an institute was designed in such a way that one watchtower would have the view of all the inmates of the institution. This also served the purpose of instilling constant fear in the inmates. The inmates thought that they were being constantly watched and behaved accordingly. 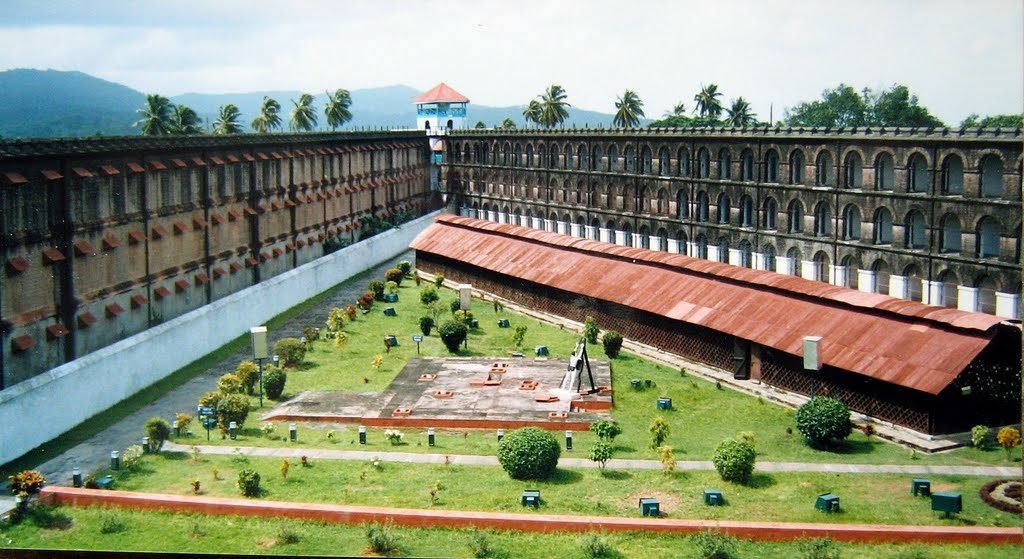 Each wing had three stories which housed cells that were barely 4.5 by 2.7 metres in size. The cells were placed in a way that any prisoner in a cell could only see the back wall of another cell. This was done so that no two inmates could talk to each other. This was a cautious measure for a prison where more than half the prisoners were rebels who could move people to war just by their words. The Savarkar brothers were housed in the same jail for two years and had no idea about this. Such was the isolation that was faced by the prisoners. The solitary confinement led prisoners to madness, though it is said that this did not affect the revolutionaries as much.

The prisoners in the cells were subjected to inhuman treatments. The cells had only a small ventilation window. There was no provision of lighting in the wings. Nor were the cells equipped with a basic toilet. The prisoners were provided with two earthen pots. One for consuming food and one to use as a toilet. Prisoners had to sit in the cells with their feces lying right beside them. Above all, the prisoners had to sit and think positive about the country’s future in such a situation.

To make matters worse, the cells were not made of any high quality material. The roof leaked during the monsoon. As there was no light, the prisoners were often stung by scorpions. Many prisoners died due to fever caused by such stings as no proper treatment was available.

By the 20th century, the Cellular Jail was filled up with more and more freedom fighters from mainland India. To think that such brave souls would not protest against the torturous treatments would be foolish. Over 30 prisoners went on a hunger strike, demanding better living conditions in the prison, or rather, livable conditions.

However, such a protest was responded with the same reaction that was given by the British in mainland India – increased torture. To break their hunger strike, the British started force feeding the inmates. An associate of Bhagat Singh, Mahavir Singh was also force fed by the British. Pipes were forcefully inserted in his nostrils to feed milk into his stomach. However, the milk entered Mahavir Singh’s lungs which resulted in his death. Apart from Singh, Mohan K Namdas and Mohit Moitra also died protesting such inhumane treatment. 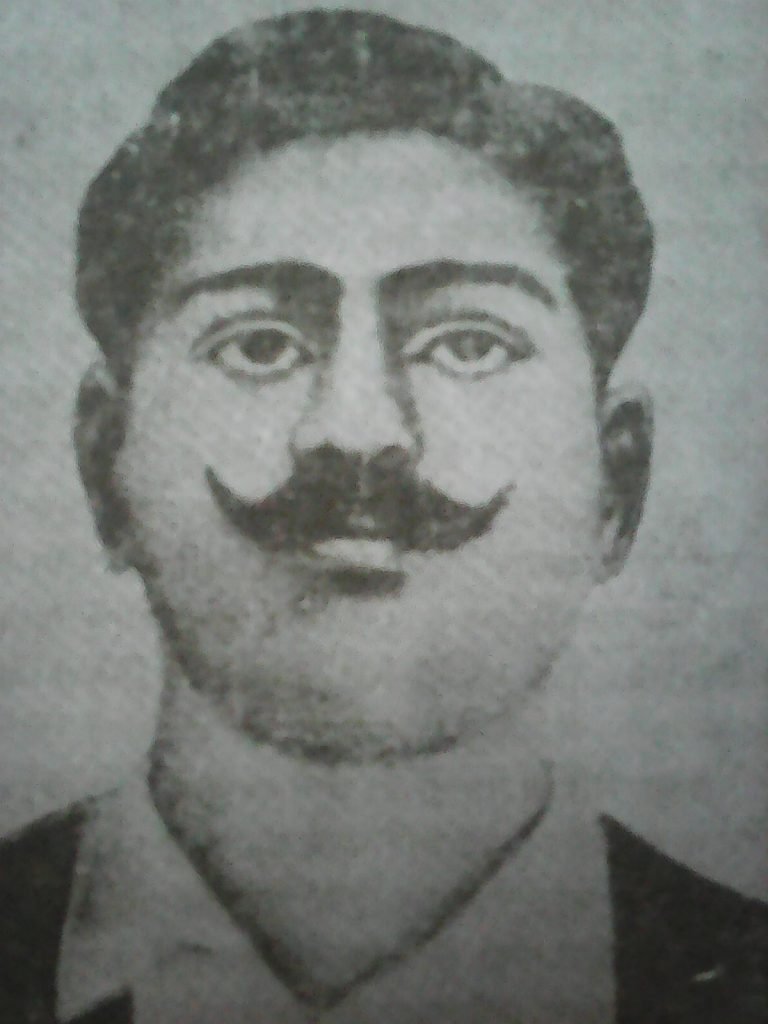 Any prisoner who died in the jail was not even given a proper burial as per their corresponding religion’s customs. Their bodies were casually thrown into the sea. The British did not even have the simple courtesy of at least respecting the dead.

News of such harsh treatments finally started getting out to the mainland after almost 40 years. It was met by protests by various leaders such as Mahatma Gandhi and Rabindra Nath Tagore. This forced the British to repatriate the prisoners in 1937 and close down the Cellular Jail for good.

The jail was invaded by Japanese forced in 1942 during World War II. Ironically, it was then used to house British prisoners of war. However, by the end of World War II, the British had resumed control of the island.

Out of the seven original wings, only three remain today. While two wings were destroyed in an earthquake, two other wings were demolished after Independence. Such demolition was met by protests from several former prisoners. The remaining three wings and the watchtower were converted into a National Memorial and a museum. A hospital was also set up in the premises in 1963. 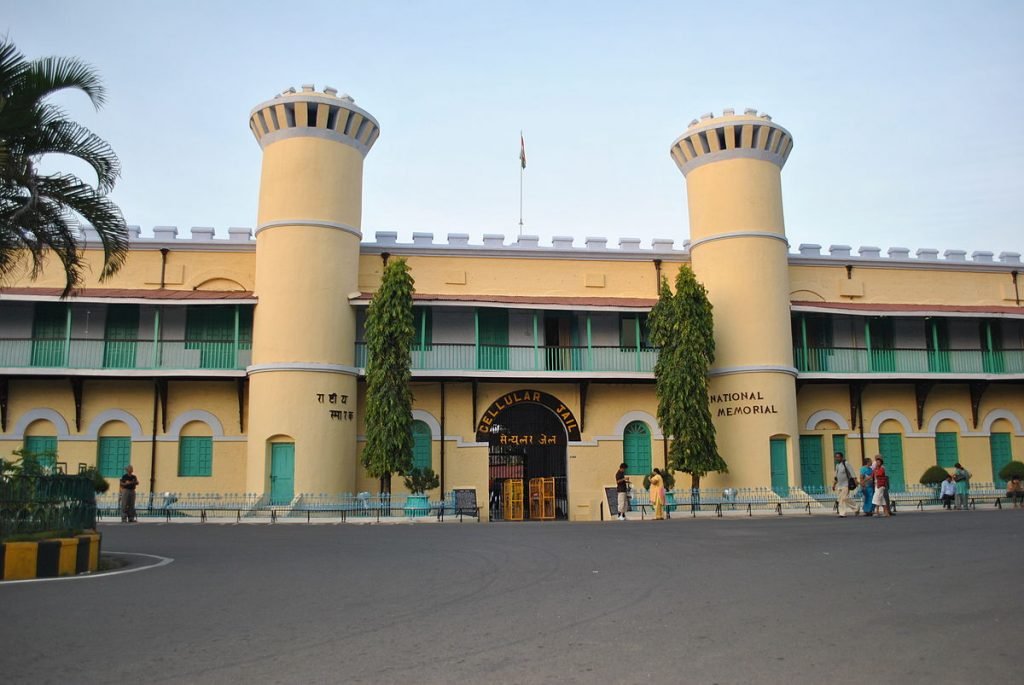 We are well aware of the struggles of freedom fighters in the last years of the British Raj. However, not many people know about the struggles faced by countless unknown prisoners who faced such struggles for not just a few years, but almost over two decades. It would actually be an insult to call what these prisoners faced “struggles”. What the revolutionaries faced on that island were horrors. Horrors, in return of a freedom that most of them didn’t even get to see.