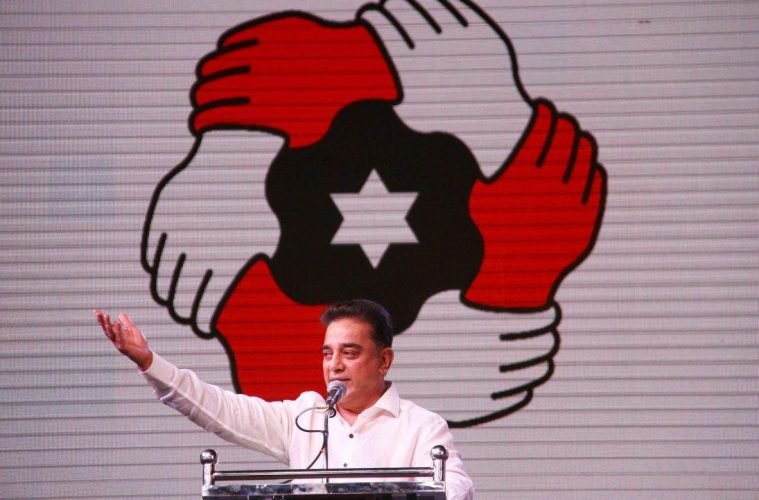 Kamal Hassan’s ‘Makkal Needhi Maiam’: All You Need To Know

The flag of the party carries a motif of six hands holding each other to form a circle. In addition, there’s a star inside at the center. The former representing the six south Indian states (Tamil Nadu, Kerala, Karnataka, Andhra Pradesh, Telangana, and Pondicherry) and the latter representing the people. 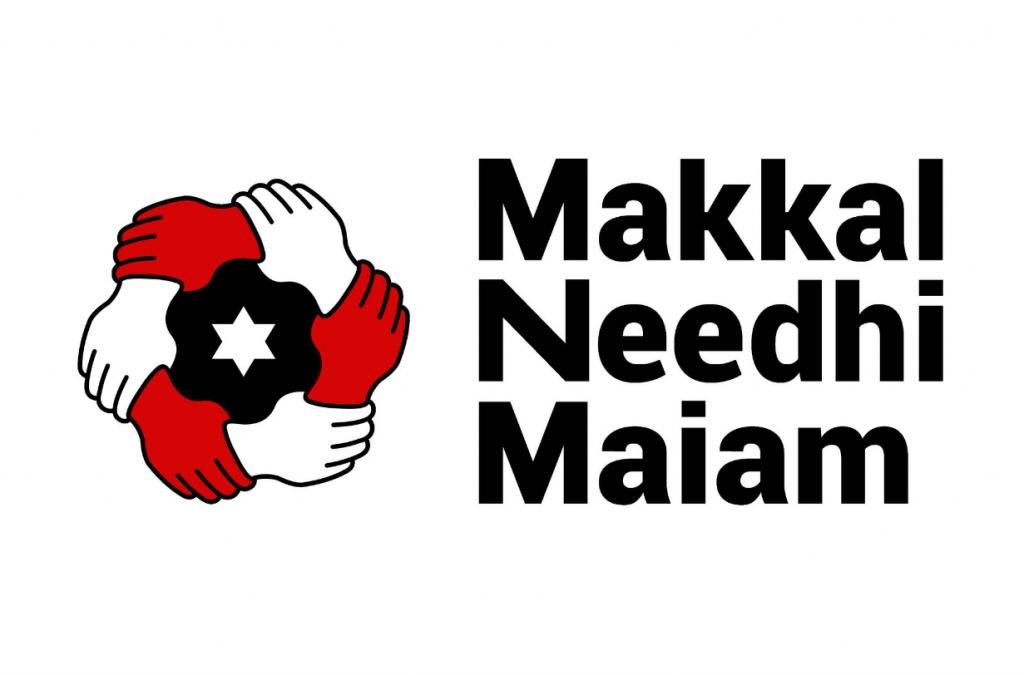 For Hassan, this party is a way of showing his immense gratitude  towards the people of Tamil Nadu. He was quoted saying that his purpose in life is to challenge the status quo. Hassan has no problem saying that it was plaguing the politics of Tamil Nadu for some time now. He termed the launch of the party as the first step towards ‘makkal atchi’ that is people’s rule. He also made it clear that he intends to work to ‘set right the wrongs of corruption and communalism’.

The inspiration behind the formation of the party

Hassan was earlier quoted as christening this journey as ‘Naalai Namathe’ (Tomorrow Is Ours), naming it so after a film of the same name of the late actor and Chief Minister M G Ramachandran (MGR). His dream, he said, was to reclaim the lands for the Tamils and that it was being ruled by proxy as of now.

In furtherance of this sentiment, he also appealed to the crowd to defeat both the ruling Dravidian parties. He says:

“Like the people in Delhi defeated both Congress and the BJP to elect AAP”.

He praised Delhi’s transformation in the areas of education, health, power, and many such essential sectors. The rally was also attended by the Chief Minister of Delhi, Arvind Kejriwal, and senior Aam Aadmi Party leader Somnath Bharti. 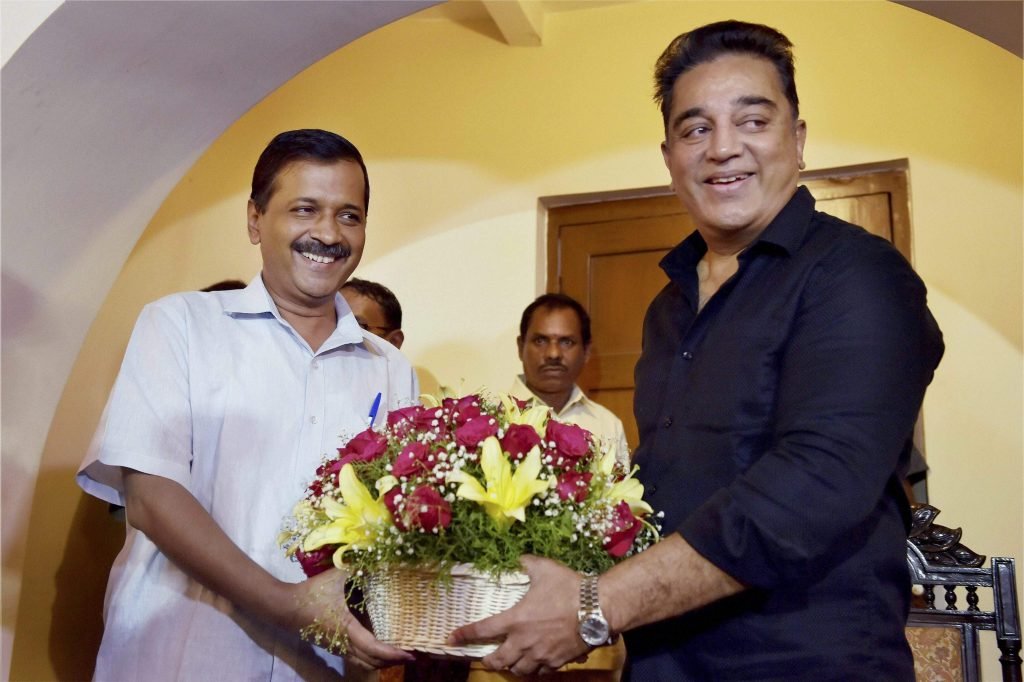 Plans for near future

Among other objectives that he chalked out for the party was the adoption of villages in the state to turn them into self-sufficient ‘model’ villages. Mainly, to address the problems and requirements of the people. Other objectives included bringing education, better sanitation, clean drinking water, and accessible transport facilities to villages.

He also emphasized on the need for good and equal education. And called for a stop on politics in the name of caste and religion. To quote him:

“We will become the model, leading the way”

Leaning only towards the center

Earlier there was an inkling that his political ideologies were left-leaning. He took many by surprise by claiming that the party’s orientation will not be leaning towards either side of the spectrum. He calls himself the ‘centre’ and emphasizes on how the same reflects in the name of his party.

While addressing a gathering of over 15,000 people, he said he had no ‘isms’ in mind with regards to his party, but only had the welfare of people at heart. 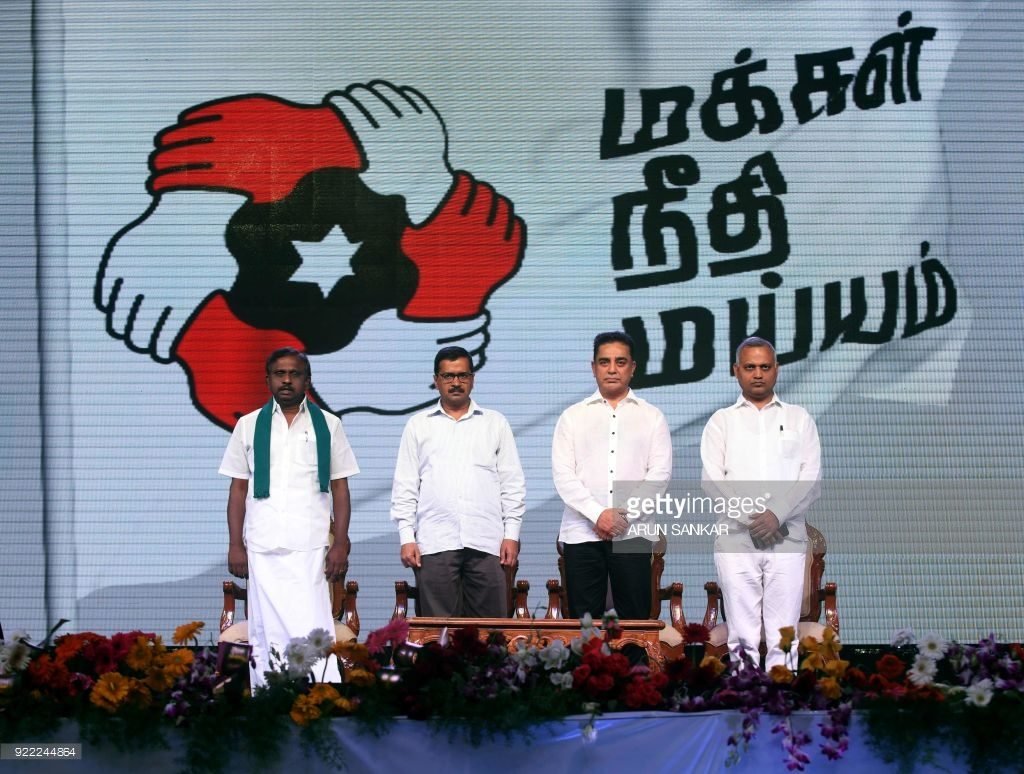 The pillars of the party

Shortly after the launch of the party, a first set of ‘key party members’ was published with the names of fifteen members from various fields and professions.

The key members of the party are a fine balance of people from the fields of policy, academia, art, and entrepreneurship.

The list includes a number of people from the creative and film-making world. Actor Sripriya Rajkumar, film producer Kameela Nasser, writer-director Bharathi Krishnakumar, writer and journalist Raja Narayanan, and writer Suka will all be a part of it.

Retired IPS AG Maurya and former IAS officer Rangarajan will most probably handle the devising of political strategies. Advocate and agriculturist A. Arunachalam and Professor Ku Gnanasambandh are also in the feature.

There is also a healthy representation of known faces from the field of entrepreneurship and industries. Such as industrialist CK Kumaravel, RR Sivaraman, S Sowrirajan, and the senior executive of Kamal Haasan’s Raj Kamal Films International, S Moorthy.

While the definite strategy and targeted vote-bank of the party remain unclear, the launch may nevertheless be viewed as the ushering in of a new era of politics in the state of Tamil Nadu.