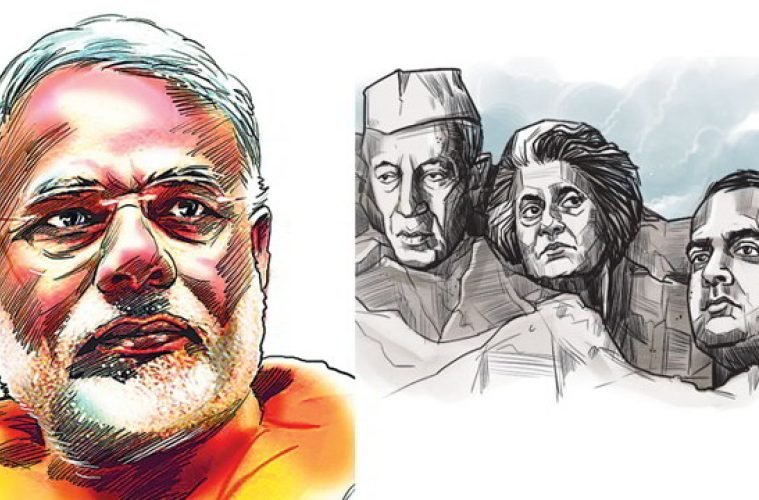 I beat you at the game you taught me.

Since the day Karnataka election results were declared, parties have been trying to prove this to each other with every opportunity they got. Right from trying to form the Government to going to the court at midnight – this election has been a roller-coaster of drama. If you wish to know which side is right, well, you can’t. Everyone is siding with the party they support. Everyone is biased. There is not a single neutral voice out there. Thus let’s not get into who is right. However, we can always find out the truth behind this drama.

So, what’s the truth? Let’s start by addressing each issue separately. The first one that miffed everyone is:

Governor’s decision to invite BJP to form the Government:

Since the time the counting of votes started, BJP was leading. For a few hours, people believed that they will get a majority solely and will form the Government. But soon the tables turned. The total number of seats led by BJP started decreasing.

As soon as the final result was out, parties started forming alliances to rule the State. Independent MLAs decided to side with Congress. JD(S) too sided with the Congress and along with the alliances, Indian National Congress claimed that they had maximum number of seats to prove the majority and thus form the Government in Karnataka.

However, the drama was far from over. After becoming the Single largest party to win in the state, BJP declared B. S. Yeddyurappa to be the Karnataka CM. Yeddyurappa, along with the list of his MLAs, was the first one to seek the appointment of the Governor of Karnataka Vajubhai Vala, the ex Minister of Gujarat Assembly cabinet. His request was to let him form the Government in Karnataka by virtue of being the Single largest party in the State. Vala agreed to his request and appointed Yeddyurappa the Karnataka CM. 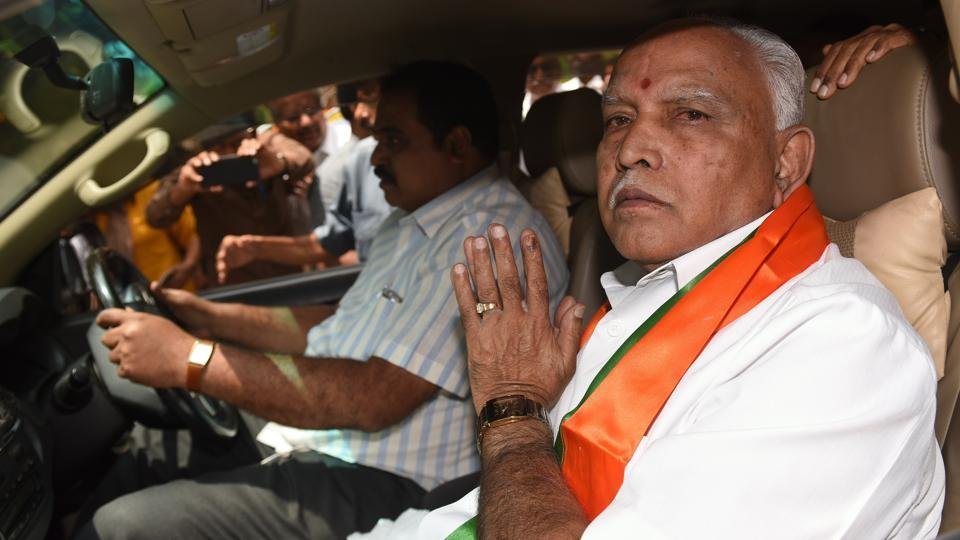 This was not completely an unexpected decision for the Congress. They were in fact prepared with plan B in case of such a scenario. As soon as the announcement was made at around 8 pm for the appointment of CM, Congress started preparing its next move. This was approaching the Supreme Court and challenging the Governor’s decision. Against all odds, in spite of being questioned by the same Congress a month ago for its decision, the CJI agreed to hear the Congress’s matter the same night even though it was not of utmost urgency. This was the second time Hon’ble Supreme Court operated at midnight – the first one was to hear Yakub Memon’s case; who was a well known terrorist accused for 1993 mumbai serial bomb blasts.

Now, as most of us are aware about this. Congress, in the meanwhile was busy protecting its MLAs and allies by locking them up in a resort and then moving them to another city altogether. They even blamed the BJP of horse-trading and killing the democracy; while locking up and not trusting grown up individuals and depriving them of making their own choices.

Coming back to Karnataka Governor’s decision to invite BJP to form the Government in spite of not having majority by its side – was it a right thing to do?

Constitutionally, it very much was.

In case where none of the parties has a clear majority in the assembly, the Governor may exercise his/her personal discretion in the selection and appointment of the Chief Minister of the state. When the Governor exercises his/her discretion, he has the choice to either invite the largest party or coalition in the assembly as the Chief Minister and ask him to seek a vote of confidence in the House within a month.

From the above, it is very much clear that what the Governor did was completely constitutional – appointment of the Chief Minister as well as the floor test period of 15 days. If there was anything wrong, it was the Congress party’s desperation to make the SC hear their plea in haste. They could have waited till the next day, or for the floor test where things would have become clear in any case. But either they were not confident about themselves or they simply wanted to show their power as a party.

First it was about impeachment of the Chief Justice of India for the order he passed and now for the Governor’s decision to invite the single largest party to form the Government – Congress has been challenging the Judiciary in every matter where the decision is against them.

Judiciary is one body that has been independent of politics. But, that is a matter for a different write-up. 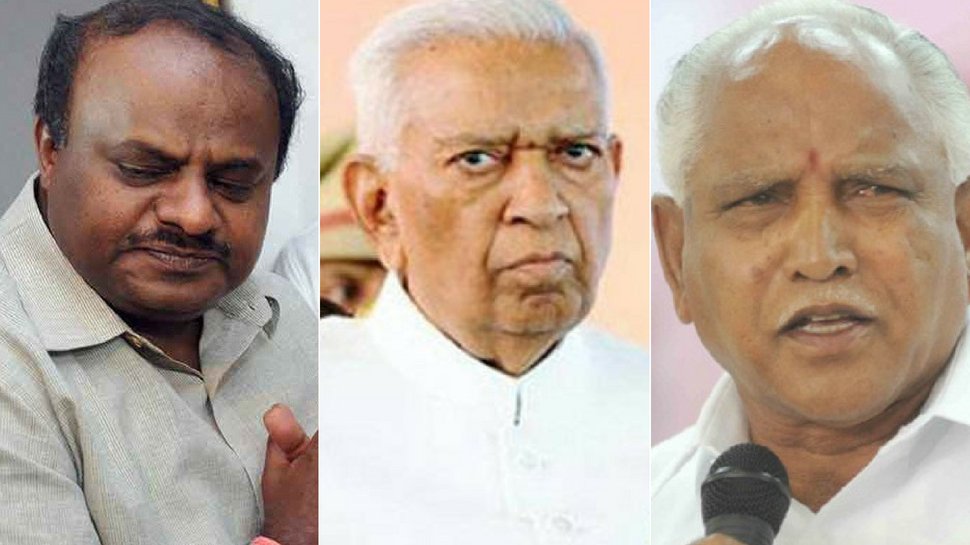 Now, whatever happened on the 18thof May 2018; it will not be remembered as the sole case of Governor’s discretion to appoint the CM from the party he allegedly favours. This has happened not once not twice, but multiple times by the Congress in the past.

My claims are not baseless. Let’s take a look at all the instances where the Congress used the present Governor for its own benefit:

Kerala saw its first communist ministry in the year 1957 after its formation as a separate state on 1stNovember 1956. In the first elections held in the year 1957, the communist party won 60 out of 127 seats and formed the government with the support of 5 independent MLAs. Jawaharlal Nehru was the Prime Minister at that time. He too welcomed the democratic decision of the people of Kerala and accepted E. M. S. Namboodiripad as the new Chief Minister of Kerala.

Soon after being elected as the CM, Namboodiripad started effective legislation on education system, land reforms and labour front. It proposed to get the education system in the hands of the state. It suggested better wages and working conditions for teachers of private institution by passing the education bill. The Catholic Church, at that time, ran many such institutions independently and feared that the state was intruding in its private matters. It also feared losing powers over educational institution. Further, Nair Service Society (NSS) and Indian Union Muslim League (IUML) ran some of the institutions too.

Second suicidal step was to bring in reforms in the Agrarian relations bill whereby the Government proposed to give ownership rights to agricultural labourers who resided on that land, and an equal distribution of land by putting a ceiling on individual land holding. This ensured land to landless individuals who worked endlessly on it.

These two bills viz education and agrarian brought NSS, Catholic Church, INC, IUML and a couple of more institution together to bring down the Communist Government. They utilised this opportunity by starting ‘Liberation Struggle’ movement in the state. This movement was led by a Nair leader Mannath Padmanabha Pillai who was known for his honesty that was often compared with that of Mahatma Gandhi.

Since a saint was now leading this movement, it soon gathered support from all the corners of the state. There were agitations, strikes and protests in every corner of Kerala.

Nehru, in the meanwhile remained neutral in public, but started planning the downfall of the communist party in private. Earlier, he was a supporter, but now his opinion was changing rapidly. The communist party too smelled the rat and started drawing the support of people by sympathy for them. Amidst this divided atmosphere, the police mistakenly killed a pregnant fisherwoman. This was the reason and opportunity Nehru was looking for. He asked the Governor to dismiss the Namboodiripad Government and impose President rule under article 356 in Kerala. This was probably the first time that the Government was dismissed under Article 356, which the Central Government misused. It was misused many times later to dismiss the Governments the Central Government did not like.

The other instances include:

This was a dark period for Congress at the centre. Initially, the Government was quite weak at the centre. It failed to get a majority in the state during that time. From 1967 to 1972, there were 4 Chief Ministers appointed. There was no stable Government since no party had a majority. The Congress imposed President Rule twice in that tenure.

Indira Gandhi’s dislike for N. T. Ramarao was not unknown to anyone. In spite of having a majority, Indira Gandhi played dirty to dismiss NTR from his Chief Ministerial post. For that she needed a Governor who played a puppet on her order. And Thakur Ramlal was the perfect candidate for the same. He resigned from his post of the chief minister of Himachal Pradesh and was moved by Indira Gandhi to Andhra Pradesh as the Governor to get him to recommend the dismissal of N.T. Rama Rao, the Chief Minister of Andhra Pradesh. He duly complied and recommended the dismissal of N. T. Rama Rao.

This was yet another instance where Congress toppled a party in majority for its personal gains. And this was the time when the names that are extremely important today had little power to hold the fort. HD Deve Gowda was the Prime Minister of India during this time; while Vajubhai Vala was a minister in Gujarat Government. Suresh Mehta was Gujarat’s Chief Minister. The Bhartiya Janta Party had a stable Government in the state when Congress decided to play dirty. Congress manipulated a senior BJP leader Shankarsingh Vaghela’s ambition. Vaghela decided to rebel against the Government. He claimed to have a support of 40 other MLAs with him. As on that day, BJP had 121 MLAs out of 182 in Gujarat Assembly.

Gujarat Governor, upon Congress’s instructions, asked Suresh Mehta to prove majority on the floor. Before the voting began, there was an internal fight among legislators. This was the opportunity the Deve Gowda Government looking for. He immediately ordered the dismissal of Mehta Government. Then President Shankar Dayal Sharma signed the order and Gujarat was placed under President’s rule despite of having a clear majority. During this time, Vajubhai Vala lost his ministry too. 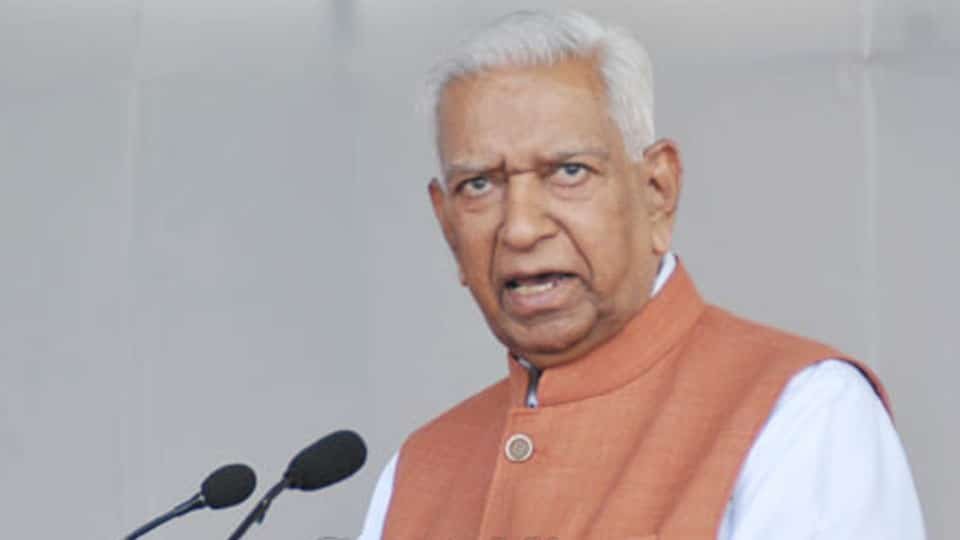 During all these periods, democracy was chilling in Congress Party’s office. That time the citizen mandate was not even of priority. The Constitution of India allowed horse-trading and making and breaking the Government was a pastime for Congress Party ministers.

Earlier Congress took undue advantage of its power, misused laws and manipulated people. Now it is using judiciary for every small thing, every single defeat that it’s facing. Making the Supreme Court hear your plea that’s not even urgent in nature, filing impeachment petition because the order is not in your favour, filing petition to postpone Babri Masjid case to 2019 after assembly elections are but a few examples of the kind of games they have started playing to gain back the power. If nothing else works, democracy suddenly goes on ventilator or tries to commit suicide.

Whether or not the Karnataka decision by the Governor Vala was morally right, it surely is not unconstitutional. He did not topple a Government to appoint a new one as per his like. He simply chose the one he felt was more stable. Floor test will make things clear further. But, this obvious test was anyway to take place within its set limits. Then wasting the time of Judiciary for the same was uncalled for.

When you invent a game, it’s not necessary that you will always win in it. Tables do turn. And Congress is getting the taste of its own medicine this time. What will happen in Karnataka is a matter of time and we will find out soon. But for now, the more Congress cries foul, the more they get exposed in the dirty game they themselves invented. 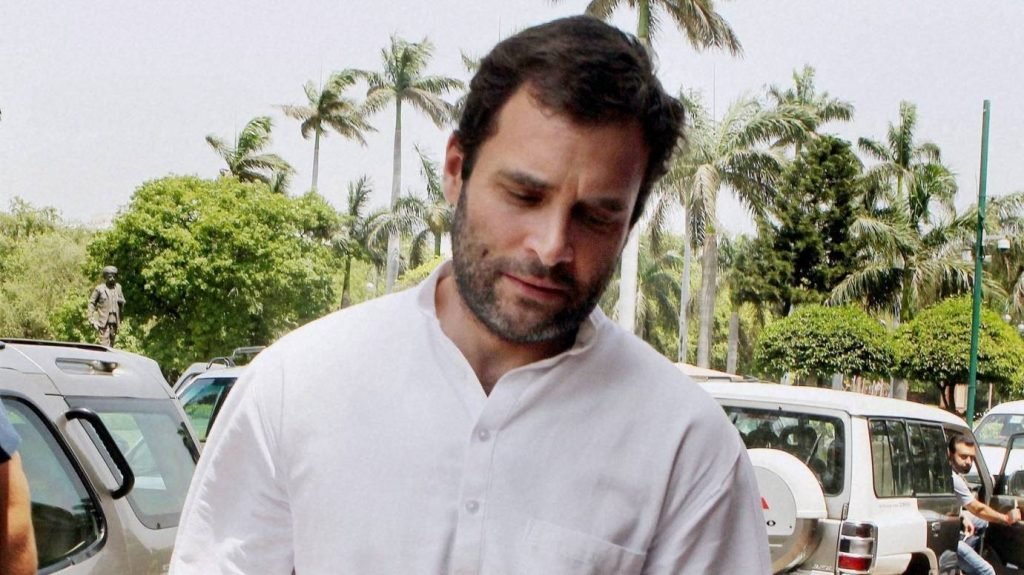 No matter which party forms the Government this evening, Karnataka Elections has surely become a precedent for Indian politics.