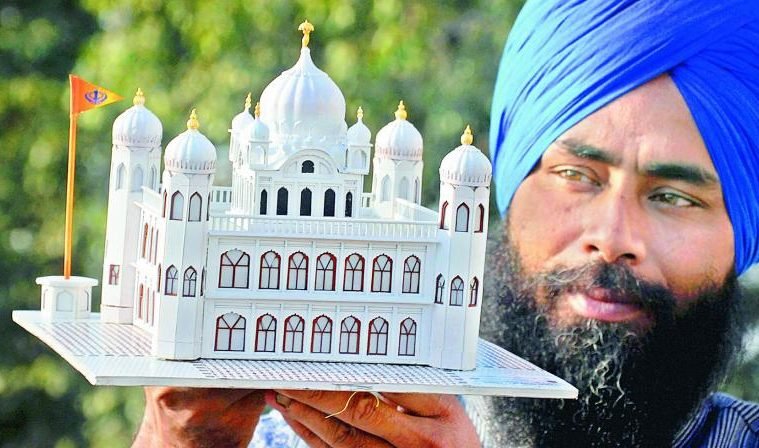 India and its geographically close, but emotionally and politically distant neighbour – Pakistan have experienced several highs and lows in their relationship. There was no formal conversation between the two countries ever since the Pathankot attack in 2016. Hence the Kartarpur corridor has not only become a corridor of dialogue, but also a pinprick to enhance politicisation of the matter.

Our ruling government at the centre has recently laid the foundation stone for a corridor. This will connect India’s Gurdwara Dera Baba Nanak to Pakistan’s Gurdwara Darbar Sahib Kartarpur. The Sikh community has lauded this move since it has been a 73 years old wish that has now materialised. The corridor is due for completion within 6 months from now. Further, it will begin serving its purpose on the occasion of Guru Nanak Dev’s 550th birth anniversary which falls next year. Every year, an immense number of Sikhs visit the Gurdwara in Pakistan on the occasion of Guru Nanak Gurpurab – the birthday of the community’s founder. While this honours people’s religious sentiments, the event has attracted many a political debate.

The issue that is of prime focus in the episode is Punjab’s Congress ministers’ variety in opinion. Everyone has witnessed the state’s cabinet minister Navjot Singh Sidhu’s Pakistan visit during Imran Khan’s oath taking ceremony in August. And now again, Sidhu has touched down in Pakistan for the corridor’s ground breaking ceremony. Both these visits, he says are in personal capacity and not as a representative of the government.

On the other hand his party colleague and Punjab’s CM Amarinder Singh has taken a very different stance. He does not believe that this agreement between India and Pakistan will fix any cracks because the latter has always resorted to terrorism and hunted down innocent lives. As a warning, he has announced to Pakistan that India will come back with a befitting reply if there is any mischief on its part.

This divide within the Congress has in some way or the other benefited the party’s political enemies who did not let go of an opportunity to condemn it. They allege that the party is confused. But who is not confused? We all are. And this uncertainty cannot be attributed to just the Congress or the BJP.

Had the two countries shared a positive bond, the question of being unsure would not arise at all. It will be wrong to say that this relationship soured during the 1980s. India and Pakistan have always been two disagreeing entities since India’s separation in 1947. Politics and emotions have made sure to maintain this conflict and constantly disrupt attempts to promote peace.

The corridor aims to connect the two Gurdwaras on either side. And the approval to open this corridor has come 19 years after Prime Minister Atal Bihari Vajpayee first proposed it in 1999. At present, an Indian pilgrim can visit Pakistan on a normal visa. But after this project, pilgrims can visit the Gurdwara visa free and return within a day.

The 2001 Indian Parliament attack, 2008 Mumbai attacks and 2016’s Pathankot attack amongst others were all linked to Pakistan. So, offering a hand of friendship now, cannot rule out the likelihood of similar blitzes in the future.

Politicians have thrived on people’s sentiments since times unknown. Where there is a sensitive spot, there is a political benefit. India is currently in the semi finals of its 2019 polls. The BJP is trying its best to maintain its hold on the centre-seat, so is the Congress trying to regain its lost glory. Other parties that have not had much of a chance at the centre are also looking for chipped corners that the BJP and Congress leave.

This approval for an integrated project between India and Pakistan has undoubtedly created a positive impression on the minds of the Sikhs. Since people are less likely to forget the most recent events, I’m sure this act will stay in their minds and earn the BJP a few votes in 2019. On the contrary, Congress’ Navjot Singh Sidhu has also projected himself as one of the reasons why this project became possible. In an attempt to leave good impressions on citizens, the parties are also receiving a lot of criticism for ignoring national safety.

But this is not just about votes. This also involves the sentiments of all those people and their families who have been victims of terrorism, let alone Sikh sentiments. Even 10 years after the Mumbai terror attacks, India has not forgotten the damage it did. People’s fear due to such emotional aggression cannot be sidelined.

Of course Pakistan’s people or the country as a whole can’t be blamed for what both countries have gone through over the years. But the Pakistan government’s behaviour that trivialises terrorism and fails to counter it with the required levels of seriousness has always kept it in bad light.

Both countries will see the possibilities that this corridor may unfold, only in the near future. Political blame games though, will continue. As for the skepticism and confusion, these clouds might never clear.