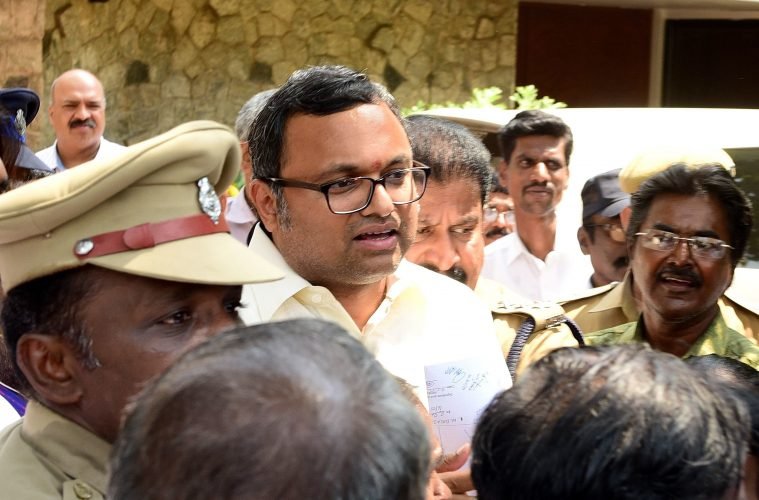 Karti Chidambaram Arrest Is But A Small Victory

It seems so that financial scams and the Indian National Congress party work like hands and gloves. It is hard not to connect these two phrases in India, as the infallible trail of scams is what the Congress has synonymy to. Now yes, this might sound like an exaggerated statement; but this reality is in all entirety stranger than fiction. And thus the statement might sound exaggerated. It has been 4 years since the Congress is not in the Center and it is almost near to become extinct in the States’ legislature as well. And yet, we have likes of Karti Chidambaram twisting their ways out!

A brief introduction to the 46 year old Karti Chidambaram necessarily includes that his father P. Chidambaram is a lawyer, financial advisor, hitherto Finance Minister and an incumbent Member of Parliament, Rajya Sabha. Karti studied business management and law both from foreign universities. Working in business, Karti indirectly owns and runs companies abroad. Also, he is a member of the Indian National Congress Party and the Tamil Nadu Congress Committee. Thus, he also has a political career not very vibrant but still existing.

Now why are you reading about Karti Chidambaram is because he was arrested earlier today by the CBI in connection with its probe in the INX media – FIPB (Foreign Investment Promotion Board) foreign investment irregularities.

The gist of the case as put up in the CBI FIR is that INX Media Pvt. Ltd. which was founded by the infamous Ms. Indrani Mukherjee in the year 2007 along with INX News Pvt. Ltd. The chairman and chief strategist of this company was Mr. Pritam alias Peter Mukherjee. (Both in jail as on today on charges of murdering Ms. Sheena Bora.) 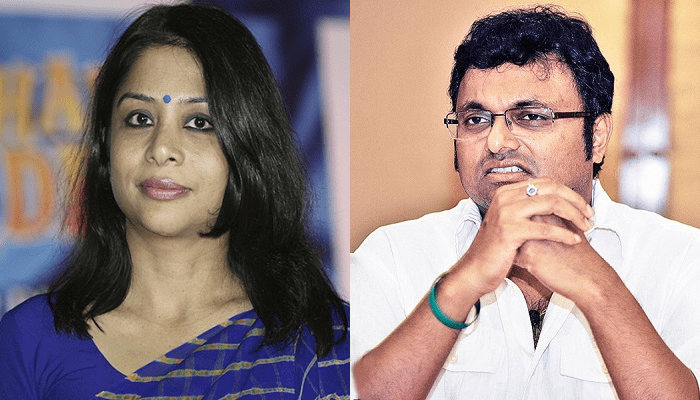 Initially, INX Media received approval from the FIPB for Rs. 4.62 crore investment from the foreign investors. But they raised a hefty sum of Rs. 305 crore. This was way higher than the approved limit.

That’s when Karti Chidambaram used his connection in the finance ministry.  His father P. Chidambaram was the finance minister then. He approached him on behalf of INX Media to get approval for foreign investments from three Mauritius-based investors. Karti undertook the entire transaction in the name of consultancy and charged a fee for the same.

Karti Chidambaram’s role in this whole transaction is small but catalytic. It was found during probe that Karti Chidambaram had received INR 10 lakhs from INX Media. They showed a transaction of Rs 10 lakh named against Advantage Strategic Consulting Pvt. Ltd., a firm which is indirectly owned by Karti Chidambaram, as management consultancy charges towards a Foreign Investment Promotion Board (FIPB) notification and clarification. The “consultancy” which was provided by Karti, as alleged by the CBI was that he facilitated and managed to get the FIPB clearance from the ministry of finance which was then under his father Mr. P. Chidambaram, Minister of Finance (2004-08), Government of India.

Such allegation appears to hold water prima facie given that the Enforcement Directorate has also registered a ECIR (Enforcement Case Information Report) which is equivalent to an FIR againt Karti Chidambaram under the Prevention of Money Laundering Act (PMLA) 2002. But is the arrest of Karti just a process of law which has been followed as stated by BJP national spokesperson Mr. Sambit Patra?

Ever since Karti has been arrested, the media has been questioning the Congress party and all they have been stating is that the Congress party is been targeted and the BJP is just taking out vendetta against P Chidambaram and his family. One cannot help but turn to the Nirav Modi, Mehul Choksi, Dwarkadas Jewelers scams which are a threat to the ruling party’s next session in the Parliament. Congress leaders have been saying so, that in order to have something against the Opposition the ruling party is indulging in such arrests and unearthing scams from the Congress era. 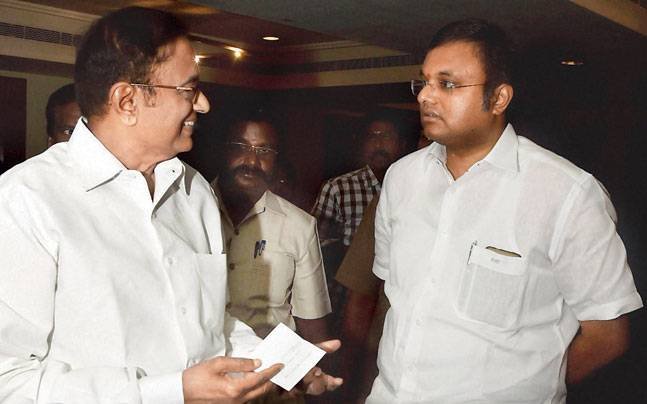 If one thinks about it in the light of the arrest of Lalu Yadav in the fodder scam which was exposed in the year 1985; and some 45 plus trials and 32 years later in 2017 the then Chief Minister Lalu Yadav was finally behind the bars. Before going to jail, the opposition parties in India were planning to come together and put up a third front from the upcoming elections in Lok Sabha. At that time, Lalu Yadav would have been a very strong political figure to lead the third front. But as on today, he is leading a trial at a Sessions Court in Bihar.

Therefore, if not a counterblast or “vendetta” per se, this recent development of arresting Karti Chidambaram on a charge of having “proceeds of crime” amounting to about INR 10 lakhs comes to be seen as a very tested and tried political attempt to have a counter argument in the Parliament. All said and done, a scam is a scam. Be it of INR 10 lakhs or 11,400 crore; it is imperative that everyone should be accountable and for that. And no one should escape the eyes of law. Rather, such cases should set a precedent about fighting the corruption irrespective of the amount it involves. They should not merely remain political weapons.

After Karti Chidambaram’s arrest, Will Mr. P Chidambaram too face the charges? Only time will tell.