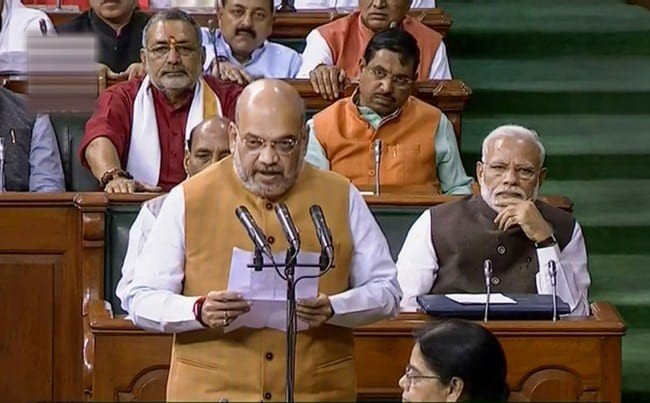 The situation in the state of Jammu and Kashmir has been deteriorating, especially over the past week. Rumours are aground that the central government could remove Article 35 (A) and Article 370 from the constitution. To understand what is happening in the state, one has to visit the history of the state and its accession to India.

In 1947, when the country gained Independence, most royalties of that time signed up their accession to either Indian or Pakistan. In the case of Jammu and Kashmir, the then ruler of the state, Raja Hari Singh decided to join hands with India and thus declare that the state would be a part of the country. During the signing of the instrument of accession, however, the King decided to introduce some clauses. These were to help retain the special status of the state with the country. The instrument of accession then also mentioned that these clauses could not be changed without express approval from the state constituent assembly.

One such provision was the Article 370. The provision of the constitution confers special status to the state of Jammu and Kashmir. Apart from that, it also allows the state to make its own constitution. Also, there is a need for approval from the state legislature if the Central government intends to make any changes to its law.

Under provisions of this Article, one of the biggest bone of contention is the Article 35 (A). This provision was introduced by a special Presidential order. It allowed the state legislative assembly to define as to who is and is not a permanent resident of the state of Jammu and Kashmir. The provision also provides state legislators the powers to determine the recipients of state grants. It also talks of the right to purchase land and property in the state. Along with this, it speaks of rights of settling permanently in the region.

The instrument of accession signed by Raja Hari Singh has been controversial from the very start. However, Pakistan has repeatedly challenged it in the United Nations and called it a coerced agreement. Meanwhile, India has maintained that Jammu and Kashmir will remain an integral part of India.

Having failed at the UN, Pakistan tried several ways, including encouraging militancy, to “solve” the Kashmir problem. The exodus of Kashmiri Pandit from the state due to militancy threats have further aggravated the problem.

Politicians from the state have maintained that Kashmir needs to be the special state that it is. While others from outside have called for “complete integration” of the region into India.

Experts also say that to begin with, there is a need to understand both these provisions of the constitution. The context of the signing of the instrument of accession, plays an important role in the discussion. Also, that it was important for the central government then to accept those terms. Other people however, say that since that purpose now has been effectively fulfilled, these articles should be done away with. This is necessary for complete integration of the state into the country.

Status As of Now

Check-out our earlier articles on the state of affairs in Kashmir, here.