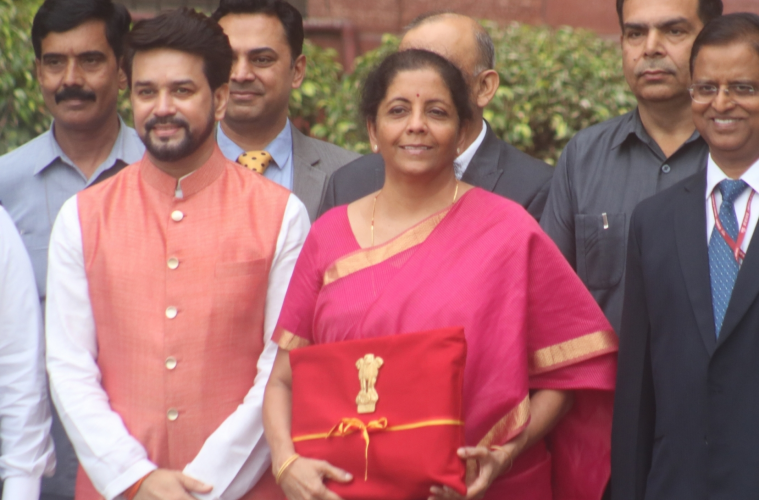 Key Takeaways From The First Union Budget Of Modi Government 2.0

After getting a massive mandate by the people of India, the Modi-led  government introduced the Union Budget for the Financial Year 2019-20. As opposed to the vote-on-account or the interim budget; which was presented by Piyush Goyal in February earlier this year; this was a thorough financial statement. This enabled the government to tweak tax rates and formulate new economic policies.

It started with a departure from the tradition of carrying budget documents in a briefcase. Finance Minister Nirmala Sitharaman walked in the Parliament with a Bahi-Khata; but wrapped in a red cloth with the national emblem on it. On being asked about the reason behind the move, she said that the briefcase was reminiscent of a colonial tradition. She said its high time we move on from the hangover.

Meanwhile, there was a lot of talk surrounding the budget as it was the first one of Modi 2.0. Everyone was looking forward to how the government will set up the vision for the next five years. Job creation is at a four decade-low at 6.1%. Similarly, the growth rate saw a plunge to 5.8% in the last fiscal of FY 2018-19. The onus, thus, was on government to increase investments and generate employment.

Sitharaman started the presentation by listing out the vision for the next decade. This included social infrastructure building, digital India outreach, focus on manufacturing, water management, space programmes and self-sufficiency. Talking about the economy, she informed the house that India will become a $3 trillion economy in the current year itself. She also stressed on the need for structural reforms to get to the 5 trillion mark in the next six years.

Let us now look at the some of the key takeaways from the union budget 2019:

With an aim of increasing the onus of women in social and economic spheres, the minister announced a committee known as “Naari tu Narayani”. Every verified woman SHG (Self Help Group) member having a Jan Dhan Bank Account will be allowed an overdraft of Rs.5,000. Also, one woman in every SHG will also be eligible for a loan of up to Rs. 1 lakh under the MUDRA Scheme.

As part of the bank capitalization programme, the budget proposed to provide a booster shot to Public Sector banks, amounting to Rs 70,000 Crore.

There is an introduction of a new pension scheme called Pradhan Mantri Karam Yogi Man Dhan Scheme. Here the benefit will be passed on to 3 crore retail traders with an annual turnover of less than 1.5 crore.

NBFCs have been having some very tough months since mid last year. Thus, the government has announced some steps for revival of the industry. To enhance liquidity access for the sector, the government will provide a booster here as well. A one-time 6-month partial guarantee of Rs 1 lakh crore to state-run banks. This amount is for purchasing consolidated high-rated pooled assets of financially-sound NBFCs. Finance Minister also proposed permitting investments made by foreign institutional and portfolio investors. This will be in form of debt securities by Infrastructure Debt Fund-NBFC. And can be transferred or sold to any domestic investor within specified lock-in period.

So here is peak into what the government is looking at to achieve in this financial year.

Check out our article on the pre-budget expectations here and compare what areas did the government actually pick up, off them.