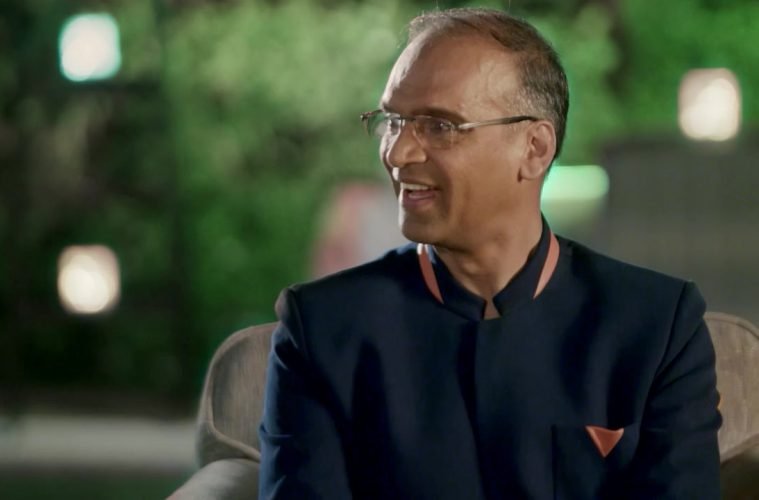 It was the day of the release of the film Tere Mere Sapne produced by ABCL had released, in December 1996. It was definitely not “a dark and stormy night”, but maybe so for Arshad Warsi, Chadrachud Singh and their leading ladies Simran and Priya Gill. And no, this is not a review of that film. But that was definitely a memorable day for me. This tall (shorter than me of course) chap walked in through the terrace door, on the 7th floor of the Holiday Inn, Ahmedabad, where yours truly was the General Manager. But wait, let us get some flashback into play:

This was my first assignment as General Manager in my career and I was assigned the Ahmedabad property. Hotels at this time were not what they are today. There was no concept of online marketing because there was no “online”. So obviously marketing your hotel was your own karma and headache. Karma, because it depended on what you had inherited in terms of hotel and headache, if you had bad karma. Given those circumstances I had to get as creative as I could.

Ahmedabad then and now survived on cinemas and eating out as 2 major sources of entertainment. I was a mad film buff at that time, myself. Cricket was a good inclusion then, but this was the pre IPL days and the only Lalit one knew back then was a hotelier was Suri (God bless his soul). Even to make our hotel as a preferred place I needed to create some action.

Tere Mere Sapne was getting released in December produced by Mr Bachchan’s ABCL, so we thought of hosting a premier for the movie. Once that was decided, we just needed the stars and the producer of the film to make an appearance to get Ahmedabad go mad.

We managed to get like minded brands that were making their presence felt in India onto our plan and then managed to reach out to ABCL. 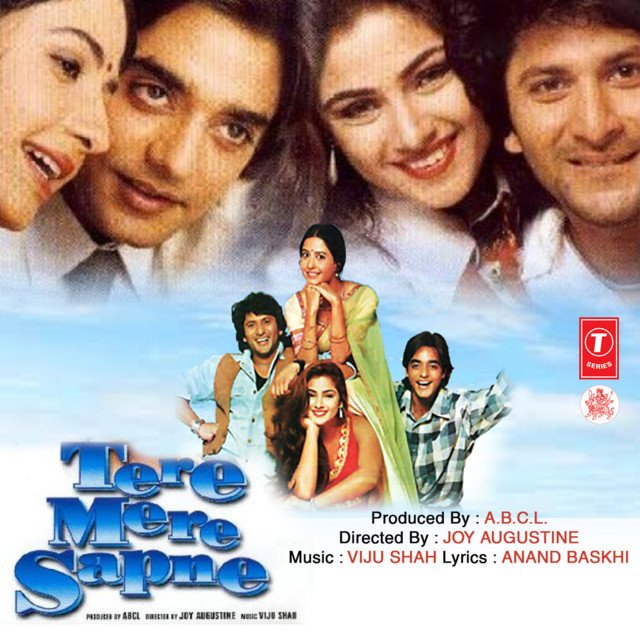 Cut to the line afore used…

This tall (shorter than me of course) chap walked in through the terrace door on the 7th floor of the Holiday Inn Ahmedabad where yours truly was the General Manager. He looked like a deer in front of a car light  (and two decades later of a fabulous relationship with him, I can afford to say so). Being the film buff I was, I knew who he was (I used to get his magazine off the raddiwala when I was in college as the mag FILM INFORMATION was a B2B magazine.

And This is How Our Conversation Went:

“Arre sir”, I said, “Been reading your FILM INFORMATION from my college days”.

That was the start to a wonderful friendship with Komal Nahta and needless to say I spent the rest of the evening getting regaled by the story of the stars. Among the producers Mrs. Bachchan had come but that she was there minus Mr. B was a disappointment, to say the least.

Till today I feel that one of the most interesting parts of my life is knowing Komal Nahta. I moved to Bombay in 2005, but from 1996 to 2005 I did not miss many opportunities to travel here for work because that also meant looking at Komal’s craft up close and personal. This also meant seeing many a preview with him late into the night. Of course, along with that came being privy to many a conversation that he would have with stars, directors, producers etc.

To say he is a critic, is being unfair to his craft. I will not call it a science but I would say it is an art and craft. Perhaps being brought up by his father, Late Shri Ramraj Nahta, who founded FILM INFORMATION made the CA that Komal educated himself in, to being the Analyst that he is today.

So every Friday Komal Nahta goes about telling the world (earlier via print and now the legacy he has created by going digital www.filminformation.com), as to how the Friday release would perform at the box office. He talks about the story and sensibility and all that goes with the making of the film including the craft. But most importantly, he predicts the business that film would do. And this is strictly pertaining to Hindi Cinema.

It does not matter if an actor or a director has just been on his show (ETC Bollywood or Starry Nights on Zee) the day before or that they have back-slapped each other post their shoot. If he “feels” the movie would be a damp squib, he says so. He has always been honest to his profession and brutally honest with his reviews of how the film would fare.

Personally if I recall, Komal Nahta has been wrong perhaps on 2 occasions but I would not talk of that. However it is worth mentioning – Gadar and Lagaan, 2 of the biggest films in Indian Cinema History, released on the same day. When I got that weeks Film Information (by then I was privileged to get the issue to me by Monday (published on Saturday), I noticed Gadar was reviewed first (there was a spin here too-Komal tended to review the more meaty film first) and Lagaan was on the 2nd page. 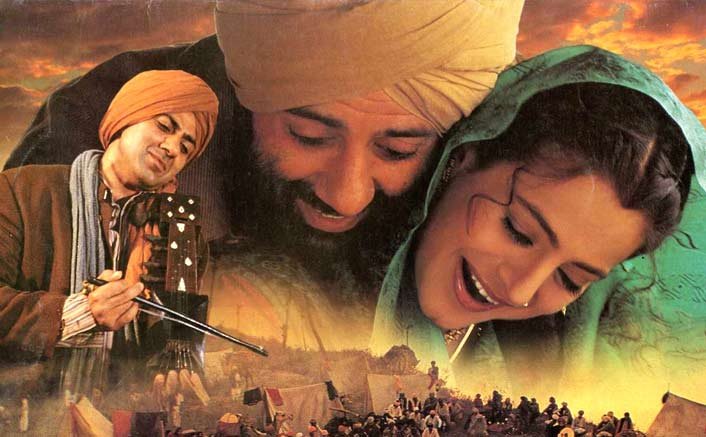 I read the reviews with interest and naturally so. Sunny Deol and Aamir Khan – 2 of the biggest names then going head to head with their films. Komal Nahta had predicted that Gadar would earn more at the turnstiles than Lagaan – God!! That was a blasphemy to many!!

I vividly recall our conversation with him then-I guess most of Komal’s friends now know that you can only hope to talk to him on Monday-and though this held good in the early days, now with his show being telecast every single day every Monday is a Friday for those of us who want to speak with him.

I clearly recall that day when I questioned him on his Gadar vs Lagaan review – and I have to state here that he was euphoric about both the films – he said that though both films were about patriotism and cricket notwithstanding, Gadar had all the ingredients for it to go further than Lagaan. “You wait and see where Gadar ends and where Lagaan goes”, Komal Nahta had said, and the world did see.

Obviously my interest was How does he do it? How are his predictions so accurate?

And soon enough I get the answer-“To me, even now after watching so many films, I am like a child before seeing any film preview, I am excited” he says animatedly. “And I guess if you are so excited a) I watch them with great interest and b) I can never feel like saying Oh No…another film preview…irrespective of who is in the film or whatever”, he continues

There is a management lesson there for all of us in that: treat your job and each day with passion. I tell him this and he laughs.

We also discuss contemporary bombs like Thugs of Hindostan and the “surprise” hit Total Dhamaal. Surprise because the movie was panned on Social Media, there was talk of people walking out of the film long before it ended, asking their money back and so on. But Komal Nahta had predicted that Total Dhamaal would make the producers totally happy and that happened. 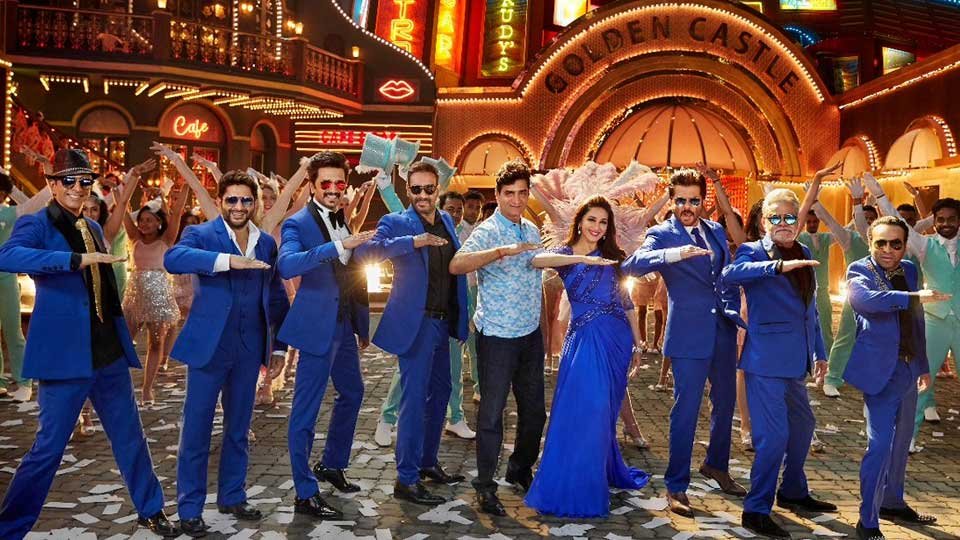 He is clear when he says “I am not a critic”.. and goes on to liken this to my profession saying “You may not like the food of a particular place but if that place is rocking then that means people are liking the food and that is what matters to the restaurateur”. My mind trails off to the food critics …Sigh!

As a young CA, Komal Nahta reviewed films but his was not the final word and that taught him a lot. He learned to observe what his father did and that observation translated into honing his craft.

Despite what is the outcome of the film – hit or flop, Komal Nahta has a lesson to learn from each film. He calls himself a school kid “excited about completing his homework first” saying that he reviews film with that sort of passion. (I thought someone said that homework was boring). “I love my job and the day I finished my CA I told my father I did not want to be a CA”, he stresses emphatically on the word LOVE.

“No wonder then Komal, you have a successful show on TV for the past so many years” I tell him and he laughs almost embarrassed and when I tell him that he says “You should come in this role more often-at least I will get to hear nice things from you”. 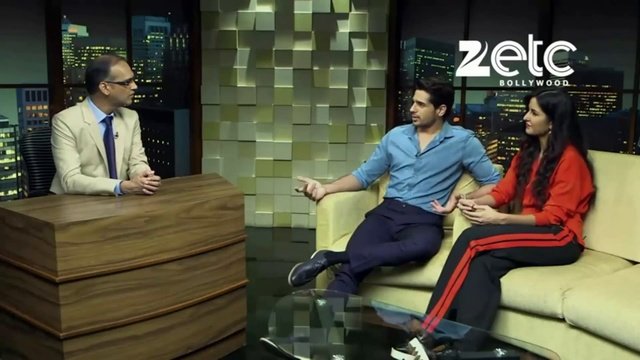 However he credits his CA days which he says gave him that discipline that even today he believes in giving his 100 percent.

“Where in the world can you get a job or business that excites you Friday after Friday?” he asks and the film buff in me agrees.

So what gives him the feeling of a hit to flop, I ask him catching on a word that he has just used-Hunch.

“100% I go on my personal hunches and go to the extent of even writing in my reviews where a particular scene would make viewers laugh or cry or clap or whistle”, he states making a point.

He lets me in to a secret now which I am permitted to write – he saw Dangal 4 months before it was released. And needless to say he had loved it but could not tell anyone or even write about it. Why, I ask… “Because if I had written about Dangal saying I have seen it and then given the fact that I see some films even weeks and days before the release and I do not write about those, then by that very logic, I am ruining that films chances-that Komal did not like it and hence not writing about it”.

No arguments with that line of thinking, I say. And that is why his reviews do not make an appearance on media until the first show is complete.

Of course our talks veer towards what the Khans are doing but I do not think I am allowed to state that. Wink wink !!

Meanwhile Komal is needed for another shot and while he is getting ready for that, my mind veers towards his journey-or rather his journey since I met him first some two and half decades ago, his Naaz Cinema Compound office in Grant Road which I first saw and then his current office in Bandra that tested my reflexes on a rainy day some monsoons ago…to his cold wars with many a producer and actor and director and then to his debut on TV with a business show on a channel known for Bollywood music and then to going International with his “Starry nights” show.

A man for whom his job is almost a hobby besides being a passion…a man for whom being brutally honest comes first when it comes to his craft and a man who fortunately never became a Chartered Accountant or else many of us wouldn’t have known what the Business of Bollywood would be…Amen!

Find some of our movie reviews here.