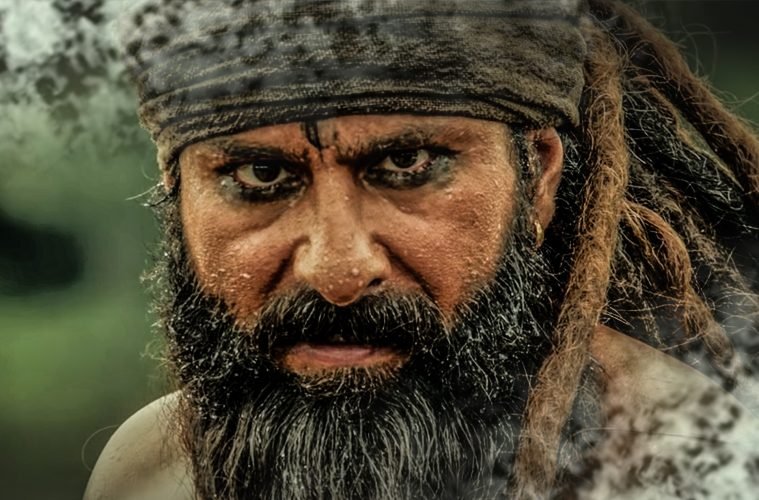 Why am I writing about Laal Kaptaan? Think of a fairy tale. Yes. A fairy tale. Which image comes to your head? I have an issue with the picture forming in your head right now. To be honest, you should too. For years now, we have been subjected to so much of what can be safely termed as western supremacy that we are now conditioned to respond to things in a certain way.

And for the most part, the reason why we are not presented by an Indian example is because there are no good Indian examples to begin with. Rather whatsoever little we have, it is overshadowed by its western counterpart.

However, thankfully, that is not something that stops directors such as Rahi Anil Barve or Navdeep Singh to bring in the change. Surely, we can have better Indian examples. It is not like we do not have stories to tell. Think of all the great stories that our motherland is known for.

Keeping aside the two greatest epics ever written time and again, our country has a lot of stories to tell. From different eras to spanning geographies, we have a variety of treasures and yet the world only feels that our glimpse is in a Slumdog film or the dancing extravagance of a Dharma film. Then one thinks, if this will ever change?

Enter Navdeep Singh. The director who should be making more movies than he is making currently, he directed the Anushka Sharma produced film NH10 and also a noir film called Manorama Six Feet Under (remake of the Roman Polanski film Chinatown). Now if his wikipedia page is to be believed, he has studied film making at Art Centre College of Design Pasadena. He started an animation studio with his friend and has directed countless commercials. Why would you care about that though? Reason being, his work is not reminiscent to anything that Indian cinema has ever seen.

NH10 was a great film that showcased the patriarchy like it was never shown before. We saw the tragic events that the protagonist (a female character, that is a big deal for Indian cinema or cinema in general as we are obsessed with male protagonists) goes through and how prevalent the issue is even today. The most memorable part of that film, which also separates it from other films on the topic is the fact that in the end, when we see that even a female character who is subjected to the same patriarchy can be patriarchal herself. The way the director plays with the idea and engrains it into our minds is a feat to watch.

Which is why the next Indian film I am desperately waiting for is Housefull 4. (Kidding. I will gouge my eye balls before watching it. An advise I took from the people who watched Housefull 3). Laal Kaptaan! Here is the trailer:

The first teaser if you will –

It would not really be right to deconstruct a teaser this small but just look at how it begins! The dialogue about kaal and death in the deep oh so sexy voice of Saif Ali Khan reminds us that Himanshu Sharma is a producer in the film and the gritty movie that this is going to be. Also, the vibhuti on Saif’s face forming the amazing naga look, captures the animation background of the director as well.

Navdeep Singh is a man with an eye for colours and frame and it shows from the very first shot. On top of that, the scintillating music by Samira Koppikar (who previously collaborated with the director for a song in NH10). Although the teaser does not really justify the name for it Chapter 1- The Hunt, it tries to give us an insight as to what does the character of ‘Laal Kaptaan’ is about.

Here is the second teaser –

The second teaser titled The Chase begins with the immaculate Deepak Dobriyal, here in the role of the tracker. We get a glimpse of the other characters played by Sonakshi Sinha and Zoya Hussain.

The third and final teaser called The Revenge –

This is the proper two minute trailer that gives us enough insight for what the movie is about. Although it never really reveals why is the revenge called for in the first place but we do get to know about whom is the revenge being exacted upon by the character of Saif Ali Khan. Might as well name the teaser – “Rehmat Khan” as that is all we keep listening to him wail all through the trailer.

Apart from the fact that it comes from a great director and looks pretty freaking dope, another reason for being excited about the film is Saif Ali Khan! Over the years the only actor who has continuously pushed the envelope is one who is not afraid by trying out things which the bigger stars would look down upon. From Kaalakaandi to Chef, he has never really shied away from roles that would rather be entrusted to the newer bunch of actors to the likes of Ayushman Khurana.

You might say that the look Saif is carrying here reminds you of Jack Sparrow and I would suggest to slap yourself into senses and relook. His look is a great original look. Jack Sparrow never used vibhuti on his face and Rudraksh is something indigenous to our country, so yeah you are wrong.

Making The Stories We Need

We need people like Navdeep Singh and stars like Saif Ali Khan to tell the stories that have never been told. We have no dearth of stories in our country. Be it mythology or urban legend or just pure desi fiction. Only if we have such story tellers, shall we be able to change the notion so that when our kids think of a great adventure drama they do not immediately picture pirates of the Caribbean but Laal Kaptaan. These might not be the stories we deserve but these are the films that we need.