Amidst much uproar and a lot of hue and cry raised in and outside the Parliament – reaching the streets and into household discussions; the Citizenship Amendment Bill (CAB) 2019 has passed the test of both the houses of the Parliament and now only waits for the President’s assent. The CAB is only one signature away from rewriting the fates of thousands of stateless migrants/refugees/asylum-seekers within the territory of India, who have entered into India on or before 31st December, 2014 but the twist which has caused this huge turbulence needs an analysis – looking into the logic, method and reasoning for such qualification. Any legislation in India has to stand the test of the Constitution of India and meet the standards of Rule of Law set therein.

The CAB has gone through the scrutiny of Parliamentarians but has managed to muster up a vote of passage, but will it stand the test of judiciary is another battle altogether.

Opposition in the Parliament has blatantly misled the people of India into doubting that the CAB is against their Fundamental Rights but to put it forth in clear and unequivocal terms, the CAB has no concern with an existing Citizen of India. It does not deal with anyone “who is Indian”, be it the minority or the majority. It is a pro-minority litigation, it is in favour of the minorities of our three neighbouring  Islamic nations which have a State sponsored religion and the resultant religious persecution which is executed on the religious minorities in those States.

Whatever the fate of the CAB maybe in the Supreme Court, a layman must be aware as to what and how much of an effect does CAB make on the secular fabric of our country. Jumping first into the secularity quotient of the CAB becomes necessary because the centre point of all debates against this Bill has only been the argument that the CAB is anti-Muslims and is only introduced to gratify the “Hidden Agenda” of the ruling government.

Members of Parliament in the opposition like Shashi Tharoor(INC), Asauddin Owaisi (AIMIM), Dayanidhi Maran (DMK) have commonly raised the argument that the CAB is against the Article 14, 15 and 21 of the Constitution of India.

Now, to put in the legal framework, Article 15 and 21 is a fundamental guarantee to only Indian citizens. Article 15 and 21 is not a guarantee for a person who is trying to get Indian citizenship. Thus, this argument holds no salt. Reverting to Article 14 and the guarantee therein which reads as “The State shall not deny to any person equality before the law or the equal protection of the laws within the territory of India”

But this Article which seems to put a pretty simple right of equality actually entails a lot more than what meets the eye. Right to Equality as enshrined in Article 14 prescribes a right of equality amongst equals or to say equality amongst equally situated persons. The law school example of this right is that if in a race a person who is handicap because of limbs is pitted against a person with perfectly healthy limbs, then this is not equality. 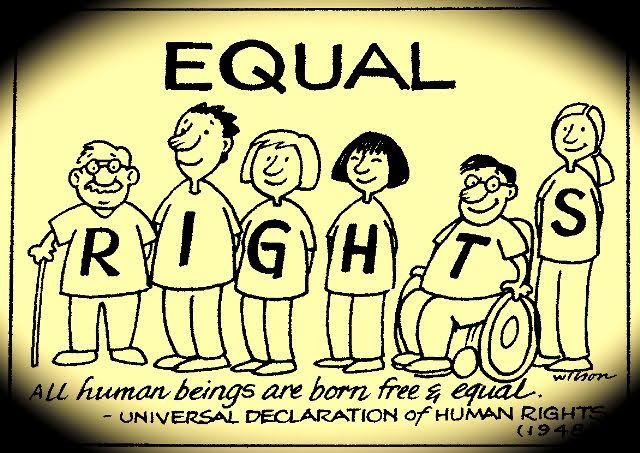 Equality would be to either have separate races for these two categories of persons or to give some physical/timing/distance leverage to the person with the handicap. Through this ideal, stems the concept of “reasonable classification” and “intelligible differentia” which in turn leads to the caste/religion/sex/place of birth/economic conditions related reservations in India. Meaning thereby there can be and there has to be different laws for the lion and the lamb.

If we apply the rule of equality amongst equals to the CAB, then it perfectly resonates the reasoning of intelligible classification/differentia. The CAB puts forth in effect that the illegal migrants who fulfil four conditions will not be treated as illegal migrants under the Act. The conditions are: (a) they are Hindus, Sikhs, Buddhists, Jains, Parsis or Christians; (b) they are from Afghanistan, Bangladesh or Pakistan; (c) they entered India on or before December 31, 2014; (d) they are not in certain tribal areas of Assam, Meghalaya, Mizoram, or Tripura included in the Sixth Schedule to the Constitution, or areas under the “Inner Line” permit, i.e., Arunachal Pradesh, Mizoram, and Nagaland.

Article 14 guarantees equality to all persons, including citizens and foreigners. It only permits laws to differentiate between groups of people if the rationale for doing so serves a reasonable purpose. The question is whether this provision violates the right to equality under Article 14 of the Constitution as it provides differential treatment to illegal migrants on the basis of (a) their country of origin, (b) religion, (c) date of entry into India, and (d) place of residence in India.

The journey from being an illegal migrant to a legal migrant to finally a citizen of India for the persons belonging to above mentioned 6 six from the above mentioned 3 countries will be made quite easier with the CAB. First is the country of origin which is the basis of classification because all the 3 countries are Islamic States i.e., their national religion is Islam. The persons of these 6 religions are proved minorities in these countries and have to face religious persecution because of them belonging to a State having a State religion.

The Statement of Purpose of the CAB also refers to the fact that millions of citizens of undivided India belonging to various faiths were staying in the said areas of Pakistan and Bangladesh when India was partitioned in 1947. The constitutions of Pakistan, Afghanistan and Bangladesh provide for a specific state religion. As a result, many persons belonging to Hindu, Sikh, Buddhist, Jain, Parsi and Christian communities have faced persecution on grounds of religion in those countries. 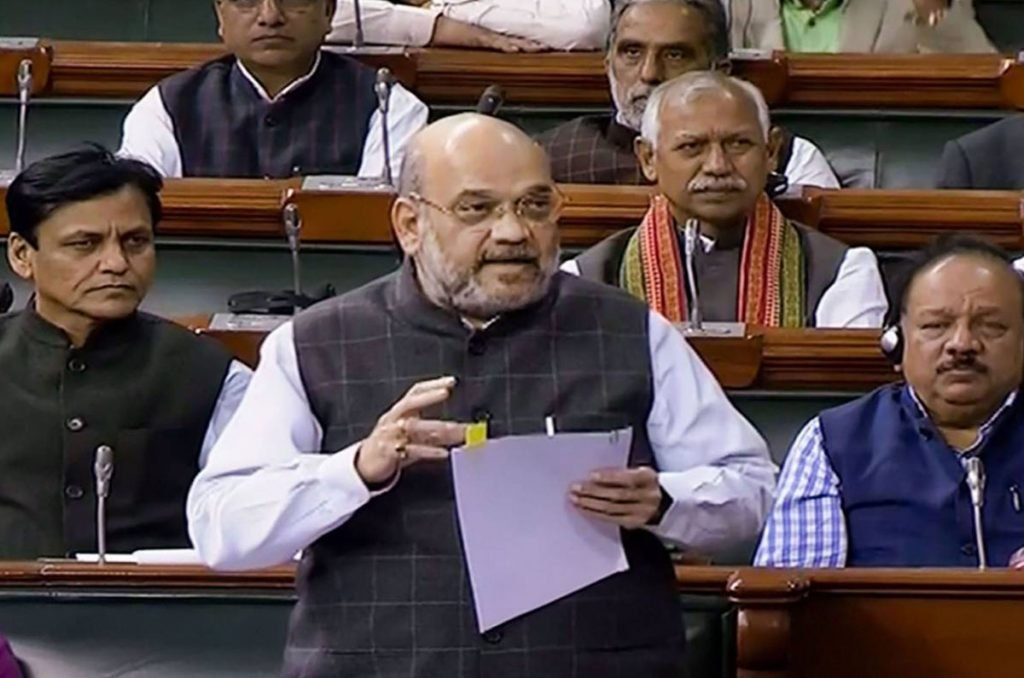 Some of them also have fears about such persecution in their day-to-day life where right to practice, profess and propagate their religion ( Which is a Fundamental Right of Indian citizens under Article 24 of the Constitution of India) has been obstructed and restricted. Many such persons have fled to India to seek shelter and continued to stay in India even if their travel documents have expired or they have incomplete or no documents.

Under the existing provisions of the Act, migrants from Hindu, Sikh, Buddhist, Jain, Parsi or Christian communities from Afghanistan, Pakistan or Bangladesh who entered into India without valid travel documents or if the validity of their documents has expired are regarded as illegal migrants and ineligible to apply for Indian citizenship under section 5 or section 6 of the Act.

The Central Government has already exempted the said migrants from the adverse penal consequences of the Passport (Entry into India) Act, 1920 and the Foreigners Act, 1946 and rules or orders made there under vide notifications, dated 07.09.2015 and dated 18.07.2016. Subsequently, the Central Government also made them eligible for long term visa to stay in India, vide, orders dated 08.01.2016 and 14.09.2016. Now, it is proposed to make the said migrants eligible for Indian Citizenship.

The CAB also does not exclude the Muslims, Atheists or people of any other belief or religion than the above mentioned 6 religions from becoming citizens via the medium of naturalization. It is only that this Bill is a tailor-made arrangement for the identified minorities because even if India is not a signatory to the Refugee Convention of the UNHCR (United Nations High Commission for Refugees) still India has been following the customary International law and the principle of non-refoulement which is the practice of not forcing refugees or asylum seekers to return to a country in which they are liable to be subjected to persecution and have fled from such country because of the said persecution. 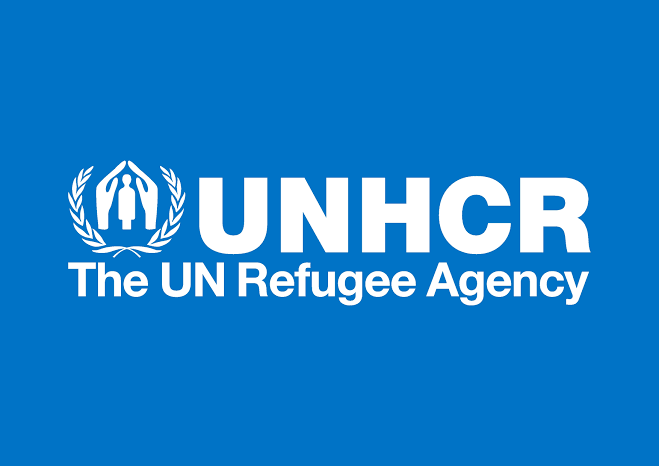 Arguments have been advanced as to why Tamil Eelams of Sri Lanka, Rohingyas of Myanmar, Ahmaddiyas of Pakistan and Hazaras of Afghanistan have not been included in the CAB. The straight and simple answer to that is first, these communities are not been persecuted because of their religious beliefs; secondly, if someone wants political asylum because he is been politically persecuted in his State then he will come in the general rules of asylum grant; thirdly, the intra religion tussle in our neighbouring countries cannot be treated by the Indian government – the purpose of this Bill is to provide a facility of relocation of those who do not subscribe to the Islamic faith. Finally, it is well established that a law which deals with one evil should not necessarily deal with all evil or all similar and possible evils.

The Test Of Secularism:

MP Mr. Dayanidhi Maran of DMK has to pick up the Constitution of India and recite the Preamble whilst opposing the CAB in Lok Sabha. An MP who has taken oath of the Constitution of India needs to refer a the text to quote from the Preamble seems to be in itself somewhat of a mockery. But to test the moral argument of secularity of the Constitution and of India on the CAB, one must think of this piece of legislation as pro-minority because it is helping those who do not wish to subscribe to a State sponsored religion and are being whacked because of the same.

Whereas in India, all the citizens have a right to freely practice, profess and propagate any religion of their choice without any inhibitions and as a matter if right. So, in essence the CAB aims to protect the very idea of secularism not just in India but also for those who are in need of a secular State. 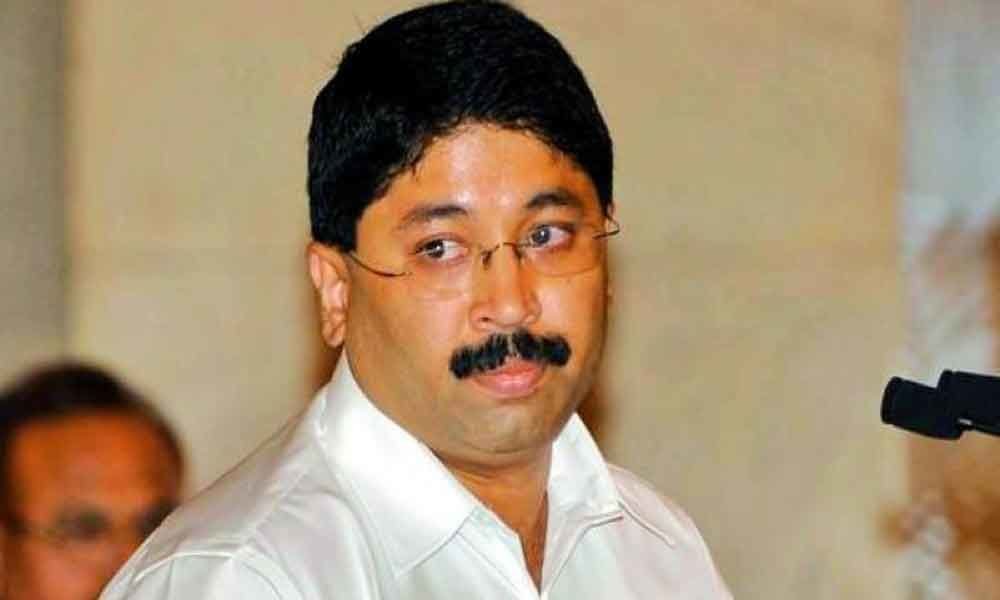 As an emerging power of south Asia, what India needs is way bigger than just the CAB. India needs to put down a solid refugee/asylum-seeker/migrant law in place which prescribes a definite system of grant of the varied status of shelter and then to assimilate the newly incorporated the citizens into the fabric of our country.

Yes, this will be an added load on our already saddled economy and the population explosion but being a country of choice for refugees/asylum-seekers/migrants, a law has to be put in place in order for smoother functioning of asylum affairs and also because we want avoid a situation which has come up in Assam which is almost lone burdened with the refugee population of Bangladesh and now needs to relieve itself from the same.