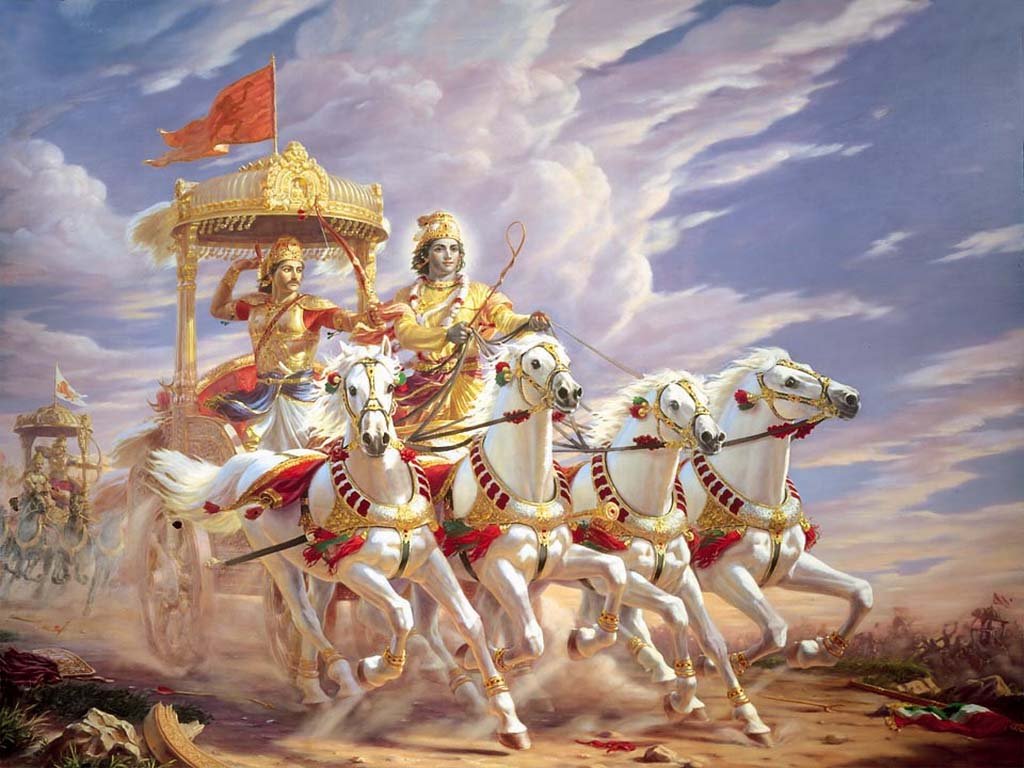 4 Lesser Known Anecdotes From The Mahabharata

We have all heard the famous stories of Mahabharata. Of how Draupadi became the wife of all five Pandavas, or how Queen Gandhari blindfolded herself after learning that her husband was blind. In this article, we discuss some of the lesser known anecdotes from the epic that are promised to leave you spellbound.

1) Why did the Pandavas go to hell?

The Mahabharata, the biggest war in the history of mankind, was finally over. Countless men had perished on both the sides. Including all the hundred sons of Dhritarashtra and Gandhari, who had died on the battlefield. The five Pandavas emerged victorious and went on to rule their kingdom, Hastinapur, for a long time. 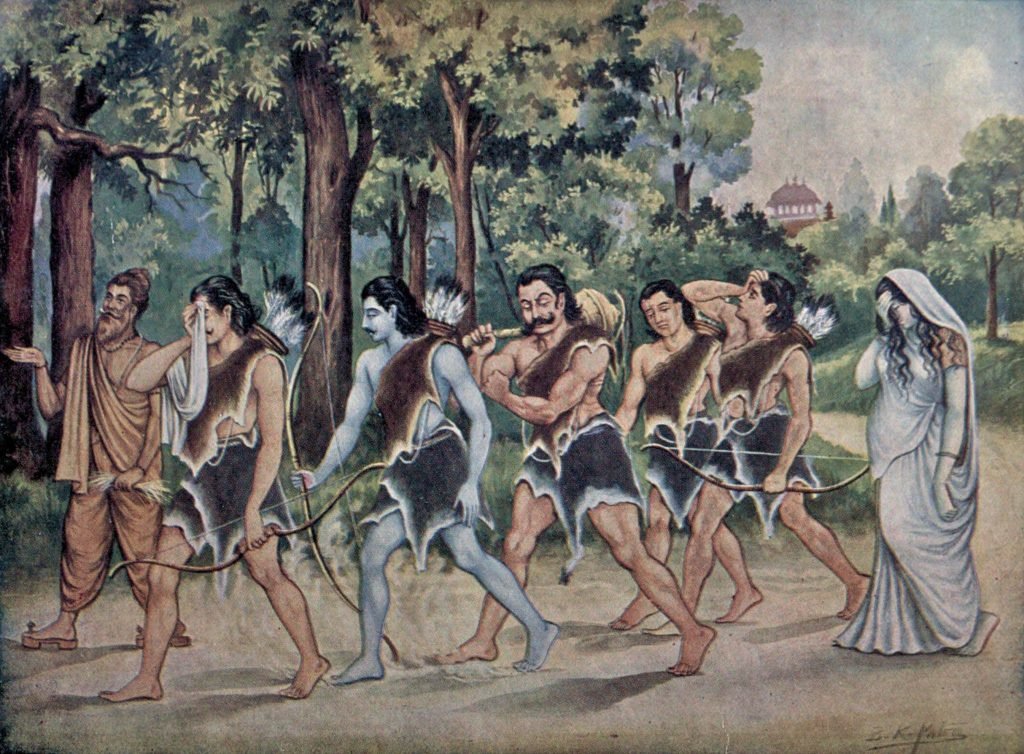 It was then that the Pandavas and their wife, Draupadi, decided that they had lived long and fulfilling lives, and began their ascent on the Meru mountain, which would lead them to the gates of heaven. One by one, however, Draupadi, followed by the Pandavas, slipped and fell, until it was only Yudhishtir who managed to enter heaven. Contrary to what he had imagined, he saw the Kauravas lounging in heaven, but failed to find his brothers and wife. Asking Yamraj, the God of death and the afterlife, about why his wife and virtuous brothers had not been granted a place in heaven, this is the answer that Yudhishtir received:

The kauravas died on the battlefield, following the rules of war. Hence, all their sins were wiped off and they were granted a place in heaven. Your brothers, on the other hand, even after living virtuous and righteous lives, could not shed their imperfections. Draupadi was imperfect because she loved Arjun more than the rest of her husbands; Sehdeva, for his knowledge made him arrogant; Nakul, in his vanity for his good looks; Bheem, for his gluttony, as well as for flouting the rules of mace – fighting and hitting his opponent below the waist. And lastly, Arjun – for he, in his quest to be the best archer, was jealous of those better than him. Thus, they must first perform penance in hell until they rid themselves of these vices.

2) The story of Dhrishtadyumna

We know Dhrishtadyumna as King Dhrupad’s son, Draupadi’s brother and the commander of the Pandava army in the Mahabharata. But how many of us know about the story of his birth? 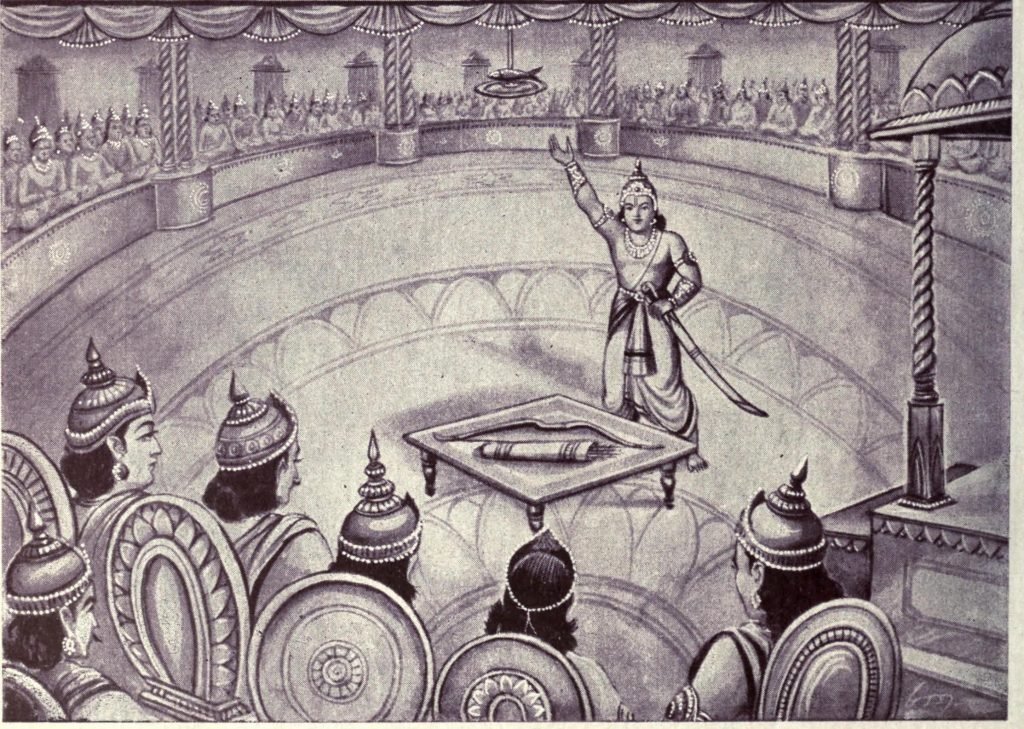 Long before the battle of Kurukshetra, when the Pandavas and Kauravas had not even been born, there were two friends at Gurukul, who swore allegiance to each other, through thick and thin. The Kshatriya prince, Dhrupad and Brahmin Dronacharya were the best of friends, and it was then that Dhrupad had promised Drona half of whatever was his.

Many years passed, and Dronacharya, living the life of an ascetic, came across some very hard times. Not seeing an alternative, he went to his friend, who was now an illustrious king, and reminded him of his promise. The newly coronated Dhrupad, in his arrogance, insulted him, making Dronacharya take a vow of vengeance.

Years passed, and Dronacharya trained the Pandavas in war craft and the nuances of combat, making Arjun one of the greatest archers of his time, with the sole aim of exacting revenge. Arjun went on to prove his mettle and captured King Dhrupad, thus humiliating him. But the wheels of revenge seldom stay still.  Years passed, and this time, it was  a bitter King Dhrupad who performed the “Putrakameshti” (asking the Gods for a son) yagya, and Dhrishtadyumna emerged out of the sacrificial fire. A fully grown man, he was already trained in the martial arts and the rules of war. In the Mahabharata, Dhrishtdyumna fulfilled the purpose of his life by beheading Dronacharya when the latter was meditating, even though this was contrary to the rules of war.

As we already know, the Mahabharata, resulted in the death of all the hundred sons of King Dhritarashtra and Gandhari. Lord Krishna is said to have visited Gandhari to offer his condolences. In a fit of rage and sorrow, the bereaved mother cursed Krishna, saying, that just as the Kaurava dynasty had ended fighting with each other, so would the Yaduvanshi dynasty also reach its end, fighting and killing each other. She went on to curse Krishna, swearing on her lifetime devotion to Lord Vishnu, that Krishna would die exactly after thirty six years of her curse.

If the Mahabharata teaches one thing, it is the fact that words once uttered, cannot be taken back. Many years after the Mahabharata, the people of Dwarka, Krishna’s clan, had forgotten dharma and righteousness. It was thus that one day, when the whole Yadava clan had assembled on the sea shore for merry making, that they began quarrelling amongst themselves. It was indeed the effect of Gandhari’s curse that within a matter of a few minutes, the whole clan had killed each other, under the influence of intoxicants.

Thirty six years had passed after the battle of Kurukshetra, and it was time, once again for Gandhari’s curse to come to life. One day, while Krishna was relaxing under a tree, Jara, a hunter, mistook his moving foot for a deer. The hunter shot a lethal arrow that pierced into Krishna’s feet, the only vulnerable part of his entire body. As soon as the hunter reached Krishna, he realised his mistake and pleaded forgiveness. Krishna, with a serene smile on his face, consoled the hunter, explaining that his death had already been destined and hence, was inevitable. Kaliyuga, the darkest phase of mankind, started from the time Krishna died.

Yes, there was a reason that Karna, Kunti’s first born, was called “daanveer” or the self sacrificing. We’re all aware of the story when scheming Lord Indra asked Karna for his golden armour (“Kavach Kundall”) which he had been born with. However, there are numerous instances throughout the Mahabharata where one can find Karna’s true nature. 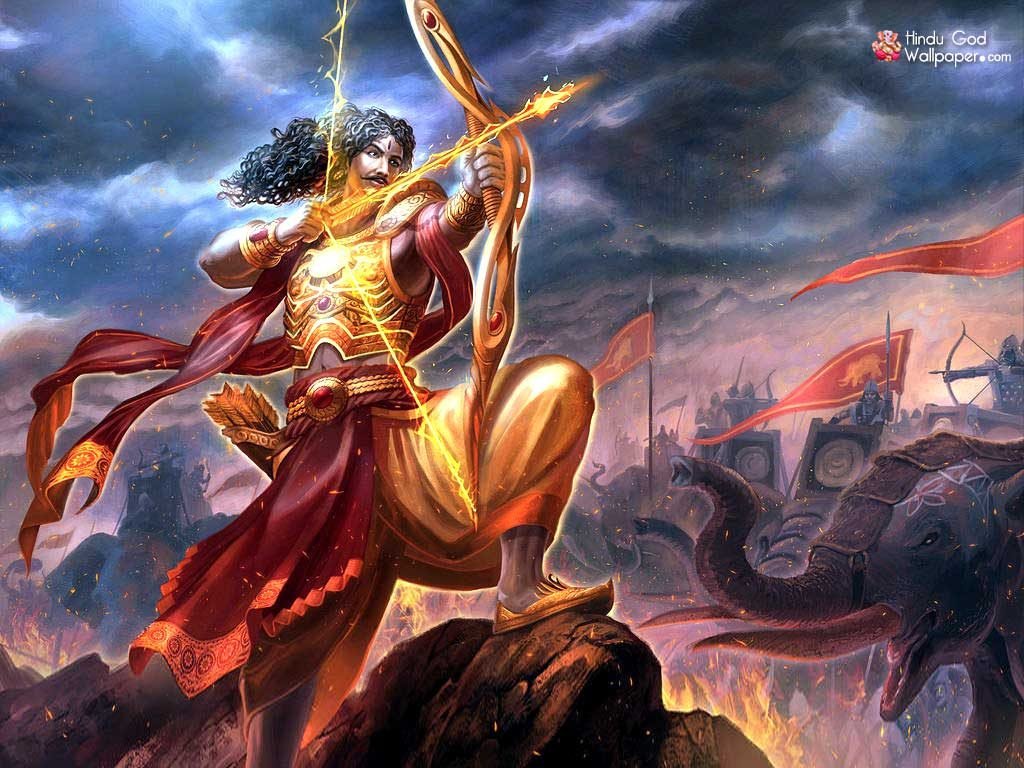 Once Krishna remarked that Karna was a kinder man than dharmaraj Yudhishtir (the most righteous amongst all men). To prove his point, Krishna disguised himself and Arjun as Brahmins. They knocked on Yudhishtir’s door, asking for sandalwood for cooking food. As it had rained the previous day, there was no sandalwood available. The two had to return from Yudhishtir’s door empty handed. The two then went on to repeat the whole pretence at Karna’s door, asking for sandalwood. However, true to his nature, Karna, on seeing that no dry sandalwood was available, thought of an ingenious solution. Asking for his bow and arrow, Karna chopped the doors of his palace in one swift motion which gave firewood. The door? Of course it was made up of sandal wood.

The Indian mythology is replete with literature that is unmatched anywhere else in the world. The multi faceted Mahabharata is one of the greatest works throughout the history of the universe.

Be it tales of love or fulfillment, revenge or sacrifice, kindness or cruelty- the Mahabharata has these in abundance.