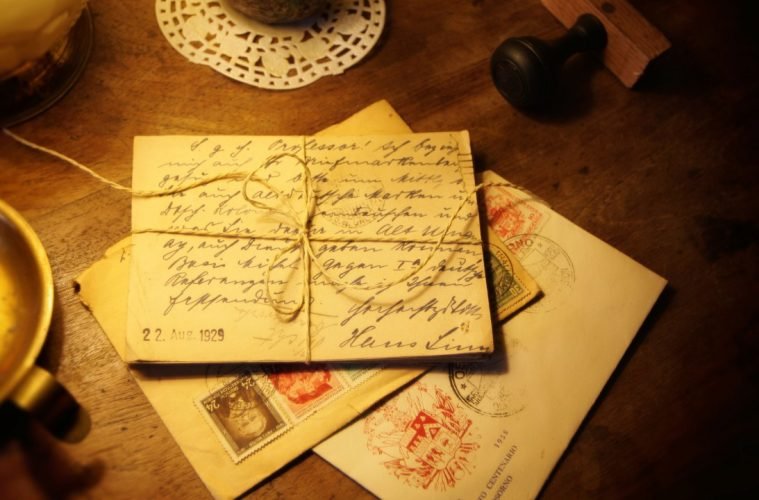 Let’s Go Back To The Forgotten Art Of Writing Letters

A few months ago, a friend requested me to pass on my postal address so that he could write to me. A few months before that, I had written to him for his birthday. He had apparently disposed the envelope without taking down my address. The opening of this article is not a reprint of a 1990s piece. Well, I can understand why you would think that, because who in 2018 communicates through letters, right? It is a fair point to have.

In a time frame where notifications remind us of birthdays and anniversaries, phone numbers are not remembered, the apps we use have become a new body organ. Of course, that doesn’t change human body diagrams in school text books. What changes is the degree of personal touch we add to the way we interact.

It somehow appears so mechanical when people on social media groups send an “HBD”, sometimes even in lowercase to express a birthday wish. All you have to do is erase your birth date from all social media handles to see who actually remembers.

Letters can never be termed old school because that is what will keep us connected if all telephone signals were to stop functioning some day. The increasing number of new apps has created an image in our heads that writing letters is outdated, but here is why you should consider writing letters even as of today and much later.

1. Text messages fail to do the magic.

Messaging apps have deluged our smart phones and lives. It is a mess that can not be undone completely. Whether it is about the work schedules, family gatherings, an outdoor trip with friends, we’re stuck in an unending loop of texts and replies. Free internet or data connections at wallet fitting prices are all over the place. Everybody talks to everybody else through an effortless ping. But letters can be anything but that. The very fact that you’ve put in some hard work to express yourself uncommonly can light another face up.

2. In a world short of time, you seem to make time.

Would we be happier if the earth took a little longer to rotate, so we could have a couple of hours more in one day to accommodate everyday chores? Clearly we wouldn’t, because we get busier with time. Prioritising is what makes our perennial list of tasks less complex. Now imagine carving out just ten minutes of that time to write to someone you’re close to. The happiness felt when people who matter make time for you is an underrated feeling. Let your favourite people feel it.

Have you ever counted the number of times the postman drops a mail in the letter box at your door every week? What does he deliver other than phone bills, credit card statements, weeklies and insurance renewal notices? A greeting card on your birthday from that jeweller you bought gold from last time maybe, which is a popular marketing technique. Bell bottoms, high rise jeans, typewriters, black and white pictures and many other old fashioned things were revived at some point in recent times because they were missed. Pen, ink and letters can make you feel that too.

4. Butterflies in the belly out of anticipation.

Waiting is an art, a lost one and that is exactly why we have instant messaging and instant noodles. A text message can fetch a reply in seconds, but letters take time. There’s something winsome about patience, especially when it comes to receiving a response to a personally written letter.

As an eight year old I would carefully peel off a postal stamp from an envelope, sometimes by keeping it under a running faucet to save it, in what I called a stamp book. Philately is a great way to learn about places, monumental events around the world and their special-ness. The kick you get while collecting a stamp from a personal letter can’t be associated with that of buying stamps. They make exceptional memories and collectibles.

Thoughts and feelings are simple when they’re inside the head. But that’s just the outline. Wrapping the skeleton of a sentiment with words for muscles is complicated. We have websites and ‘101 quotes’ apps for greeting people on almost any occasion. Name it, there’s a pre made quote for it. In this age of forwarded messages, be someone’s letter pal. Letters won’t even degrade the environment if you use recycled paper and envelopes. That way we’ll save the environment, as well as the art of letter writing.