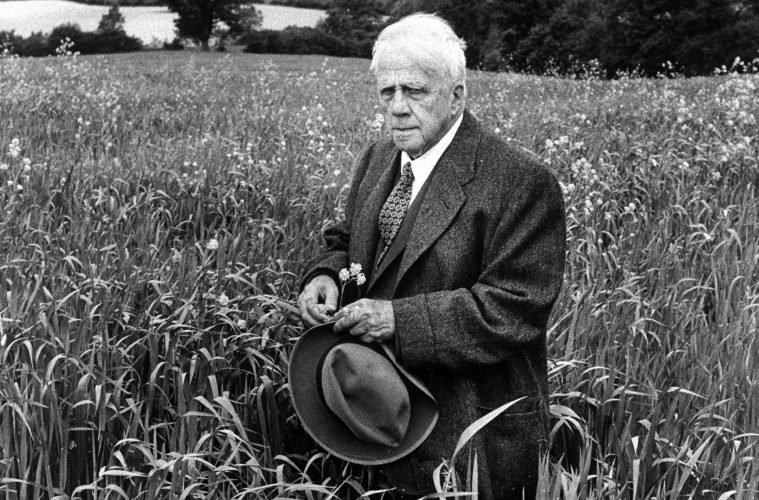 Let us talk about Robert Frost and the road he did, in fact, take, and didn’t regret. His knack for disguising objective poetry in modern mediocrity.

So here’s remembering the legend and poetic genius on his 144th birthday.

It was always The Road Not Taken

For the majority of us, our earliest memories of Robert Frost can be traced back to our English textbooks. It was a forced recitation and reading of one of his most salient poems, The Road Not Taken. As our teachers broke down the dilemma that the poet was describing through elusive metaphors, we underwent tiny moments of terror. The moments where we innocently thought of all the choices and decisions we will have to make in the life that lay ahead of us. We screamed, internally. Honestly, forks in the road never seemed as vindictive before having read the poem. 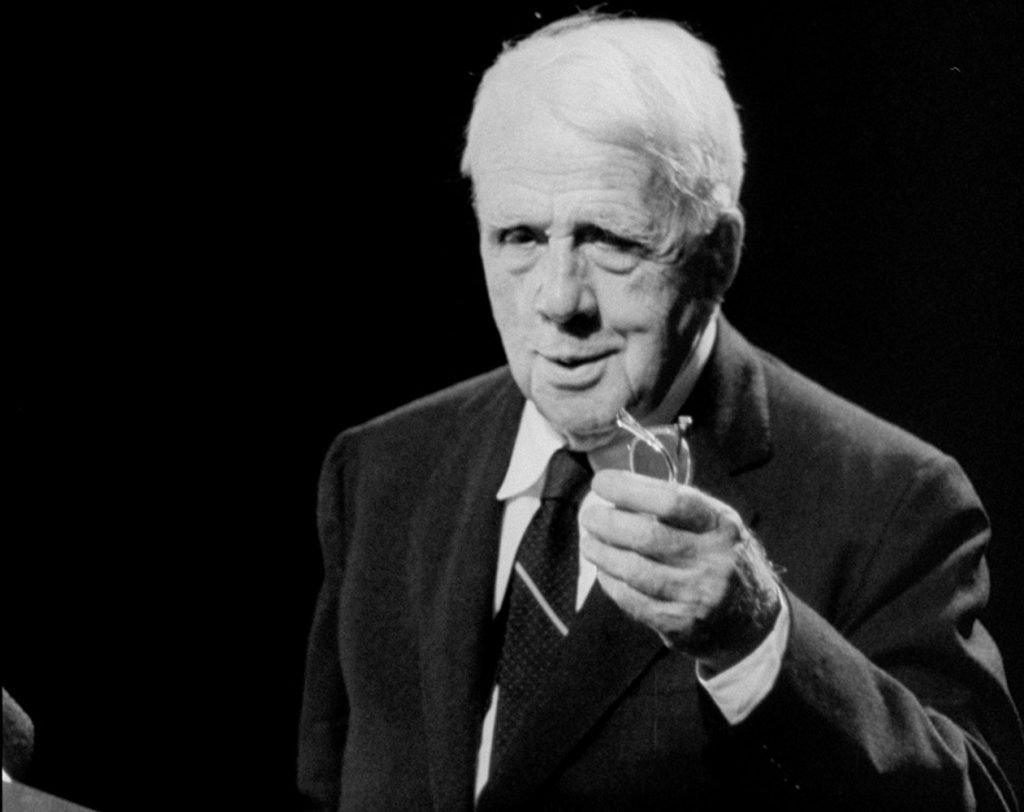 Yet somehow, the academicians and teachers setting up the curriculum thought so highly of this life lesson, that I, for one, ended up reading this poem as part of my coursework, both in middle AND high school. I get the point.

We look at literature, especially poetry with a different perspective each time we read it. After all, this poem was supposed to give us a crucial lesson about our limitations as a human being, and the unavoidable quandary of choice. However, (and this is where our main question lies) was it really?

Our impressionable selves succumbed to an unquestioned acceptance of the poem’s depth and girth and whatnot. Turns out, for Frost, it was all a rather objective than emotive pursuit.

The thing with interpretations is that…people interpret

So you think that The Road Not Taken is an anthem of nonconformity, independence, individualism, trailblazing, risk-taking.  In all likelihood, you read a sly, yet witty reference to the poem in a newspaper column. Or you borrowed the metaphor for your graduation speech. If you are anything like me, you have also made cringewrothy puns about a fork in the road on a snowy day as being a ‘Frosty’ situation.

To put things in perspective, let us not forget that this poem is his chef-d’oeuvre by public trial and not his acknowledgement of it being so.

Because there is just as much probability that the poem was really just mocking the human reaction of regret or self-congratulation (depending on the consequences), which led David Orr to deem Frost’s work “the most misread poem in America.”

His words, not mine:

The poem isn’t a salute to can-do individualism. It is a commentary on the self-deception we practice when constructing the story of our own lives.

The truth is, in the final stanza, we do not know with any amount of confidence whether the ‘sigh’ was one of regret or relief. It’s his forte: this grubby ambiguity.

Frost often quipped, “You have to be careful of that one; it’s a tricky poem—very tricky.” 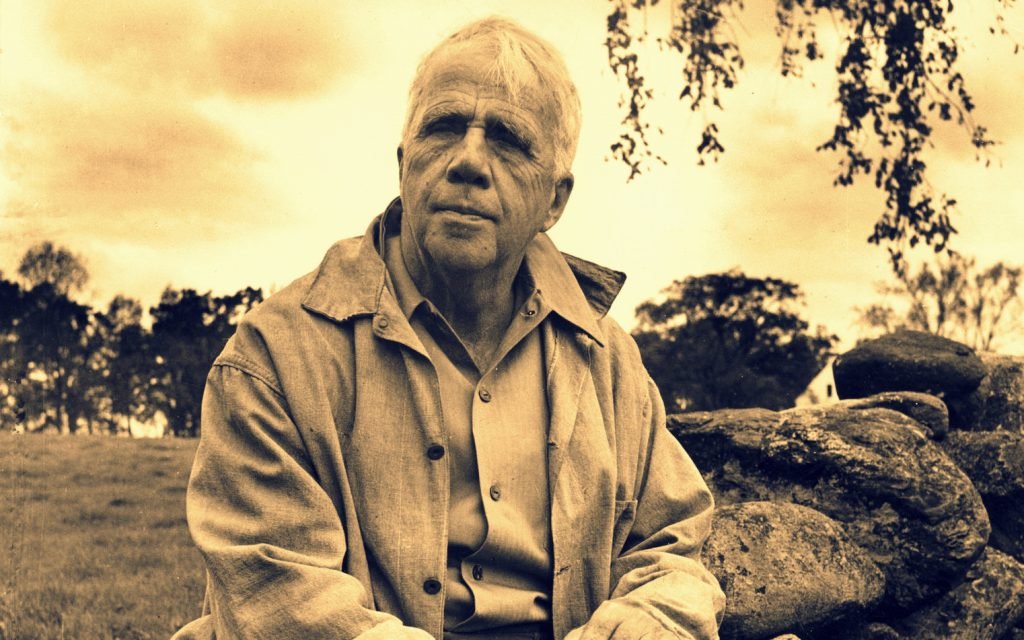 It is his objectivity disguised as mediocrity

For a moment, let’s keep the ambiguities aside. Let’s also keep the rage induced by these ambiguities aside. Frost was known for no poetic excellence, least of all a literary rebellion. He believed in objectivity and rules, possibly as much as he loved being obscure and vague. Frost appreciated the coherence that restrictions like rhyme scheme, meter in form, and other literary devices brought. The only thing that wasn’t arbitrary in his life choices was this choice: adhering to meter, line length, rhyme scheme.

He wasn’t an experimental poet and liked certainty and clarity in what he sought to achieve, but if that is true, then he must have sought to achieve ambiguity because that is what his best work boils down to. It would look mediocre at best, since he is intentionally repressing the story and demoting the emotions. At this point, though, who knows: perhaps, that’s what he set out to do?

Something tells me he would have been the annoying one, if he were a slam poet or spoken word poet in today’s day and age. Not meaning what he said, or saying something he didn’t mean. I sense trouble.

My poems—I should suppose everybody’s poems—are all set to trip the reader head foremost into the boundless. Ever since infancy I have had the habit of leaving my blocks carts chairs and such like ordinaries where people would be pretty sure to fall forward over them in the dark. Forward, you understand, and in the dark.
—Frost to Leonidas W. Payne Jr., November 1, 1927

The irony in the whole situation isn’t lost on us: in a piece of literature that provokes us into thinking more and more about the choices we make and their implications and the regrets at ‘what could have been’, Frost deliberately refuses to select one interpretation alone. It is almost sadist in that the very poem he uses for indoctrination of his readers to the concept of choices and consequences, he also hands them a practical torment of making a choice in its interpretation.

And dear reader, if your childhood memories of savouring poetry have to be marred and charred, then let this be the fact that does it. Frost really wrote his most famous work The Road Not Taken as just a joke. Yes, for his friend, the poet Edward Thomas. To mock his indecisiveness, nonetheless.  But then this is the same man who quipped, “I am never more serious than when joking.”

The question really is: What do you want to believe?

And now, just to tickle your memory a little:

Two roads diverged in a yellow wood,
And sorry I could not travel both
And be one traveler, long I stood
& looked down one as far as I could
To where it bent in the undergrowth;

Then took the other, as just as fair,
And having perhaps the better claim,
Because it was grassy and wanted wear;
Though as for that the passing there
Had worn them really about the same,

And both that morning equally lay
In leaves no step had trodden black.
Oh, I kept the first for another day!
Yet knowing how way leads on to way,
I doubted if I should ever come back.

I shall be telling this with a sigh
Somewhere ages and ages hence:
Two roads diverged in a wood, and I—
I took the one less traveled by,
And that has made all the difference.