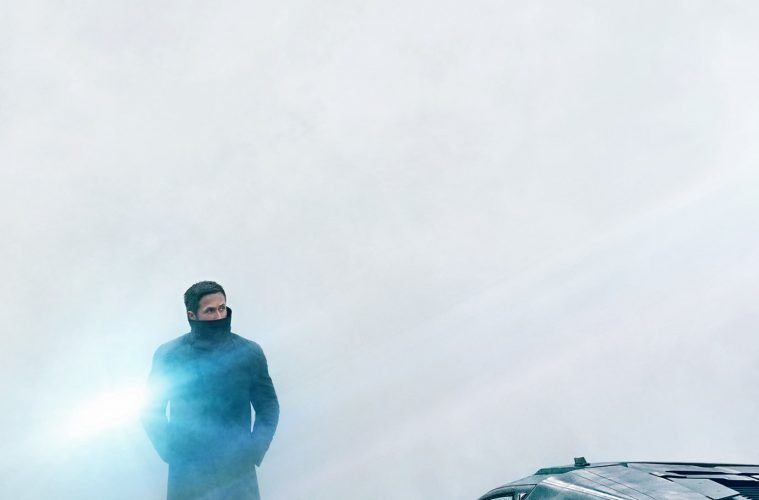 In my anticipation for Blade Runner 2049, I realised that it was high time I watched the first one. This was a venture I undertook without presumption or prior knowledge. I hadn’t read any fan theories or any reviews. I did not watch any YouTube videos and basically, all that I knew was the fact that this was considered one of the greatest science fiction movies of all time. This was the only piece of information I had about the movie. To say that I was impressed, henceforth, would be an understatement. Such was the impact of that film that I cannot help but write two reviews in one. Blade Runner, the original, and its worthy successor, Blade Runner 2049.

The first thing that held my attention was the visual beauty of both the films. The original film took great pains in depicting a huge of class divide. The rich and privileged had homes, or mansions, rather, that were clean, crisp and pleasing to the eye. Most of them were white, which I do not believe was unintentional. The lesser privileged, however, lived in the dumps, amongst houses stacked on top of each other, filled with people from multiple ethnicities and races. 2049 obeys the visual standard to the letter. I honestly found myself harking back to the original movie whenever there were wide, sweeping shots of the metropolitan landscape.

There is also more to that, this time. The farms are shown to be vast, at a level unimaginable, but their colours are muted, dull gray and white, a clever play on something as simple as quantity devoid of quality. The class divide mentioned above is even more pronounced than before, with the cool and calm looking buildings that are either offices or corporations. These are accompanied by houses that are literally at these buildings’ feet, evoking an image of favelas in South American countries. Everything, from the colour palette to the music, changes from place to place and scene to scene. You can close your eyes, hear the sound design change, and I am confident it won’t be a hard job to guess where the current scene is set. 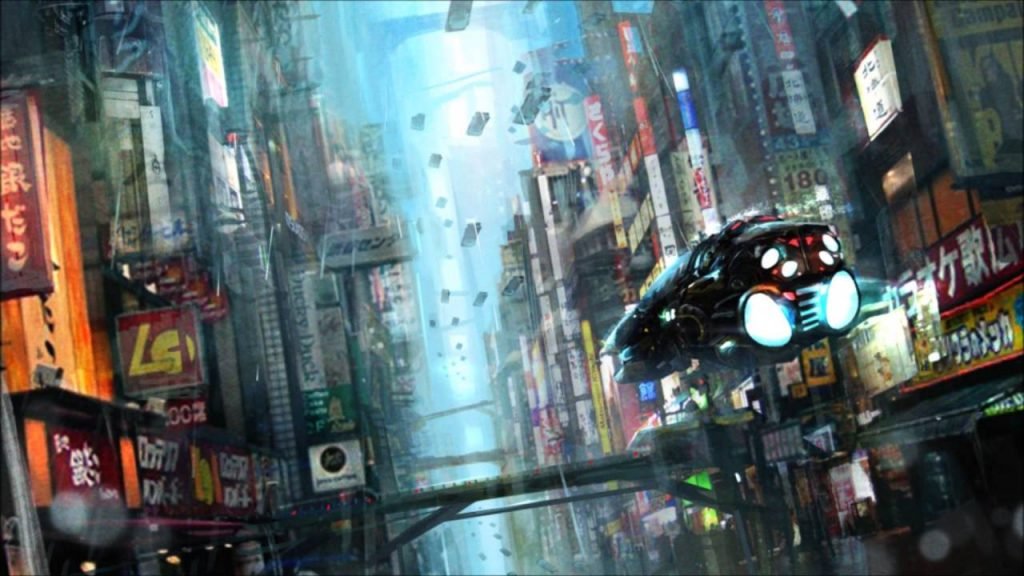 A decrepit and deserted city (Las Vegas?) is an onslaught of orange as the characters traverse a desert, with the sound of large drums to accentuate the scene. Scenes with snow are whiter than white, melancholy music making us almost feel the snow to be on our hands. Dark gray and black are what we see as we travel through the city, with nothing but rain that almost seems blacker. Scenes in the Wallace Corporation are yellow, almost pointing towards the fact that these buildings are the only ones high enough to even see the sun rise and set. The music here is haunting and chilly; you can hear the synthesizers mixed with ominous sounds that almost drown out the scene; in one scene, literally. Hans Zimmer and Benjamin Wallfisch collaborate to take Vangelis’ themes that made the old film so wonderful and make something transcendent out of them.

The visuals serve to provide explanation for most part of the film and the commentary isn’t implicit at all. Following the events of the last film, the Replicants have been upgraded to obey and now live among us. Characters frequently hear racist slurs thrown at them, with some even sprayed upon the doors of their homes. It’s hard not to watch this without thinking about the world of today. It’s interesting to think that these are just some of the questions that are explicitly posed by the film. The real question however, as in the original, is of identity. Who am I? Why was I created? How long do I have? Roy Batty asked us in the original film, and while no such questions are presented here, you can almost feel them going through each and every character’s head, with each having their own version.

That’s probably the best part of the film. While the visuals, cinematography and sound design are top notch, it’s the performances that hook you. Ryan Gosling excels here, playing a character more in line with Roy Batty than Deckard. Almost all of his scenes are played with a quiet intensity, which brings weight to his rare, but significant, outbursts. He truly goes on a journey here, from an existence driven by servitude to actual, tangible redemption. It’s something to behold and credit to the actor for essaying it to perfection. 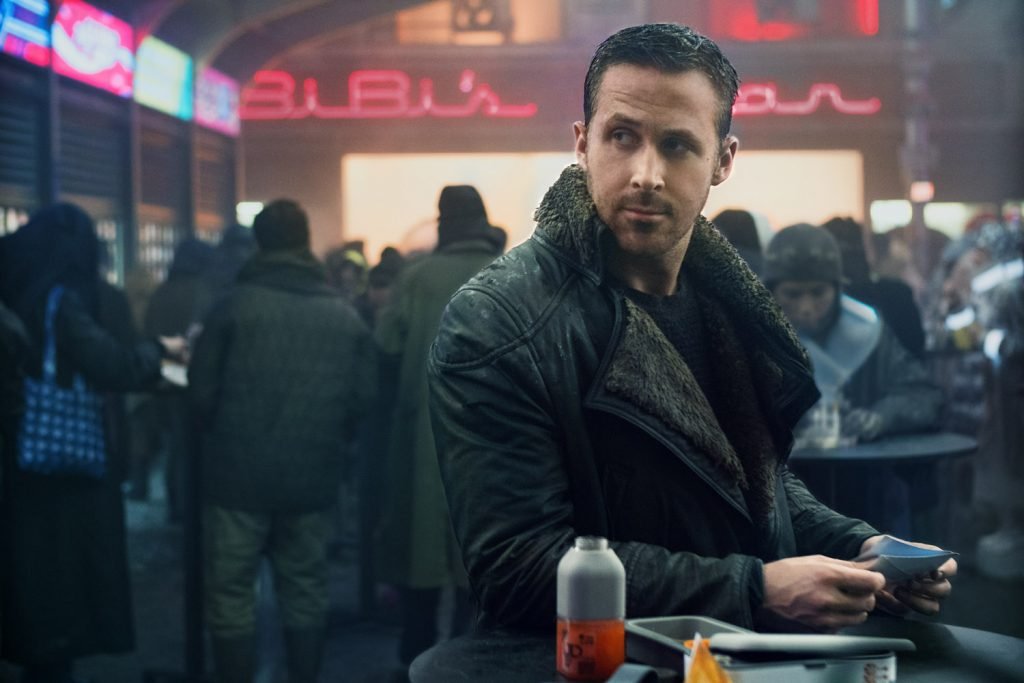 He is provided ample support by Robin Wright and Ana de Armas. Ana shines as Gosling’s love interest. To go too much into it would be a spoiler, but Armas’ talents are used almost magically. Through her, the film juggles the idea of love in the modern world, a world with people that have different personas as far as real and digital life is concerned. Her character arc is poignant, and it actually made me struggle with my own ideas of love and companionship in this world.

Mackenzie Davis and Dave Bautista appear in small but significant roles. Again, spoilers remain an issue here, even though Bautista is featured in the trailer. Suffice it to say that their characters are important than they appear, with Davis being part of a scene that will either repel you or drive you to tears. Jared Leto makes his presence felt in scenes that are loaded with metaphor and mind numbing imagery; truly fleshing out his character despite the limited time he has. Sylvia Hoeks is cast as Leto’s assistant and acts as the true equivalent of Batty’s character in the previous film. Once again, I cannot say much.

It’s a treat to watch Harrison Ford here, who appears very late in the film, but gives it everything he has. In Ford’s case, everything means a lot, especially keeping the first film in mind. If you’ve seen the Final Cut, you know how it ends. It ends with a decision made by Ford’s character, Deckard, a decision that he has lived with for the past 30 years, in the film’s frame. One look at the man’s face and you already feel the absolute torment he might have undergone for these decades. This is Ford at his best and it is a welcome sight in a film of this calibre.

The first film was renowned for dealing with complex, thematic issues that resonate today more than ever. For a world driven by digitisation and modernisation, it’s exceedingly easy to lose your sense of yourself. It’s very easy to forget who you are and there many people who would struggle with this question. In fact, as you read this, can you answer it? Can you tell me who you are? It’s the hardest question of all and it was accompanied with another one in the original film; does it even matter? Roy Batty claimed to have seen wonderful things but knew that all those memories meant nothing, not to anyone but him. It was truly then that he accepted who he was and what his fate was going to be. 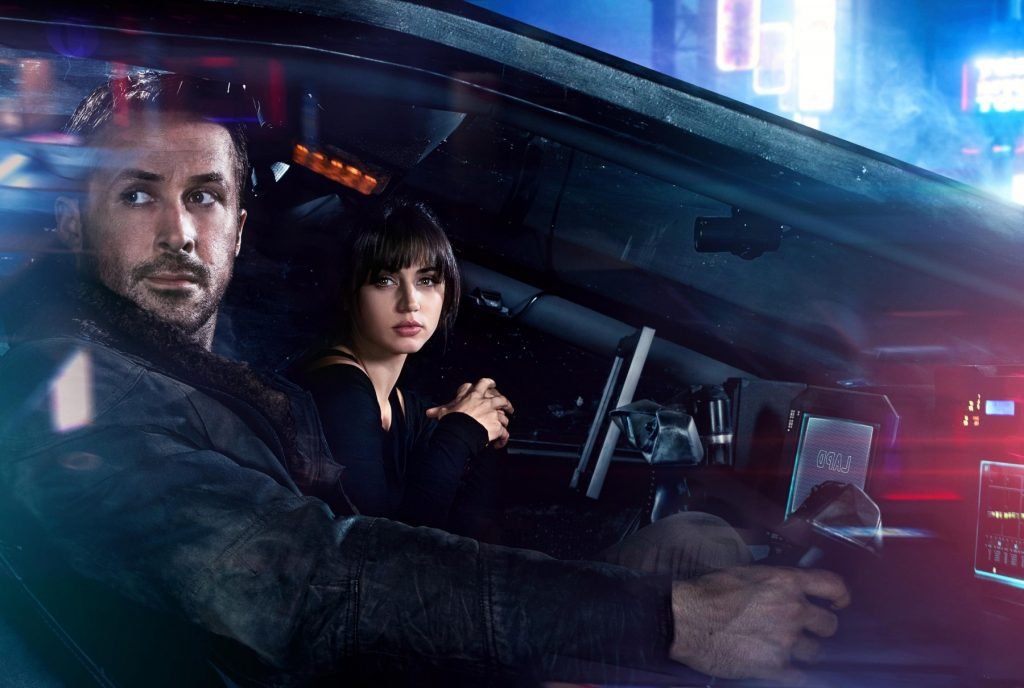 The sequel asks the same but in a different way – Does it even matter who’s a replicant or who isn’t? There are events that take place in the film that truly make this a difficult one to answer. I cannot tell you what they are, spoilers are one reason, but it wouldn’t be possible for me to just ask it either. “I think, therefore I am,” is what Pris claimed in the previous film, something Descartes would have approved of, but in that case replicants could be considered our equal. Yet many purists would argue, consequently, that despite being absolutely identical, is a created human the same as a human being born?

This is why it is such an important film. It’s very easy to create a film that is fantasy and filled with crowd pleasing moments; a story to be sold and not told. It is equally harder, hence, to use the said medium to truly force us to think about what everything means. This may be a big budget film, but it seems to be more of an art house effort. Just like the questions it asks, the film itself allows audience to have its own interpretation of what it is. It’s one of the reasons that a mere review cannot suffice to judge how I liked it, although right now, it will have to do.

I felt it was wonderful and it made me think, question the very things that I take for granted. Love, companionship, humanity, identity, memories – these are all the things we experience and associate with on a daily basis. However, how much can we truly answer when it comes to these very things? What is love, to you? What does it mean to be human? Who are you? What is real and by extension, what even defines real?

I cannot claim that this film will actually answer all of this. It will not. It will answer different questions for different people and it will be different things to different people. A magnificent film and an experience that cannot be described in words, Blade Runner 2049 is the best film of the year yet, and will go down as an instant classic.