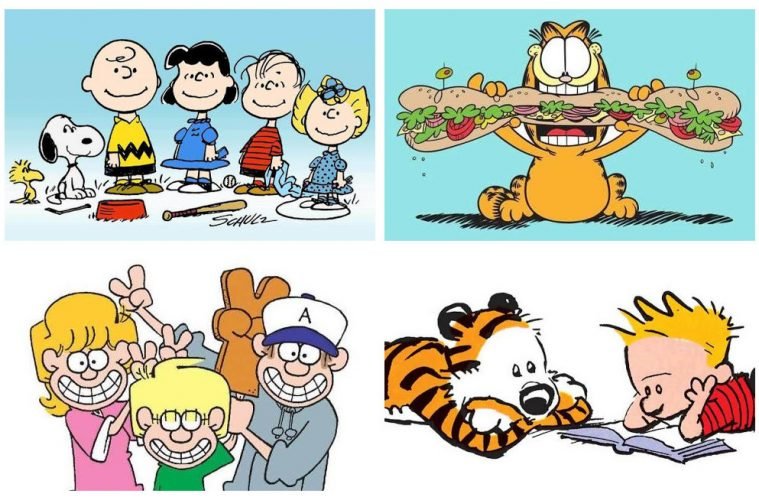 Living It Up With The ‘Toons’ Of The Comic Strips

Newspapers never fascinated me much as a child. I am sure most of us were like that. A better way to put it would be to say that news in the daily papers did not attract us as much as the TV guide, puzzles and comics section. More often than not, my breakfast would be accompanied by a scolding for taking the comics page away, which also coincidentally carried business news and stock indices. I would be disappointed when the Sunday paper’s supplement carried just one comic, in colour though. Those were the only days I waited for Mondays, not any more of course!

The difference between comics today and comics roughly fifteen years ago is their availability. The resources were few back then, with only newspapers printing these gems or bookstores having a stock of pricey popular comic books. Today we have the internet god that covers all our needs, so our favourite comic archives are not hard to find.

There’s nothing like growing up reading Charles Schulz, Jim Davis, Bill Watterson and Bill Amend. They not only just sketch talking pets, frustrated parents, smart kids and a bunch of friends, but also tried to fit in an assortment of perspectives to limited space. Say, in the corner of a 29 by 23 inches broadsheet.

I bumped in to comics at an age I do not quite remember. But all I know is that it soon became a rendezvous. At twelve, an indolent thinking cat, all fluffy and orange fascinated me. Garfield’s food always found him. If anything were to be rated Garfield style, it would be on a scale of raisins to lasagna; the latter obviously being the highest. Sarcasm is the language he thinks in. Detesting Mondays is his mandatory emotion. Coffee, his recharge fuel. A cat loyal to his job of sleeping and squishing spiders. Or bullying (and secretly loving) the owner’s pet dog when awake, Garfield has been my most favourite character ever since my encounter with comic strips. On June 19th, this year Garfield turned forty and has only gotten more fabulous since his first appearance in Jim Davis’ masterpiece.

The best part of comics always remains that almost anything can talk or think. Personifying just about any object doesn’t require a second thought. The characters do not have to be in colour because they themselves are so vibrant. We tend to process them in colour in our heads, straight from the black and white squares in the newspaper.

As I started to discover more of these creative pieces, I found myself falling in love with a few more notable ones. Peanuts, one such strip cartoon made me cherish Charlie Brown and Snoopy, but most of all Woodstock. Quite complex for me to understand as a teenager though, the relationships between these lead characters were simple and lovable. The comic for me was more about Snoopy and Woodstock, the little yellow left handed bird, than about Charlie Brown and his beagle. Known for its satire and straight forward dialogues but not so simple humour, Peanuts was one among every kid’s best loved stories in cartoons. 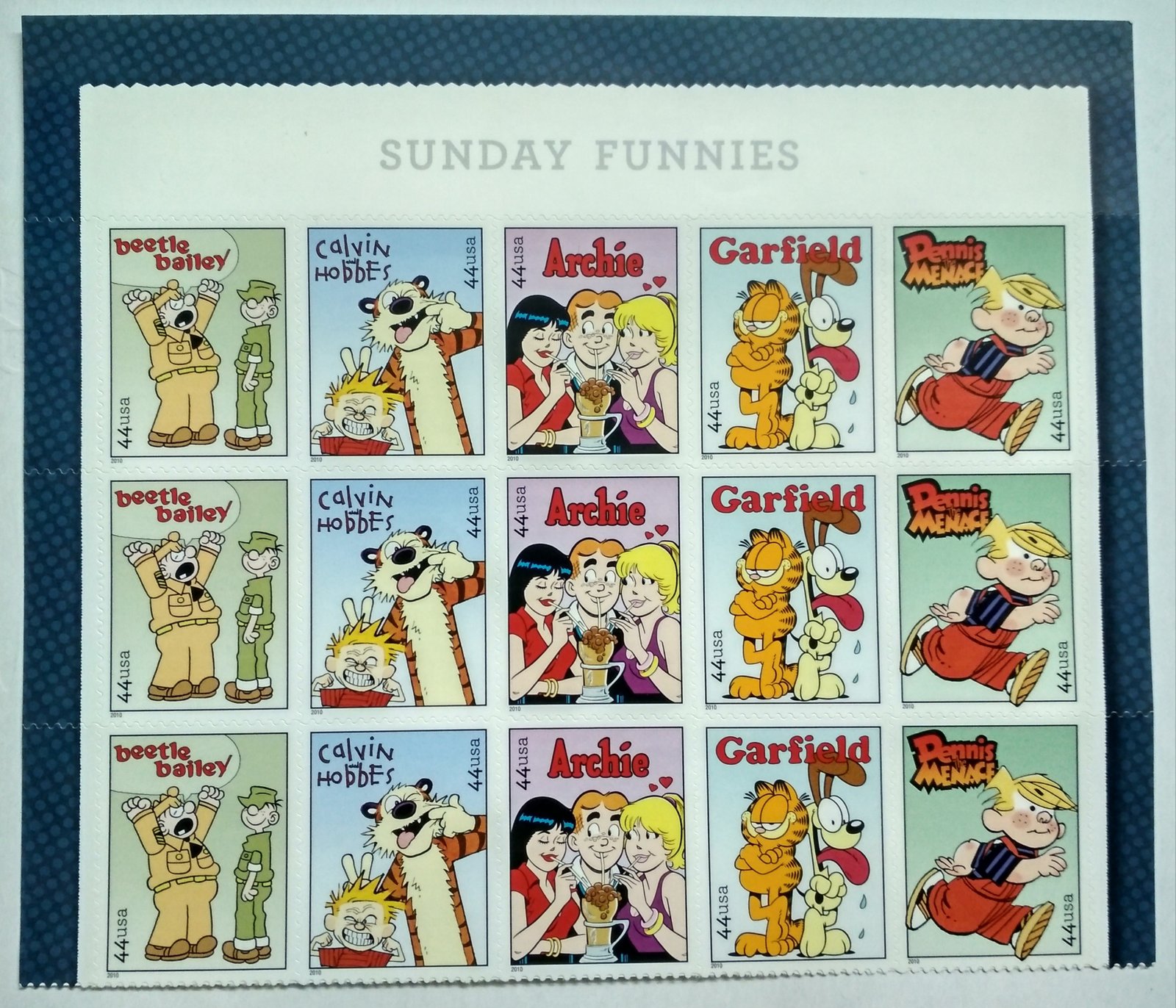 My collection of Sunday Funnies stamps issued by the US Postal Service in 2010.

Apart from these, there is FoxTrot, Doonesbury, Beetle Bailey, Between Friends, Wizard of Id, Dilbert and Blondie which still continue to entertain people irrespective of their age. Newspapers aside, Archie comics and Tinkle Digests were a hoarder’s paradise. Because reading and rereading until a new volume releasing is a delight in itself.

The world of comics is an ever-growing sea, with new ones entering the list every day. But nothing beats the oldies. They have a charm that will never fade even after multiple rereads. My daily ritual even as of today is to read one such matchless classic: Bill Watterson’s Calvin and Hobbes. It has been so hard to not write about them all through this article up to this point! I save the best things for the end.

My first meeting with this six year old and his pet tiger was surprisingly not long ago. A very popular comic drawn by Watterson right from the start in 1985 up to its last strip in December, 1995; Calvin and Hobbes won my heart in an ickle span of time.

Hobbes could have been a non living, inanimate, stuffed toy for the rest of the world, but to Calvin his pet tiger and best friend was real. Frames of mind and friendships have never been explained more beautifully. Tiffs over bed space, Hobbes pouncing on Calvin when he got back home, Susie and Calvin’s secret flirting sessions and Calvin’s weirdness with a seasoning of character building lessons from his father are scenes almost any reader would relate to.

Watterson had a signature way of sending out positivity to his readers. And unlike most popular comics which marketed themselves further through merchandise, Calvin and Hobbes chose to remain low key. But still managed to grab eyeballs.

The essence of the comic lay in Watterson’s single handed involvement in every strip. He drew every bit of it. He believed that selling comics by printing them on posters and clothes reduced them to nothing at all. Also, that his ideas were definitely worth much more than attaching a price tag to them. Anyone would have considered such a thought process as a subject of ego. So did the Universal Press Syndicate (which undertook the distribution of many popular comics including Calvin and Hobbes). But as a matter of fact, this was just another view point and Watterson was entitled to have it.

Not being able to allow compromise with his creativity, he finally decided to end the series after years of constant battle with the distributors. He thought that this was in the best interest of the comic and rightly so.

Reading about Watterson’s personal outlook and his way of preserving the comic strip in its raw form helped me understand his fondness for the characters he created. Over the years, I have had an unexplained sentiment towards Calvin and Hobbes that only intensifies every time I reread it.

Whether it is Calvin and Hobbes, Garfield, Peanuts or any of our best loved strip cartoons, comics in all their awesomeness do not wither. They just get repeatedly discovered and receive more love with every generation that comes and that is exactly what they are created for.