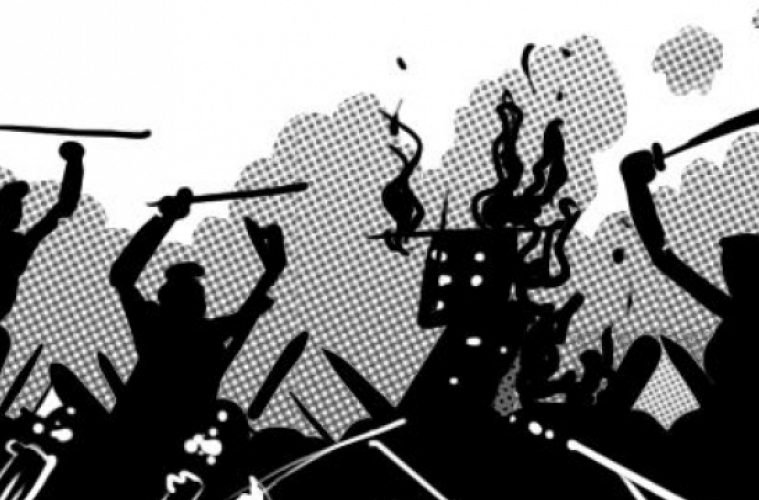 Lynching: A Serious Problem That Has Become A Political Tool To Defame India And The Hindu Religion

Lynching is an issue that needs much contemplation in the 21st century India. However, lynching or mob-justice is not something new that is occurring. It is especially not happening for the first time under the present government. It seems to be a problem that the nation has been grappling with since the past few decades. Even though there are strict laws in place that should ideally prevent people from resorting to mob justice, but it does not seem to work. Meanwhile, recently the problem has complicated further with the circulation of fake news using social media.

Solving such a complex problem requires everybody including the central government, state government, opposition leaders, media, and the people to come together and put an end to it. However, that would mean no political brownie points. Neither for the opposition nor any international editorials for the journalists. Instead, such incidents are up for exploit by the politicians. This is mostly to polarise the people. Also, some journalists are not far behind. They are using these to run their anti-Hindu propaganda. Clearly, linking crimes to religion is a pathetic attempt by a few to further their agenda.

Let me set the stage straight by saying violating the law of the land is wrong. Thus, lynching anyone even if they are guilty of any crime has no standing in the eyes of the law. However, during the past few months, a new trend has emerged. Rather it has been uncovered but always existed – selective outrage. The outcry by the opposition including the mid-night candle marches, coverage by media, and placard protest by Bollywood celebrities; all depend on the religion of the victim and that of the accused. It is also true that celebs will fight for rights of anyone as long as it benefits their movie and helps promotion.

The “liberals” akin to vultures use the incidents to further their own agenda. This more often than not is defaming India on the international forum and somehow linking Hindu or Hinduism to terrorism or Talibanism. International editorials are written by journalists who themselves may have compromised the safety of Indian forces during Kargil War and 26/11 Mumbai terror attacks. They like to claim that Muslims have been killed by Hindus under the garb of cow smuggling. The words such as “cow terrorists” are used in an effort to paint a barbaric picture of present-day India.

A divisive narrative is set to make Muslims believe that they are under threat and the present day government is out to get them. The same so-called activists will not once mention the lynching of BJP workers in West Bengal. Or even killing of a young boy for marrying a Muslim girl. Similarly, lynching in Assam which took place due to rumours of child lifting. It got spread through WhatsApp, but did not receive similar coverage. In the most recent case of lynching, a police ASI was lynched with sticks and axes. This happened because he went to arrest an accused. The case has found no coverage in the media because it does not suit the narrative.

Does This Suit Us As A Society?

Lynching is a menace that should not exist in a civilised society. Irrespective of the crime committed, lynching or mob-justice is simply taking our country backwards. The need of the hour is for all of us identify what really is crippling us as a socity. Implementation of the present laws on lynching and spreading awareness among ordinary people can go a long way in solving the problem. However, clearly, the “liberals” and opposition parties are busy defaming India and painting a narrative that Hindus are lynching Muslims.

Even the Honourable Supreme Court had to state that linking lynchings to a particular community was wrong and mobocracy cannot overrun the law of the land. Every one of us needs to act responsibly before forwarding messages. The simple act of forwarding messages can be a matter of life or death for someone. While the government is doing its best by formulating a committee to get to the bottom of the issue, we can do our part by being responsible. As for the anti-Hindu brigade, they will most likely continue with their agenda as for them, saving the lives do not matter, only votes do!