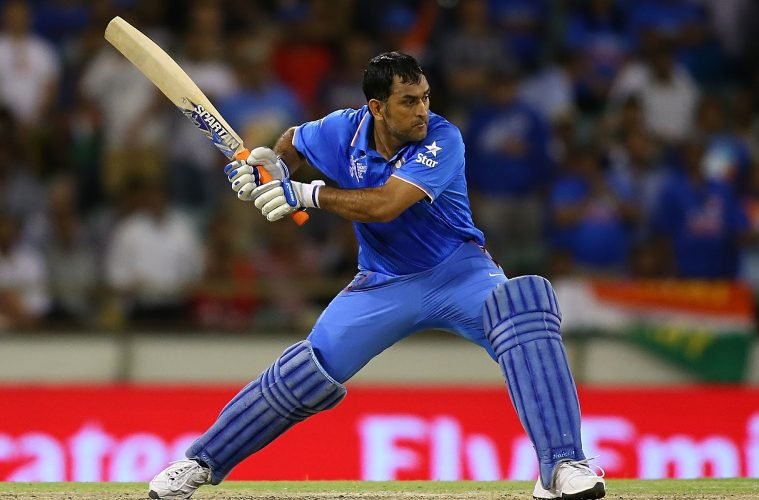 O captain, my captain! Our beloved Captain Cool Mahendra Singh Dhoni turns 38 today (7th July 1981) and what a journey it has been. Even though he is the former Captain of our Men in Blue, but he will always be knows as the Captain Cool. His calmness on field has earned him this title.

Coming from the humble background of Jharkhand, he has proved his worth to the world. I cannot imagine team India without him. The Indian cricket team has blossomed under his leadership and excelled over the years. This Jharkhand boy has achieved everything and has left a legacy that would be very hard to follow. The 2016 biopic on him, M.S. Dhoni: The Untold Story might have told you a lot about him (his journey from a ticket collector to attaining fame) but here I present to you some reasons to really cherish him as the captain of team India forever:

Mahendra Singh Dhoni (MSD), is the ONLY captain to win all three ICC World Cup Trophies. He won the inaugural World T20 against Pakistan in 2007. He won the memorable 2011 World Cup and the 2013 Champions Trophy.

Whenever the stakes are high, he invariably performs the best. In ICC World Cup 2011, the final against Sri Lanka, he blasted 91 runs and hit that iconic six bringing home the coveted world title after 28 years. This day will always be marked in golden letters in the history of Indian cricket.

He is one of India’s most successful captain. Even in tests (his least successful format), he has the most number of victories for India. He captained India in 199 ODIs and won 110 of them. The record in T20I is also exemplary and India won 41 matches out of 72. He also had the most back to back wins by an Indian captain in ODIs, and it was under his leadership, India went on to become the number 1 team in all formats of the game.

Dhoni as a leader was always two steps ahead of the game and made use of resources at his disposal. From giving unknown Joginder Sharma last over in the final of the World T20 to trusting Ishant Sharma in the Champions trophy and backing other youngsters, he always had insight to make decisions that benefited the team.

The long haired Dhoni announced his arrival on international scene by blasting 148 against Pakistan and 183 against Sri Lanka batting at number three. His style may have evolved from the aggressive power hitter to the stable middle order anchor, but his big hitting is legendary.

His patronized ‘helicopter shot’ is a masterpiece, further he has mastered the art of finishing games for India and only Virat Kohli can match him while chasing. The former Indian captain transformed Indian batting line as power hitting is something that India has always been short on and Dhoni brought something new that Indians really appreciate and enjoy.

Most people would panic under pressure conditions but not MSD. His calmness and wisdom has owned him many matches in the kitty of team India. He knows what to plan and how to execute it on field. Before the ball, he takes his glove off, adjusts himself just in case he needed to throw. When he catches the ball, he sprints like a cheetah to stump the batsman on run. He knows very well to keep his cool even in tough situations. This calmness has won India quite a few games that seemed lost and for that emotion, MSD will always have a special place in our hearts.

I challenge you … you can’t find a better keeper than Dhoni. He is legendary for his stumpings and speed. Remember the full paisa fasool match between India and Bangladesh when he waited for Shabir Rahman to raise his foot and then stumped him? That moment will never be forgotten. He holds the record for fastest stumping (0.09 seconds). 0.09! Imagine how quick one has to be –  to catch a ball and hit the stumps in such little time. He is simply magical and for that type of work, he is loved more than others.

Mahendra Singh Dhoni aka Mahi is a household name today, who is imparting hope to millions of people living in small towns and villages. From being a ticket collector to becoming a brand, he never compromised on his principles and stayed true to himself. Rewriting the rules of the game and by doing his part, he made it big and proved a true inspiration to millions of people all over the world.