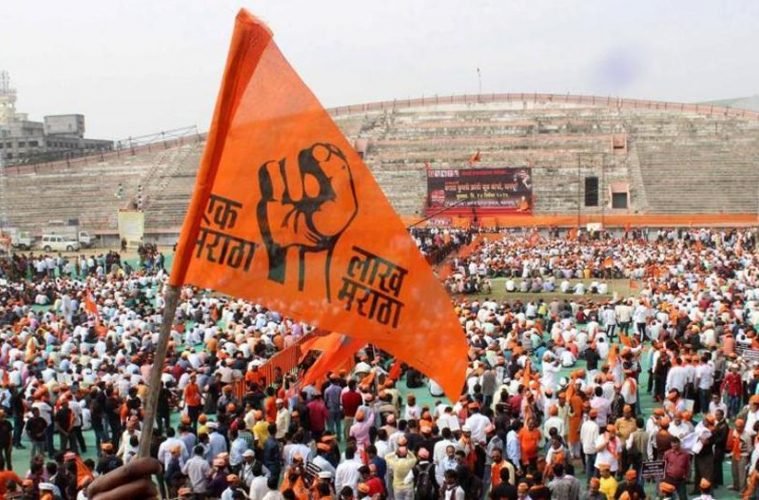 The Maratha community in Maharashtra is protesting across the state to demand reservation in educational institutions and government jobs. The community which forms over 30 percent of the state’s population has intensified the protest in the last couple of days. The Maratha protests which were an example for other protestors due to their peaceful nature took an ugly turn. A 27-year-old protestor Kakasaheb Dattatraya Shinde committed suicide by taking a “Jal Samadhi” in Godavari River, Aurangabad. The protestors have called for a Mumbai Bandh today.

The Maratha protest dates back to 2016, following rape and murder of a minor girl by men of Dalit community. The Marathas began with silent protest marches demanding justice for the minor girl. The accused were found guilty by a fast track court in Ahmednagar and were awarded death penalty. At present, the major demands of the community are reservation in education and government jobs. There is also loan waivers for farmers to reduce suicide, and amendment in Prevention of Atrocities Act, 1989 to prevent its misuse by the SC and ST community.

The government of Maharashtra has recently announced a vacancy for 72,000 jobs. This decision faced objection by the Maratha community. They demand that recruitment should not be undertaken until the reservation issue is solved. The Maharashtra government in response has assured that 16% job would not be filled until the issue is resolved.

The Maratha community was granted the reservation in 2014 but the same was later struck down by the Bombay High Court. Notably, all political parties have supported the reservation. It may be because no one wants to take a stand against the community. Sadly, this hampers the general category, once again.

The Supreme Court of India has in a Judgement stated that reservation under Articles 15(4) and 16(4) should not exceed 50 percent. Thus attempts by any state to keep more than 50 percent reservation aside is liable to denial. This was visible in the case of Rajasthan and Orissa government. However, there is a provision which is currently under play in the state of Tamil Nadu to grant 69 percent reservation.

The Ninth Schedule came into being the constitution through Jawaharlal Nehru in 1951. Laws under the Ninth Schedule are beyond judicial review. These are not open to contest in the court of law. Currently, over 300 legislations come under this schedule. Thus, these are immune to any legal challenge. While, Tamil Nadu’s reservation is already facing challenge in the Supreme Court; other states are already ready to use it and give more reservations. Karnataka wants to increase the reservation to 70%, Telangana to 62%, and Andhra Pradesh to 55%. Surprisingly, Maharashtra at present already has 52% seats reserved.

Where Does Merit Stand?

The need of reservations is not out of question. But are these current reservations what Dr B R Ambedkar wanted? His goal was to empower the backward castes by providing reservations for ten years. It was not to weaken the country where everyone wants to be backward to get a reservation. The Maratha community presently wants to get OBC status for their community. Well, anyone who has lived in Maharashtra will tell you that Maratha community is not a backward community. However, it does not imply that a few among them do not require governmental aid.

While communities and politicians who demand reservation talk about the data, no one will ever speak about the lesser fortunate people born in upper caste. If I may call them that or let’s call them general category to sound more diplomatic. The harsh reality remains that some of our fellow Indians across caste are less privileged and need some support to progress in the society. So, why is no one demanding reservations for the economically backward people cutting across caste lines? A wealthy Maratha or poor Brahmin, rich scheduled caste person or poor Muslim, who really deserves reservation? Well, the answer is very simple if at least someone is looking beyond votes.

(This article was written before the protest was called off.)