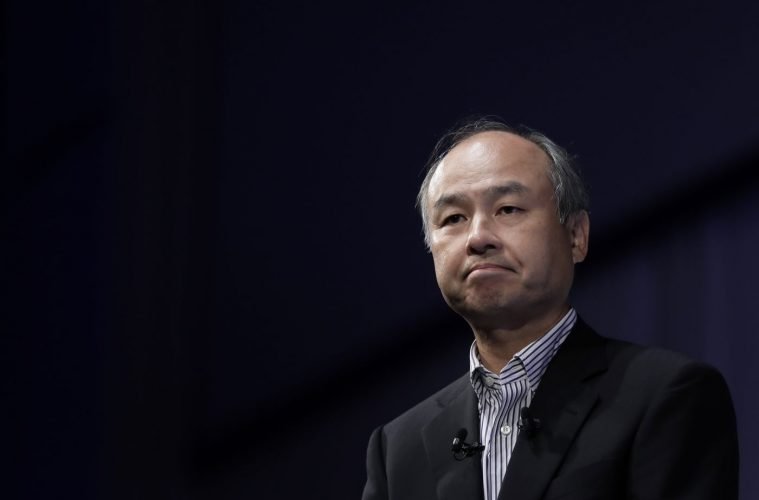 We are here to discuss Son, his various adventures and investments in India.

First and foremost, it is important to note that Son is bullish when it comes to investing in India. He has managed to have a finger in every bowl of curd you can find. Interesting enough, backing his interests in India is the $100-billion SoftBank Vision Fund and thus the amount of money which he invests so lavishly. 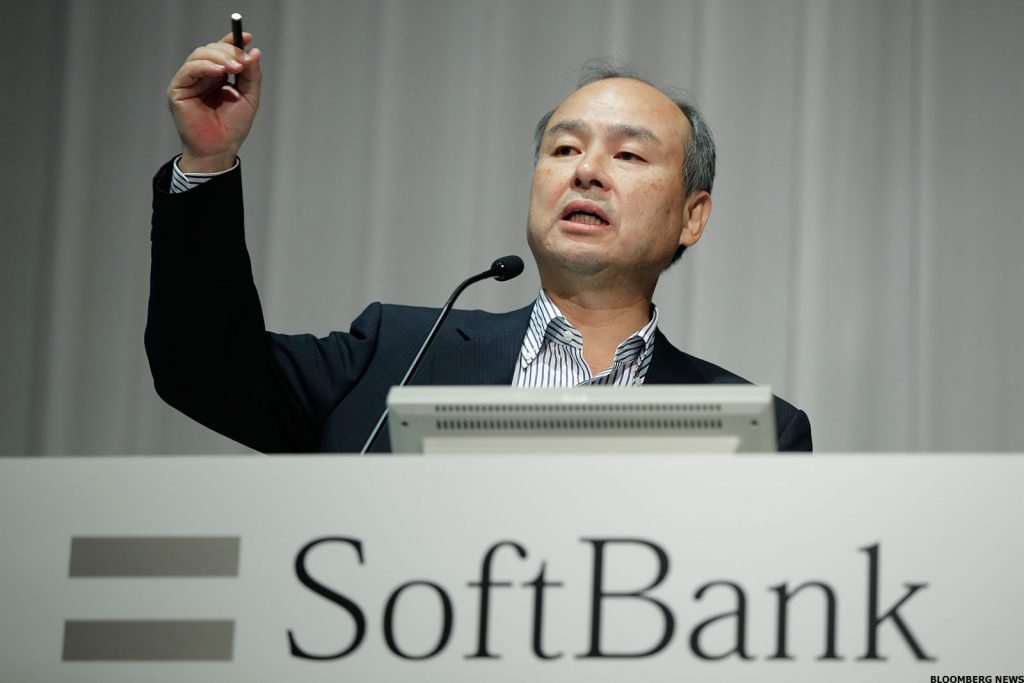 Now, before diving into Masayoshi’s cauldron, again another important matter of interest. Not long ago, Son had committed to invest $10 billion in startups in India. So far, SoftBank has already invested $7 billion in the last four years. Also, during his recent trip to India, he said, “We would definitely overachieve on our commitment much ahead of time and at a much bigger scale.” So things seem to brighten up for us from SoftBank’s side.

Taking one startup at a time, we all know about SoftBank’s $2.5 billion investment in Flipkart for a reported 20-22% stake in the company last year. And now, post the Walmart-Flipkart deal, reports suggested that the stake was now $4 billion. That means $1.5 billion profit in one year. Either Son is good at calculations or he can predict business deals. Talent, that man has! However, as mentioned above, SoftBank has invested helter-skelter in any startup it could lay its hands on. 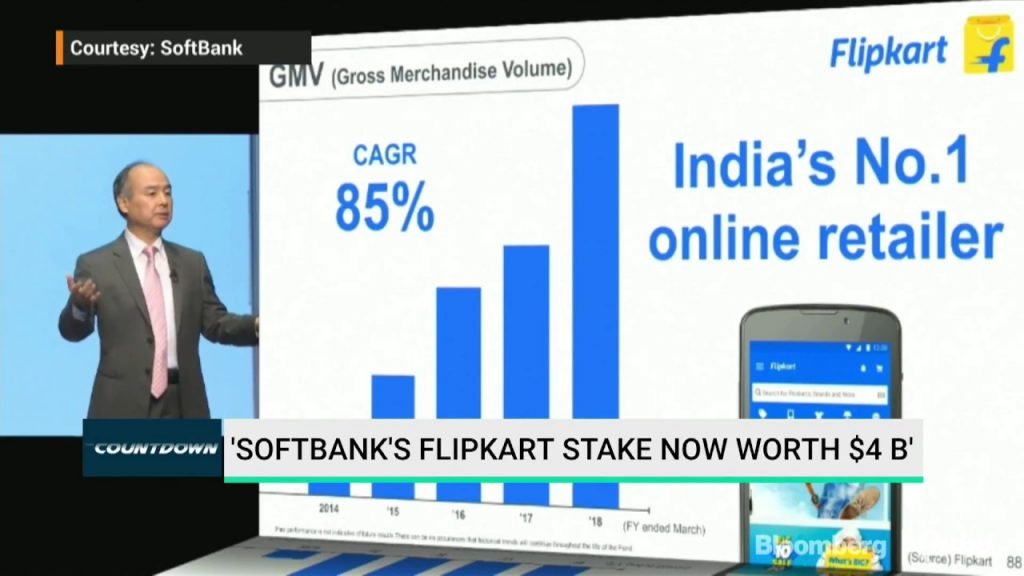 Since SoftBank is fearing that it may have to bow out of Flipkart soon than expected, it is considering selling its Flipkart share and settle for the profit which is also not bad. But there is a catch. Since Flipkart is registered in Singapore, any company making profits off it has to pay a capital gains tax. And if SoftBank sells its shares for $4 billion before August 2019, it will be liable to pay a tax of 40% on the profit which amounts to $600 million. Oops! Didn’t think it through, did you?

Further, while SoftBank is considering selling its Flipkart stake, Walmart reportedly will not have any issue if the second-biggest shareholder SoftBank stays on as an investor. It won’t make any “material difference” to Walmart even if the Japanese firm goes through with the sale, reports added. What sass Walmart has now that it has got the biggest player at hand!

Meanwhile, SoftBank had been investing in Paytm’s marketplace called Paytm Mall in intervals. Recently, SoftBank and China’s Alibaba together invested $110 million in Paytm Mall. The latest funding was the third of the four tranches of its larger $445 million funding round, according to filings. This round raised SoftBank’s stake in Paytm Mall to 11.99%. 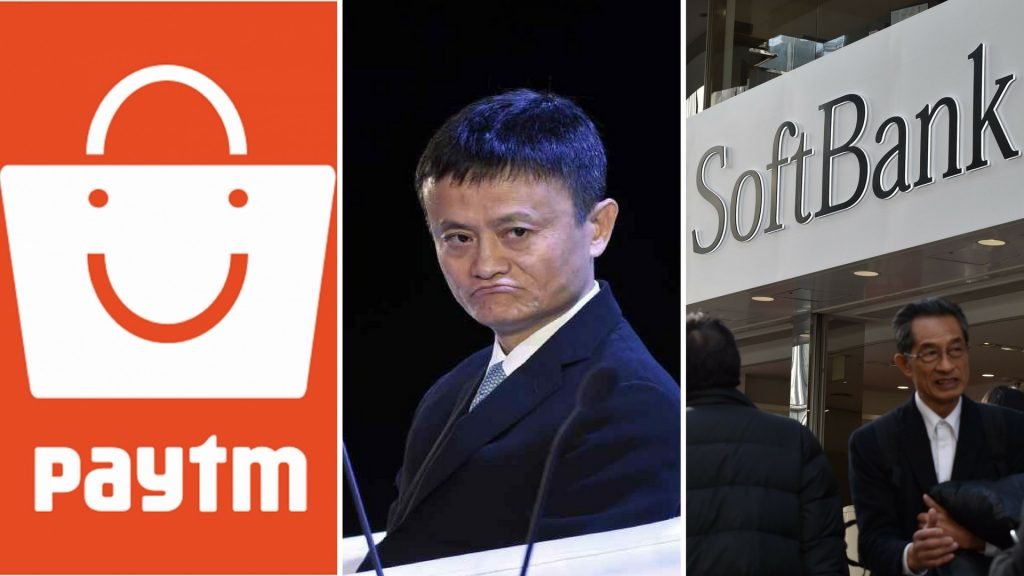 However, reports claim that since SoftBank is expected to exit Flipkart, it doesn’t want to exit the Indian market. The next best thing, Paytm Mall and thus SoftBank is in talks to put $3 billion in the marketplace! But sadly, in lines with the recent Walmart-Flipkart deal agreement, SoftBank can g    o ahead only when it exits from Flipkart. A clause in the Flipkart agreement restricts SoftBank from investing more than $500 million in Paytm Mall until 2020, according to reports. How sad is this for the investing machine?

There were also reports claiming that SoftBank was close to investing $200 million in Indian online insurance aggregator PolicyBazaar. PolicyBazaar might hit a valuation of $1 billion after the funding round, the reports further said. SoftBank has a Midas touch, every startup becomes a unicorn once they invest. 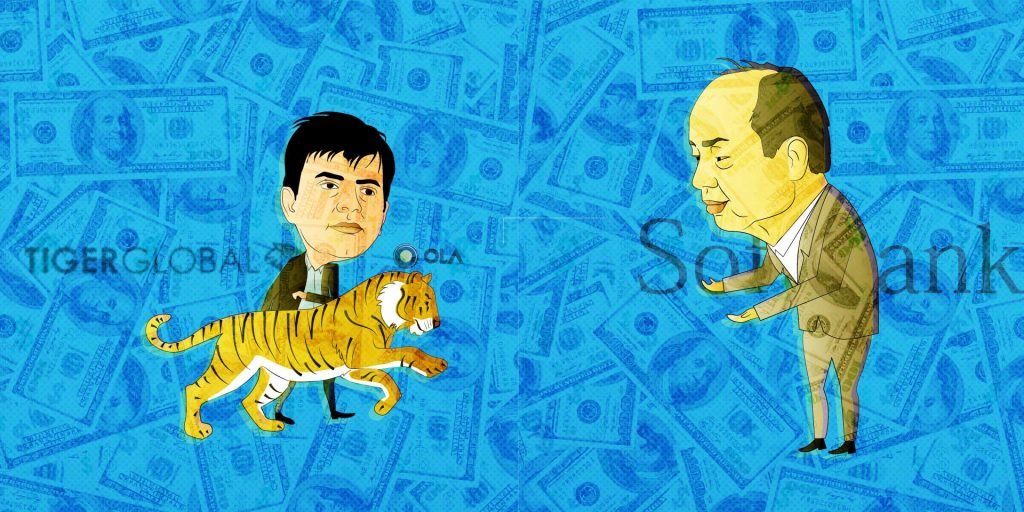 Trying to find some funny elements in the case of SoftBank’s rampant investments. It has come to light that SoftBank is reportedly in talks to buy Ola shares from investor Tiger Global even after Co-founder Bhavish Aggarwal blocked the proposed deal last year. Tiger Global partner Lee Fixel reportedly resigned from Ola’s board after the deal was blocked. Tiger Global owns 16% in Ola while SoftBank owns 26-27% stake in the company, according to research firm Tracxn.

The deal with Uber

Naming off others, a SoftBank-led team of investors had offered to buy shares of cab aggregating startup Uber at 30% less than its current value. SoftBank’s offer will value Uber at $48 billion, compared to its recent valuation of $69 billion. It was expected that SoftBank-led coalition would buy at least 14% of Uber shares from existing investors if the deal went through. 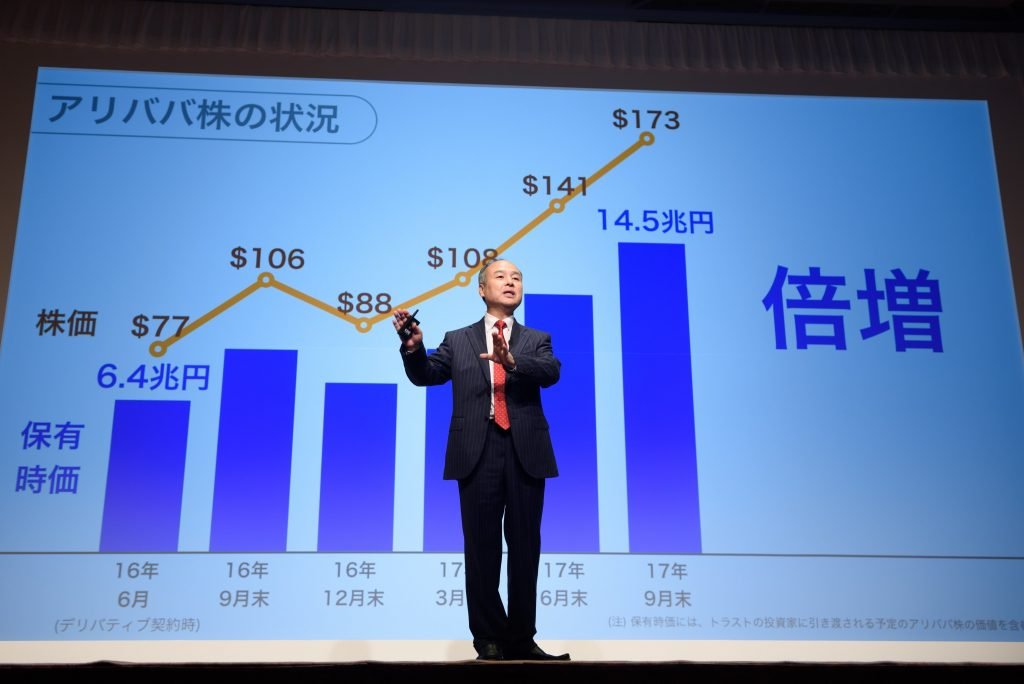 However, when the deal did go through, Uber raised $1.25 billion from SoftBank at the earlier valuation of $68 billion. Further, Uber stock worth $8 billion was sold to the SoftBank-led group of investors at a discounted valuation of $48 billion. As per the deal, the investors owned about 17.5% of Uber, with SoftBank held the largest stake at 15%.

The deal with Grofers

Also, Gurugram-based grocery delivery startup Grofers raised ₹400 crore in a funding round led by Japanese conglomerate SoftBank. The round, which saw participation from investors including Tiger Global, reportedly pitched the startup at a 20% lower value to $300 million. With the round, SoftBank’s shareholding in the startup rose to as much as 35-40%. 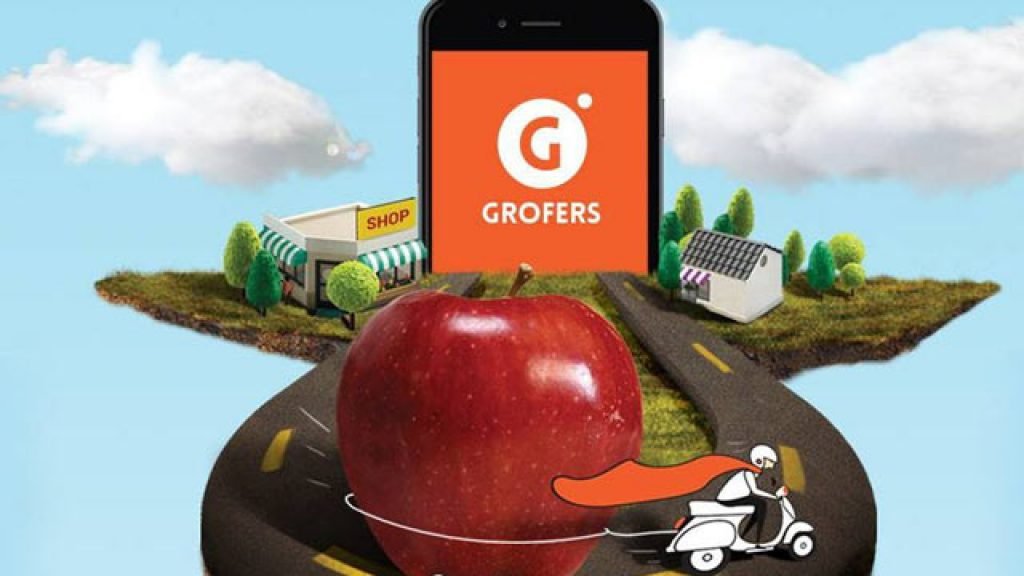 It’s not about taking a bunch of dollar bills and spreading them around. SoftBank’s approach isn’t to bet on every odd number on the roulette table.

Now, not only Son, his brother Taizo Son also turned his eye to the Indian startup ecosystem. Last year, he launched a startup accelerator program called ‘Gastrotope’ in India. The startup aims to invest in agri-tech and food-tech startups, including food transportation, processing and delivery. Gastrotope was launched in partnership with Son’s startup incubator Mistletoe, GSF India, and Infobridge. 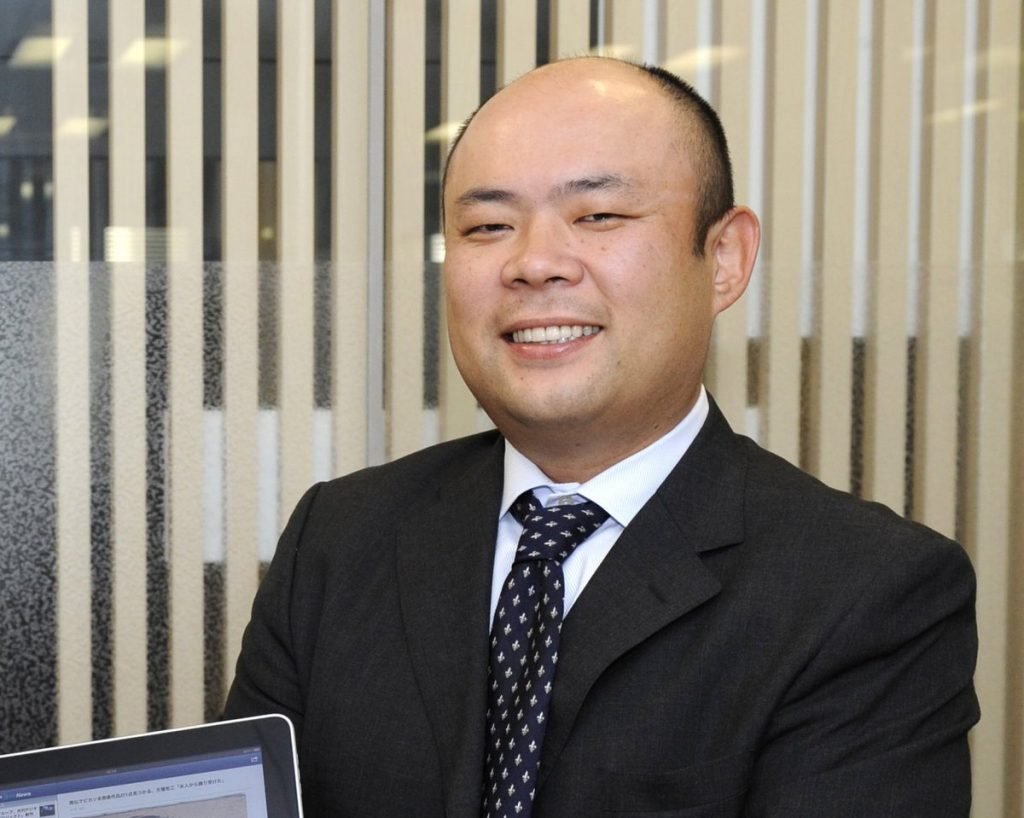 Given the amount of money SoftBank has accumulated, it is only natural they plan to throw it around like playing “roulette”, as the company’s MD was so kind to point out.

I would only hope the company has as spectacular returns as its investments. For the company’s high investments are raising valuations ridiculously high and definitely disrupting the market.