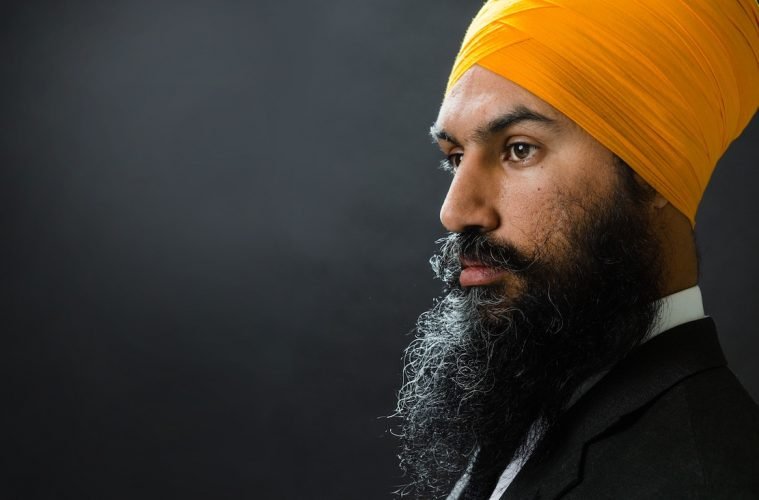 Say Hello To Jagmeet Singh: The Dashing Sikh Politician Who Could Be Canada’s Next PM

Jagmeet Singh, a 38-year old charismatic Sikh with Indian roots can become the next Prime Minister of Canada. Born in Scarborough, Ontario, to immigrant parents from Punjab, Jagmeet Singh aka Jimmy Dhaliwal is a Sikh Canadian politician who became the first non-white to head a major political party in Canada. He has been elected as the leader of the New Democratic Party (NDP) to lead it into the 2019 elections. He is being staged against current Prime Minister Justin Trudeau’s Liberals.

There is a fair chance of him becoming the first non-white Prime Minister of Canada. He was working as a criminal defense lawyer before getting into politics. He can fluently speak Punjabi, English, and French.

Jagmeet recently rose to fame after a video of him trying to pacify a woman heckling him on stage during a public meeting in Brampton with his calm approach went viral. In the video, he was seen telling the woman about love and courage and hence putting his campaign slogan “Love and Courage” into action. 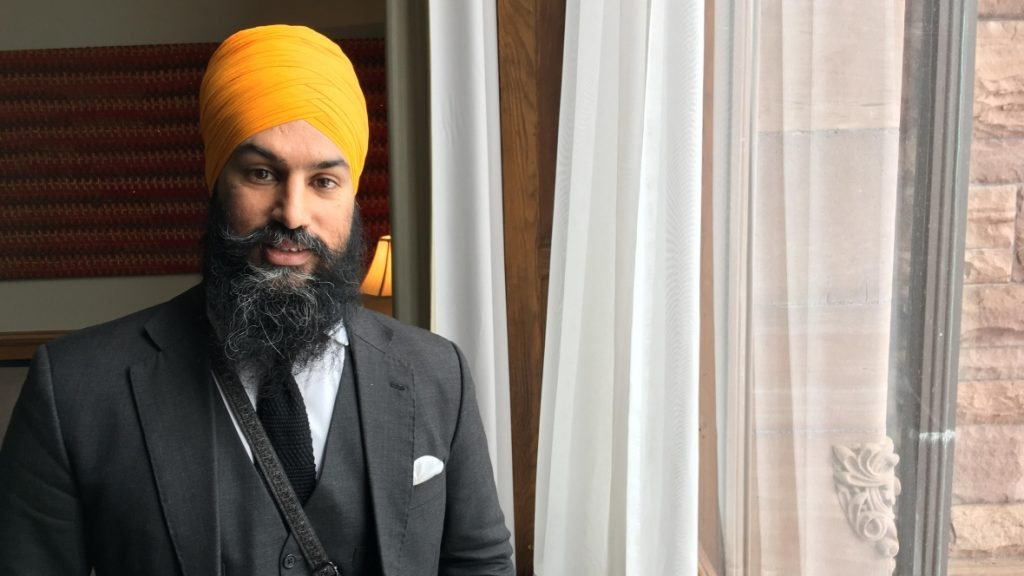 Born and Raised in Canada

Unlike most of the Sikh Politicians in Canada who migrated from India, Jagmeet Singh was born raised in Canada. He was born in 1979 in Scarborough, Ontario. Being born and raised in Canada, he has the firsthand experience of the problems faced by common Canadians. Especially members of the minority community and immigrants.

His father Jagtaran Singh, is from Thikriwal village of Punjab’s Barnala district. His mother Harmeet Kaur is from Ghudani Khurd village near Ludhiana. Being a minority, he was targeted and bullied for his “funny sounding name, brown skin, and long hair”. Such incidents in his childhood made him turn to learning self-defense. He learned martial arts and became captain of his high school wrestling team. He is also a champion in Brazilian Jiu-Zutsu.

His life as a lawyer

Jagmeet obtained a Bachelor of Science degree from the University of Western Ontario in 2001. He then went for Bachelor’s Degree in Laws from York University’s Osgoode Hall Law School in 2005. Jagmeet worked as a Criminal Defense Lawyer in his early career, before entering politics. Jagmeet also offered free legal rights seminars across Ontario. He also provided pro bono legal counsel for people and community organization in need.

His life as a politician

“I also realized I wasn’t alone. I saw kids around me — kids no less capable, no less worthy of respect and dignity—who were not in a position to follow their dreams, simply because their families couldn’t afford it. That struck me as incredibly unfair.”

He has established himself as a defender of the rights of refugees and immigrants and LGBT community.

His public image of a modern, positive politician can revive and transform the NDP. A party perceived as the “Conscience of Parliament”. Before he became the face of NDP, the party has been struggling since the demise of its former leader Jack Layton’s in 2011.

Jagmeet Singh, who led the fundraising campaign of the party, was elected leader of the NDP after his leadership victory on first-ballot against three NDP candidates with 53.6 percent of votes.
NDP national director Robert Fox called the victory for Singh a “game-changer” for diversity in Canadian politics. He has already begun his campaign to become the next PM of Canada.

His three-piece suits and colorful turbans give him a distinct look. His sense of style and calmness makes him stand out from the crowd. From GQ to Toronto, a number of Magazines have featured him for his impressive personality. In an interview with American magazine, GQ, Singh talked about his sense of style and he revealed how his personal style, the colorful turbans, and the tailor-made three-piece suits are a part of his political brand. He is media savvy, has a large following on social media as well as in real life. 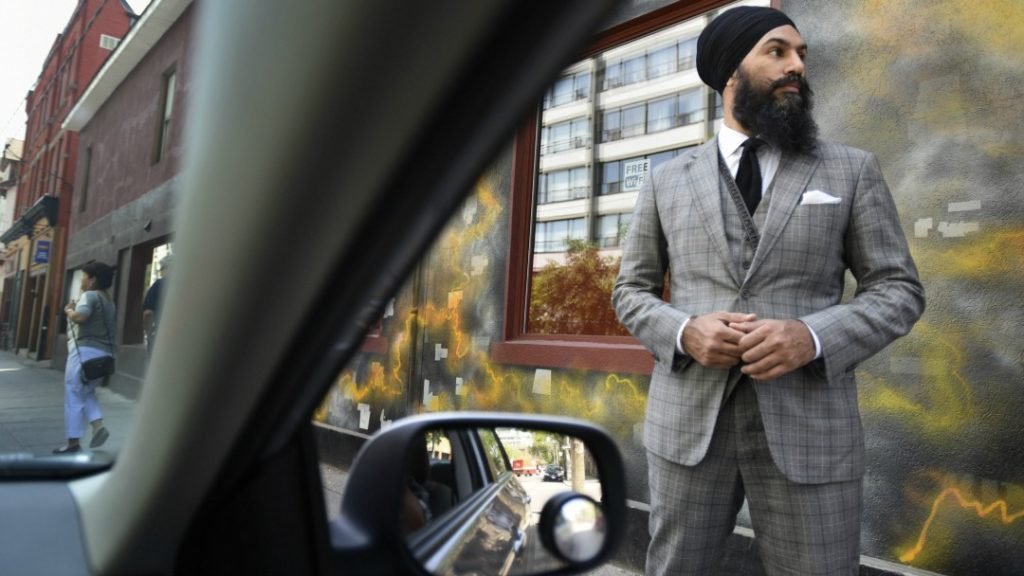 The video of a woman shouting at him, accusing him of supporting Muslim Brotherhood and Shariah law at the public meeting event ‘JagMeet and Greet’ went viral a few days back.

Jagmeet has demonstrated his excellence in handling delicate situations with a calm approach. By supporting many disputable matters openly like decriminalizing personal drug possession regardless of the drug and treating it as a medical issue, LGBTQ Rights, Progressive tax system, he has cultivated an image of a modern positive leader.

With an influential personality and a substantial number of followers, Jagmeet Singh is surely going be a strong contender in the Federal Elections in 2019 and who knows, maybe a possible replacement for Justin Trudeau!