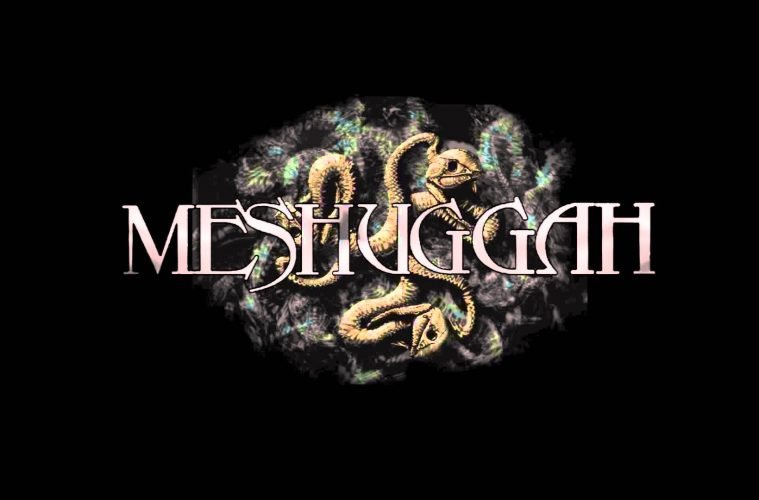 My grandparents love to describe the intricate details of their lives before they moved into the city. One of the most amusing accounts is the one about waking up to the chirping of birds. Sometimes I wonder if I should go ahead with adopting a rooster for helping me overcome my penchant for procrastination and oversleeping. Till I work on that plan, Meshuggah will have to do the job for me.

‘Djent’ is a word used to describe the sound that guitarists make with a little palm mute and really heavy distortion (tube amps for that heavy tone). This peculiar sound has been in existence since the glory days of Black Sabbath, Megadeth and others. Unfortunately, nobody noticed it till the 21st century.

Meshuggah was formed in Sweden. They took the marketing gurus very seriously and created demand for something unique, contrary to fulfilling it. Vocalist Jens Kidman, drummer Tomas Haake and guitarist Fredrik Thordendal rode the underground music scene prevalent in 1990s. They formed the band ‘Meshuggah’ which means ‘crazy’ in yiddish (language of ashkenazi jews). Later on the trio was joined by the bassist Dick Lövgren and rhythm guitarist Mårten Hagström.

They are a classic example of the difference between the bands which are ubiquitous at this moment of time, who are driven by avarice and those who choose to develop their niche and changing the world.

They have been around since 1989 and still have not gained any commercial acclaim. On the other hand, if you ask any well informed metal-head or musician, you will see that they are all huge fans of Meshuggah. Demiurge and Do not look down are the most popular songs from their commercially most successful album Koloss.

They had started off with standard tuned seven string guitars. Then eventually they started using down tuned eight string guitars. Today, they have their own signature guitar range which is the Ibanez M80M. 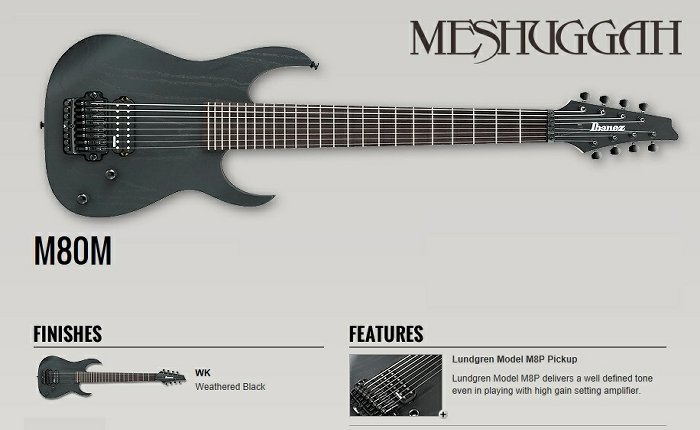 I do not have anything against drums which are less complex or mainstream. Truth be told, one of the highest earning drummers have made a fortune with just those ‘easy’ drum rolls. The point is not to show off, but to contribute to the composition’s demand.

With Meshuggah or any other progressive band the difference is that they have very complex time signatures. Some even have mathematical formulas (yeah imagine learning algebra and drums in the same class).

The fun fact about Bleed is that the guitarist of the band Fredrik Thordendal came up with a very cool riff. He showed it to the drummer Tomas Haake and asked him to work on it if he is interested. Tomas agreed and started programming the drums for the song. Once it was done they decided to jam on that song, but here Tomas faced one of his worst fears. He could not play the song on drums.

He tried a lot and eventually gave up, saying the song is impossible. The band gave up on the possibility of finishing the song. Tomas, however, never gave up. He kept practicing with the aim to cope up with the complex double bass pedaling. Finally they recorded the song which was one of their highly acclaimed song.

During the NH7 weekender, I had the opportunity of experiencing Meshuggah live in Greater Noida. They were touring for their latest album Koloss. When all of the songs from that album were done, the crowd started chanting “BLEED!!BLEED!!!BLEED!!!”. The band was kind enough to play it for us. Boy oh boy, was that some performance! The sound of the entire band was so low (I mean the tone of music) that it overwhelmed the entire crowd and mini mosh pits.

The vocalist Jens Kidman has his own unique talents. Vocal lines are the progressions which the vocalist uses to fit the lyrics in the song structure. Most of the bands have similar vocal lines in all of their songs. However every song of Meshuggah is unique in every aspect. Drawing their inspiration from bands like Tool, we see uniqueness in every song of this band.

Being a fan myself, ‘New Millennium Cyanide Christ’ tops my all-time favorite list. What attracts me to that song are the vocal lines and composition. The vocal lines have abrupt pauses, which break the monotony of the song. Interesting thing is that the band never loses momentum. Jens Kidman deliberately made vocal lines that resemble barking (no pun intended).

If you have wannabe friends who love head banging every time some rock song comes up, ask them to try doing the same to any of Meshuggah’s songs. Tip- record their painful ordeal for future references, comebacks or your sadistic pleasure.

Haake is responsible for most of the band’s lyrics, and he does an excellent job. Would you believe me if I told you that English is not their first language??

Meshuggah as a band has gained the respect of a huge number of musicians. Even when they are a name to reckon with in the underground music scene, they are relatively unknown to the mainstream music scene.

Love them or hate them, you have to admit that this band has inspired a generation of musicians and have no intentions of stopping or slowing down.