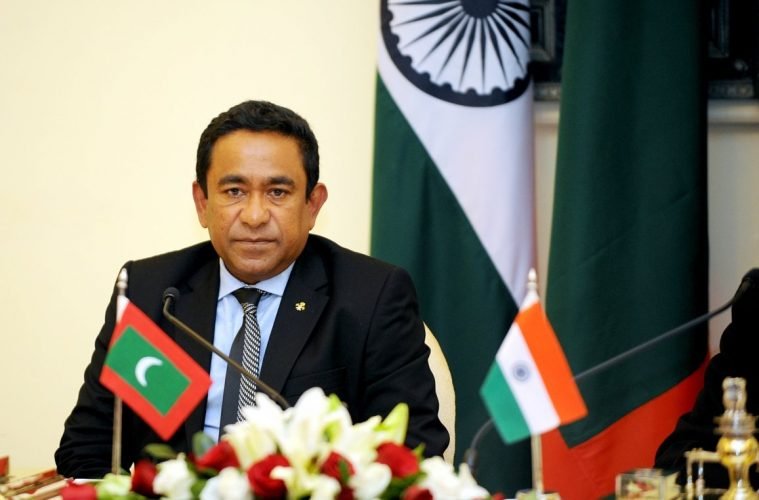 India and Maldives are a conundrum in regional politics internationally. Both nations established diplomatic relations after the independence of Maldives from British rule in 1966. While India might consider Maldives in the same light as say, Bhutan or Nepal. Maldives thinks much more differently. And it hasn’t shunned away from showing it to India.

Past friendship between India and Maldives 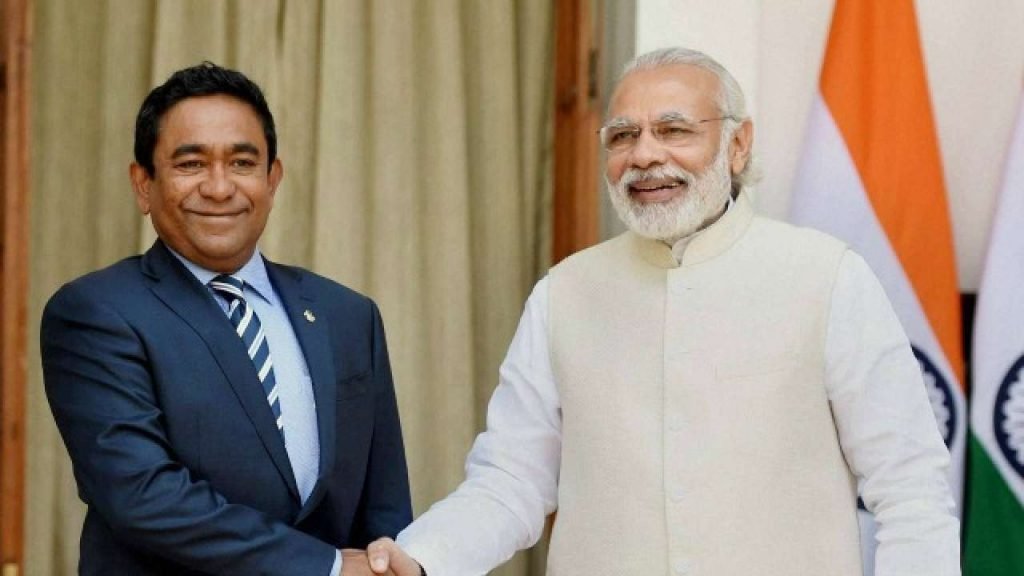 I was a young child when my father’s colleague, an army veteran, used to tell stories of Sri Lanka. He was deployed as part of IPKF or Indian Peace Keeping Force sent by Rajeev Gandhi to curb the Tamil Tigers he had himself reared.

He talked about the time when more than a thousand Indian troops went into Malé and helped to end an armed insurrection against the Maldivian government. It was one of the highest points in the relationship between the two countries. The trust established by this single action of India set off a series of events and a friendship seen rarely.

It all went down the drain recently. At the start of February 2018, the Supreme Court of the Maldives directed incumbent President Abdulla Yameen to release nine political prisoners, including former President Mohamed Nasheed. The basis for this judgement was that the cases against these people were politically motivated.

The Court also instructed that 12 members of Parliament, who were earlier stripped by President Yameen of their positions due to defection, should be reinstated. A few days later, instead of complying with the order, Yameen declared 15-day emergency and had two judges and another former president, his half-brother, Maumoon Abdul Gayoom, arrested.

Making headlines for all the wrong reasons

All of India’s efforts with President Gayoom and Nasheed in establishing a legitimate democracy in its own background have gone awry. Yameen incidentally also has the support of the Chinese communists. They see this as an opportunity, for firstly, flipping another of India’s close ally into a hostile state.

Another intent is to prove that when democracy can fail in the world’s largest democracies backyard, what about the rest of the world. Almost like Xi is cheering on Yameen to pick up his dictatorial tendencies. But India cannot and should not find this acceptable.

Military action like Operation Cactus is not possible now. Back in 1980s Chinese PLA Navy was a joke unto itself. Now with blistering frigates and submarines in the immediate vicinity of Malacca and in the Arabian sea, any military intervention can bring India into direct conflict with the Chinese. Conduct of Yameen in this regard hasn’t helped either. From tacitly refusing India’s advice to ignoring India’s invitation to a naval wargame. The Maldives is acting in a belligerent fashion.

China, on the other hand, seems to be having a great time dividing up India’s close friend. Its unofficial policy of the ‘String of Pearls’ strategy of surrounding India with hostile neighbors fits this agenda perfectly.

Constant provocations of surfacing Ballistic missile submarines, money gifts to tinpot rulers and sheer manipulation of political situations to suit its plans. These are just a few ways China seems to undermine India’s power in its immediate vicinity.

Its utter humiliation in Doklam region of Bhutan, India’s growing closeness to Japan and the US, and its constant opposition to China’s hegemonic designs have left China fuming. They seek to settle their score here, seeking to destroy Delhi-Male detente.

Hostility at its peak

What are the domestic implications of this? Firstly it comes as the direct test to Modi’s look east policy. A rogue state in its own backyard cannot be tolerated. A member of SAARC and an immediate neighbor, Maldives has to be put in its place soon and strongly. Whether we accept it or not, India has a very major role in establishing democracy in the subcontinent.

Maldives has to be shown the implications, both moral and otherwise of discarding a state structure which has been so painstakingly cultivated by India in its territory. Democracy wasn’t easy in Maldives. A country facing one of the strongest impacts of climate change cannot depend on China which doesn’t see Maldives as more than another nuisance it can create for India. They have their naval bases in Gwadar and Djibouti. A little island nation receding into the sea won’t have many strategic implications for China. 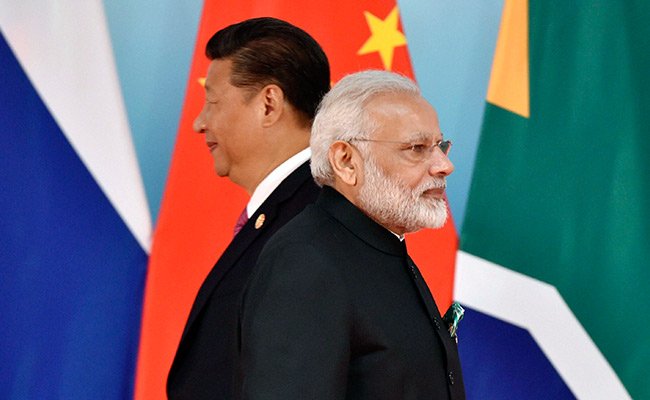 Unlike China, India is a true friend

India, on the other hand, sees Maldives as a moral responsibility for itself. Nowhere has India’s good intentions been shown as they have been in the Maldives. A few years back Maldives ran out of drinking water. Immediately Indian transport aircrafts, helicopters and ships laden with water started arriving at Male.

If we can quench your thirst, we can also prop up your democracy. But without the intent and the will to accommodate an opposition, the present Maldivian government is hard to reason with. Until and unless democracy is on the table, India should not and will not sit on it.

For Modi, this comes as a rude shock. Hosting ASEAN leaders on the Republic Day, hosting Netanyahu, and then sending a strong message to Canada. It has been a good year for Indian diplomacy. This crisis has a bad timing for him too. Nirav Modi scam, the cacophony over Rafale aircraft deal is hurting his prospect for 2019 dearly.

If this crisis goes out of hand, it might hurt the one thing he has successfully negotiated all these years. Hence a swift and preferably diplomatic end to this crisis is necessary.