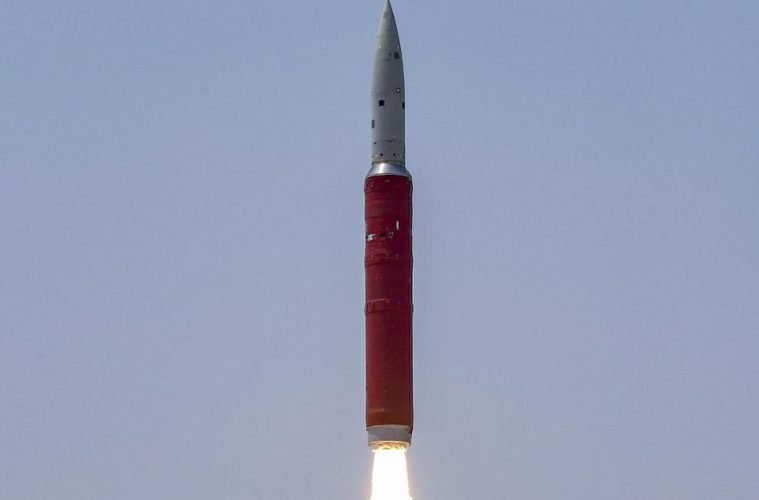 The era of a pro-active government with an unflinching political audacity is every libtard/pseudo-liberal’s nightmare. However, this is also the time when this unworthy faction finds a way to flourish the most. We are a part of a world that is flourishing on the word “condemn”. This however means that sifting through evidence is often forgotten. To critique is a valuable attribute, but it loses its charm when everything is forced down with a grain of salt. Even when something is sweet. I am talking about the seasoned libtards here. I am talking about the category that still musters up the courage to be upset in the face of progress. These “liberal”/ “leftist” views are turning out to be more and more far from the ground reality. This then exactly takes a 180 degree turn on the badge of  responsible Indian citizen, in their case.

What Is This About

This is not just a personal rant but the voice of those who delve deep into facts. People who strive to stay away from bias. People who are able to sift through the public social banter and understand the geo-political environment.

So, when someone like me learns about Mission Shakti, my reaction is pride. The successful test of an A-SAT (Anti-Satellite) missile by the DRDO along with ISRO, is a win for the nation. As on March 27, 2019 India is capable of successfully targeted a satellite which is orbiting at an altitude of 300 km in the lower earth orbit (LEO). 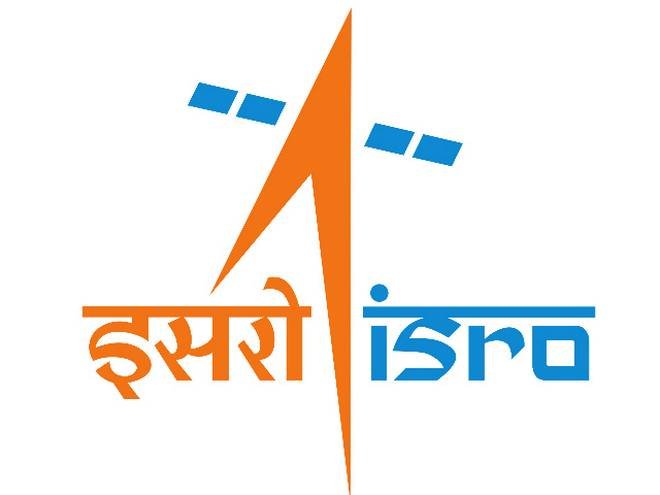 Post a successful test, PM Modi in his address congratulated the nation and announced that this capability has not been accessed to threaten any nation. The test does not breach any International Law. And this places India in the company of the only other nations with this capability: US, Russia and China.

Moments after this announcement the political jokers, libtards, pseudo-liberals and random hay ‘wire’ journalists went berserk. They literally chose the thinnest argument they could find to discredit Mission Shakti. While Rahul Gandhi’s reaction was very surprising to the extent that he was aware that today was World Theatre Day. But sadly he missed to congratulate his party’s spokespersons who act everyday on news channels at primetime.

Ofcourse, the nation knows that the INC starts from Indira Gandhi and ends at Rahul Gandhi and cares only about the money for the Gandhis, by the Gandhis of the people of India. Speaking of ancestors, Ms. Priyanka Chaturvedi, another INC theatre artist suggested that because Pt Nehru established the Indian Space Programme and ISRO was set up by Smt. Indira Gandhi brick by brick, this mission was possible. Perhaps, the DRDO and ISRO offices are still enchanted by the soul of these two leaders of our country. The souls are still guiding and leading the scientists to continue testing path breaking technologies. Nuclear tests in Pokhran and now the A-SAT missile test are shining examples of this.

Now if I am talking of irrational comments then I should mention Mamta Banerjee’s tweet. It struggled hard to find a logical sense and failed miserably. First of all, nobody stated that this mission was a result of a flash of second. I mean, it is obvious that such sophisticated missions takes years of hard work. But the real point is who has the nerve to boldly face the international and sadly domestic political repercussions of such missions? The answer is anyone but Mamta Didi. She is clearly primarily occupied in polarising the people of her state. Ofcourse then issuing dictatorial orders to arrest innocent CBI officials dispensing their duties without any procedural compliance, is important. No one should question then, that how a resultant state of emergency in the state is supposed Central government’s “high-handedness”.

The Need For The Tests

Mamta Banerjee further mentioned that there was no urgency of conducting and announcing such tests which is again an unsubstantiated opinion. The true case on ground is that China conducted A-SAT tests not just in 2007 but also in 2013. This has put India in a precarious position which even the US Intelligence has observed as a worrisome factor. ASAT weapons technology creates a number of threats such as cyber-attacks, jamming of satellites and hindering communication with troops. India has emerged as a major space power in recent years as far as space technology is concerned, because of ISRO.

In such circumstances, it was necessary for India to not only develop but also test A-SAT weapons technology in order to create a deterrent effect. This is a valid logic for urgency of conducting these tests. That the announcing happened at a time before the general elections makes it is safe to say that some parties are not creating voters by facilitating their illegal immigration. They are rather trying to work for the legit voters of their country and win their confidence.

Akhilesh Yadav was quick to tweet about more pressing issues like women safety, rural crisis and unemployment. And ofcourse how the PM is trying to steer off the attention of the people by “pointing at the sky”. Thus according to Akhilesh Yadav all of the India’s population should be working in the fields of the above mentioned issues only. The scientists, doctors, lawyers and other professionals should drop their occupations and perhaps only focus on issues of Yadav-Muslim appeasement, Gundaraj and other political traits of the “star” campaigners of the Samajwadi Party.

A holistically equipped and eager India which puts no one before national interest is a clear threat to the political parties. Especially the ones who in all these years of independence have garnered votes only through caste/religion-based polarization. Thus we see that once bitter opponents are now joining hands and singing the songs of Mahagathbandhan. The sole motive being to defeat Modi. Now if this proposition is taken seriously then the election manifesto of the Mahagathbandhan will be as short as this bizarre political arrangement.

Another clerical objection came from one of the 45 INC MPs, Ahmed Patel who stated that it was the visionary leadership of Dr. Manmohan Singh the hitherto PM which led to the A-SAT to its fruition. To put the facts across, in 2012 the former DRDO Chief Dr. V.K Saraswat during the UPA regime stated on record that;“In 2012, obliquely I had given a hint that India has the building blocks for doing the ASAT systems. That was a time when, as part of the BMD program, we were working on how to create the ASAT capability. Because in 2007, China had demonstrated the interception of a satellite. We did our simulations and based on those simulations, we said that we had the capability.”

He further added that certain technologies were not available yet then. They have been developed since Narendra Modi came to power in 2014. He stated, “But there were elements of technology in those days which were missing. And in the last four years, I would like to give the credit to Honourable Prime Minister Modi for giving DRDO scientists the clearance to build those building blocks which were missing and realize the ASAT system. Because of that kind of clearance and push, the DRDO scientists have been able to integrate today a very potent ASAT missile which is in a position to intercept a Low Earth Orbit (LEO) satellite with high precision.” 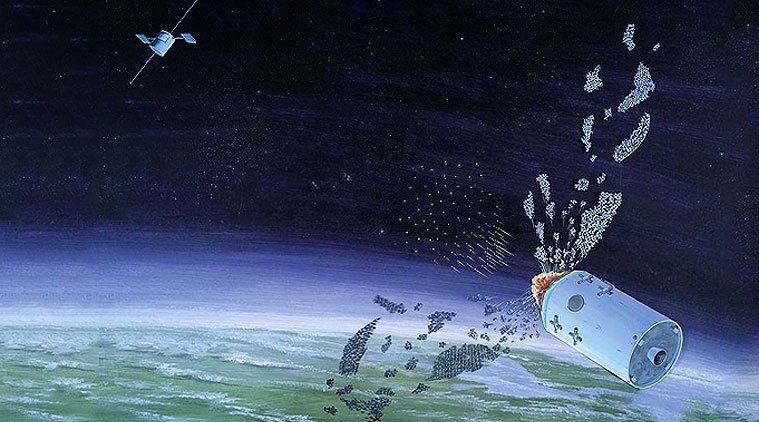 This reiterates that inspite of having the technology and capability the A-SAT missile test could not be conducted in 2012-13. The lack of the requisite courage and resilience in the government is spoken of. Also, a lack for the want of proper foreign policy which could give India political superiority to develop and wield such necessary technology.The chain of events in the preceding months have more or less made every Indian aware of the need of a powerful security.

This security set up can most ably defend our country’s interests. Proactive efforts towards enhancing India’s security have been the trademark of the NDA Governments. This can be affirmed by the action of our late PM Atalji. He convened the ‘operation shakti’ at a time when it could and did invite sanctions from Japan and USA. Even resistance by foreign government failed to deter Atal Ji from conducting these game changing nuclear tests.

What Do These Tests Mean?

After the test, India has established itself as a credible regional power and paved way for taking role as a formidable force in the world. These test mark the beginning of India’s rise as a global power. The same aggression and firm stance against foreign aggression can be seen in PM Modi as well. Be it destroying the enemy by delving deep into its borders or by weakening it through international pressure; the Modi government has the right medicine for every eye sore affecting India.

Adding A Feather To The Hat

Mission Shakti is another feather in the NDA government’s hat. Its success states that no matter what state or stage our country is in, we are incessantly working towards bettering our scientific and defence capability. This Mission has also put us in the elite group of countries. We now boast of possessing this technology alongside US, Russia and China. This bold move not only signifies our readiness but also our endeavour to protect our ground. Last but not the least dear libtard, consider this as a reckoning call. The government today is not as feeble as its successors. It will not bow down before any internal or external coercion. It has clearly put the message out to the public. And that message is that nationalism is not a trend, it is a virtue of the highest order. Of this perhaps, you need to be schooled.