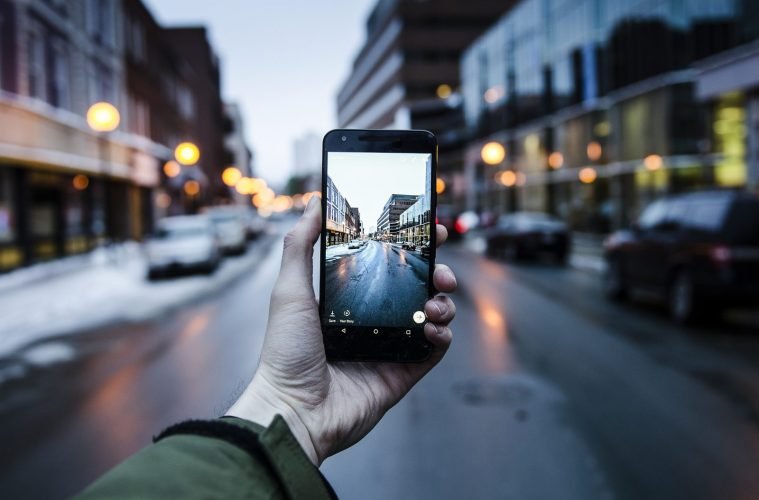 Smartphones today have become an integral and inseparable part of our lives today. They are fast, reliable and extremely powerful. An operating system, simply put, is an interface between the mobile’s hardware and the software. The stylish new dual cameras on your phone will be of no use if the operating system (eg Android) fails to harness the power of the hardware with software. The technicalities of mobile operating systems are a bit dull so let’s call them magic instead.

Today, Android and iOS are the most popular operating systems. They account for about 99% of the OS market share. In the bygone era, some 5-8 years ago that is, a lot more operating systems were vying for the users love and acceptance. Samsung’s Bada OS, Nokia’s Symbian and Series 40 operating systems were some of those that perished. A few different OS will be releasing this year or the next. Google’s Fuchsia OS is the more interesting project in the open source community.

Let’s have a look at what OS looked like in the past, the state of the current ones and how the future OS will be different, if they are, at all. 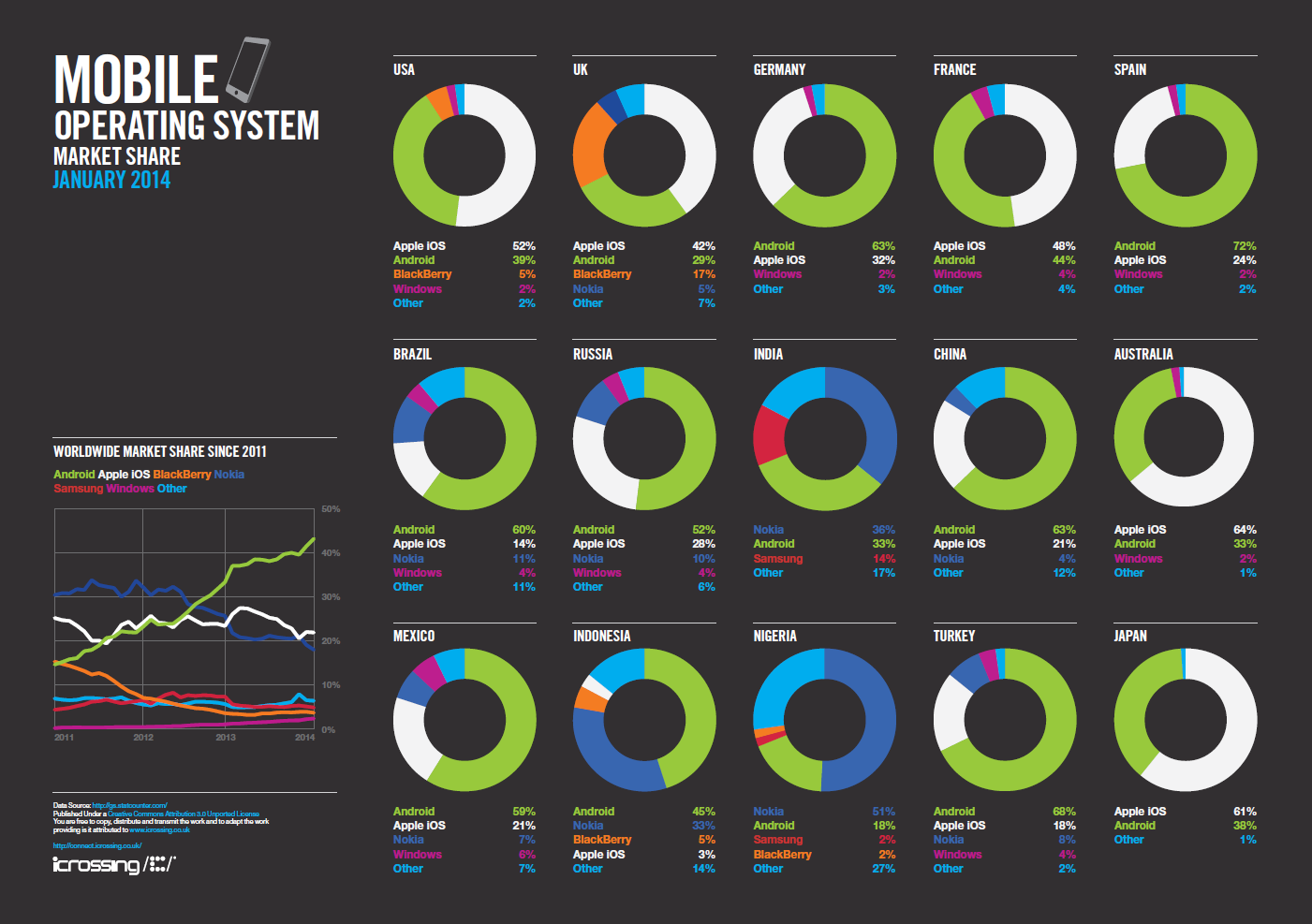 Operating Systems of the Past

Samsung Electronics developed Bada OS for their smartphones and tablets. The OS was introduced by Samsung at the Mobile World Congress in 2010. Wave S8500 was the first smartphone powered by Bada OS.

While Android was in full swing with a vast library of apps on its store, Bada suffered from a closed ecosystem with only a handful of apps on the Samsung Store. In 2013, Samsung decided to terminate Bada brand and merged it with the Tizen OS.

Much like Nokia, their pet OS Symbian was the king of the previous decade of smartphones. Symbian was there when handheld phones were conceptualized. It was the OS of choice in the candy bars, flip phones and the bulky hammer-esque Nokia 3310 like phones.

Although it’s still alive in some low-end phones, the OS was discontinued in 2014, running out of steam when Android and iOS became popular.

Series 40 was another one of Nokia’s OS that ran on their mid-tier phones including the Asha series. S30, S60, S80, and S90 were some other OS running on various Nokia devices.

MeeGo was an operating system developed by collaborative efforts of Nokia, Intel, and the Linux Foundation. It was the combination of Nokia’s Maemo and Intel’s Moblin projects. MeeGo was designed as an OS for a wide variety of mobile and consumer electronic devices, from smartphones to netbooks etc.

It was introduced in 2010 but a year later Nokia and Linux Foundation backed out of the collaboration leaving Intel alone on the project. Another operating system, Sailfish OS, rose from the ashes of MeeGo.

Windows account for over 90% of the market share as far as the Desktop PC space is concerned. Naturally, they decided to try their hands in capturing the smartphone market as well. Windows Phone (WP) was launched in late 2010 with Windows Phone 7. WP 8.1 was the last update before the OS evolved to be known as Windows 10 Mobile in 2015.

Windows Phone and subsequently, the Windows 10 Mobile was the most exciting and refreshing operating systems after Android and iOS. They had a refreshingly new and innovative Metro style UI and a smooth and unique user experience. Live Tiles were a phenomenon that Windows’ mobile platform failed to capitalize on.

Windows Mobile OS suffered from a lack of apps in the app store. Developers soon showed a lack of interest in the promise of Windows application development. Eventually, in 2017 we were notified of the death of the Windows’ presence in the mobile OS arena.

The glorious reign of BlackBerry is long over. BlackBerry OS, that powered the first powerful smartphones of the previous era, passed away in 2013. Although, BlackBerry lives on, running on Android.

The operating system commands a whopping 0.0% of the market share owned by Android and iOS.

The Operating Systems arms race of todays is a two-way war between Android and iOS. In fact, Both OS together account for virtually all smartphones in circulation on the planet.

Android was first unveiled in 2007 but was developed by Android Inc, founded in 2003. HTC Dream became the first commercially available Android device in 2008. Since then the open-source OS has taken off to occupy the entire market, essentially. There have been numerous updates over the years with its latest iteration, codenamed Android P, is in the works.

The popularity of Android can be largely attributed to it being open source with the unbridled customizations available. Smartphone manufacturers release their phones with their versions of the stock Android. For instance, MIUI which is a stock firmware for Xiaomi smartphones and tablets. With no or at best marginal restrictions, Android opens up unlimited possibilities to how particular specifications can be exploited to enthrall the users. As a result, Google Play is filled with millions of apps catering to every possible use case scenario.

Android’s latest iteration, Android P will be releasing later this year. The name is still a mystery though.

Fun fact: Google names its Android versions in alphabetical order and after some popular desserts. It started with Android Cupcake (1.5) with the latest running version named Nougat (Android 7.0). According to Google, it’s just an internal naming convention with not much thought given to it.

iOS was first unveiled in 2007 with the first iPhone and is a proprietary property of Apple. It is exclusive to Apple devices including iPhones, iPads etc. iOS is the second most popular mobile OS after Android, though it accounts for only about 17% market share as compared Android’s 80% share.

Apple has always been one of the front runners in software design and iOS is a prime example of a sleek and smooth user experience. Applications are available of the iTunes app store and developed in Swift and Objective-C programming languages.

Google never announced Fuchsia OS’s existence. Tech nerds discovered it as a mysterious code on GitHub in late 2016. The prospect of the biggest tech giant working on an entirely new operating system blew the nerd’s brains off.

Fuchsia looks all set to go on to be a cross-platform operating system like Android, iOS with support on multiple devices. Dave Burke, Vice-President Engineering (Android) also mentioned that Fuchsia OS is a project independent of Android. It may or may not be competing with Android. It could also be a combination of Chrome OS and Android.

Fuchsia is still in a very premature and nascent stage of development. With nothing substantial coming from Google, it’s not clear what purpose Fuchsia will serve in the future. Android released after 3 years of being in Google’s grasp and 5 years after being in existence. Thus, it looks unlikely something will happen with Fuchsia in the nearest future.

Another mobile OS, Eelo is in the works. It is a free alternative to Google’s Android and places heavy emphasis on privacy. Although Eelo is based on Android, it will feature a redesigned launcher, icons and notification system. It will also let go of the Google Play store, which would mean a different application store.

Eelo launched a Kickstarter campaign to fund the efforts.