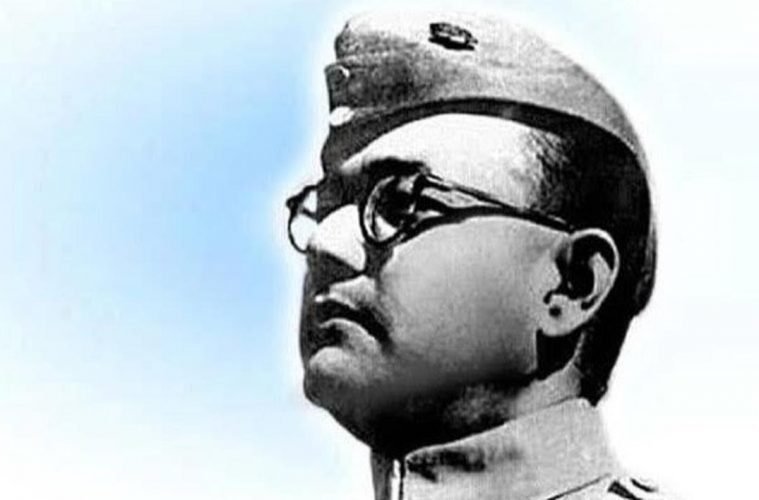 Mian Akbar Shah, the recipient, had never got a telegram from the Supreme leader. He is excited. Palpitating. But he knows better than sharing this news with anybody. He catches the earliest Frontier mail and reaches Calcutta in 3 days. Night at his hotel at Mirzapur street is uncomfortable. Unanswered questions keep him up. He knows he will get the answers next morning. Only if the night were not so long.

“I have to leave this nation now Akbar. You will have to help me. It’s getting unbearable here” said the frail leader lying from his bed. He looked weak and sad. His face had lost all the glow and was replaced by a thick unkempt beard. Voice was still the same. One which commanded respect. Akbar listened to the plan and dared to suggest a few small things here and there. He was then introduced to Sisir, a young boy of 20. They then left to visit ‘Wachel Molla’s’, the famous Mohammedan departmental store on Dharamtala Street. Important stuff had to be purchased. An order was also placed for cards of ‘Ziauddin, the insurance agent.’

Sisir understood the importance of this test. He was coming back from Burdwan, roughly 110 kms from Kolkata, in a German make Wanderer car. He mused at the name and started to think about the plan again. He was supposed to report the amount of fatigue experienced on the trip to his uncle. Secrecy and speed were paramount.

On the bright night, a middle aged man, who had a long beard, almost like a maulvi stepped out of 38/2 Elgin road with two other people in Kolkata. The moon made it difficult to walk without shadows. They had to be careful and make it to the waiting car before the CID spies came back on the street. Apart from CID, local police was also on their regular patrol. If they made it past them, their were spies in the organisation and family itself. Their Leader cannot be captured. The hold-all case was slipped into the boot and with occupants inside the car, they sped off. Car’s name was about to be put to test.

They could not take the Willingdon bridge near Dakshineshwar due to the toll installed and had to take a longer route, via the famous Howrah bridge. At one point the driver had to slam on the brakes just to avoid collision with a buffalo herd crossing the road. Car was full of nervous energy and nobody said anything. Soon they reached a small town in Present day Jharkhand- Barari. Sisir would drive the leader to Gomoh next day where at midnight his Leader and Uncle would catch Delhi-kalka mail.

Two people entered Kabul along with the hordes of other people. Younger one was Rehmat Khan Lalpure and the Older one was introduced as Ziauddin Khan Lalpure. When stopped by CID, Rehmat explained in fluent Pashto how Ziauddin is deaf & dumb and they are going to the shrine of Addashareef to seek Allah’s blessings for him. 5 minutes after the police went away, Ziauddin spoke, “Is the coast clear? Lets move soon…”

A few anxious people were waiting to hear a word from German embassy in Russia. Finally, word arrived and it was time to say good byes to the Leader. Uttam Chand thought how till few days ago they were looking out for alternates. It had been far too long and it was getting more and more unsafe. A brainstorming session later it was decided that the Leader would enter Russia via Khanabad. Tickets were bought. Apparently, the Russian officials were not convinced of the great Leader’s presence in Kabul. ‘Idiots’, thought Uttam Chand. But luckily they came around. His eyes watered when he touched his Leader’s feet. The Leader inturn offered some silent prayers as he also knew this debt could not be repaid to Chand and his family.

Dr. Weller was looking at his colleague in the train and thinking silently. His Aryan upbringing and orders kept him from asking too many questions to the Leader but he wondered, why this shabby, unkempt man was being revered by so many people. He also could not find a reason for his awe. How could a man called ‘The Leader’ by so many travel on Trucks and cross the terrains of Afghanistan on foot to reach Kabul. There was something in the man travelling with him. He had an Italian passport bearing the name of Signore Orlando Mazzota. None of the accompanying NKVD guards knew who the leader was. His only hope of knowing the leader was the long journey ahead of them. They were scheduled to reach Moscow on 27th of March.

The Leader finally reached Berlin. He knows that real work is about to start now. He has to meet Fuhrer. Raise an army and go back to his nation. So many in his country had thought he was a loon. They were not wrong in thinking so. He had no money. He was alone and what he wanted to do was unprecedented. In a foreign land, among foreigners. An iota of doubt flickered in his eyes but his purpose made his nerves into steel. This was no ordinary purpose. He had not traveled 9000 kms for this. This was a divine purpose he was working for. Even God could not stop him now even if he came down and tried himself. He had to do this for millions of people who were waiting back home for him.  But he would prove everybody wrong and by god he would. He would have to pull a miracle.

Newspapers and Goebbles Radio of Berlin screamed- “A Popular Indian Leader has arrived in Berlin to seek German help”. It was a slap on the British intelligence. Bengal CID was embarrassed and their credibility had nosedived. There were 12 CID spies on special duty all the time and still he managed to slip through. A massive manhunt was organised in 30 odd countries, to no use.

He had meeting with German foreign office today. A carefully prepared memorandum of cooperation was to be presented to the German govt. He was working on the principle of “Enemy’s enemy is your friend”. If shaking hands with devil was what it wanted, by god, he would do that. was the only goal in his head and he would do anything to achieve it.

The Leader thought and a wry smile appeared on his lips thinking of the developments. He couldn’t relax yet.  A sense of despair and anger was slowly overtaking him. This had happened countless number of times. The organisation to which he gave his everything backed out of helping him. The person, who was looked upon by him, had played it dirty with him. He tried to understand the reason why did Bapu do that to him. Wasn’t it the right time to ask for total independence from the British? Why should we wait for them to give us independence? Frankly, why would they?

The ball had finally started moving. But he could see the writing on wall. His worst fears came to be true. He was too big and preoccupied to think, ‘I told you so’. The colonizers had spoken and shown their colors again. His compatriots were still trying to woo them. Stupidity! Winston Churchill had said on 3rd Sept that the Atlantic charter which promised freedom to the occupied countries would not be applicable to countries like India. “I did not become the Prime Minister of England in order to preside over the liquidation of the British Empire.” He had to create a back up but that would come later. Right now, they were waiting for him inside the sound proof room. He sat infront of the mike. The authoritative voice spoke. Somewhere, a radio crackled, “I am Subhas Chandra Bose who is still alive and talking to you…” 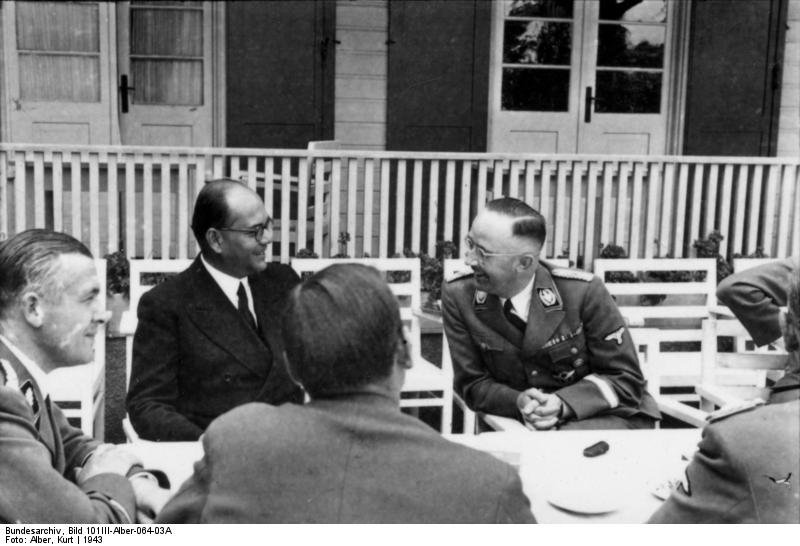 Netaji went ahead and built an entire army through his organisational and leadership skills from scratch. His adventure did not stop in Germany. He went to Japan by a Submarine and created an Indian Govt. in exile. More on that later.

P.S- (1) I have tried to keep the chronology correct as far as it was possible for me. For this I took help of Dr. Sisir Bose’s interview, Roman Hayes’ book ‘Bose in Nazi Germany’ and countless articles from the internet. (2) * means, the date is not correct. (3) If you have any addition or correction to make, kindly leave a comment. (4) This article is not meant to hurt anybody. Only objective was to recreate the scenario and present it to our youth.

Find our other articles on people of history, here.