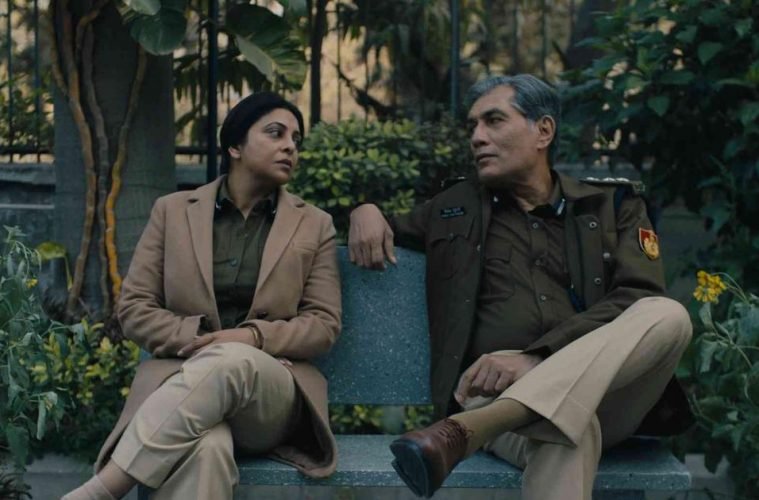 Delhi Crime : A Closer Look At The City We Love To Hate

A couple of years ago, the term “Indian Series” was something of a misnomer. We hardly had any  shows  with a limited number of episodes  cumulating into a finale. What we did have were never-ending saas-bahu dramas and Icchadhari Nagins high on Prozac. So let us raise our glasses firstly to Netflix and Amazon Prime Video. They’ve given us some of our favourite Indian Series. Don’t forget to keep refilling your glasses – we’re going to raise a lot of toasts going forward.

A Prime Candidate for a Weekend Binge-Watch 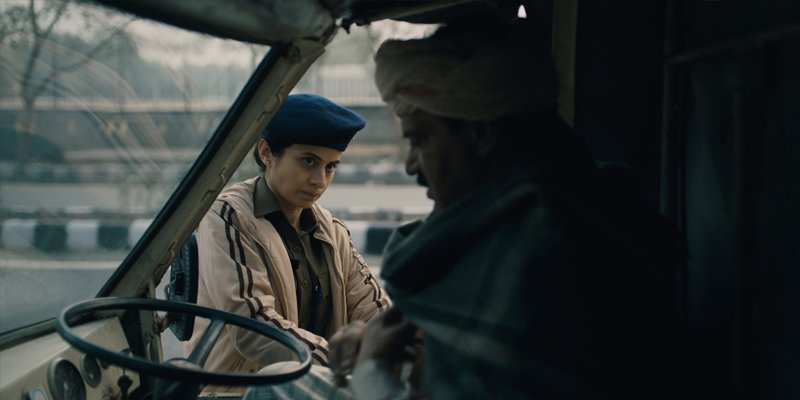 Starting a show about the Delhi Gang Rape [The Nirbhaya Case] brings with itself a sense of trepidation. Will the show be so graphic so as to make bile rise up your throat? Will it be another documentary that will make you question the kind of people you inhabit your city with? Or will it be another piece of film making which is nothing more than a white director showcasing India’s dirt, grit and rampant corruption and lawlessness? After 7 episodes of roughly 45-50 minutes each, I can now safely ask you to cast aside these doubts and go ahead and watch it. It might be a good idea to start the show on a Sunday, for binge-watching is guaranteed. Mind you, there will be moments when you will quietly dab at your eyes and take a deep breath.

Yes, the storyline is etched into our memories, whether we like it or not. A couple watch a movie at one of South Delhi’s most premier malls. Then end up taking a bus from Munirka when all autos refuse to take them to Dwarka. A robbery, a most heinous gang rape and an attempted murder. Director Richie Mehta understands that divinity lies in the details. Which is why, while he artfully shows you the necessary details of the ghastly event in question. He intentionally leaves out the more gory ones. The scene wherein Deepika records her full statement, detailing the what transpired on the night of 16th December appears simple on the surface. And yet, you find yourself feeling nauseated as she slowly recounts her ordeal.

As is the case with Sacred Games, (another Netflix production) the humanising of the police force is an undercurrent that is omnipresent. Actor Jaya Bhattacharya is mostly seen in shades of grey till now. She is wonderfully identifiable as the honest, middle-aged lady police officer who ended up becoming a cop by fluke. Each actor is highly refreshing in the comprehensiveness of the portrayal of their character. From  Rajesh Tailang, who plays Bhupendra, a police officer who has risen from the ranks of a constable to an officer, to the actor who plays the prime accused, Jai Singh.

Another toast must be raised to the actors playing the accused, but mostly to the actor who plays Jai Singh. Jai is an unflinching psychopath whose confesses by saying that he does not regret his acts. Both Rasika Duggal and Adil Hussain fit seamlessly into their roles, clearly depicting that  that even on the opposite ends of the spectrum – (one is a commissioner while the other is still a trainee) every officer in the force fights a battle every day.

One thing that the show decidedly manages to instil into your being is the respect for the Police Force – in dealing with a public that is routinely hostile, and reporting to politicians who see them as nothing more than pawns in their political paccheesi. One sits up and claps triumphantly when Adil Hussain informs the CM that the latter’s son is alive, because the police was doing its job. 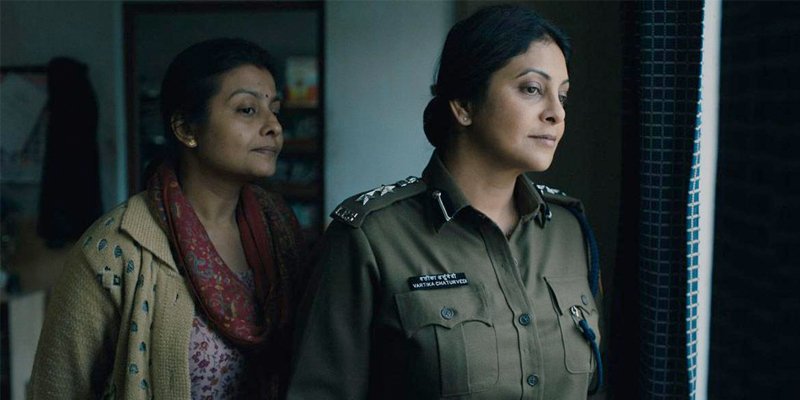 Vartika Chaudhary is, by far, one of the best performances by Shefali Shah through the expanse of her cinematic career. Delhi Crime gives us a determined and tough female Deputy Commissioner of Police who is not afraid to ruffle feathers. She shows tact, strength and resolve in equal measures and at the right time. She’s vulnerable when she tells her husband that she doesn’t want their only daughter to settle in Canada. In another scene, she smiles and asks a vain Station House Officer to stay in the police station as a favour to her, a-la- iron hand in a velvet glove. Character Development comes full circle when in a later episode, she protects the same officer from becoming a scapegoat in an administrative blame game.  Go on, raise that glass.

This isn’t to say that the show doesn’t have its share of flaws. Akash, the male victim is shown in a decidedly tainted light – it would be interesting to hear his side on this portrayal. The Judicial framework in Delhi is portrayed as a mix of high-headed, acid-tongued judges and incompetent lawyers, a depiction which is far from reality. This aspect definitely merited more homework on the part of the director.

The Series Respects the Law of the Land

In totality, the show definitely reaches each one of the milestones that it sets out for itself. Nabbing six suspects within a time frame of five days is no mean feat – a fact that is duly portrayed. The show constantly highlights the importance of following the procedure as laid down by law, and how it can make or break a case. One of the many things we love about the show is its knack of showing you the entirety of its characters within a very small amount of time. It successfully manages to make you question what you do as an individual to aid the force that runs your city. An achievement by itself. Raise your glasses once again to director Richie Mehta.

The tussle between Shah and her daughter is one that is central to the storytelling. It shows exactly the dilemma that each one of us goes through every day, while stuck in the traffic while dealing with men in the metro who casually brush their hands past women. Does one quietly move away, in search of safer localities and greener pastures? Or does one choose to remain in a city, or for that matter, even a country, simply because it’s ours and we believe that we can change it for the better?