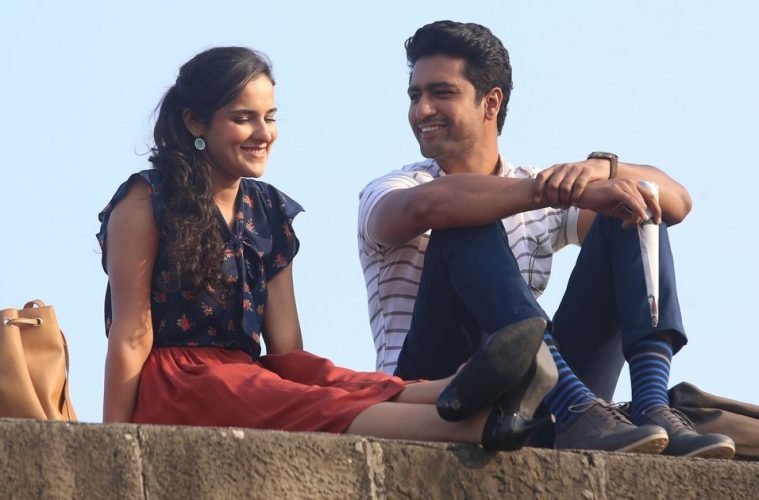 While most of the modern video content is being targeted towards the millennial, seldom do we find content that really encapsulates it. That is to aim to capture not just who the millennial are but also what they truly aspire.

The millennials are not people who watch Roadies or Splitsvilla (or maybe the generation X watches that shit? I don’t know. Too many labels nowadays!), they are not people who are traditionalists by design. But if they are, they are by choice as that is something that defines them. 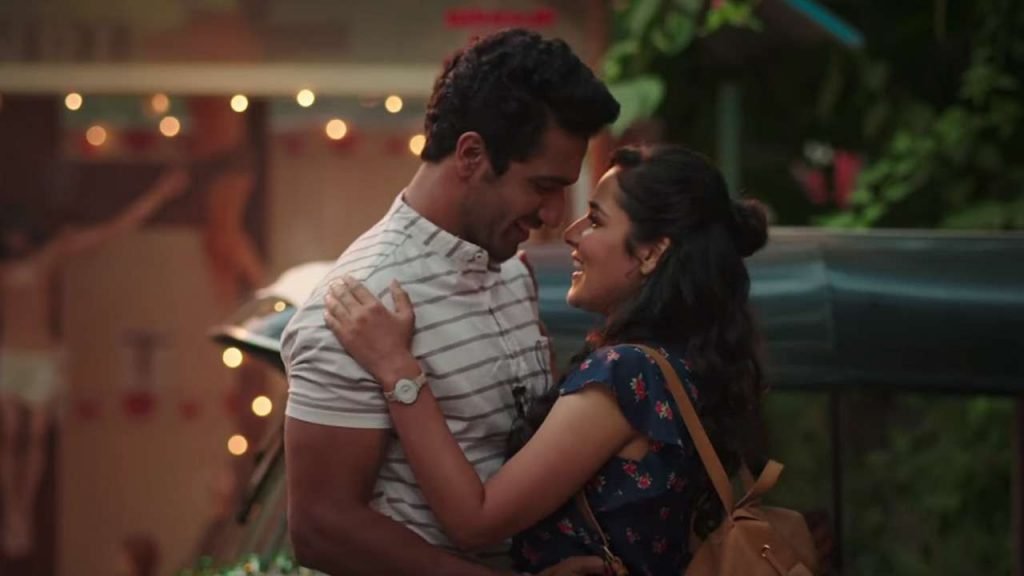 What defines a millennial?

The fact that they are compelled to make their own choices, mistakes and learn from them is what defines them. Whether it is the obsession with comic books and superheroes or shouting ‘Pyaar Ek Dhokha hai’ together on Valentine’s day. The modern millennial is more of a set of ideologies today. It is no longer a particular age group hailing from a particular time period.

And it is not easy at all to capture all of that in a 2-hour long movie. That is why, next time you run into Anand Tiwari, give him a standing ovation for his brilliant movie – Love Per Square Foot. As I am sure he would have received plenty if the movie were to release in theatres.

One of the very first Indian Netflix original films, Love Per Square Foot is meticulously written and beautifully shot. It does justice to every young Indian who yearns not just love but also ambition.

The movie is a story of two young working professionals living in Bombay. They struggle to own a roof for themselves. Sanjay Chaturvedi (played by the brilliant Vicky Kaushal) is an IT professional who is having an affair with his boss. The boss, Rashi Khurana (played by the gorgeous Alankrita Sahai) is already in a relationship. 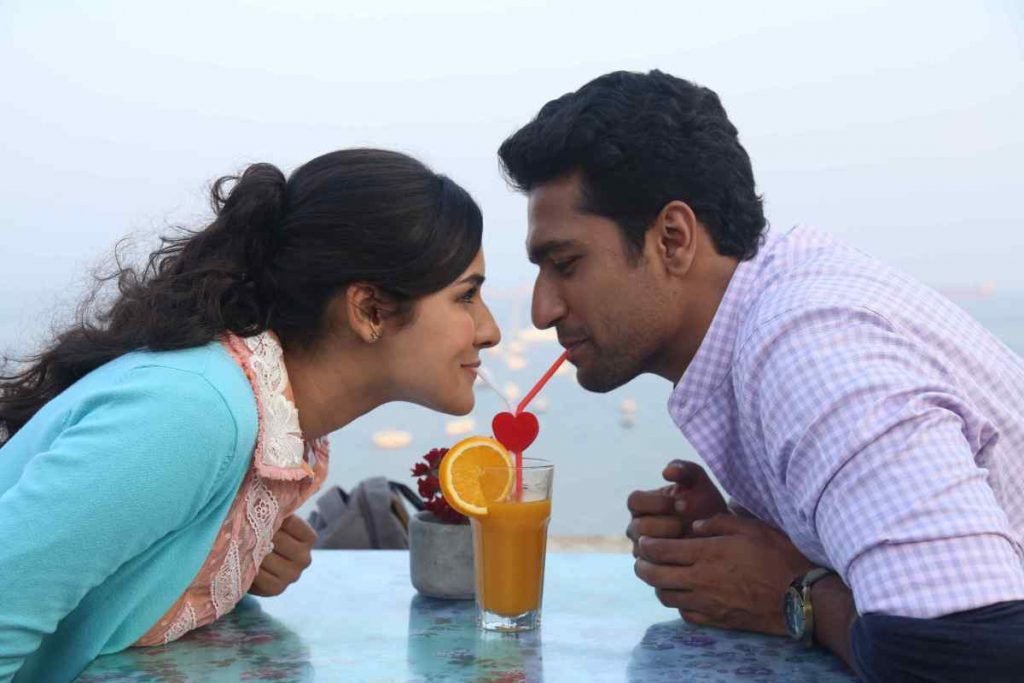 Sanjay, who doesn’t own a house, lives in his father’s government quarters. This makes him unable to woo Rashi or have sex with her. As she feels “uncomfortable” doing it at her present boyfriend’s apartment.

Karina D’Souza (played by my all-time crush Angira Dhar) on the other hand works at the same banking firm as Sanjay. She lives in her house that is beyond repair and always oozes out limestone from the ceiling.

The fact that her neighbour living on the floor above keeps fornicating at unusual times of the day doesn’t help with the oozing either. She is to get married soon and get settled so that she can finally move out of the place. Things take an interesting turn when both the characters arrive upon a new government scheme where married couples shall be granted a chance to buy a flat under the affordable scheme.

The fine ensemble of actors

Alfred Hitchcock once said that fifty percent direction is done if you get the casting right. Anand Tiwari got the casting bang on. The two lead characters get depth because of the ensemble cast of brilliant actors.

Raghubir Yadav and Supriya Pathak play the humble Kanpuriya parents of Sanjay whereas Ratna Pathak Shah shines playing the mother of Karina. Kunaal Roy Kapoor, Arunoday Singh, Brijendra Kala give more to the film than their respective roles are curtailed to. With such a cast of great actors, the movie never feels fabricated or unreal and maintains the realism that makes it ever so wonderful.

Anand Tiwari, I believe, must be held responsible for the genius that he is. Beyond being written flawlessly, the movie captures the nuances and the cinematic grammar like no other movie of this year until now.

The opening shot, the one that can also be seen in the trailer where Sanjay is brushing his teeth while having his towel wrapped around him like a cape is just one small example of the director’s ingenuity. With an opening shot like this, the director is immediately able to identify the superhero-obsessed millennials. As such wastes no time in clarifying the domain of people he is not just talking about but also trying to talk to.

Every dialogue is laced with Mumbai and the movie lives and breathes the place. The movie uses the technique of hook and reveal. It carefully structures the dialogues such that we are already presented with the idea that is going to dawn at the lead characters later in the movie.

And it never shies away to showcase the middle-class family with all its politically incorrect ways of life. There is a beautiful scene in the film where Sanjay’s mother (played by Supriya Pathak) is struggling with her new smartphone. Trying to find a picture of a girl as that she can show it to Sanjay for his approval. While she tries to show the image to him, she says “dekh kitini gori hai!” (see, how fair she is!).

Sanjay, all the while trying to brush his mother off, voices his disapproval. Although, still looks at the image from the corner of his eyes just to see if the girl really is beautiful. The movie addresses a lot of issues such as the loan conundrum. Young millennials try to take a loan in order to buy a house but are not able. Because of the fixed salary and the cost of real estate being extensively high in metros like Mumbai. The problems of inter-religion marriages and the difficult task of bringing parents together is also showcased. 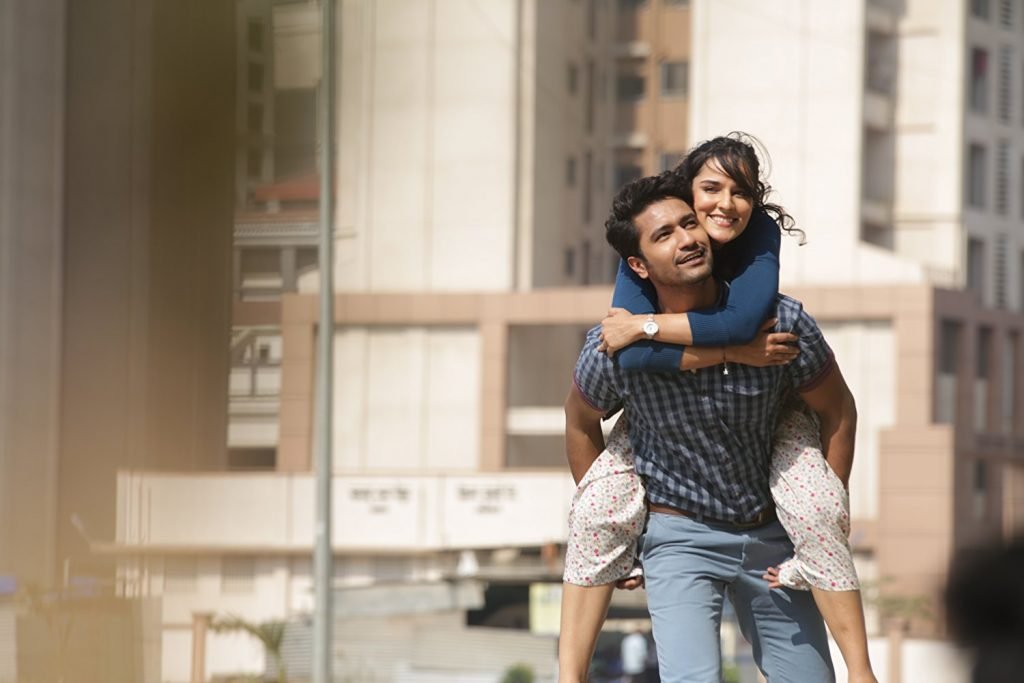 Although I love the movie there is one particular thing that I would like to change about it. Anand Tiwari who plays the character Bunny in Go Goa Gone and the sidekick to the titular character in Detective Byomkesh Bakshy previously directed a Y Films YouTube web series called Bang Baaja Barat.

If movie studious were to be analogous to the material used as a canvas for a painting, then every time you use the same canvas, the painting is going to retain some texture from it. Love per square foot feels like a Yash Raj film more so than being a Netflix original. It is because of this texture that the movie had so many songs for no good reason. Not that I don’t like the soundtrack. The movie tries to use them intelligently but one can only make use of something useless; effectively.

Love per square foot is a modern millennial love story. It does not try to throw at us the age-old side of ‘It is one thing to love them, another thing to live with them.’ It also factors in the ambitions of the youth in the country. Their struggles to be independent and their aspirations are the key ingredients.

If you identify yourself as a millennial or you want to get insights into the lives of millennials, then make sure you watch this film.