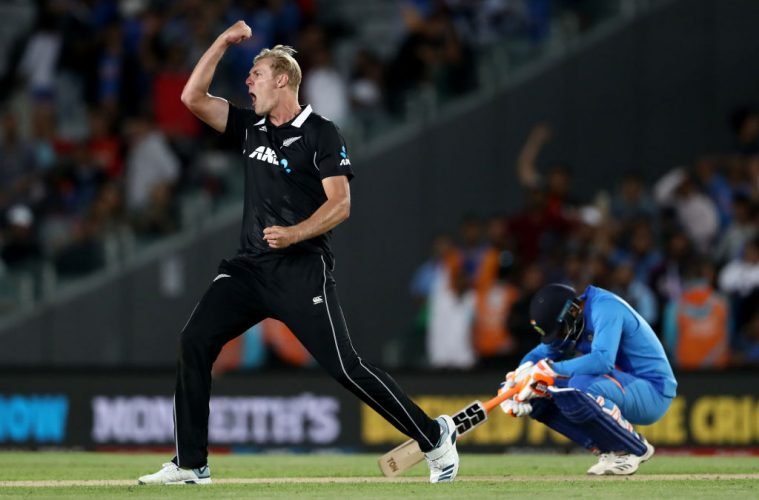 For a change, it was Virat Kohli who won the toss as India elected to field first at Eden Park. Kyle Jamieson got to make his ODI debut for the Black Caps. On the other hand, India went in with Navdeep Saini and Yuzvendra Chahal instead of Mohammed Shami and Kuldeep Yadav. Considering that the last time India played an ODI at the venue with New Zealand, the game ended in a tie. 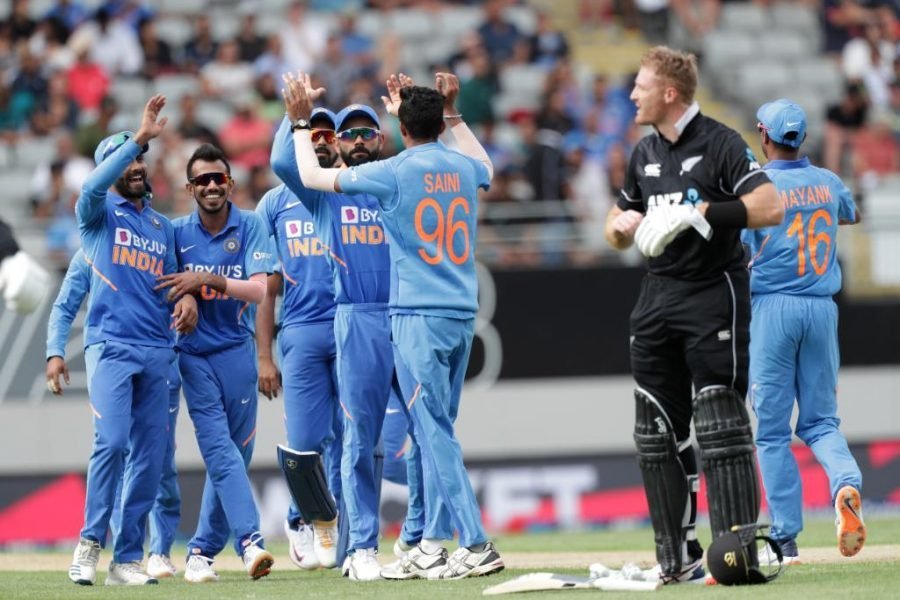 The hosts were off to a splendid start after being put to bat first by the Men in Blue. Martin Guptill who had been struggling to get past the fifty-run mark in his last ten innings rose to the occasion. He went on to register his 36th half-century in ODIs. On the other hand, Henry Nicholls was also batting well from the end. The openers put up a 93-run stand for the first wicket. The southpaw just fell short of his fifty as he was trapped in front of the stumps by Yuzvendra Chahal who got the first breakthrough for India.

Tom Blundell who began slowly got into the groove with two boundary off Navdeep Saini in a space of three balls. It was finally Shardul Thakur who put an end to his short stay at the crease after being hit for a four. It was a sweet revenge for the pacer as he gave a sitter to Saini at mid-off who made no mistake. With the man-in-form, Ross Taylor walking out to bat at No.4 and a set Guptill at the crease, New Zealand were surely on the driver’s seat.

Kohli is Only No3 Batsman above. #KingKohli 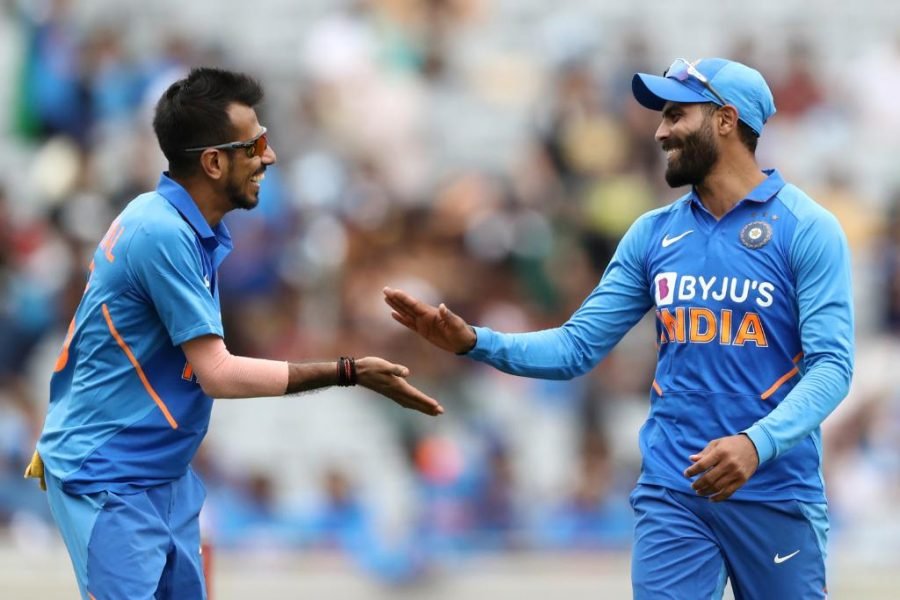 One thing that has remained constant in the ongoing India-New Zealand series is the twist of tales. Whether it was the T20I series or the ongoing ODIs, none of them have fallen short of any entertainment. With the home side cruising at 157/2, Taylor reverse sweeped one to short third man and decided to go for a quick single. It was a harakiri moment as Shardul’s throw was quite accurate and Guptill was way out of his crease. The untimely wicket triggered a collapse in the Kiwi batting order.

From 157/2, New Zealand went on to be reduced to 197/8, losing 6 wickets in a space of 40 runs. Ravindra Jadeja who was bowling quite economically accounted for the skipper Tom Latham. Then in Navdeep Saini’s over, there was another run-out involving Ross Taylor. The Twitter celebrity Jimmy Neesham tried to challenge Jadeja’s hand but failed to do so. The flurry of wickets continued as Colin de Grandhomme played a reckless shot to get out. Chahal who missed out on the last game got the better of Mark Chapman and Tim Southee too.

At a time when the possibility of the Kiwi batting lasting 50 overs seemed bleak, Ross Taylor put up a phenomenal show with the bat. He carved out a special knock of 73* batting with Jamieson who also scored a crucial 25* (24) with two maximums. India failed to get another wicket in the match as even Jasprit Bumrah went for 14 runs in his last over. The Kiwis put up a total of 273/8 on board in their quota of 50 overs.

Ross Taylor at it again.

India lose wickets in a flurry 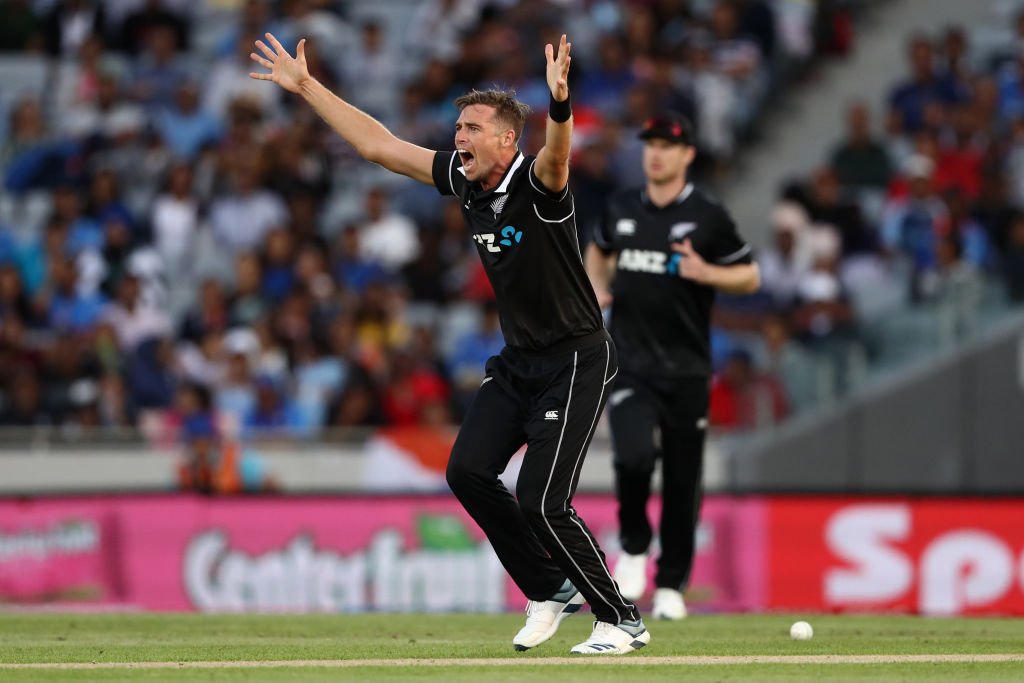 The visitors were off to a poor start as Mayank Agarwal was dismissed cheaply. Hamish Bennett struck first blood for the Kiwis. Prithvi Shaw who had hit just six fours without rotating the strike even once was bowled by Jamieson who got his maiden ODI wicket that too in his very first over. With both openers back to the hut early into the innings, the onus again fell upon Virat Kohli whose painful stay at the crease was put to an end by Southee as he played it onto his stumps. India had lost their top 3 within the first powerplay.

The Black Caps continued to exert pressure as they got rid of the in-form KL Rahul who has time and again been India’s crisis man. Another inside edge dragged onto the stumps. Kedar Jadhav whose inclusion in the side has created a lot of furore disappointed after playing a fantastic cameo at Hamilton. Southee got his second wicket as half the Indian team was back to the pavilion with just 96 runs on the board.

Indian team without Rohit Sharma is like Virat kohli with RCB. #NZvsIND 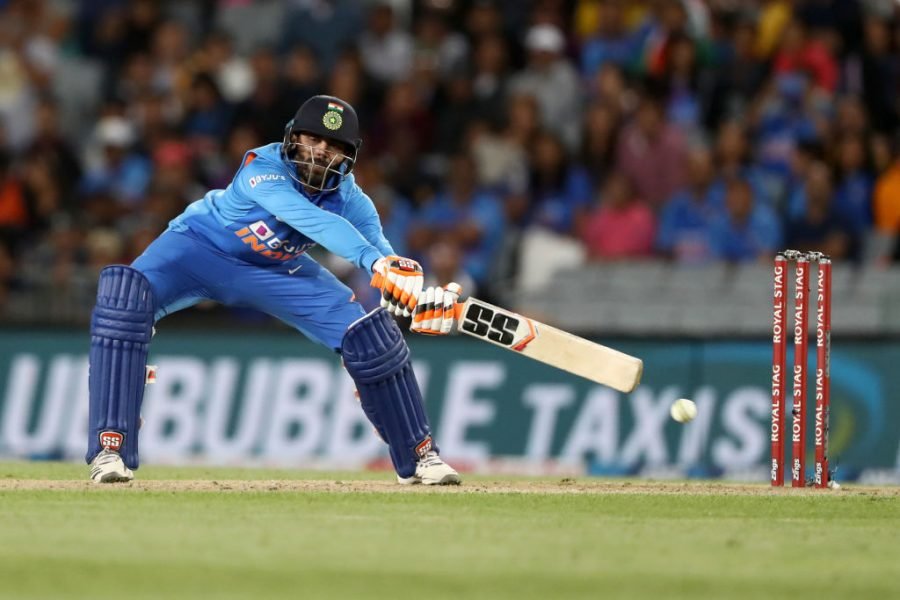 Shreyas Iyer who scored a century in the first game carried on his good form as he registered another half-century against the Black Caps. While the wickets kept tumbling from one end, he continued to battle alone from the other side. However as soon as he reached his fifty, the coveted No.4 ended up playing a rash shot only to get a top edge with wicketkeeper Latham making no mistake at all. Shardul Thakur also soon followed him back. With India seven down, there was hardly any respite left for them.

That is when the duo of Jadeja and Saini put up a 76-run partnership for the ninth wicket. To make things more unbelievable, Saini was the aggressor between the two as he slammed a couple of sixes and five boundaries in his innings of 45. Jadeja also completed his half-century, which was also his second at the ground. However, both couldn’t take India to victory as they fell short by 22 runs. Jadeja got out in the penultimate over.

Jadeja getting better support from Saini than what he was getting in The World Cup Semi Final!!#INDvsNZ

Was a strange game today. Each team would think it missed opportunities but India missed the key ones. Iyer had to take it deep like Jadeja, who was excellent till about over no 44-45. Iyer will be better for this experience.

With this loss, India have now conceded the series with one match to go. On the other hand, the Kiwis have registered their first bilateral series win against India since 2014. The last match is scheduled to be played at the Bay Oval in Mount Maunganui.

Find our review of the previous India vs New Zealand ODI, here.