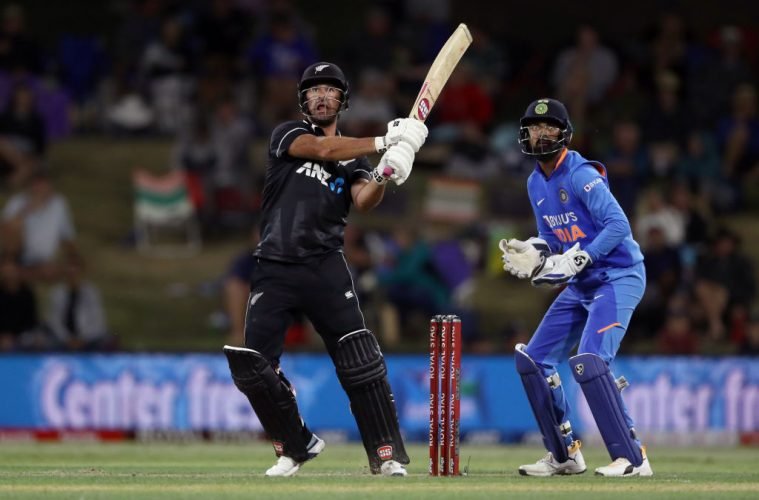 The Black Caps went on to complete a whitewash as they registered their fourth consecutive victory in ODIs. It was sheer brilliance from the Kiwi batting order as they chased a total of 296 with almost three overs to spare. After going down 5-0 in the T20 internationals, it was a superb fightback from the New Zealanders. The focus will now shift to the World Test Championship but the Kiwis will be proud of the performance in the ODIs. Earlier in the day, it was skipper Kane Williamson who won the toss as the hosts elected to bowl first. 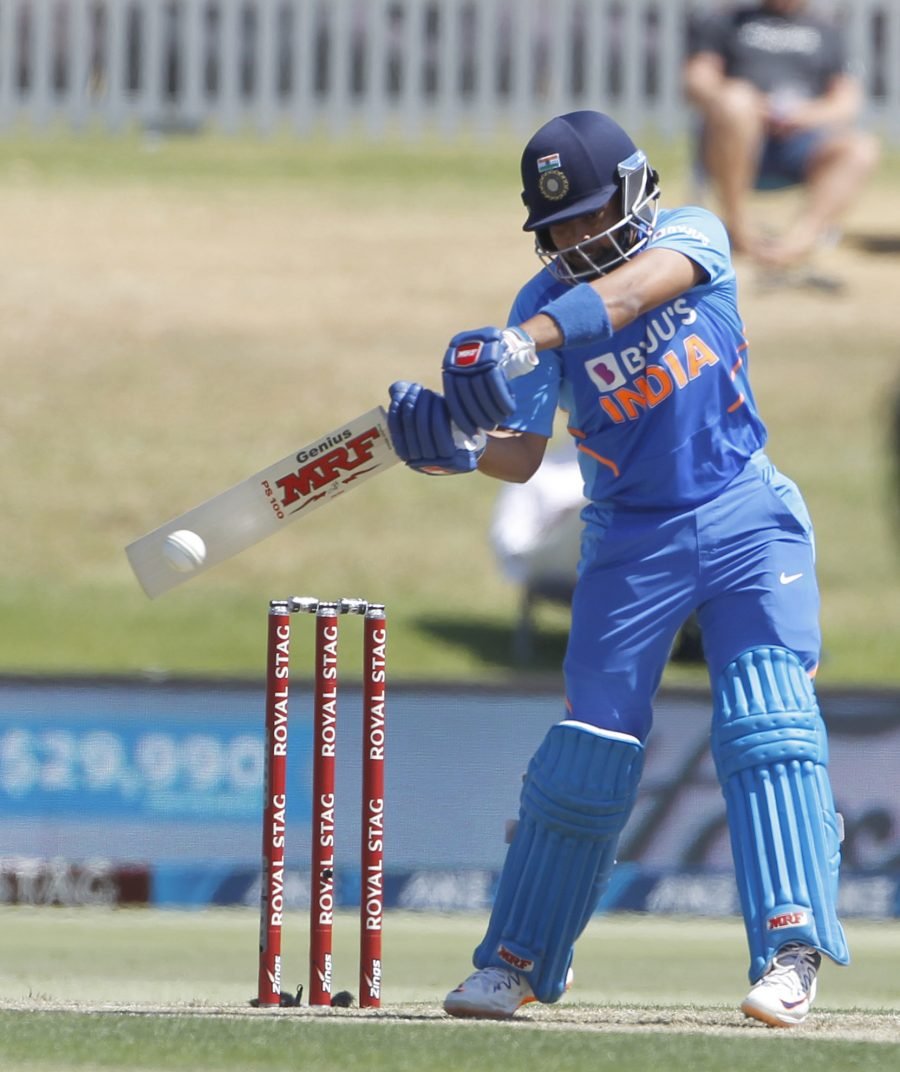 For the third consecutive time in the series, the openers couldn’t give a good start to the visitors. Mayank Agarwal was again dismissed cheaply as he was bowled by Kyle Jamieson in the second over. While the 28-year old has cemented his place in the traditional format, he couldn’t do anything special throughout the series. Virat Kohli who came in at No.3 too couldn’t prolong his stay at the crease. The Indian skipper who began quietly went after Tim Southee as he slammed him for a flat six.

However, he ended up finding Jamieson at third man as Hamish Bennett again accounted for the wicket of Kohli. Prithvi Shaw was the only one who showed some promise at the top order. After failing to get going in the first two ODIs, Shaw slammed Bennett for 16 runs in an over which included a boundary and two maximums. Just when the 20-year old was closing onto his fifty, he ended up running himself out on 40 as he attempted a difficult second run, which was always going to be out of his reach.

Prithvi Shaw is a brilliant batsman who has the capability to destroy opposition attack but he has to do something about running between the wickets. 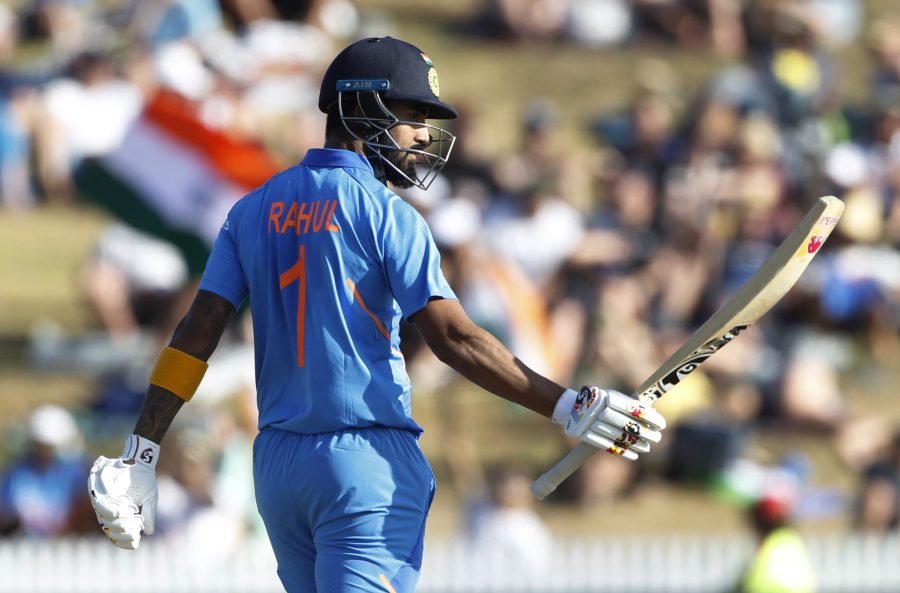 The Men in Blue were reduced to 62/3 with KL Rahul and Shreyas Iyer again set with the task to rescue them. Both the batsmen put up a 100-run partnership for the fourth wicket as they showed great resistance in the middle despite the pressure. Iyer went on to register his third consecutive fifty plus score in the ODI series. He was looking good at the crease before Colin de Grandhomme held on to a fantastic catch. On the other hand, KL Rahul scored his fourth ODI ton, his first century batting at No.5.

He and Manish Pandey added 107 runs from just 97 balls as they put India in a strong position. India were set to score 300 but Hamish Bennett’s twin strikes sent both of them back to the pavilion. While Rahul got out for 112, Pandey was dismissed for 42. The right-arm pacer went on to pick four wickets even though he conceded at a rate of above 6 per over. India were restricted to 296/7 in their 50 overs as Jadeja and Saini scored 12 runs off the final over.

Guptill, Nicholls begin with a bang 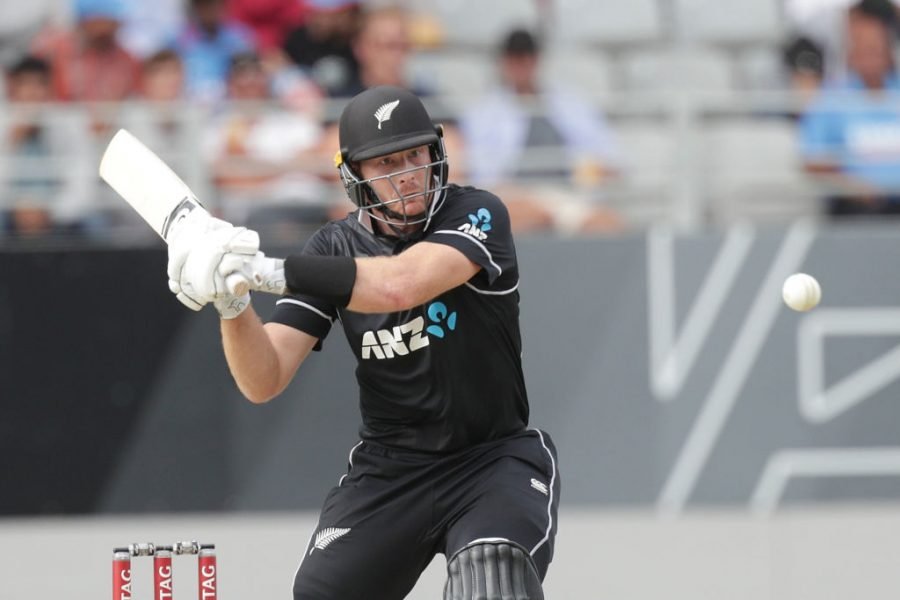 Martin Guptill who has been on song in the ongoing ODI series was again off to a spectacular start. The Kiwi opener blasted a 46-ball 66 knock as he got the hosts off to a wonderful start. The 33-year old hit four sixes and six boundaries as he and Henry Nicholls put up an opening partnership of 106 runs from just 97 balls. Both set the platform for the Black Cap’s run-chase. Yuzvendra Chahal got the first breakthrough as he managed to run through the gates of Guptill.

Henry Nicholls continued to bat sincerely as he reached his fifty. Skipper Kane Williamson who was coming from a comeback began cautiously. He was looking comfortable till he ended up finding Mayank as Chahal got another scalp. The man-in-form Ross Taylor got dismissed for the first time in the series as Ravindra Jadeja got the better of him. Nicholls who was looking poised for a possible century fell to Shardul Thakur as New Zealand were reduced to 189/4.

Kohli to Rahul….mate, can you also bowl today?? #NZvInd 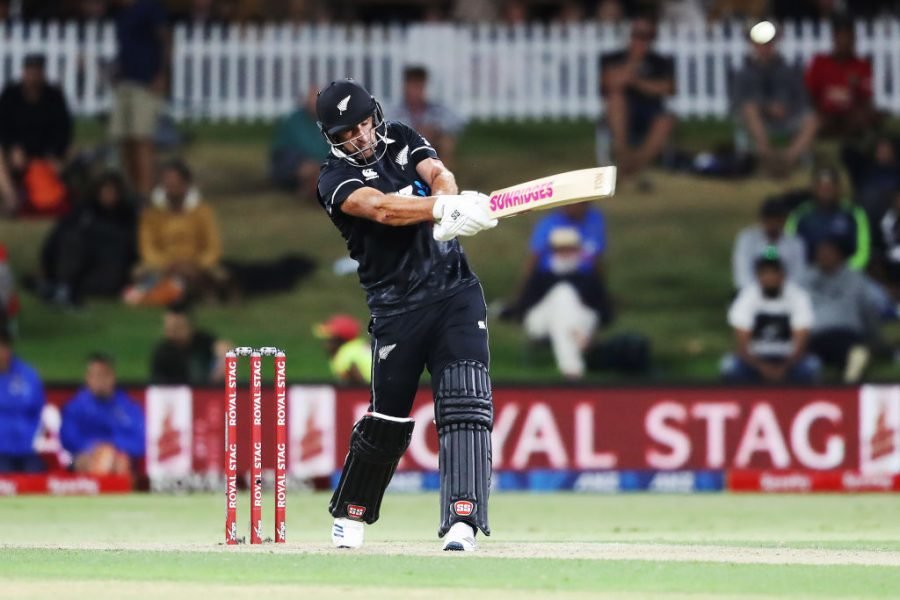 With the Kiwis in a spot of bother, skipper Tom Latham and Jimmy Neesham had a task in their hands. Neesham who has showed great form on social media failed to replicate it on the field as he was out for 19, giving Chahal his third scalp. However, it was de Grandhomme’s entry to the crease that swinged the momentum totally in the home side’s favour. With 77 runs required, the all-rounder scored 51 runs of them.

He began his onslaught against Chahal before taking Shardul to the cleaners. In a matter of time, the required rate was below six as he eased off the pressure in the dressing room. With the series won, there wasn’t much at stake for the Black Caps but they put up another wonderful performance on the field. Even the great Bumrah couldn’t account for any wicket as de Grandhomme scored a 21-ball fifty as he brought it up by hitting the winning runs.

The last time before today India got whitewashed in an ODI series of 3 or more matches:

Jasprit Bumrah did not pick a single wicket in a bilateral ODI series for the first time in his career.

India looked completely incompetent against the hosts, after winning the T20I series 5-0. #NZvInd

It was a wake-up call for India in the One Dayers. Shikhar Dhawan and Rohit Sharma’s absence hurt India’s prospects at the top-order. Kohli surprisingly didn’t register a big knock in the series as an average of 25 is his lowest in a bilateral series since 2015. Jasprit Bumrah’s poor form also didn’t help as the pacer failed to get a single wicket in the three-match series. The positives were KL Rahul and Shreyas Iyer who have finally consolidated the much coveted No.4 and No.5 positions. While there’s no big ODI tournament coming up anytime soon, the Men in Blue have a lot of loopholes in their side that will need to be sorted soon.